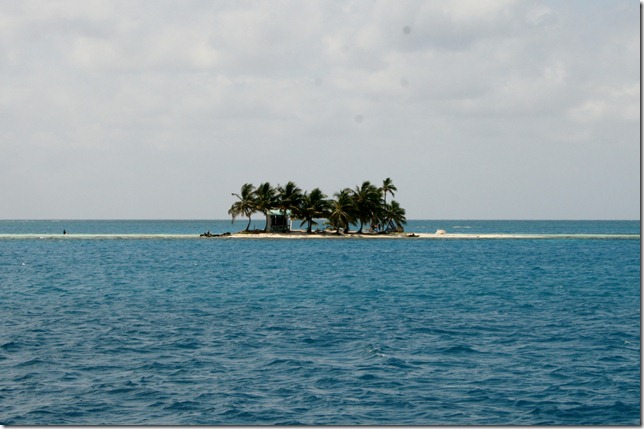 This is how I always picture Belize.  Sandy cayes and palm trees surrounded by beautiful clear waters.  While there are many cayes like this… 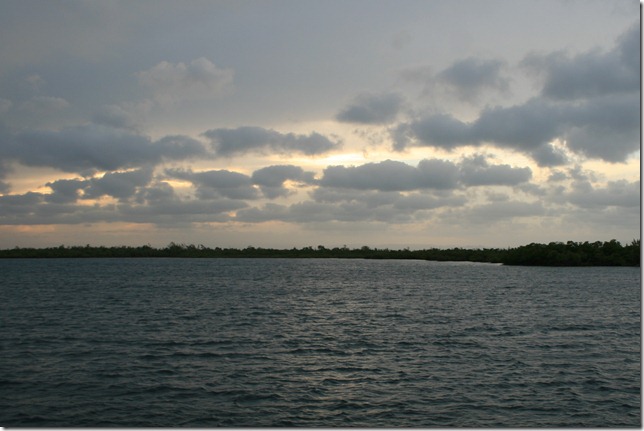 most are like this—mangroves.  The waters are still clear and beautiful all around, so swimming and snorkeling are great on almost all the cayes.  But I hoped for every day at a deserted sandy beach too.  After our night at Lark Cayes we headed east 12 miles in the morning to the beautiful Queen Cayes right on the barrier reef.  The Queen cayes consist of 3 very small sandy beach cayes with palm trees. 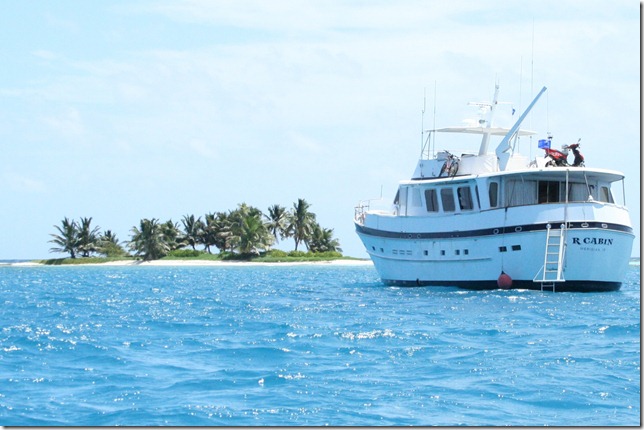 This picture is meant to make you jealous.  I told david that when we sell the boat this will be the picture we show of it, anchored at a gorgeous deserted beach in Belize.  We anchored off the middle Queen Caye b/c it seemed to have a good sized anchorage amidst the surrounding coral and the Caye to the south while just as gorgeous seemed to be where the daily excursions went—people were there. 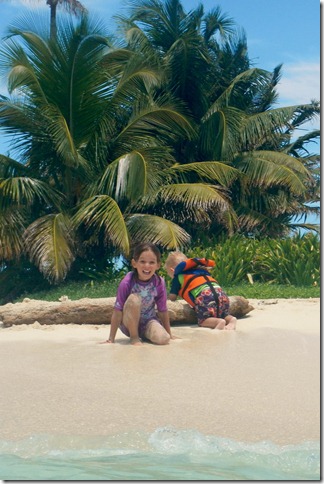 We started getting ready to head over to the beach when the park rangers showed up.  I knew there was a daily fee to be in the reserve, but then the rangers asked if we had a guide on board.  hmmm… we said no, do we need one?  They said yes, to visit the Queen Cayes you must come with a guide.  This was news to us.  Some of the parks want you to snorkel or dive with a guide, but we just wanted to play on the beach and in the waves.  We asked if we could do that, and they said no, and if there is no guide you can’t anchor here either.  We were told we would have to leave.  We asked if they could be our “guide”  and they said no, they are just park rangers.  We then asked if there were guides on the other caye to the south and they said yes.  We asked if one of them could be our guide too.  The rangers said they would go talk with them and then radio us.

David lowered the dinghy, if we had to leave, we at least wanted a picture with the boat and island together.  So we motored around to get a good picture to make you all jealous, then we took the dinghy over to the south caye to find out about a guide.  One of the dive boats had pulled up to pay their park fee before heading out to dive and snorkel on the reef, they said they had an extra guide on board and he could stay with us.  We only had 2 hours before we had to pull anchor and find an anchorage for the night, as we couldn’t spend the night there.  So the dive boat dropped their guide with us after we picked up the kids and we all headed to our deserted little island. 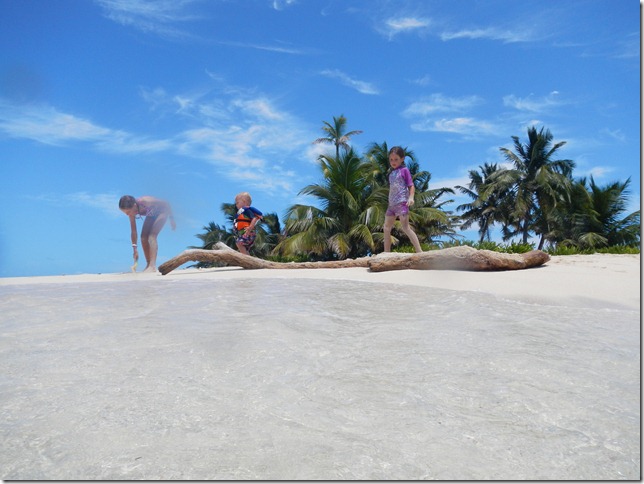 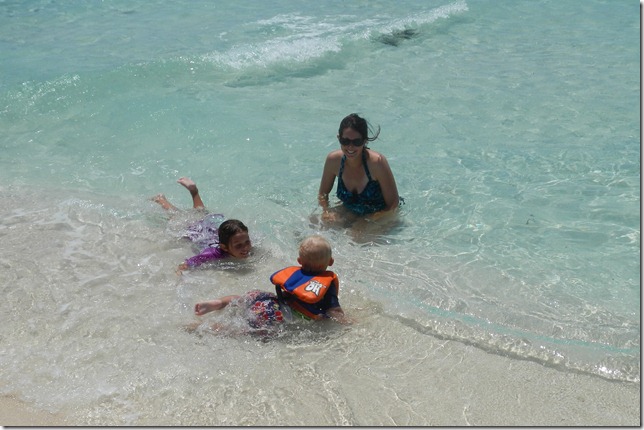 We had a great time!  France was our “guide”, we found it quite silly that we needed supervision to play on the beach.  The dive boat captain told us that it was a very new rule to this particular park and they are all adjusting.  Of course it helps the guide business as it means no one can go out there with out hiring a guide to take them or go with them, which I guess is good for their economy, but makes it difficult as a tourist traveling in a private boat.  We had a nice time with France and enjoyed his company.  He told us he was of Garifuna descent.  It is one of the common ethnicities in southern Belize.  He said that English is his 2nd language, and Garifuna his first.  He shared some words with us, but I can’t remember any. Garifuna culture can be found from the Bay Islands of Honduras up the Caribbean coast to Mexico.  They are descendants of people they called in the 1700’s Black-Carib. A mixture of Brazil heritage and Nigerians. 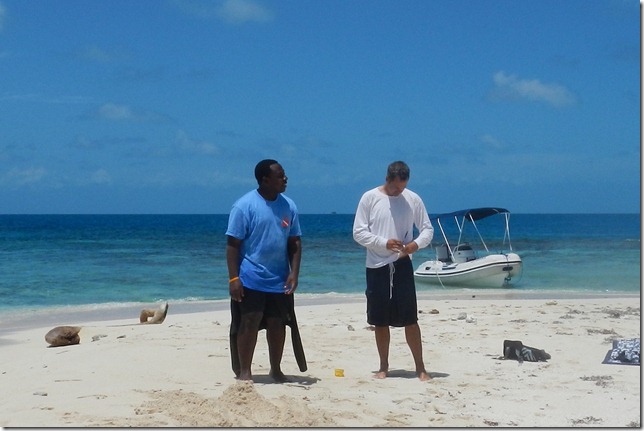 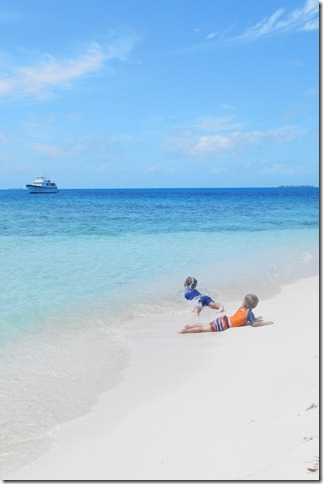 The water surrounding our little island was beautiful.   It was fairly wavy and the water would push the kids up and down the beach as it came in and out.  It was crystal clear and the sand was soft.  The island was quite surrounded with reef so we were able to snorkel around easily and look at little fish and coral nearby.  It was such a great day that we did not want to leave.

But we had to go. We paid France and his boss $50 US for the 2 hours of “guide” service, and then the park rangers an additional $30US.  Quite an expensive amount for our deserted island dream.  Had we been able to stay longer it would have seemed more worth it, but we had to find a safe harbor for the night.  We loved being there anyway and will remember the beauty of the day instead of the fees.