Our adventures with Conch

We didn’t get very good pictures of trying to open the conch shell and get the snail out, so you will have to see thru the blurriness of the photos.   We gave the camera to Savannah and she wanted to get close ups, but she didn’t make sure they were focused. 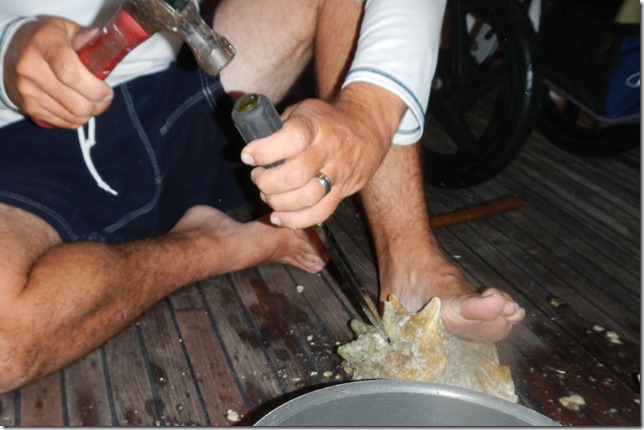 So, either we are retarded, or it is not as easy as the youtube videos I watched make it out to be.  We had to hammer a hole in the crown of the shell and poke it with a large flathead screwdriver.  This supposedly breaks the suction of the snail to the shell.  Well, we found that to be easier said the done.  The shell is really tough to break.  I was worried David was going to hit his finger or foot or leg and we’d end up with a medical emergency just trying to crack a small hole in a Conch Shell. 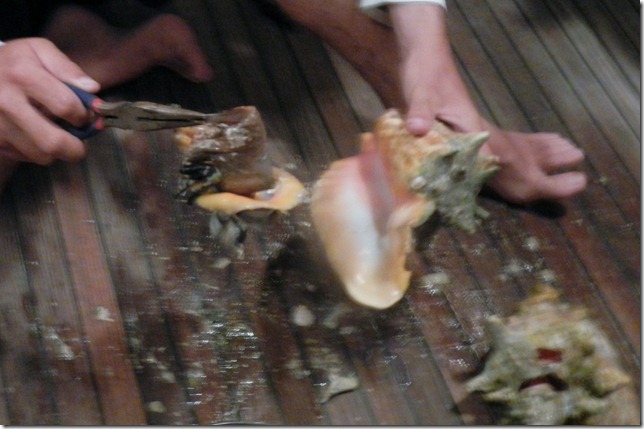 Once you have your hole and have poked it with your screwdriver to break the suction, you’re suppose to be able to just reach in the shell from the outside and pull out the snail.  Yeah Right!  This was tough.  First of all we could barely reach the snail with our fingers in the tight curl of the shell.  Second, those snails are really suctioned in there!  David finally got out a pair of pliers and was able to reach in and pull hard and get the snail out.  This was after we hammered away a lot more of the shell.  The kids were upset we were breaking their pretty shells, but those snails were hard to get out! 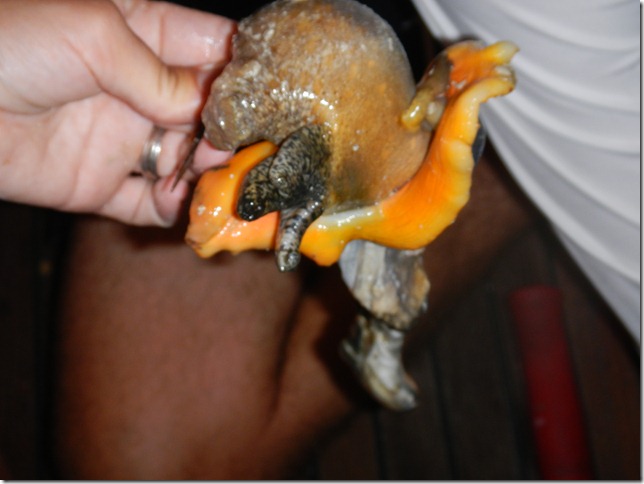 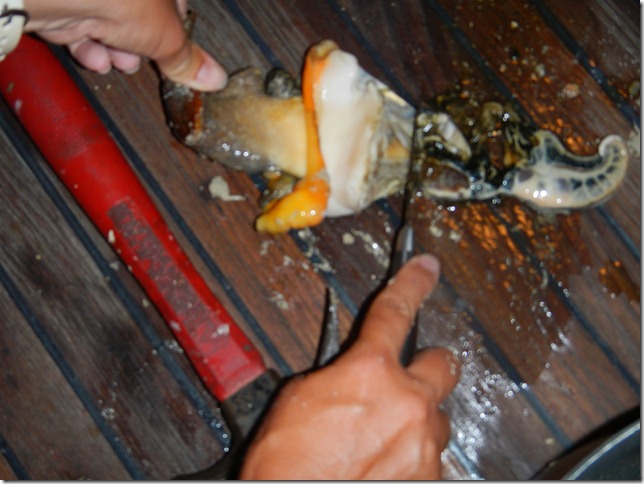 Once the snail is out, you have to clean it and cut off the unusable parts.  The white parts are the meat.  A large portion of it requires cutting off the skin, it is quite a tough skin and took me awhile to cut it all off.  After cleaning out 3 shells we were done, the 4th we threw back in the water.  It was definitely a learning experience and I am sure if we did it over and over we would get it done better.  I washed off the meat and put it in the fridge for dinner tomorrow night. 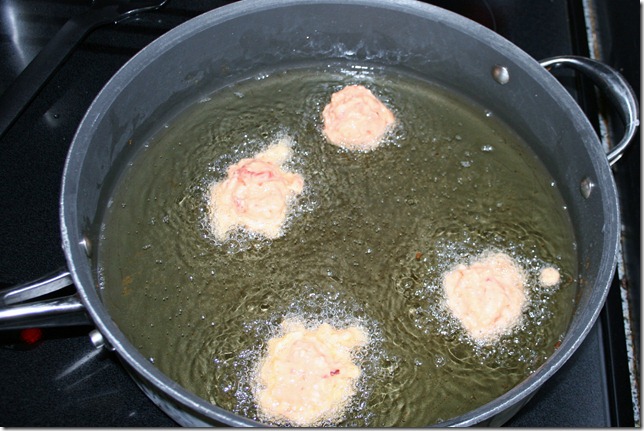 I had read online that the meat is rather tough and needs to be beaten or chopped up super small—so I pulverized it in my blender.  I added red bell pepper, onion, celery, garlic, egg, flour, salt and pepper, and a dash of red pepper flakes.  Stirred it up and deep fried them to make fritters.  They turned out beautifully, and were quite tasty.  The kids were a little unsure, but everyone had to try at least one.  Calvin and Savannah each had more and decided they like them.  David and I ate 4 or 5, they were really pretty good.  Isabel and Benjamin ate their one, but just wanted more potatoes.  Matthew ate his and had a little more.  If the youngest eats it then it has to be good—he is picky. 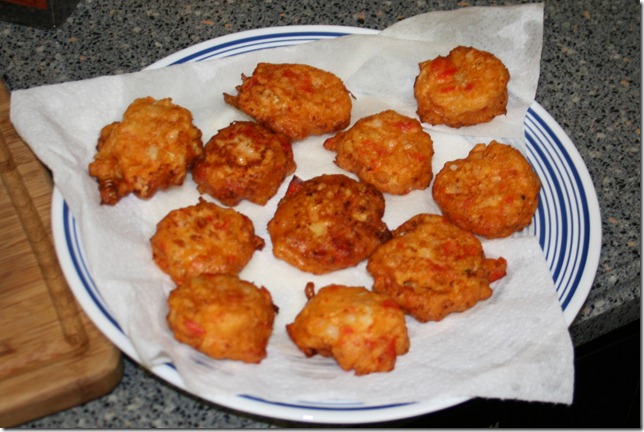