The day was nice and calm.  We left early in the morning for the all day passage up to the Abaco Islands.  We left Harbour Island through the south channel.  David and I had driven around thru the area the evening before, checking depths on the route to make sure there would be no surprises in the channel in the morning.  And we had good depths on the route all the way out to the deeper waters on the east side.

The seas were calm and it was a calm ride all day.  We arrived at the North Bar channel in the South Abaco Islands just before dinner.  After entering into the sea of Abaco, we continued further west to anchor along Great Abaco Island near the Snake Cays.  We picked this area for great SW thru NW wind protection.  However, when we dropped our anchor, it wouldn't set.  As we pulled in reverse, we drug backwards.  We picked up the anchor again, and looked at anchoring to the north of the boats there, but saw alot of rocks and coral below the surface and decided to go back to the eastern area where we had first dropped the anchor and look for a more sandy patch.  We dropped again, but did not rev our engines up as high as usual, and thankfully the anchor held.  We decided to watch it and make sure our anchor alarm was working, but felt confident the anchor was set good enough for the light winds tonight.  I get nervous enough setting the anchor, but this time all the other boats anchored nearby were out enjoying the sunset and watching us.  That adds even more pressure to making sure we get it right! 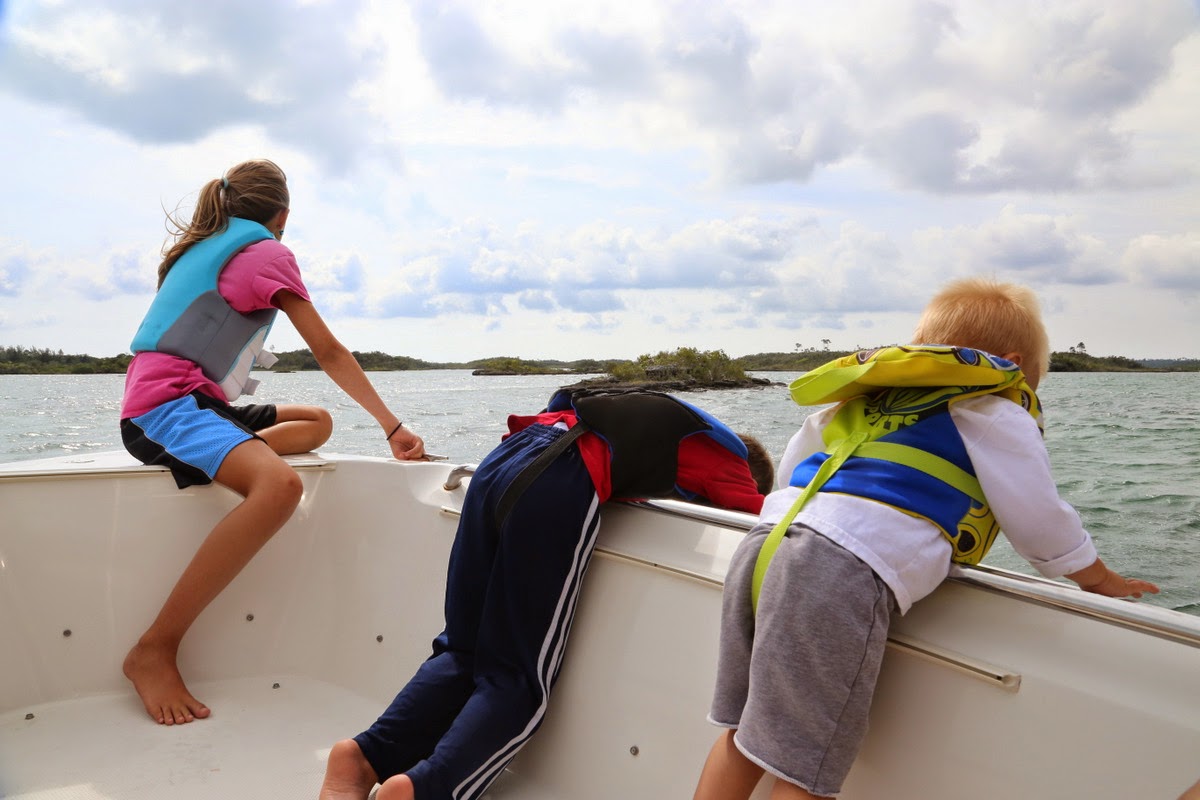 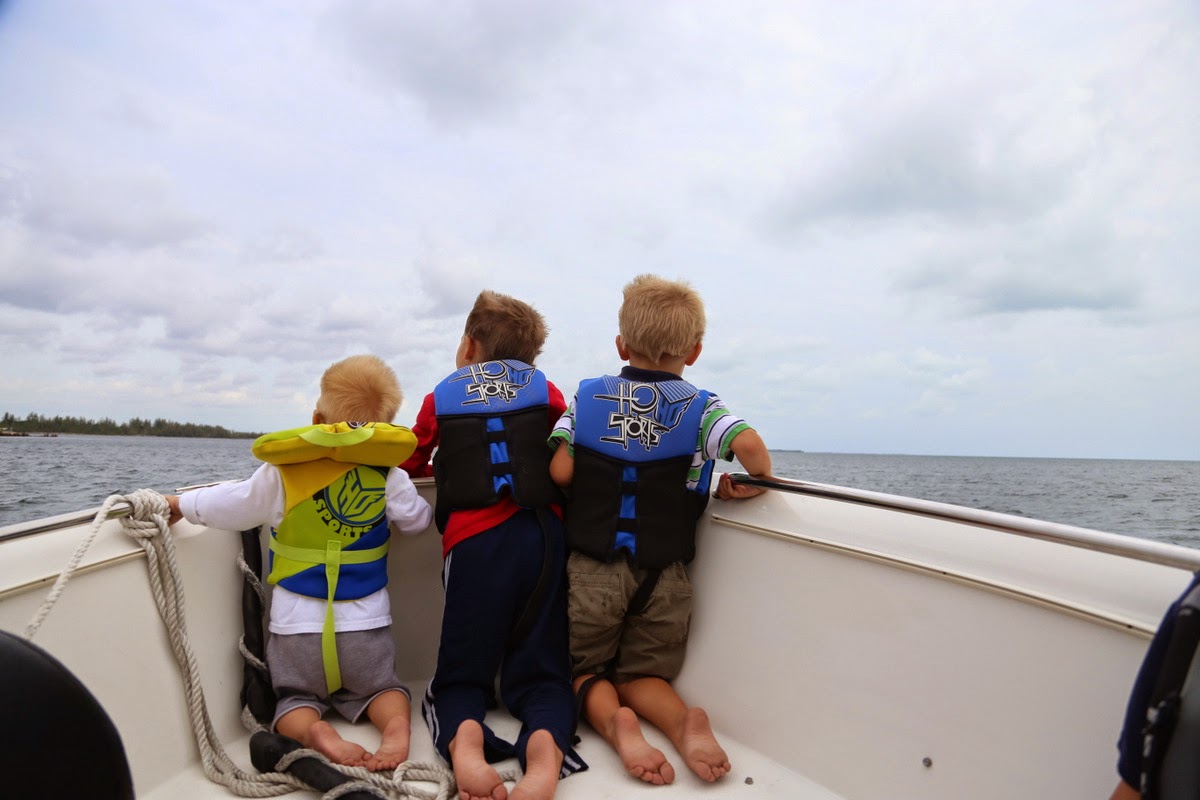 In the morning we headed off in the tender at high tide for an enjoyable slow tender ride through the mangrove cays along Great Abaco Island.  Again the adults enjoy these tender rides far more than the kids.

That afternoon we headed a few miles north east to Tahiti beach.  We anchored just west of the pretty beach that grows as the tide falls.  It really is a very pretty area. The beach is a long stretch of sand that appears as the tide goes out, and slims down when the tide comes in.  We anchored close enough to kayak or swim in to the beach. 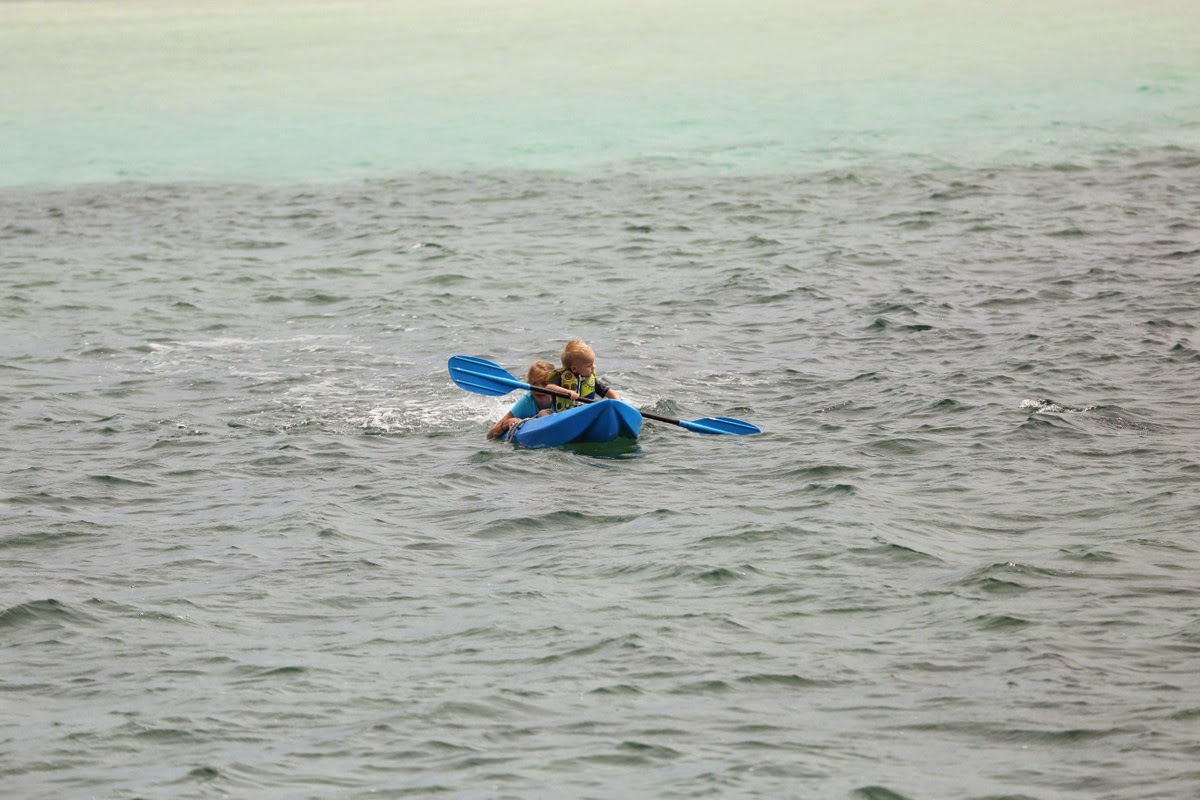 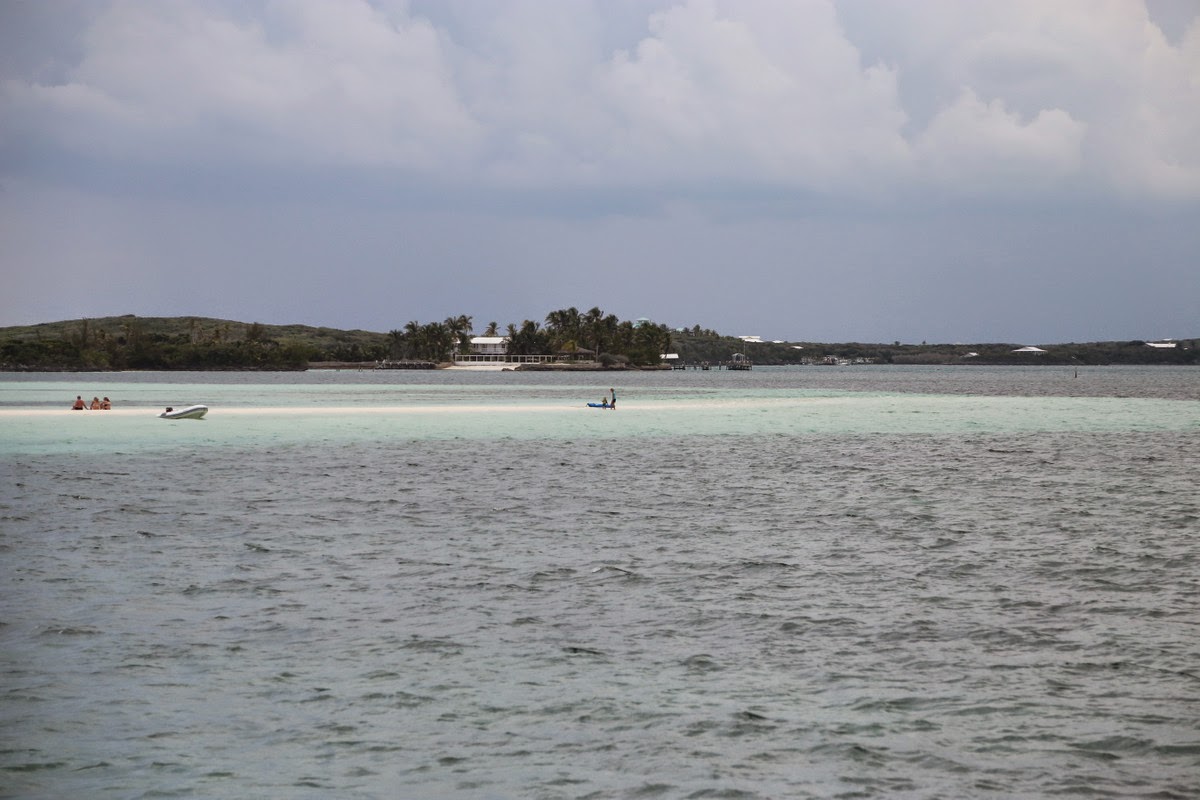 With high tide in the afternoon, the kids finished their school work to kayak off to the beach to play. Matthew and I had a great swim into the beach.  Two other kids came over to play on the sand with us.  Myra and her twin brother Aeden are 8 years old.  They live on a sailboat and just moved here to the Abacos from Florida.  The kids all got along great and had a fun time playing together for a few hours. 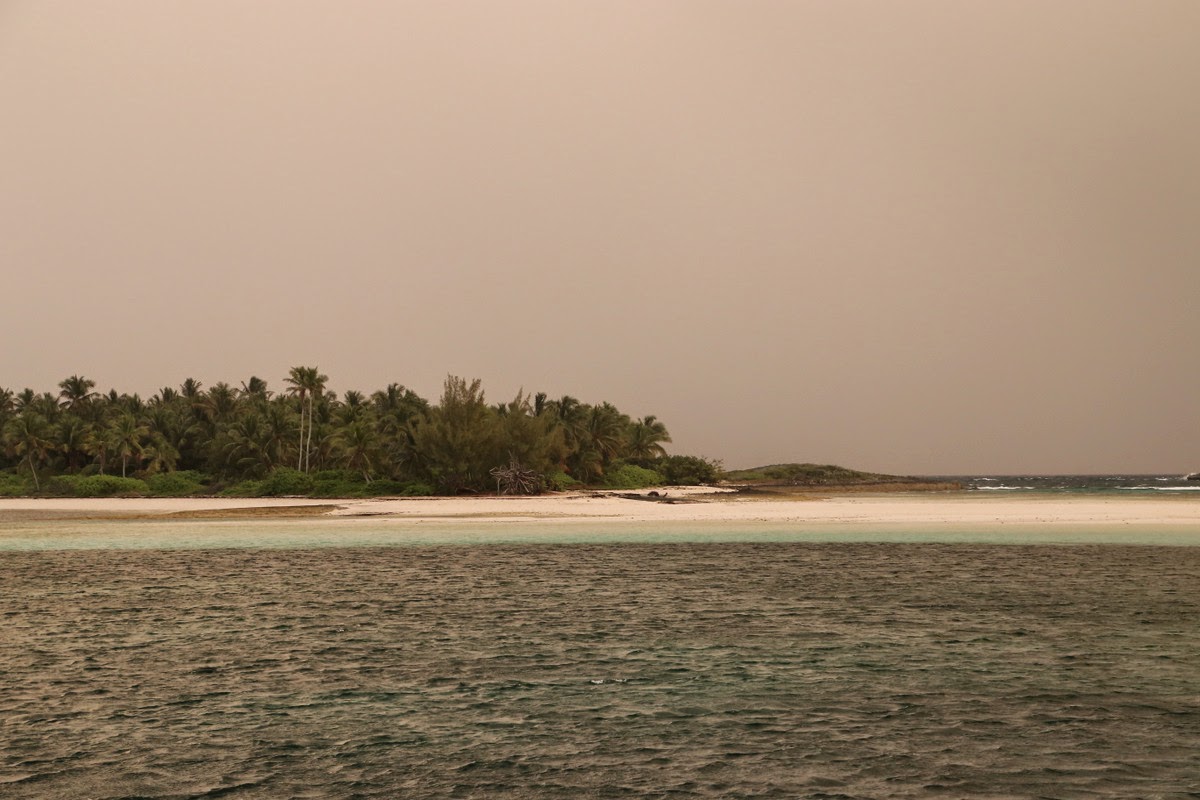 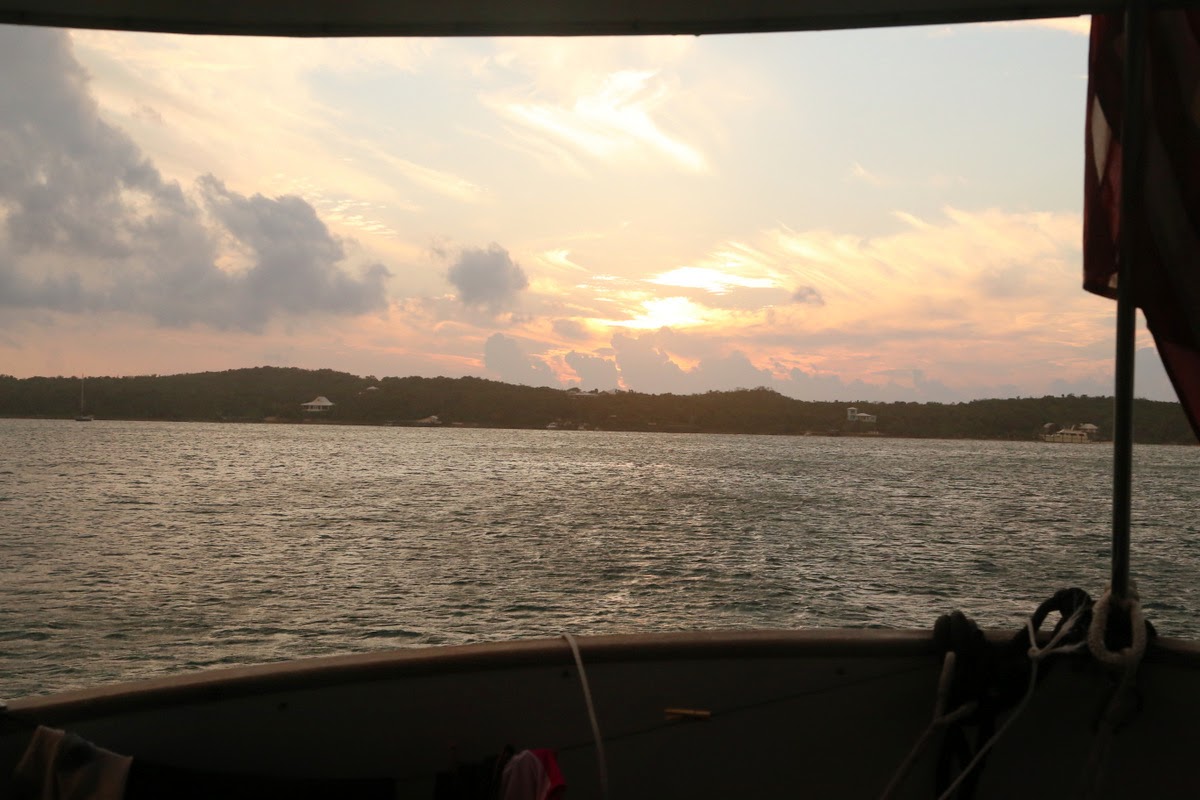 The next day after finishing school work, we radio'd the sailboat Dulcinea, to invite Myra and Aeden to meet at the beach for hours of playing.  This was how it went for the next several days.  Rain or shine, the kids had so much fun playing together, at the beach or on each other's boats.  A few times we went into shore to scooter, or go to a pool.  The kids became fast friends. 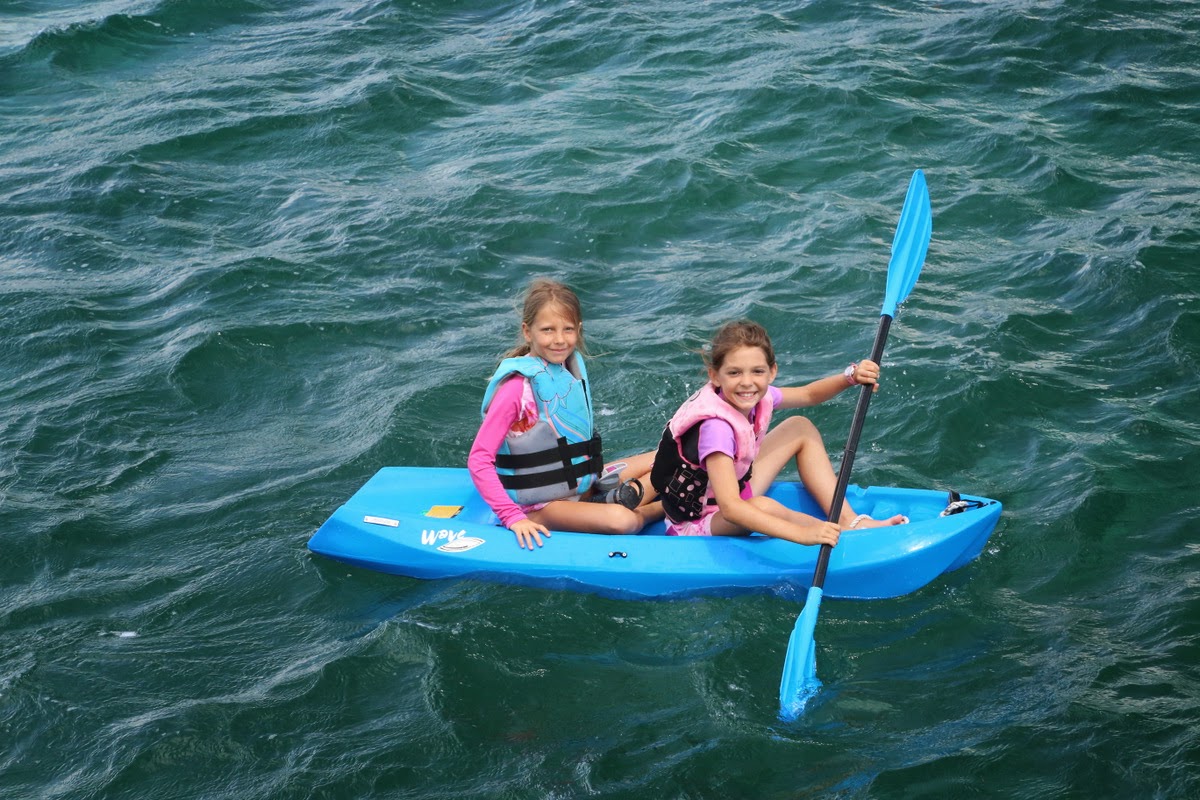 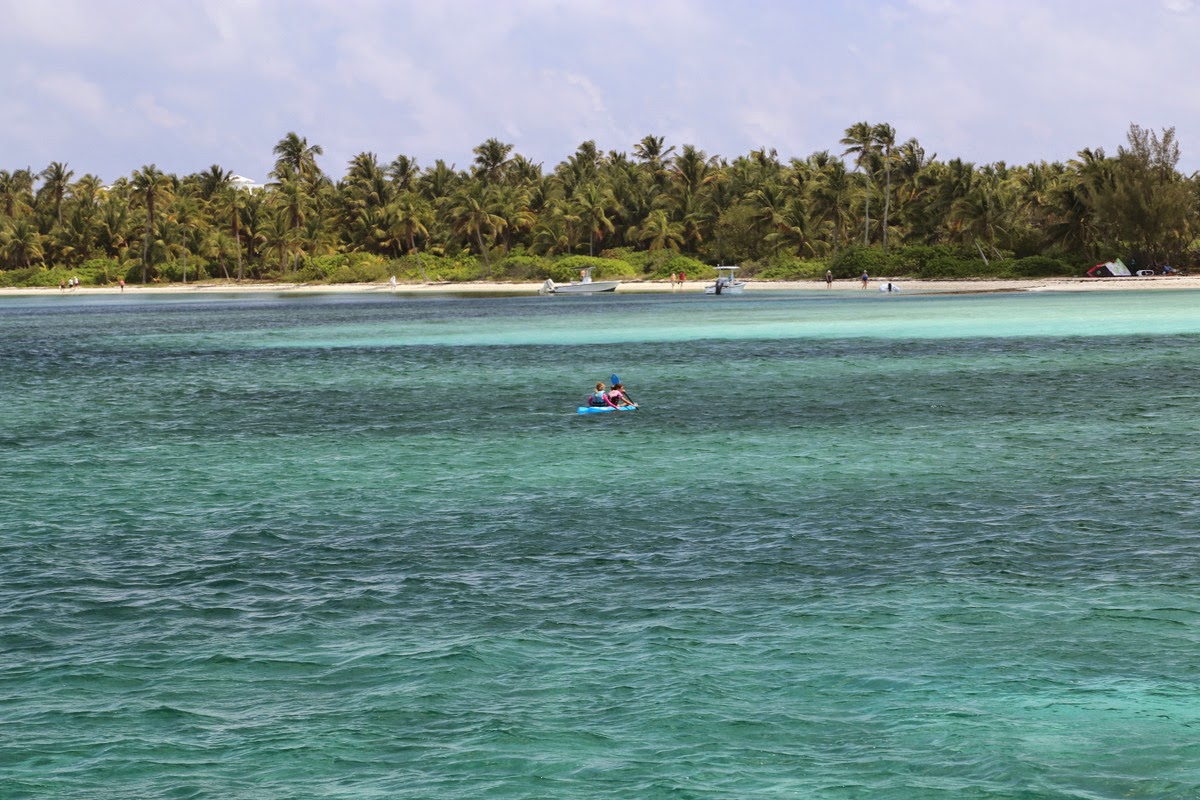 Lucky us, we enjoyed chatting with Myra and Aeden's parents, Greer and Aaron.  We had a few dinners together, and outing with the kids.  Like the kids, we also enjoyed making new friends.  They even shared some delicious Mahi Mahi with us that their boss had caught fishing one morning.  That was a great dinner! 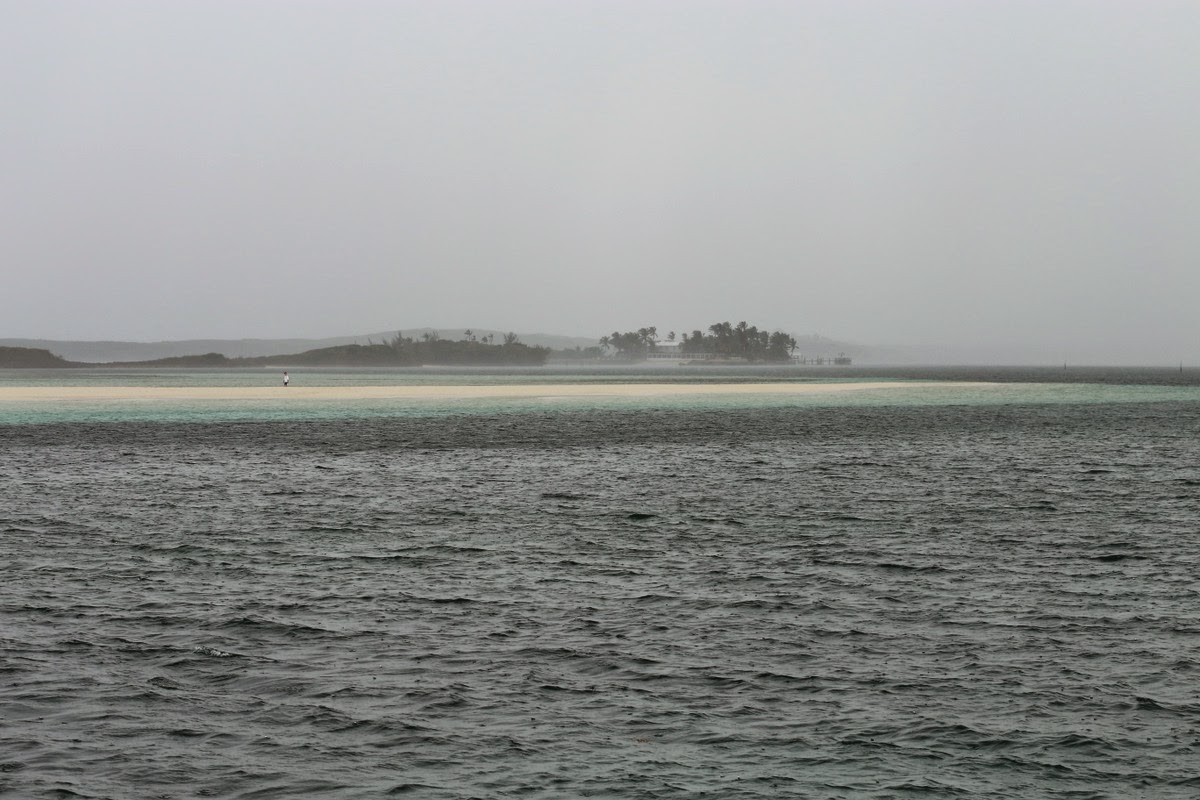 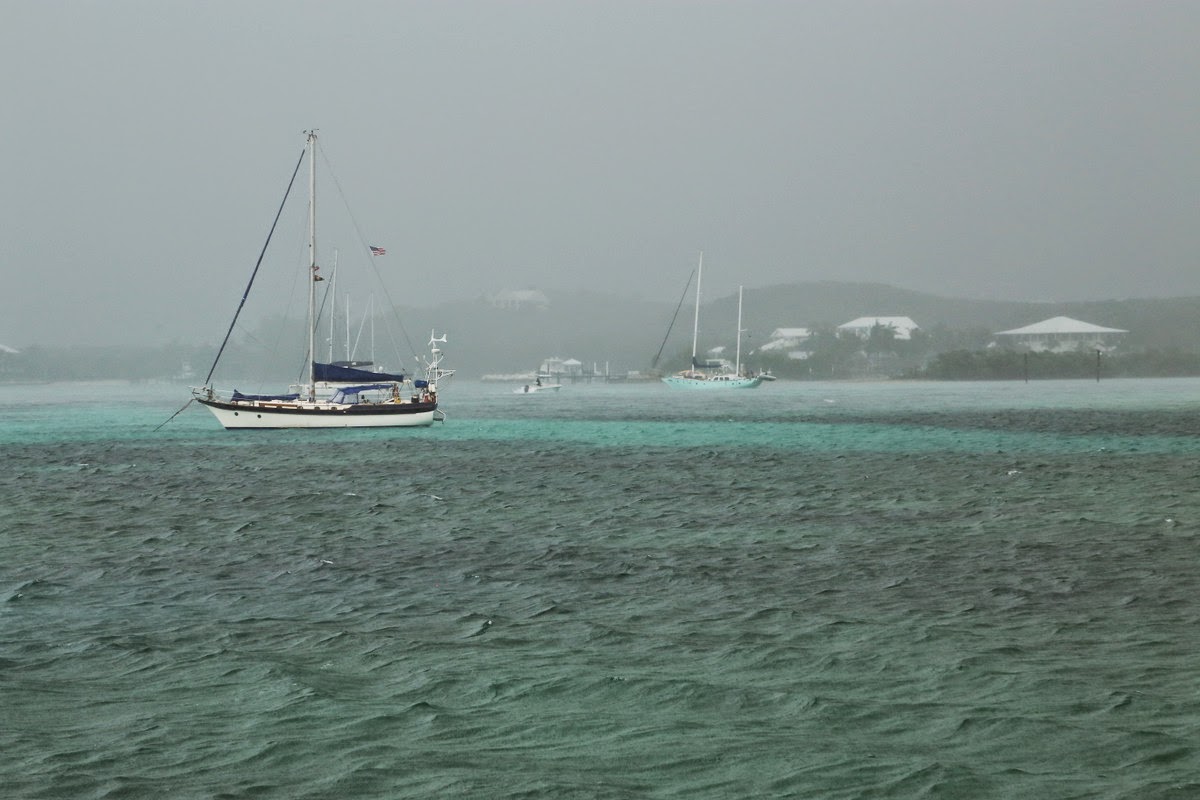 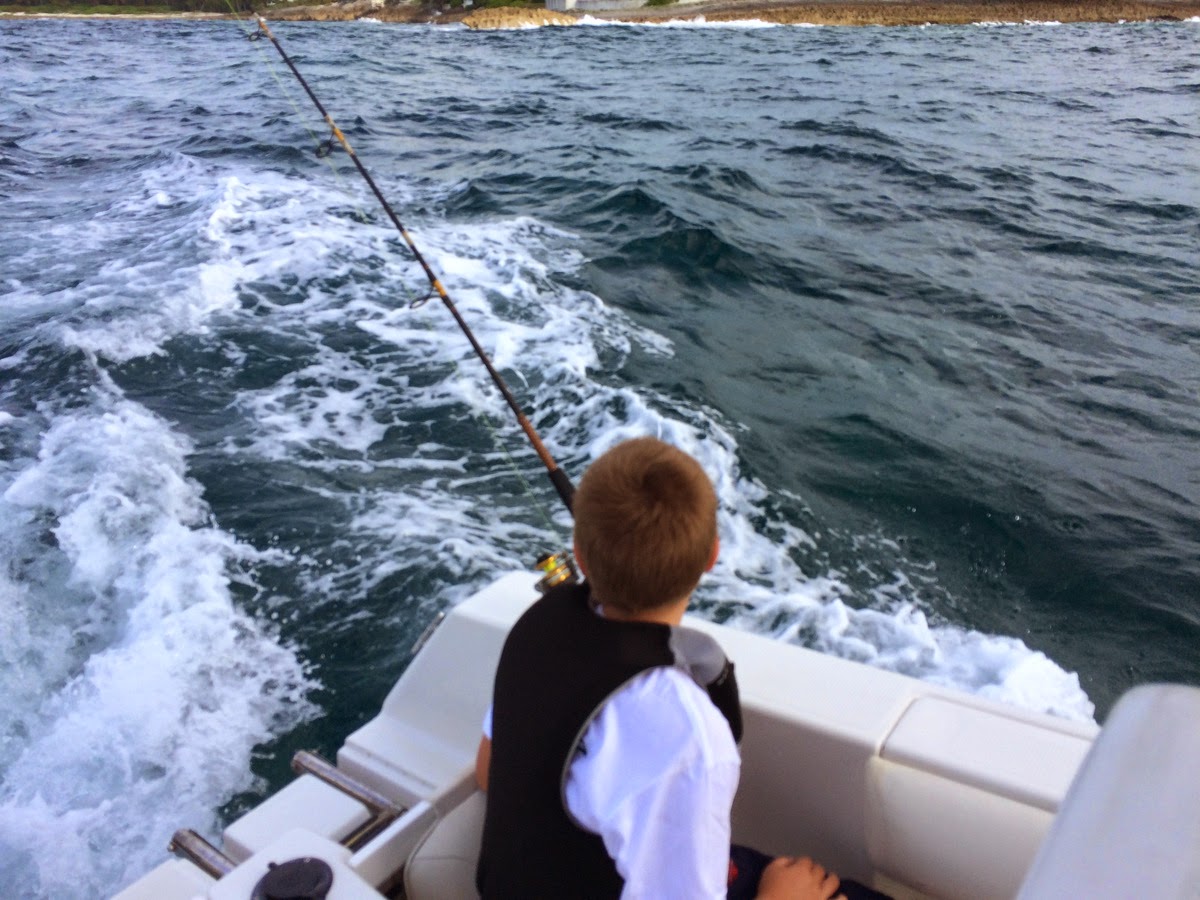 We were watching the weather, and thinking about moving further north in the Abaco chain, but the we were well protected from the south winds where we were, anchored at Tahiti Beach, and the kids were having such a great time with their friends, that we stayed put longer than we had planned.  That would just mean we'd be skipping a few stops on the way north.  The kids all voted to stay where we were.  But about 7 days later, the winds shifted to the north, and were blowing pretty good, so it was time to switch anchorages.  We thought we might be parting ways but they also decided to move over to the Boat Harbour anchorage, and the kids were happy to continue their time together.  Greer and the twins even joined us for a primary Church lesson on the boat Sunday morning.  Benjamin even gave his extra copy of the Book of Mormon to their family. 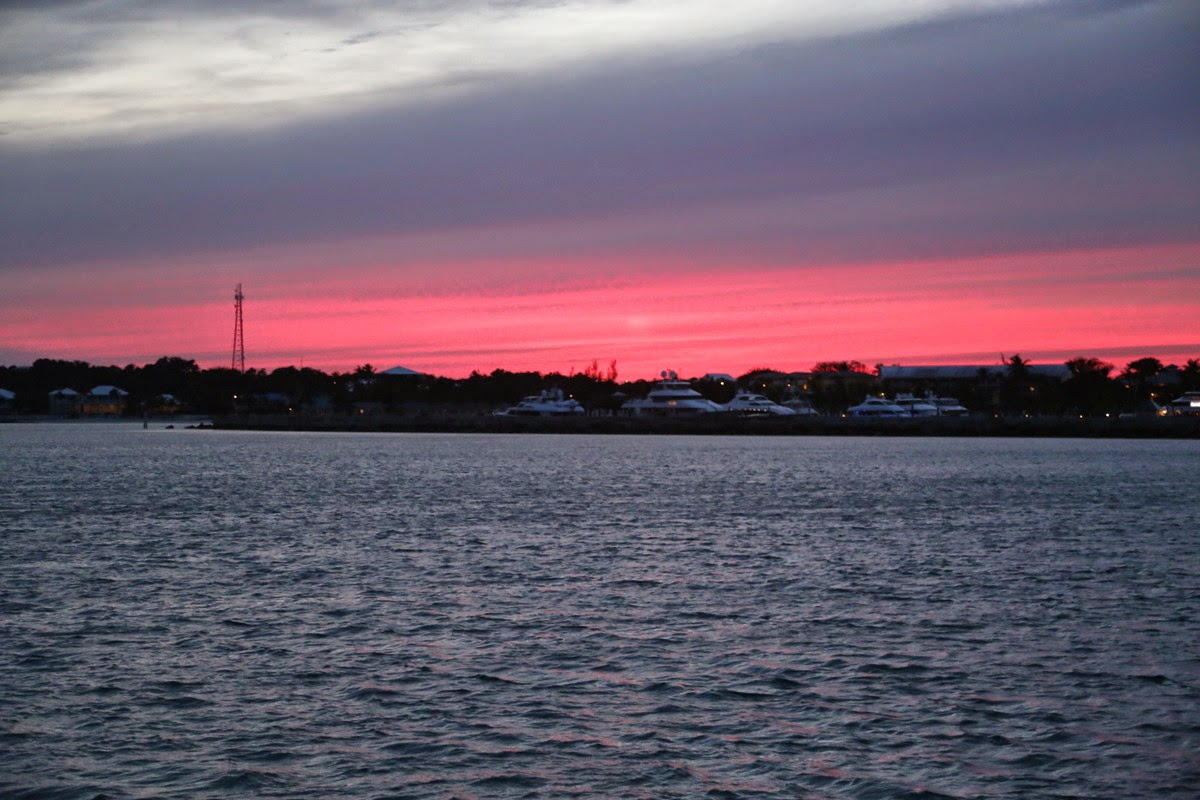 On Monday we had an engine part reinstalled.  It had been repaired over the weekend, and we were hoping that when the mechanic reinstalled it on Monday, the engine would come to life.  And sure enough it started.  It still didn't like to stay running unless it was revved up, but that's better than not starting at all, which is what happened a few days before.  We were lucky to have found a great Mechanic in Marsh Harbour that did a quick, reasonably priced, and good repair job.

With both our engines working, and weather clearing in a couple days, it meant it was time to head on and prepare to cross back to the US.  We had been debating the path, entrance port, and timing for days.  And it looked like now was the time to head to the northern Abacos. There was a small window, and it wasn't even a great window, but it would do.

So we said our final goodbyes to our new friends and left late Monday afternoon to anchor a few miles north and get a head start on our travels thru the northern Abacos the following day.  On our way that afternoon to Bakers Bay, we were treated to a visit by a small pod of Dolphins.  They were fun to watch in the crystal clear waters off the bow of the boat. 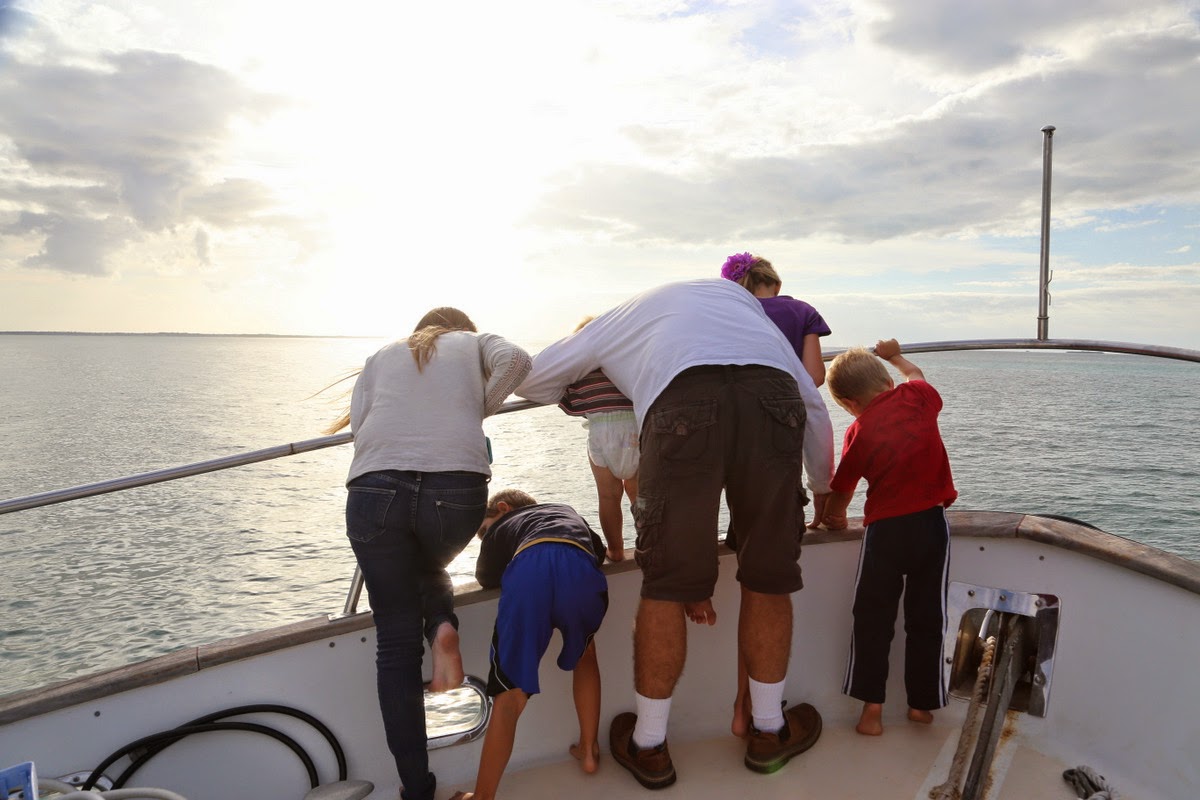 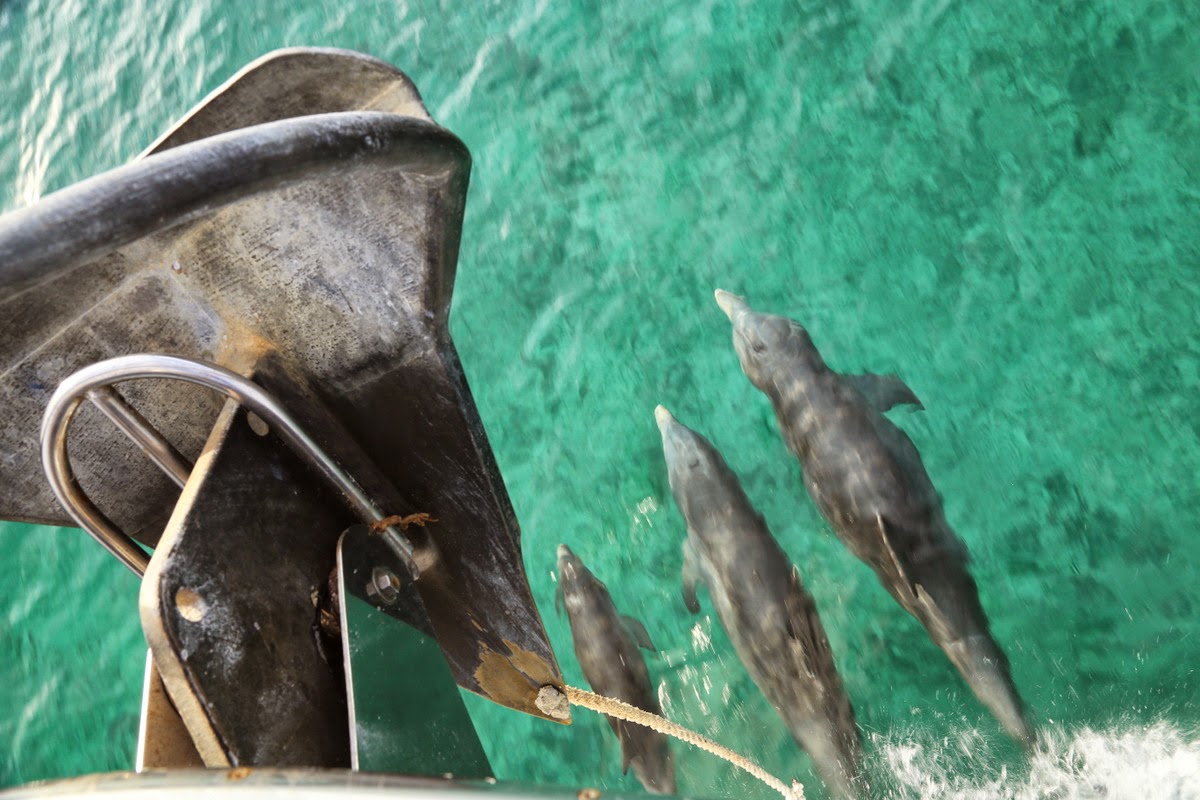 We arrived at our anchorage just after dinnertime, as the sun was setting.  It was beautiful.  David had a chance to fly his drone while there was still barely enough light.  We were stunned at the amount of homes along the beautiful beach of Bakers Bay,  last time we anchored here, 4 years before, there was not much more than beautiful water and beautiful beach.  Now the shoreline is dotted with pretty homes or large vacation villas.  The water and beach are still beautiful.  Sadly we didn't have more time this trip to spend more than a night anchored here. 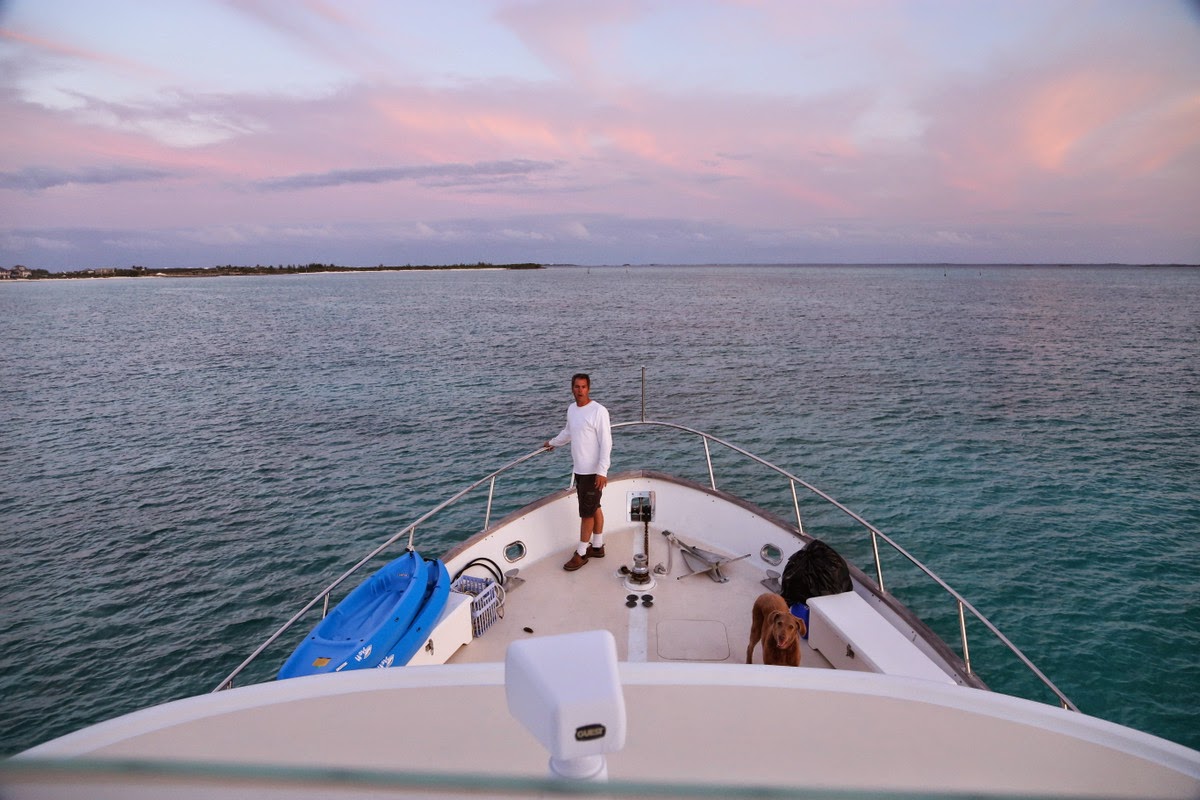 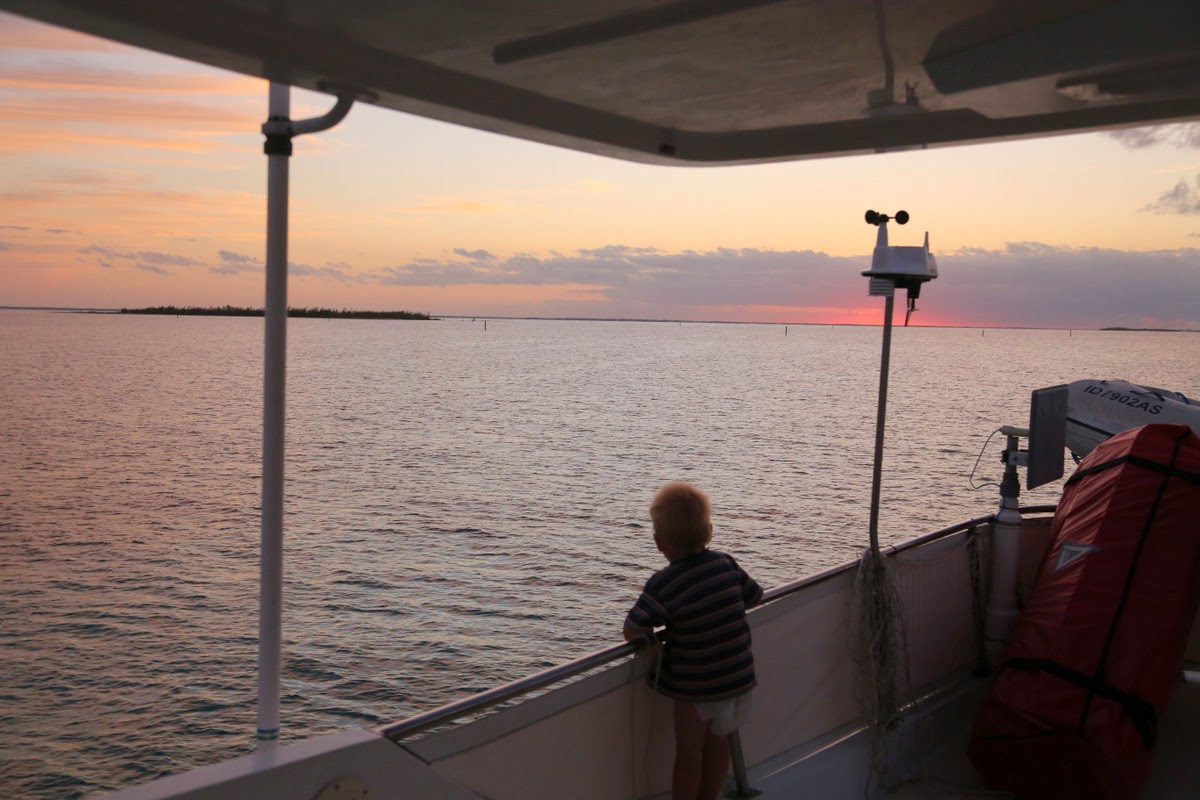 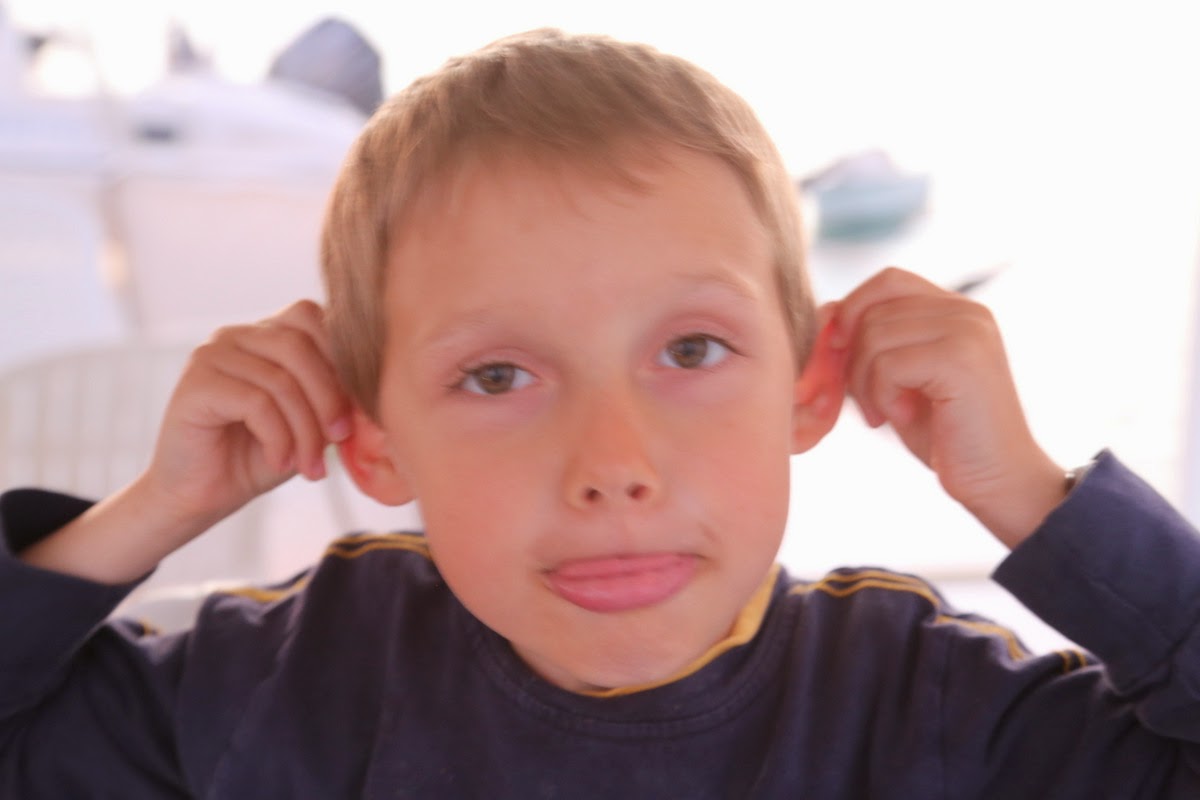 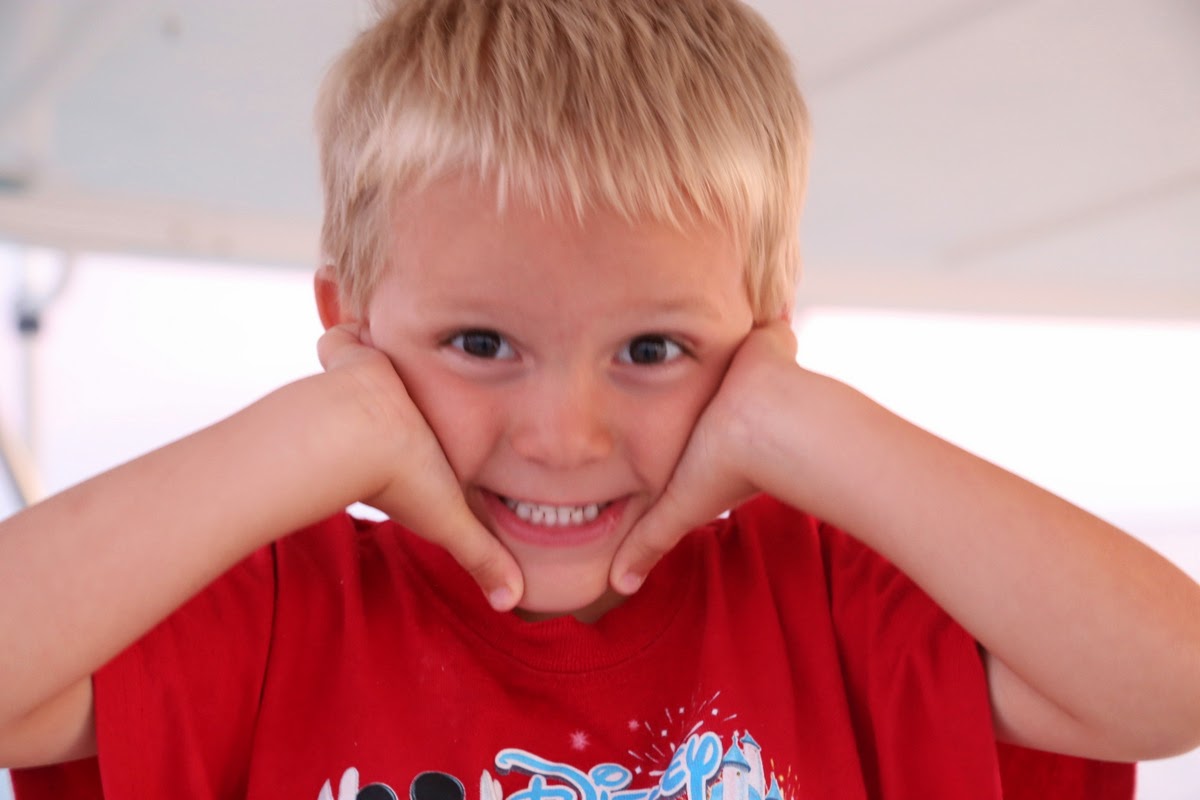 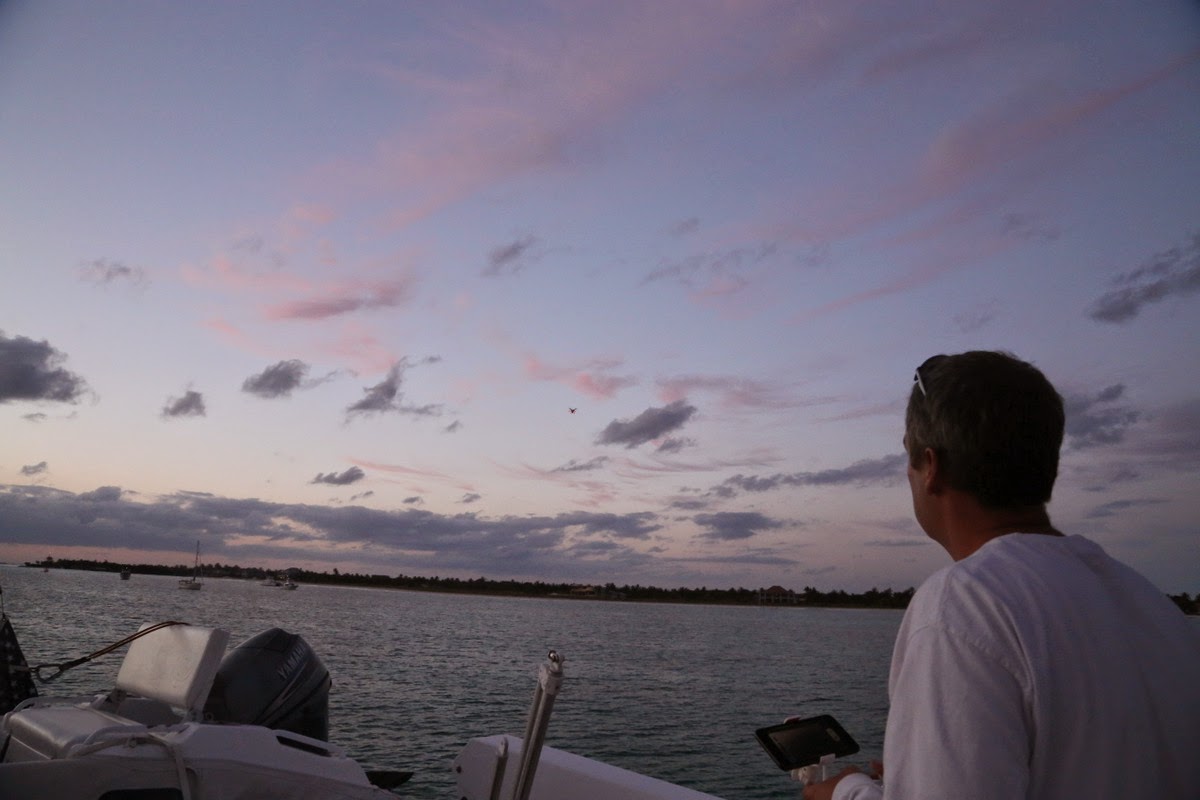 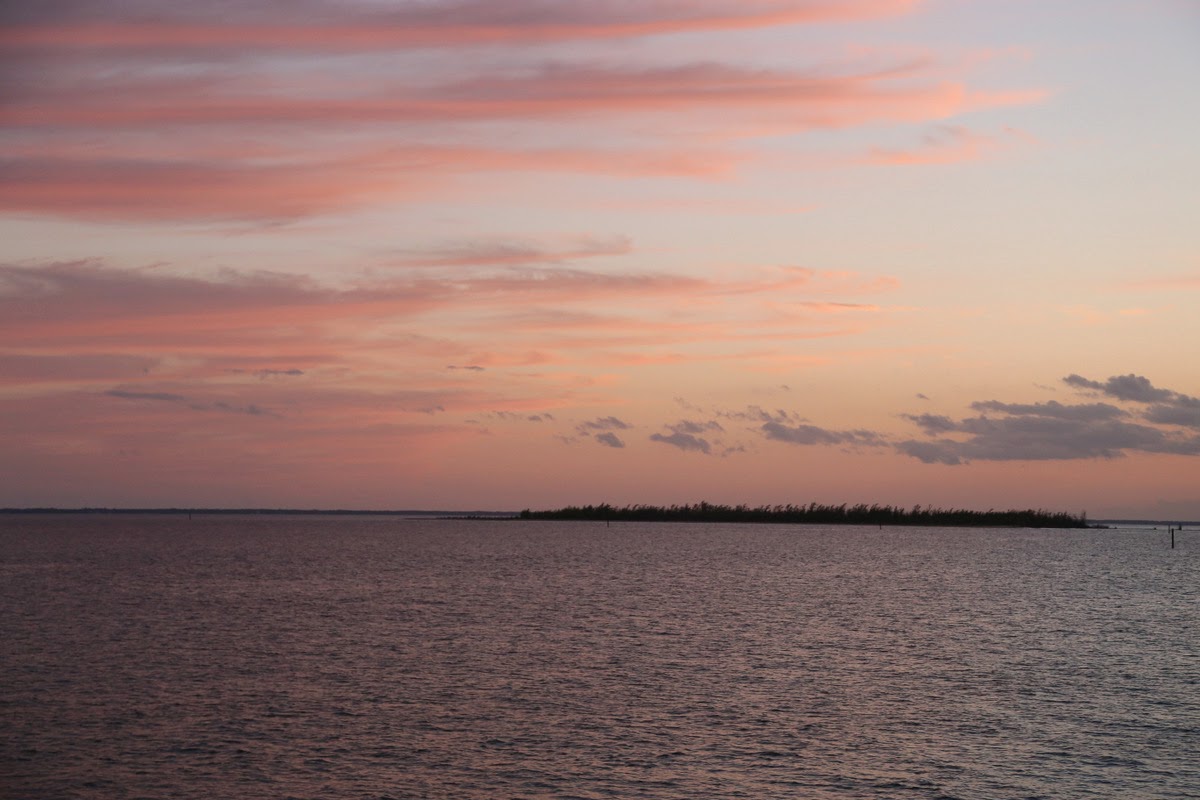