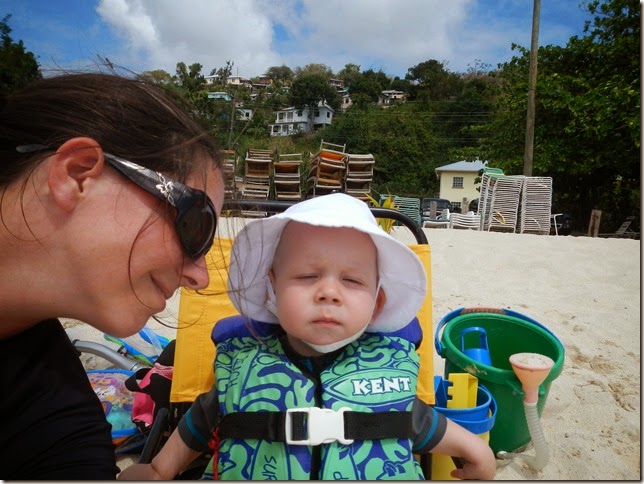 Before leaving Grenada we wanted to visit the beautiful Grand Anse Beach and Dragon Point.  This meant anchoring back outside St. George where it was a little rolly.  We decided it would be worth it, so the kids got their school work done and we drove the boat over to the anchorage and got settled there.  Once school work and lunch was finished we headed to the beach for a couple of hours of sand, water, and sun. 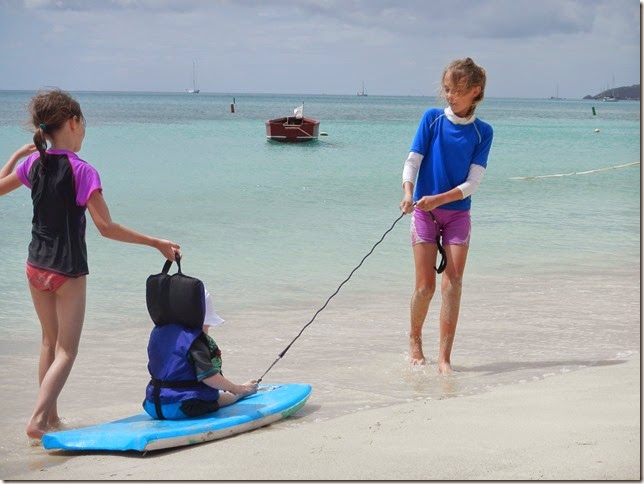 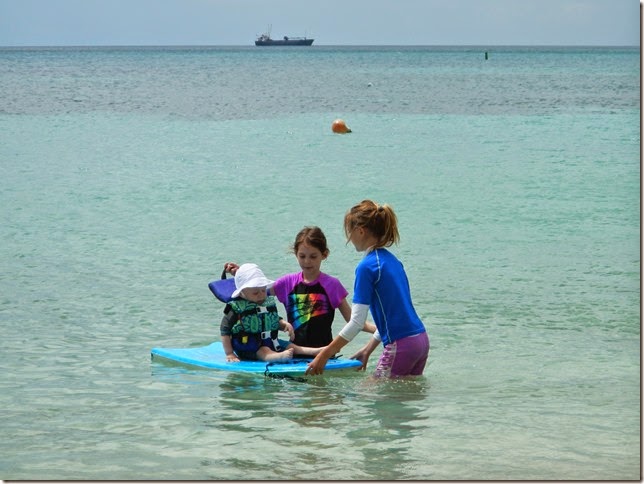 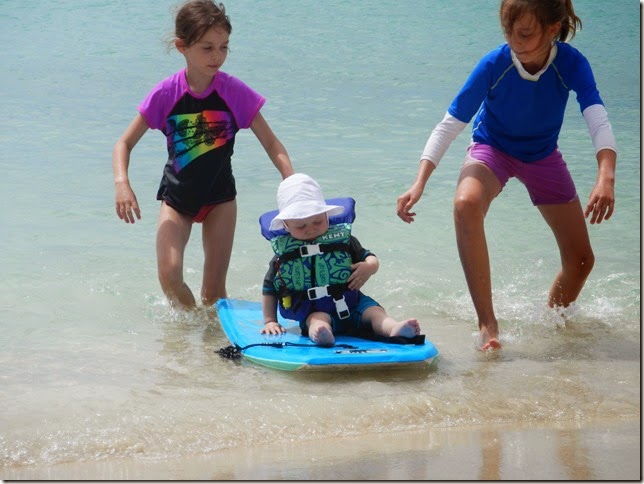 The kids had a great time digging and playing on their boogie boards as always.  The top of the beach has stacks and stacks of weathered lounge chairs, in the thousands.  Most likely they are ready for a cruise ship to ask for a beach day for all it’s passengers. 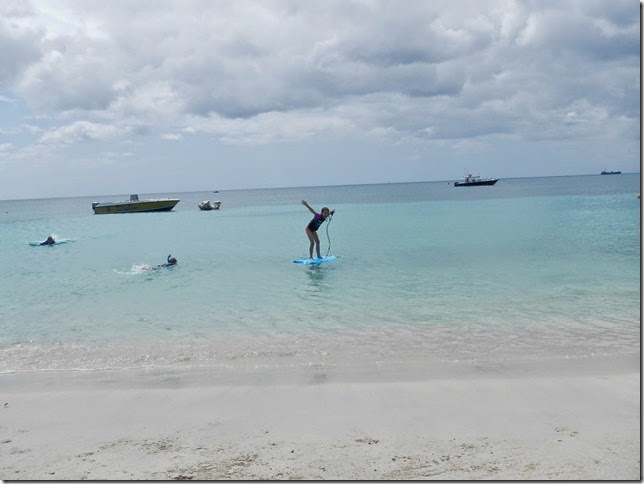 The Grand Anse beach is 3 miles long.  We settled near the dingy dock, but Melinda went on to explore more of the area.  Just behind the beach are shops and stores.  Alexander found a little local girl his age and had fun toddling around playing with her.  After an hour or so we told the kids to pack up it was time to head out to Dragon Point to go snorkeling.  They were sad to leave the beautiful white sand beach, but I was excited to get in some good snorkeling. 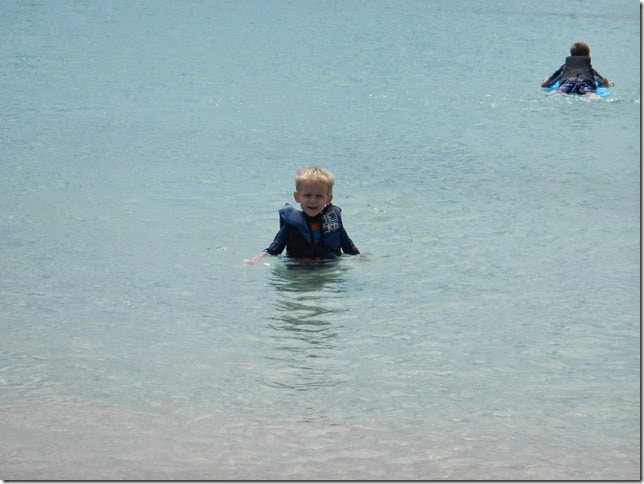 A couple miles to the north is a little inlet with pretty good snorkeling.  It had a small black sand beach in the cove and the kids swam there to play for a bit.  There was a cave and many broken down shells from the sea washing them in.  Savannah found 3 perfect beautiful shells to bring home. 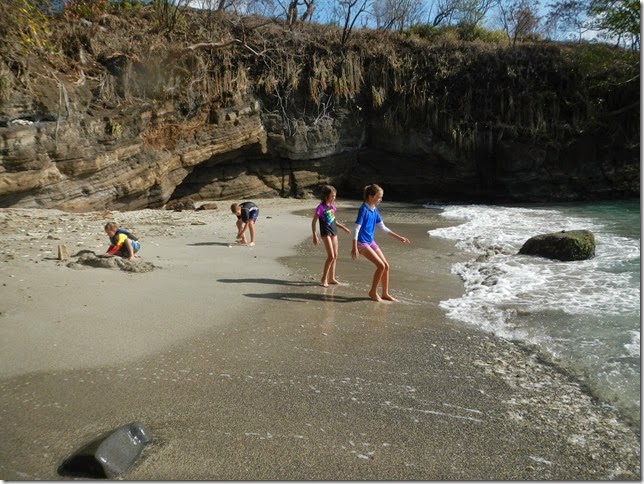 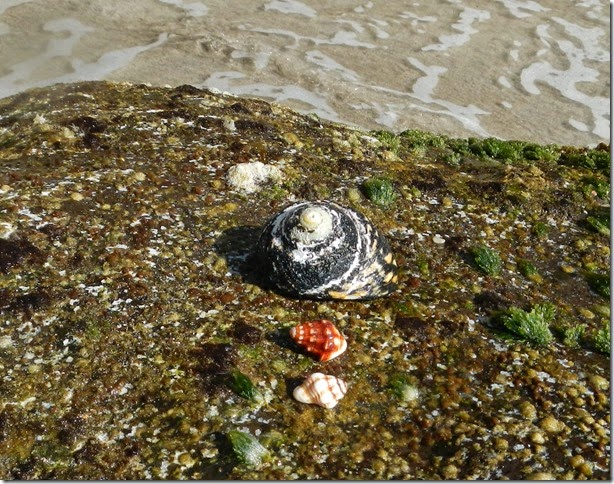 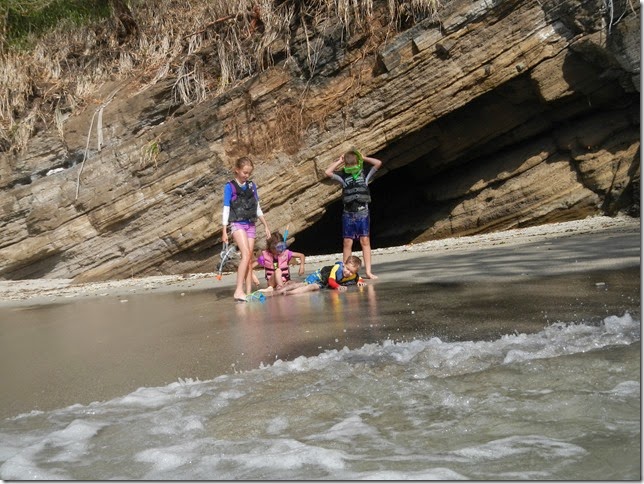 I swam around the cove checking out the underwater scenery.  The Marine Park had sunk over 100 statues in the area to be found.  2 of them are circles of Grenadan youth holding hands.  Swimming by myself over these statutes, I admit, was a little creepy.  David had stayed in the little boat with our 2 youngest.  I swam in to get the older kids at the beach to come see the statues, now that I knew where they were and found thousands and thousands of little fish, everywhere along the rocky shoreline before the beach.  They would dart around to make a path for me, but they were everywhere.  It was pretty cool. 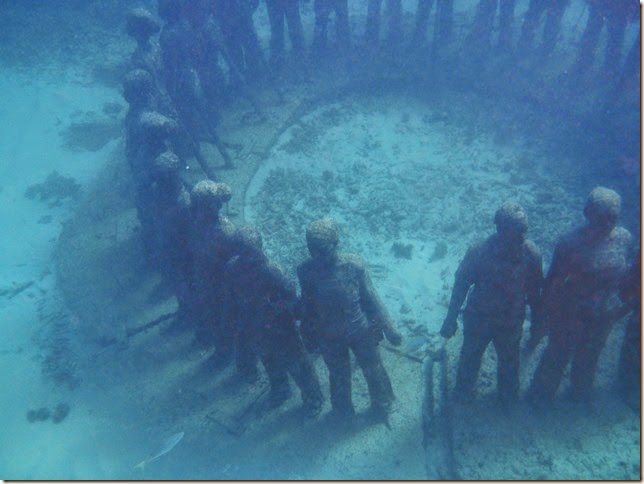 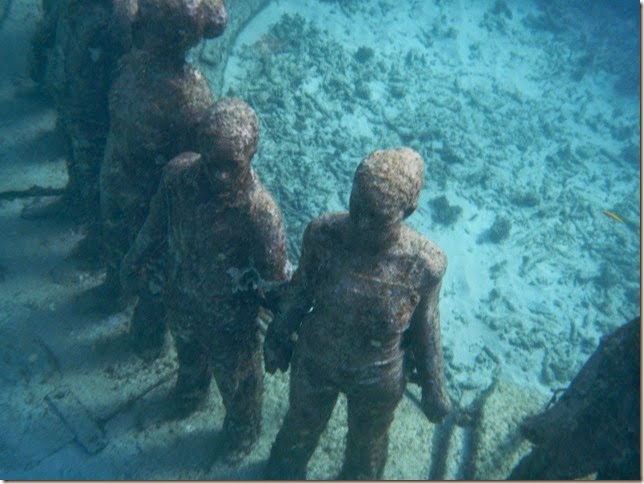 The kids were again sad to leave the beach, but ventured out with me to see the statues.  Benjamin needs more practice with his snorkel, he was struggling to get the breathing and mask right, which led to some crying and complaining on his part.  I use to hate using a snorkel too, so he will learn to adjust at some point.  I towed him on my back a good portion of the way.  I figure the extra weight will just give me a better workout.  Once we got out to the statues and he stuck his head in the water, he said “So cool!”  I was glad I brought him out for the swim then.  We drifted our way back to the little boat to meet up with David who took a quick swim to the rocks to see the thousands of fish.  Matthew and Alex were good little lifeguards watching all of us from the boat. 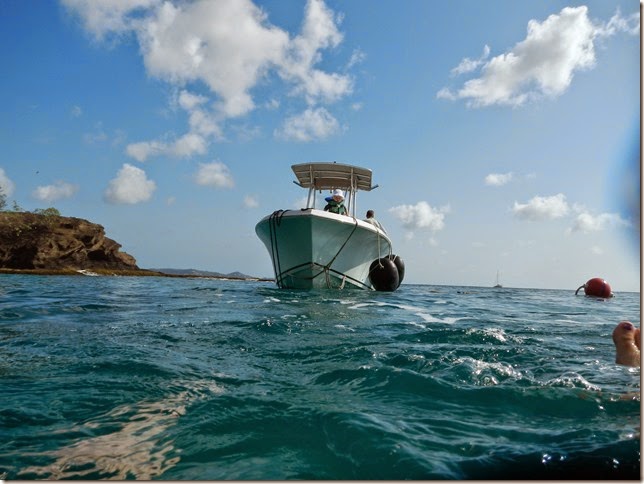 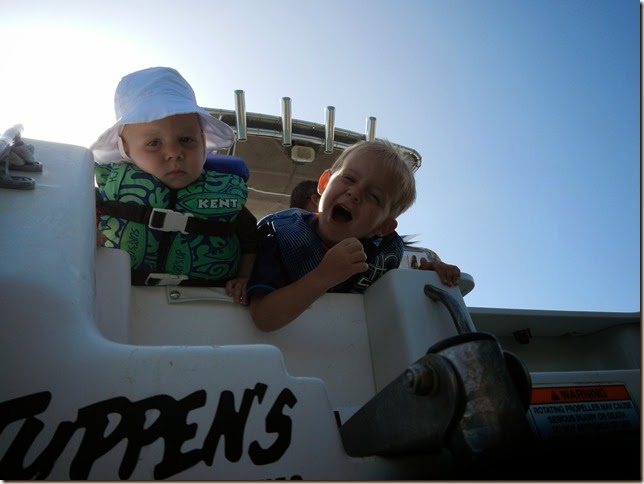 By then it was time to go pick up Melinda from the beach, who had been off exploring, and then back to the boat for dinner and get ready for our day tomorrow—time to head north.  Tomorrow we would leave early so we can stop for the afternoon at beautiful Petit St. Vincent for one more night there. 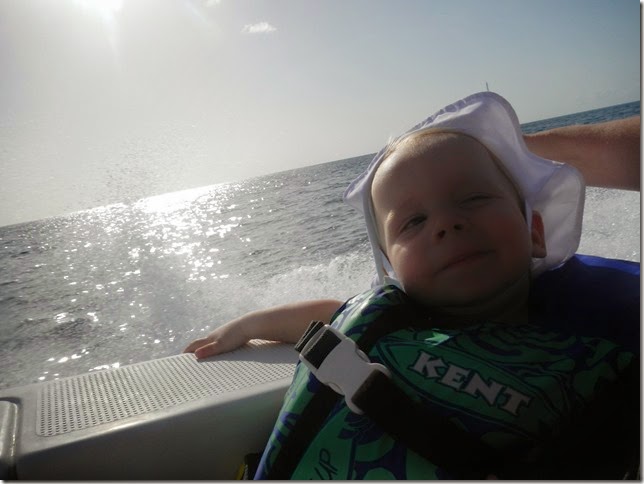 This kid loves riding in the tender, and pitches a fit when left behind on the big boat!  He loves to be out zooming over the water, wind in his face.