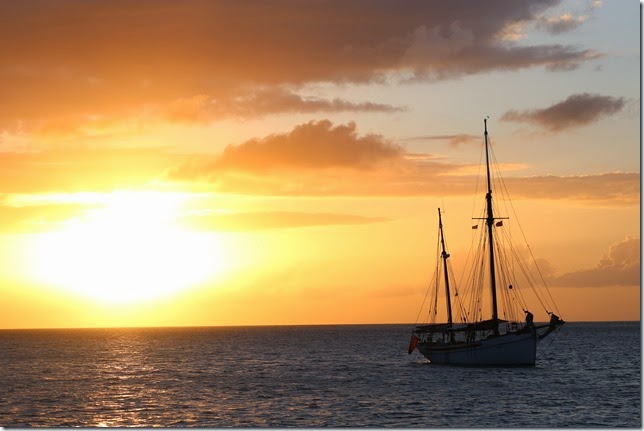 Bequia is the northern most Grenadine Island, and just south of St. Vincent.  It’s where most cruisers check in/out of Customs for St. Vincent and the Grenadines, as the island of St. Vincent is not so safe.  We checked in here just a short 2 weeks ago, but the kids were sick and so we decided to wait to explore the island until we were headed north.  It was a good choice to leave and wait till the way back, as winds had shifted north at that time and the anchorage received a rough north swell.  Thank goodness we were gone for that.  The blessing of sick kids.  This time the anchorage was calm and pleasant.  We picked out a spot near the beautiful Princess Margaret Beach and drove in to drop our anchor, when the man on the boat in front of us (pictured below)  came up to his cockpit and started yelling at us to take our noisy hunk a junk away.  How rude!  Motor Yachts are extremely uncommon in this part of the world.  It is filled with sailing vessels, and I know there are some sailing vessel owners that don’t like the motor vessels, but how about some common decency.  My kids were out on deck helping to drop the anchor, and to have this silly man yelling foul things about our family home is just wrong.  We dropped our anchor and floated a hundred feet back from the rude man, and didn’t hear anymore from him for the rest of our stay thank goodness. 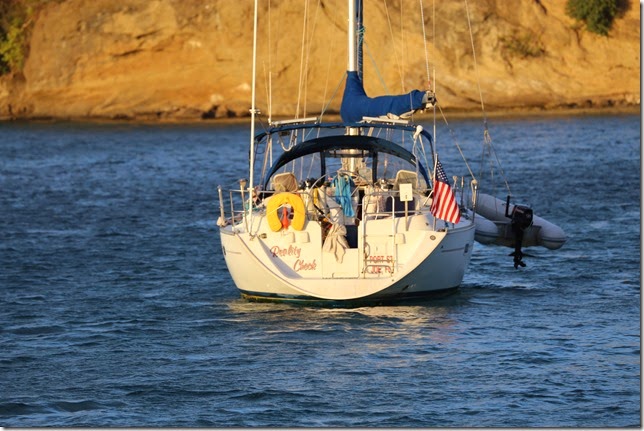 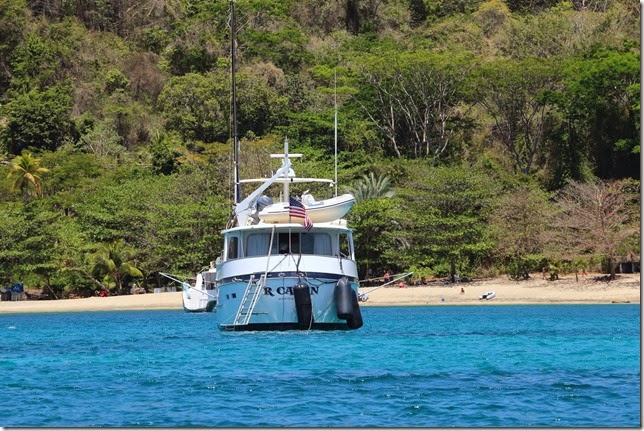 We enjoyed our stay in Bequia.  On Saturday we headed into town to hire a taxi to show us the island. It’s small at 7 square miles. Our Taxi ride was a pick up truck with a canopy and benches built onto the truck bed.  A fun was to drive around a small island.  We drove up to a few different view points, one being the battery that defended the harbor 200 years ago.  We drove out to the turtle rescue center, but no one was there to give us a tour.  We were able to see a few windward side beaches, with waves crashing ashore as the wind blew.  Off to the the south end of the island where whaling is still practiced each year.  A small museum shows a few boats, still the same as they use today.  They are allowed to catch 2 whales per person per year, but typically they only catch 3-5 per year total.  They use every part of the whale, none of it going to waste. 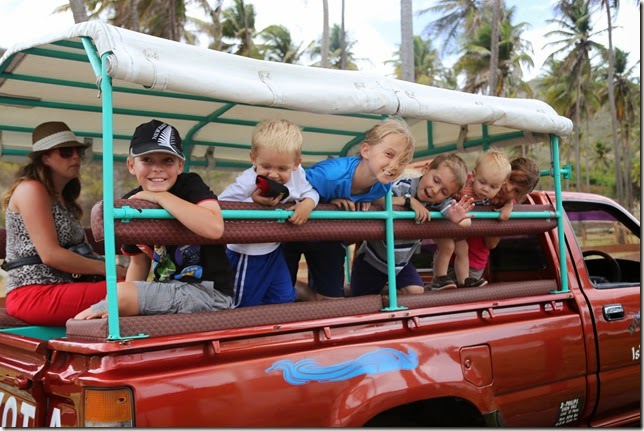 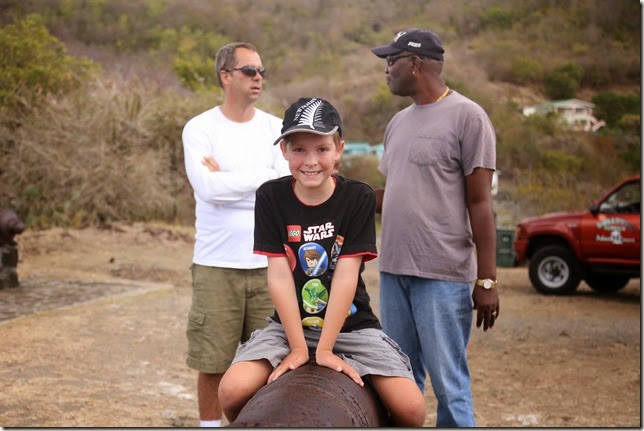 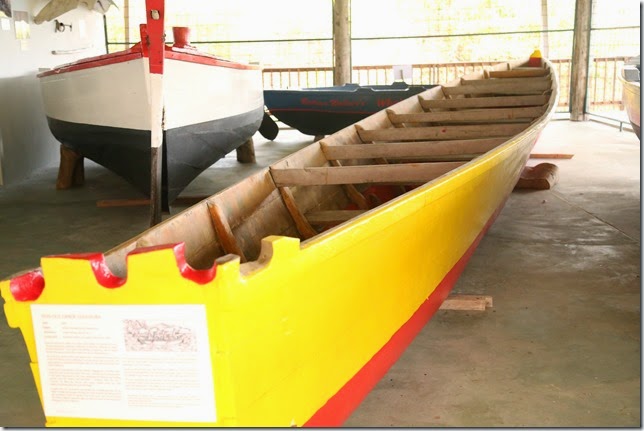 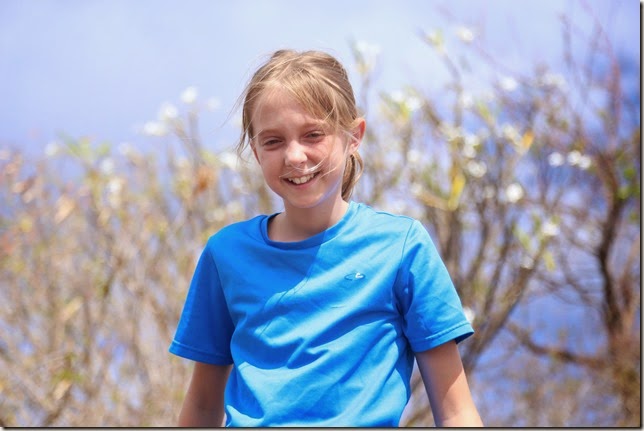 Fishing is a huge part of island life in Bequia as well.  In fact they process a lot of the fish they catch and ship it to other islands for sell.  Lobster was about $12 EC per pound.  We made arrangements to purchase some for dinner, but the guy never called us on the radio to pick them up.  We hadn’t paid him, so we weren’t out anything, except dinner plans. 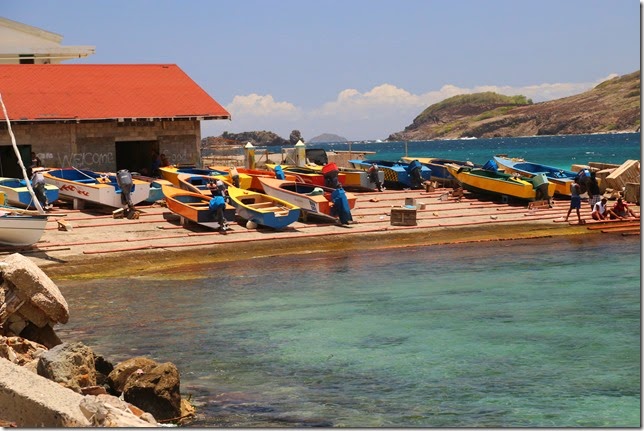 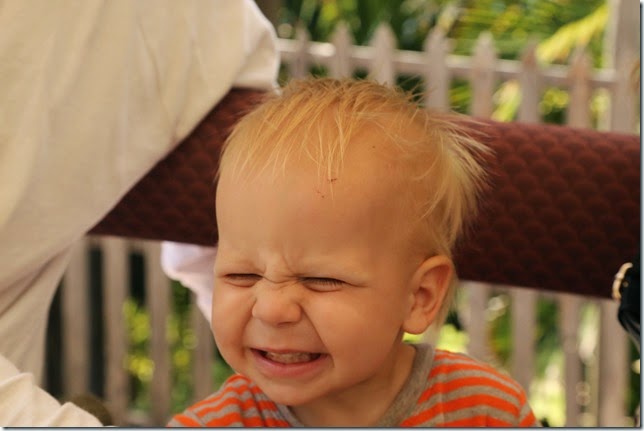 After our tour we returned to the anchorage and decided to have lunch at one of the beachside places.  We ordered a few different local Roti’s to share and enjoy together.  A Roti is common thru out most of the islands, but each place makes it a little differently.  Basically it’s a homemade large tortilla filled with curried meat, and potatoes, or some other kind of root vegetable.  We tried chicken, beef and Conch Roti’s.  They were big enough to share and fill us up.  Before leaving town we visited a few Saturday market stands for fresh veggies and fruits.  We also loaded up on fresh eggs.  I think one of my favorite things visiting these islands and towns is buying fresh fruits and veggies.  We’ve tried a few new ones this year, wax apples, guava’s, soursop, callaloo, fig bananas, red bananas, and fresh nutmeg (love it on vanilla ice cream, oh and the smell when grating it, so good).  The only new item the kids all took to were the fig bananas, which have a slight strawberry flavor to them.  Quite yummy.  So we usually all have a taste of whatever is new, and after they all go “weird” or “I don’t like it”,  I just throw it in a smoothie, and then they can’t get enough. 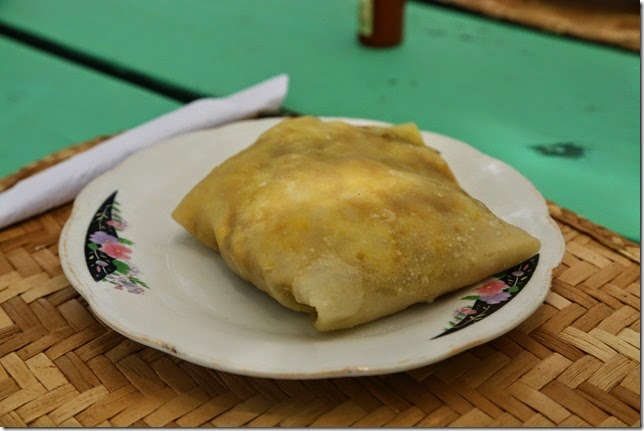 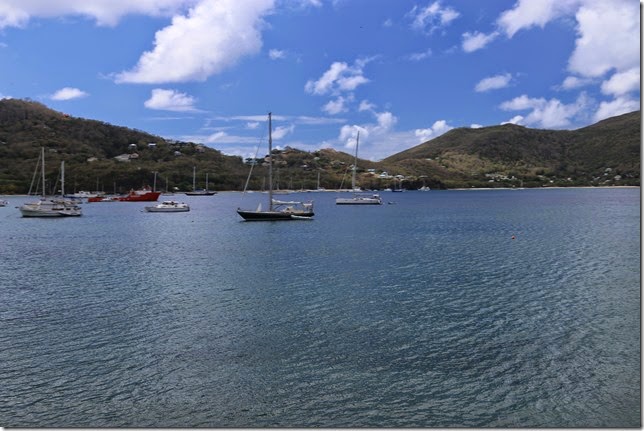 That afternoon the kids hopped on their boogie boards and headed into the beach.  We had anchored close enough that it was a good swim away. 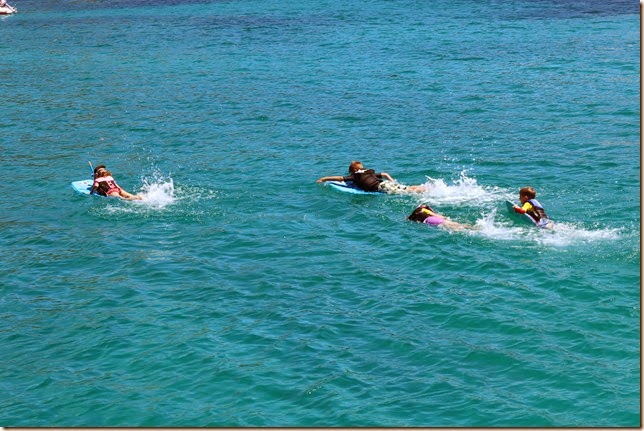 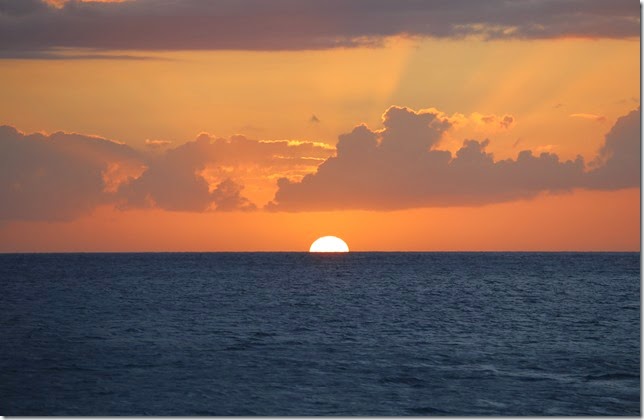 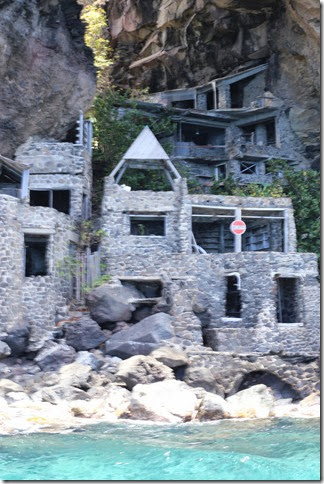 On Sunday the winds were calming, but we wanted to wait one more day, hoping the waves would calm too.  However being at a small island meant no branch to attend for church.  We had downloaded the Conference talks and for church we decided to listen to one of Saturday’s sessions.  Afterwards we went for a Sunday dinghy ride together.  We went out to the south west end of the bay to see an isolated area that an American artist had purchased in the 1950s and built homes and apartments on.  A few people still live there, with out running water and services, but most of the buildings are vacant and built on the cliffs. 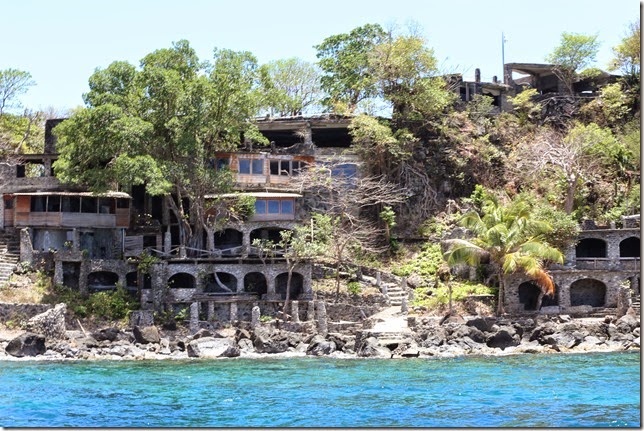 We then ventured to the south side of the island where we saw boats out practicing for the Regatta over Easter weekend next week.  I was able to capture a few good photos of the sail boats working on racing each other around the island to prepare. 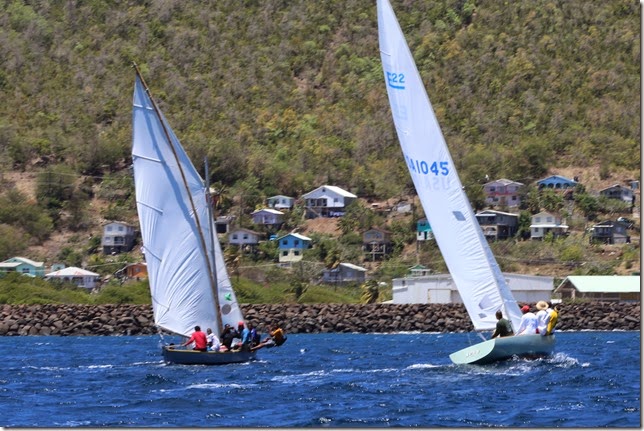 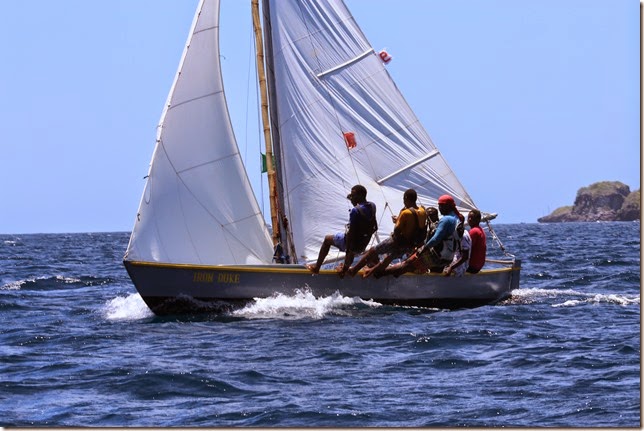 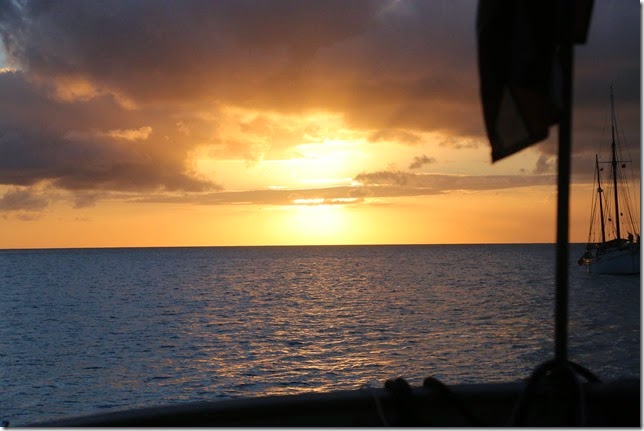