Back to beautiful PSV 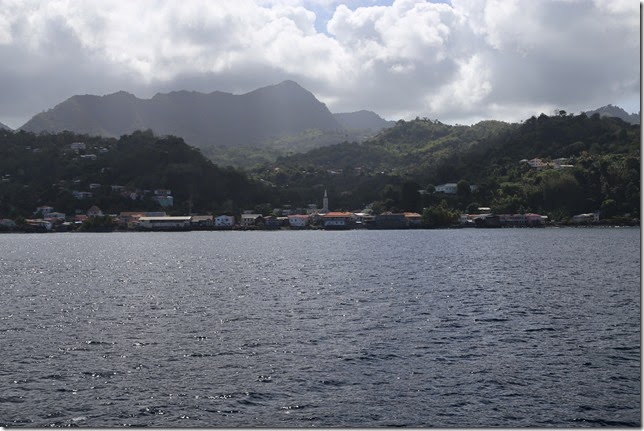 It was time for us to begin our journey north, we had reached as far south as we would go.  We had originally planned last year to head from here to Colombia, but after our trip was delayed due to boat repairs, and now with a new baby on the way, we decided the best plan would be to head back north. 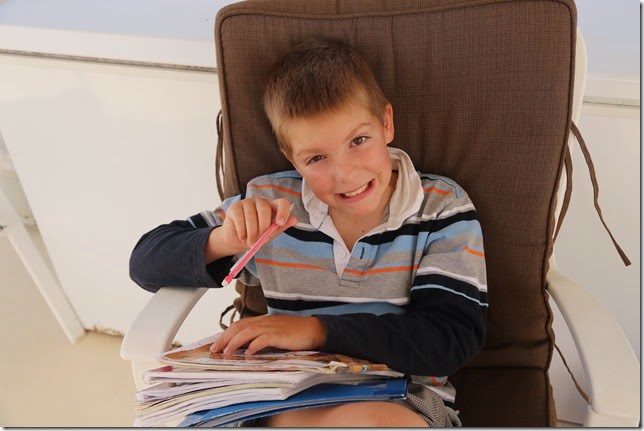 We decided to leave Grenada early in the morning so we could arrive at the beautiful anchorage of PSV in the afternoon and still have a few hours to play at the beach or swim and snorkel.  Our plan was to clear out of customs/immigration at Carriacou island in Tyrell Bay.  Instead of anchoring and going in, We pulled just barely into the bay to the calm waters, and detached the tender and David went in to customs to clear us out of Grenada, while the kids, Melinda, and I continued on in the boat.  We still had a few miles to travel up the coast of Carriacou, David would catch up with us before we left Grenadan waters. 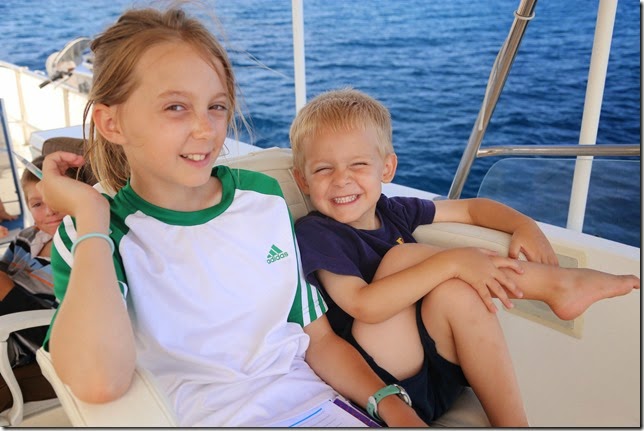 Sure enough, just before reaching the north tip of Carriacou, David came zipping along in the tender.  We decided he would just go ahead the 2.5 miles to PSV anchorage and we would meet up there.  He staked out a good anchoring spot, and told me over the radio that there was a strong current running thru the anchorage.  That was different from when we were there a week ago.  We pulled in and Calvin was ready to drop the anchor since David was not on board.  We pulled up to our spot and Calvin started putting out the anchor chain.  He got 25 feet out, and the windlass that cranks out the chain quit working.  We were only in 9 feet of water, but the 25 feet of chain was not enough to keep us from dragging back on boats behind us.  So I used the engines to keep us where we needed to be, while David suggested, over the radio that we check the breaker of the windlass.  Both Melinda and Calvin tried resetting the breaker, but no power or windlass function.  Hmmm….  what to do now.  My options were to get David back on board, or try to drag the anchor out to deeper water behind the other boats and deal with the situation there.   We decided to get David back on board first.  So he was able to hook the tender back up and climb aboard with Melinda’s help.  He was sure we had just not reset the windlass breaker, but when he tried it, the windlass still didn’t work.  So he went down to the locker where the windlass is kept and found the motor hanging off and wires coming undone.  So, the windlass was out of commission for now and needed a repair job later. 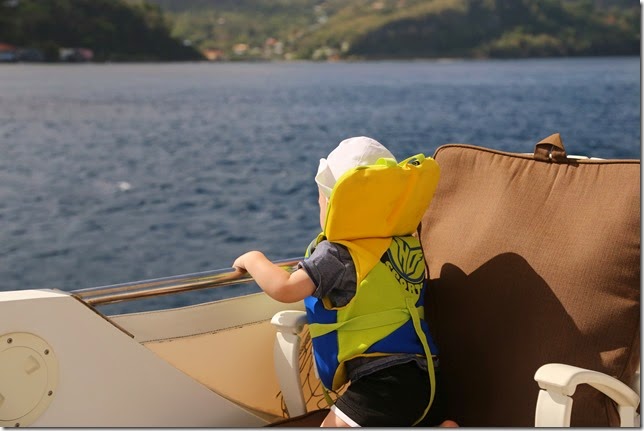 So we decided, to pull the anchor chain up a few feet (a heavy job)  so we could move back up to where we needed to drop it at.  Done.  Then we put the 25 feet back out, plus David lifted another 10 feet out of the locker, then set the snubber and out went another 10 feet of chain, by hand.  We used the engines to set the anchor and everything looked good for the night, thankfully.  Now to address the broken windlass so we could leave in the morning.  It appeared the screws had wiggled loose and down the motor fell, at the wrong moment for us.  Otherwise Calvin would have done a great job anchoring. 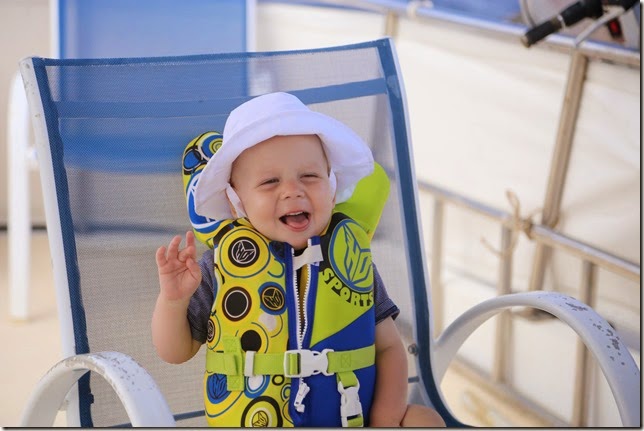 The kids packed up and headed off to the beach.  I had hopes to snorkel the nearby rocks and shoal, but the current from the boat was so strong I could barely swim the 65 feet to the front of the boat.  I made it an extra 30 feet to check out the anchor, make sure it was good and buried in the sand, and then decided to give up on my snorkeling plan, and turned across the current to swim to the beach to join the kids.  It was a good swim and once I was crossing the current, easy.

The kids had fun at the beach, and the scenery and water colors are just incredibly beautiful there.  It was more windy then last time we were there, so the boat rocked a little more in the chop, but at least the current and wind were in the same direction. 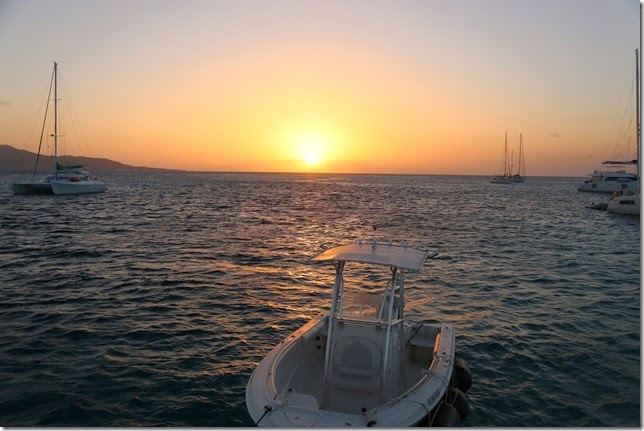