The Wreck of the Rhone

The Rhone was a mail ship in the mid 1800s.  It was anchored near Peter Island when a late hurricane came blowing through.  The captain has noticed the barometer drop and drop, which meant a storm was coming, but it was the end of October so they weren’t expecting a hurricane.  They ship rode out the storm at anchor, getting tossed around.  As the storm calmed, the Captain decided now was the time to make a run for the open ocean and fight out the rest of the storm there.  They had been tossed around so much they couldn’t even pull up the anchor, they had to cut it lose and leave it on the ocean floor.  As they headed out through the channel between the islands during the “calm”, they found they were in the eye of the storm, and were hit with the other side of the hurricane.  They were blown up on the rocks of Salt island, and the ship was split in half.  Cold water seeped into the ships boiler and caused an explosion.  The ship sank within minutes.  Only 6 of the 150 on board survived.
Most of the ship is in deep water, but the stern section lies in about 20 feet of clear water and can be seen snorkeling.  David, Calvin, Savannah, and I went to check it out.  We approached the dinghy tie up line nearby, but we missed it on the first 2 tries.  At which point David decided to take over driving and grabbing the dinghy line because we “were embarrassing him”.  It’s hard to reach over the bow of the tender, 3 feet down to grab the line, especially when the driver (David) consistently runs over it, rather than stopping when we reach the line.
Once we were geared up, in we went.  What we could see of the ship is in ruins, but the stern propeller is still intact and easily visible.  It was cool to see.  There were divers below us, and Savannah and Calvin had more fun playing with their bubbles then checking out the ship and the life that is growing on and around it. 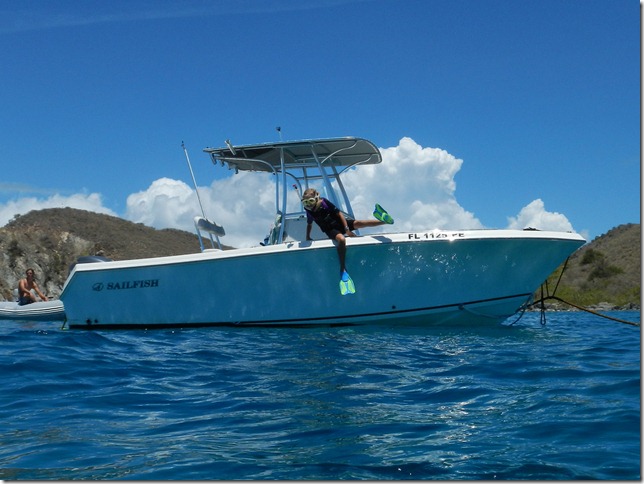 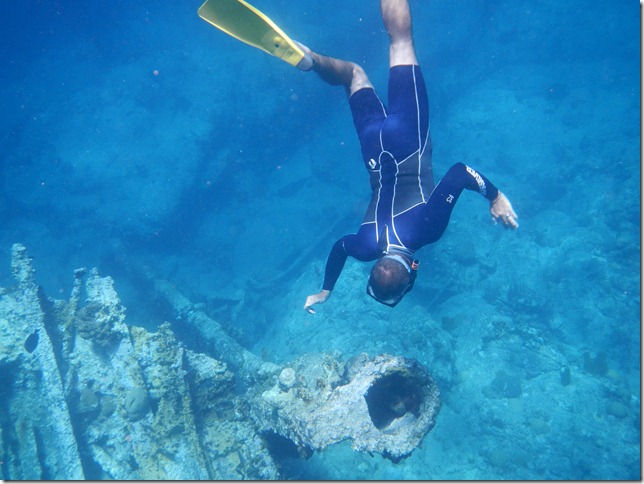 When we returned to the boat, David decided since he was already set up in his wet suit he might as well work on cleaning the bottom of the boat.  So we grabbed one of the air tanks, and reg. line and under the boat he went to get it cleaned off.  Isabel an Calvin wanted to help out too, so they worked a little on the bottom of the tender with their snorkel gear.
After awhile, Calvin and I headed over to check out some of the snorkeling in the anchorage near the boat.  We saw an eel and 2 little lobsters.  Lots of colorful sponges and fish.  It was a great snorkel spot.  I tried to take Benjamin over to snorkel for a bit, but he only made to where the snorkeling starts and was ready to go back to the boat.  So we had to swim him back.  He missed out on seeing the eel and lobsters. 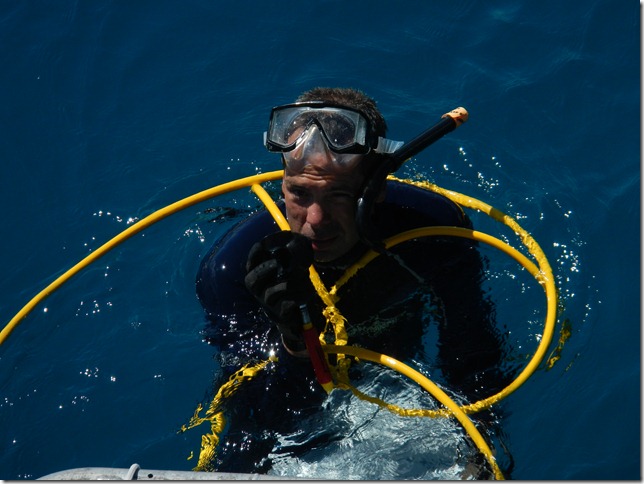 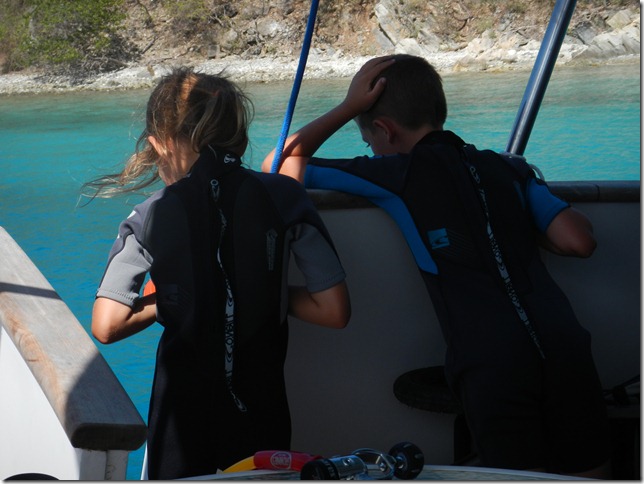