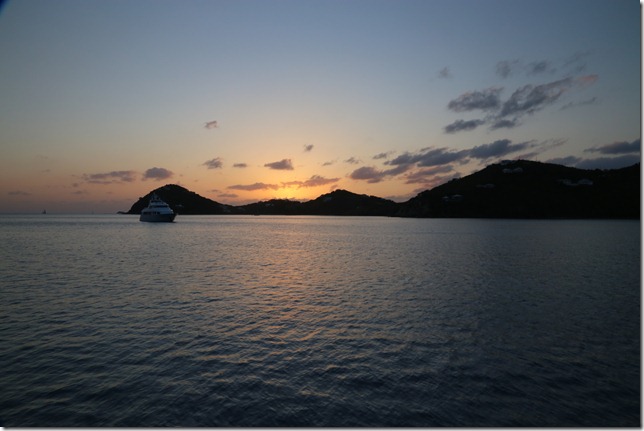 We arrived at St. John, USVI with North winds.  So we headed to the south side of the island hoping to find a mooring ball available to pick up, but they were all full in the 2 anchorages we first came too.  In the National Park, there is no anchoring on the south side, you must pick up a ball.  So we headed back out of the park to an open bay where we could anchor.  We immediately spotted a couple of turtles swimming around the bay.  We jumped in our swim suits to see if we could find them swimming around in the bay. The kids and I had no such luck, but Madison, Sean, and Cristina found a couple to follow around for a bit.

For the next few days it was fun to look out the window and see a turtle pop its head up and swim around. 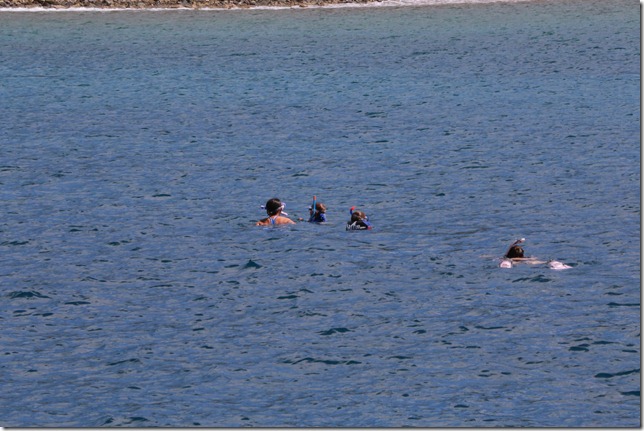 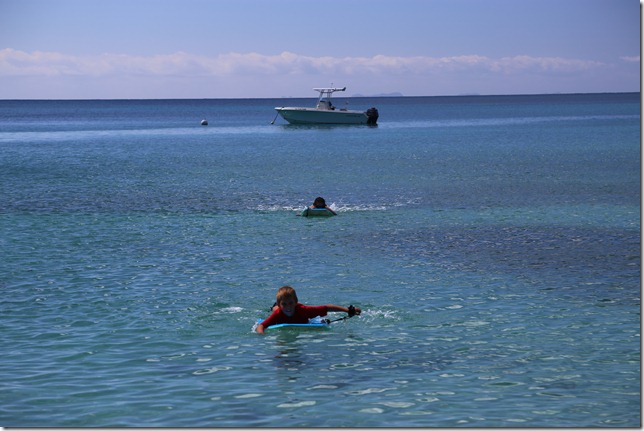 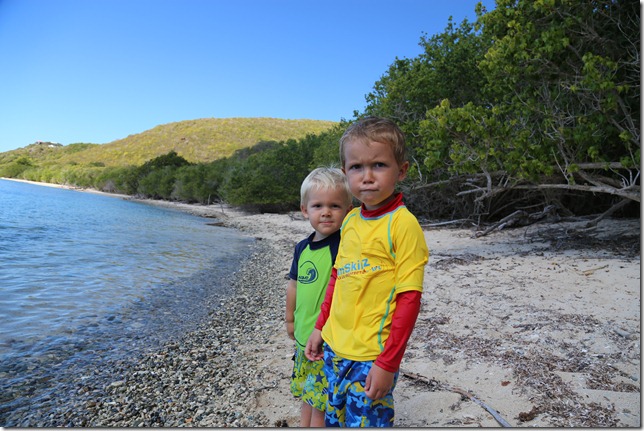 Around the corner from rendezvous, is reef bay, located just inside the National Park.  We took the tender over to go hiking.  There’s a rocky beach to unload at, so everyone jumped off the tender, then Calvin and I went out 25 yards to pick up a mooring ball to leave the tender on.  Then he and I had to swim into the beach.  Once we made it to shore, we hiked over a small peak to the reef bay sugar mill ruins to learn about how sugar was made.  The Ruins here are in pretty decent shape and you can see how they would process the sugar.  There are signs around the property that tell about the different parts of the mill. 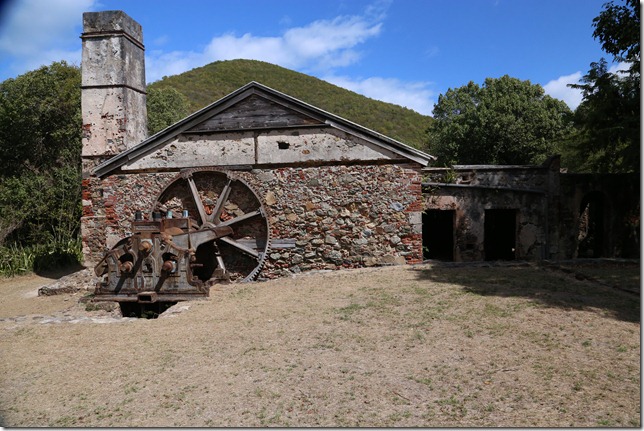 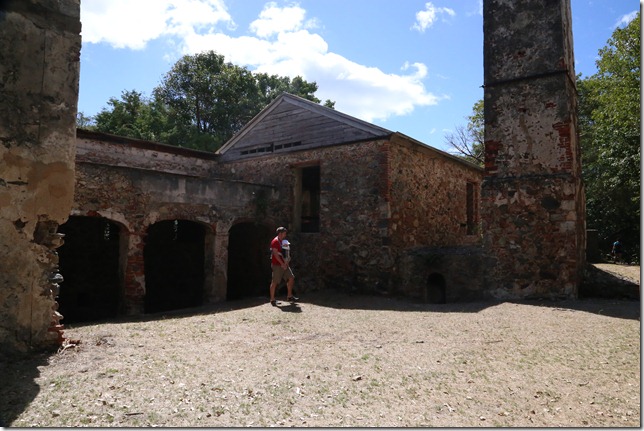 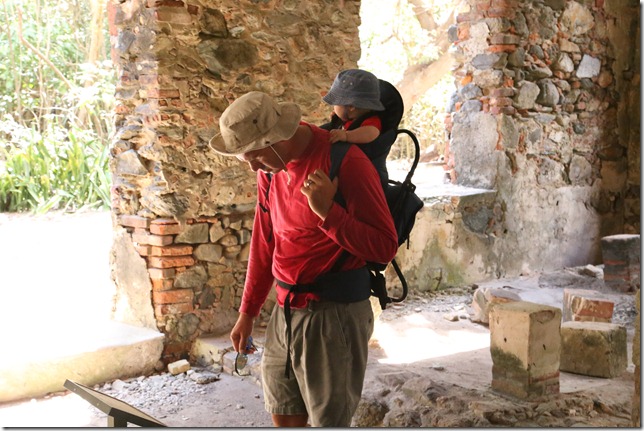 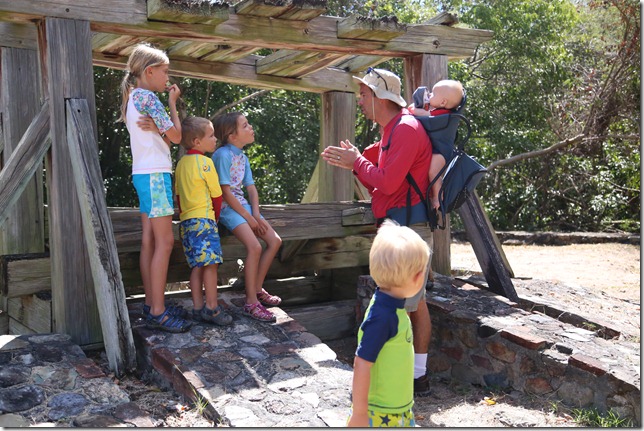 We then hiked down a trail and up to the ruins of the Great House of the sugar plantation. They had a beautiful view of the bay.  On the way down from the House we saw a couple of dear off the trail. Benjamin was the first to spot them and said “Look—there’s donkeys!”  He’s a cute kid. 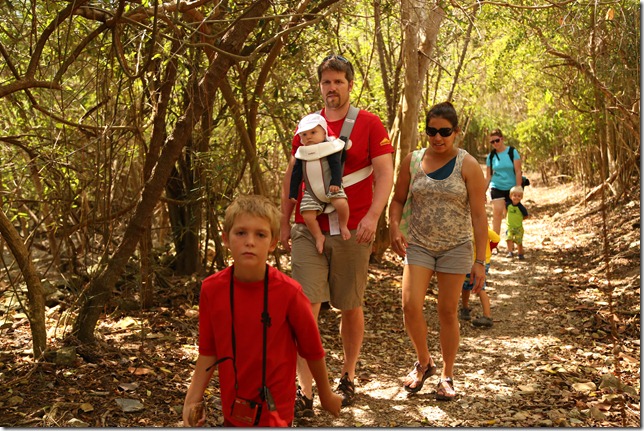 From the Great House it was a short hike to a little boulder valley where some petroglyphs from the Taino Indians were found.  We have learned about the Taino’s in Dominican Republic, Puerto Rico, and now US Virgin Islands.  Last year we spent a lot of time visiting Mayan sites, and this year the Taino’s.  It has been interesting learning of their similarities as well.  This particular site is an area that is probably a beautiful waterfall during the rainy season, or right after a big downpour.  The petroglyphs are carved into rocks above pools of standing water.  It is interesting that when water is splashed on the rock, the drawings are so much easier to see. 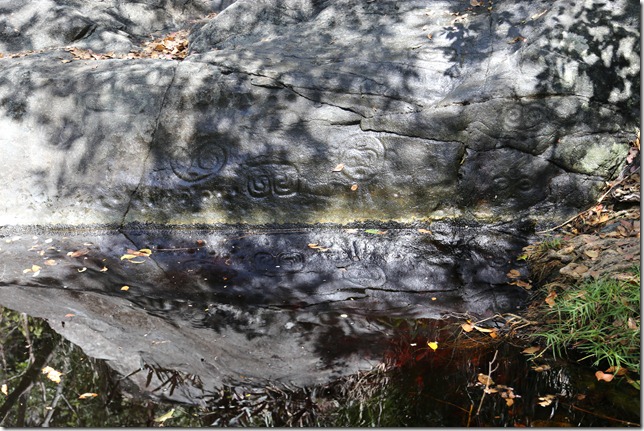 After we hiked back out to the bay where we left the tender, I was just in awe of the beauty.  As we came out of the woods to the view of the water with the sun shining overhead, it was just gorgeous. 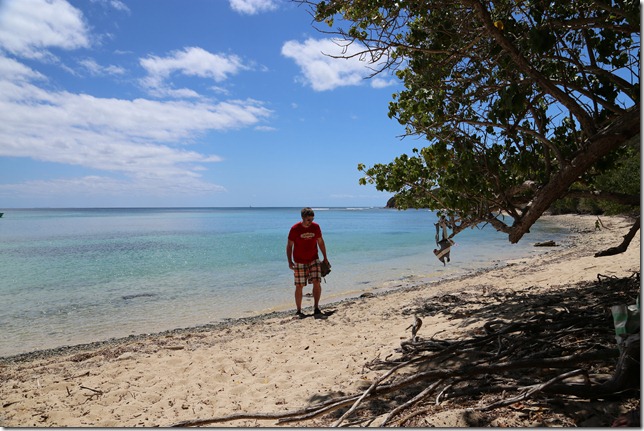 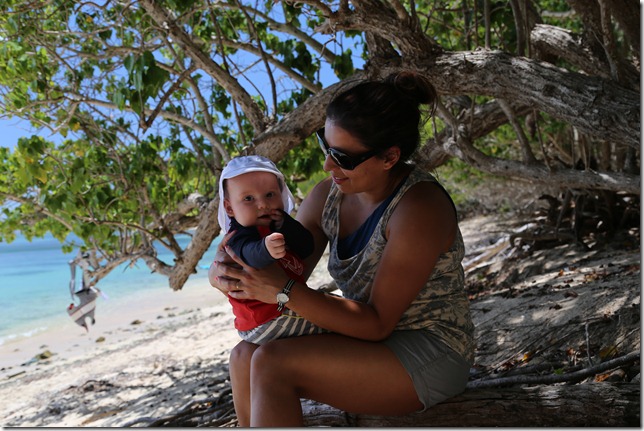 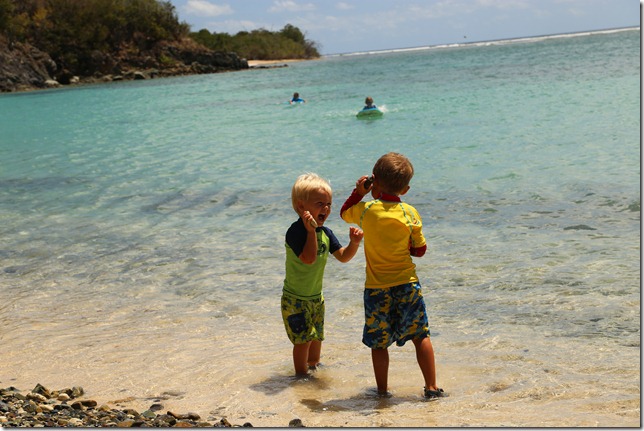 We loaded up and took the tender to the next bay over where there was a nice beach and snorkeling.  We dropped Sean off with a few of the kids to swim, snorkel, and play, while the rest of us headed back to the boat to pack a picnic lunch, feed the babies and put them down to naps for the afternoon.  David, Cristina, and I then headed back to the beach to feed the others and spend a few hours on the beach.  It was David’s turn to drop us at the beach, and tie up the tender and swim in.  He arrived at the beach after snorkeling his way in with his sandals tucked into his swim shorts and shirt. 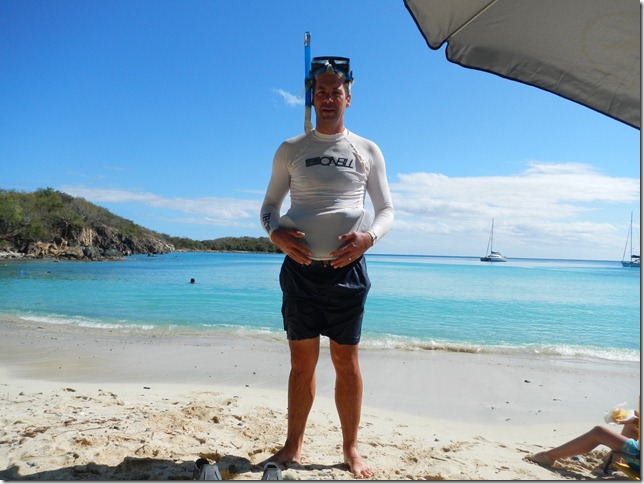 While we were gone Sean and the kids had built a mega sand castle.  The kids made some friends on the beach and had fun playing with other kids.  After lunch Sean and Cristina checked out the snorkeling.  Cristina saw an eagle ray, so beautiful.  They also saw a few squids, hanging out in a line.  I headed over to see if I could find the squid.  I didn’t but I found lots of pretty fish swimming around the rocks. 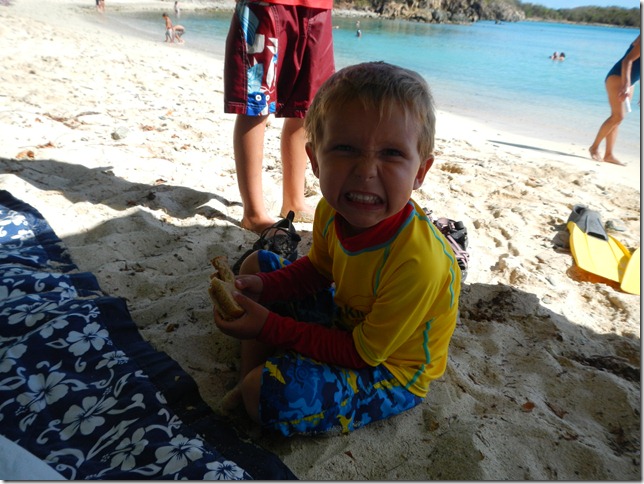 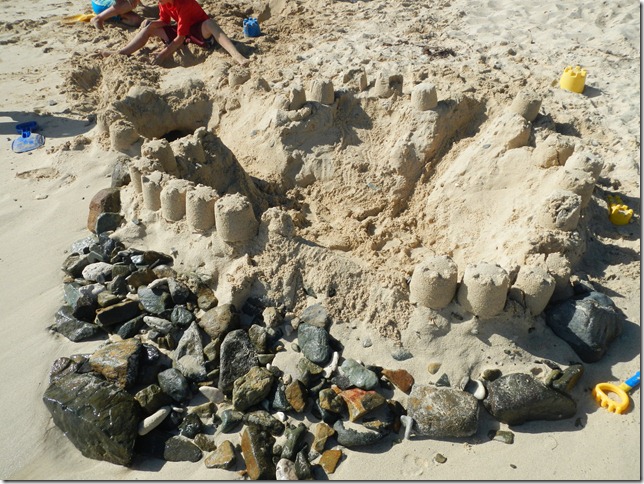 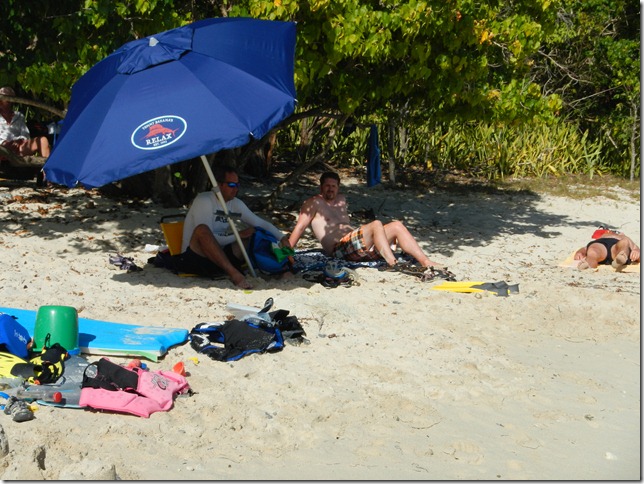 We had a great visit with Sean and Cristina!  It was fun to have them aboard the boat and traveling with us thru the Spanish and US virgin Islands.  We loved getting to play with baby Isaac.  To head home, they had a flight out of St. Thomas, just a few miles away from our anchorage.  We were able to run them over to the east end of the Island where they were able to take a taxi to the airport. 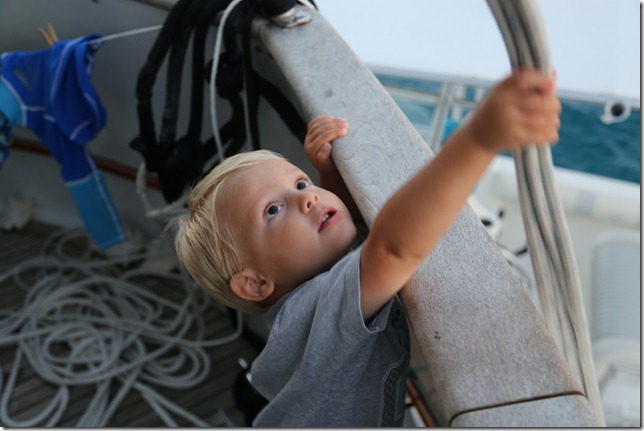 Such a cute boy!