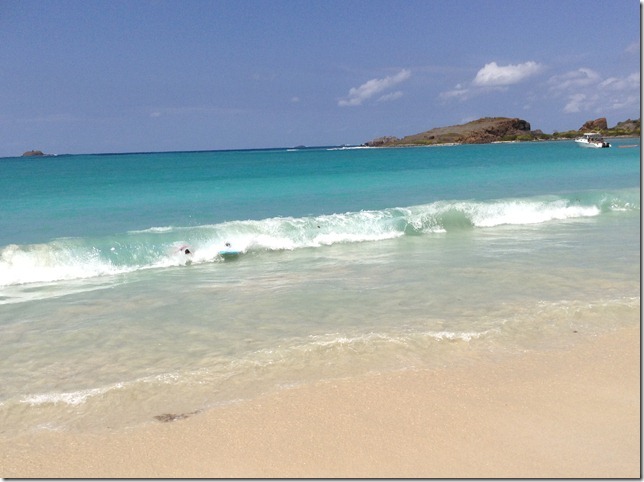 Our next stop was Culebra and Culebrita Island.  We spent the day anchored off of Culebrita.  Shortly after we set our anchor, more and more boats arrived.  It was Saturday after all, so it was filling in with locals out enjoying the day.  Mostly small boats were dropping off people for a day in the water and sun.  Culebrita is a small little island off the east side of Culebra- a Spanish Virgin Island.  Due to North winds we anchored off the south west side of the island instead of the north anchorage with the great beach.  The west side has a small strip of beach, but has good snorkeling which we would enjoy later in the day.

For lunch time, we rode the tender to shore and then hiked a short trail to Bahia Tortuga on the north side of the beach.  I am surprised with all the cactus we have started seeing on the Virgin Islands.  It was unexpected.  At the end our our hike we were rewarded with a big stretch of sand and palm trees.  Because of the north winds, the beach now had some great waves for body boarding.  The kids had a great time riding up the beach on the board.  David, Sean, and Cristina each took turns on the one body board we carried on the hike.  Cristina got hit with some big waves and after getting dunked and bumped in the nose, she took it as a sign to pass the board on to someone else.  Sean and I snorkeled around looking for turtles, since that was the name of beach, but with the waves rolling in there was a lot of sediment in the water and the visibility wasn’t good.  It was a good swim though.  I had read that Culebra and Culebrita is one of the few places in the world where the turtle population is increasing. 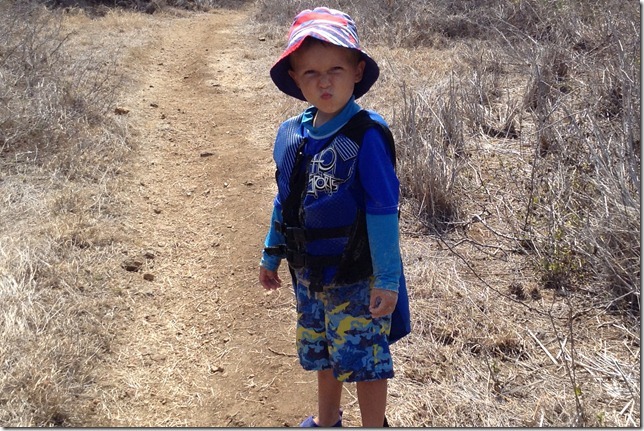 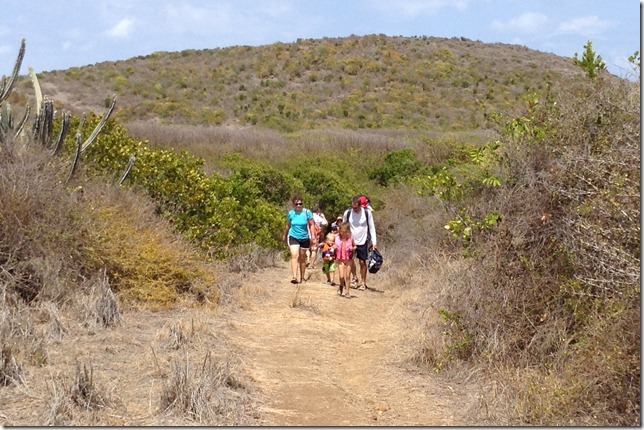 We had a quick lunch on the beach and played for a couple hours, then headed back to the west side of the island where we spent another hour or so playing in the water and snorkeling. My camera took 3 pictures after we arrived at the first beach and then the battery died, so one picture is all this post gets. 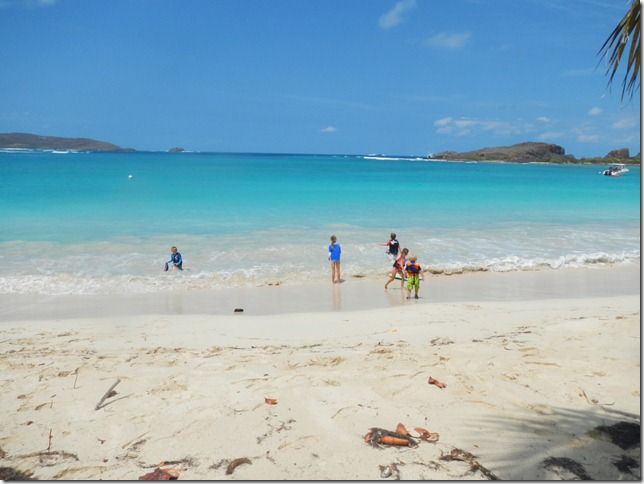 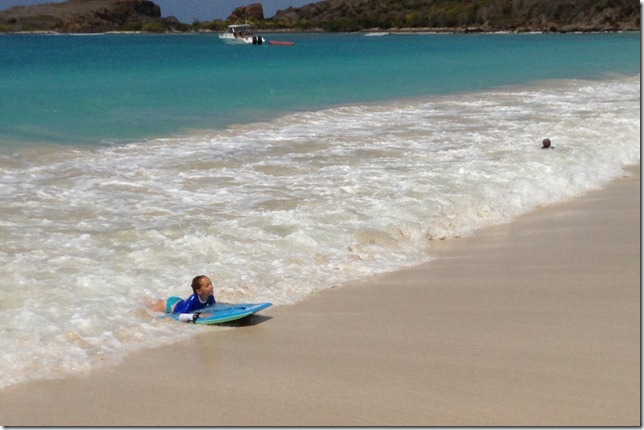 Just before dusk we headed back to the boat, pulled up anchor and headed a mile across to a calm bay on Culebra.  We anchored near the main town and left the kids and Madison on the boat, while Sean and Cristina, David and I enjoyed a Puerto Rican meal in town at the recommendation of a local we met on the town dock. 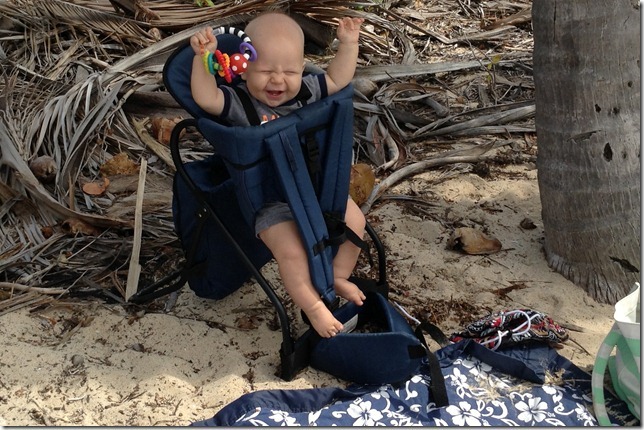