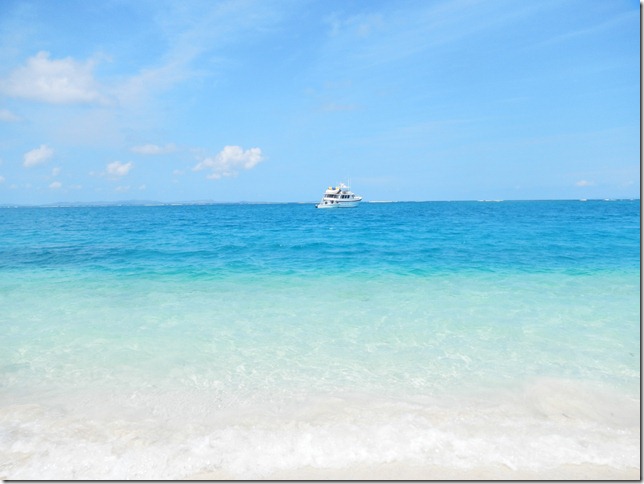 Our friends at Palmas Del Mar had told us about this nice anchorage on the northeast tip of Vieques.  We stopped in to spend the afternoon and night there.  Only one other boat joined us in this beautiful spot. The east end of Vieques was used years ago by the US Navy as bombing practice.  They stopped this practice years ago but kept several of the anchorages off limits in case there were unexploded bombs.  We were told that the anchorages were now open but information about the area is hard to find.  On shore we found signs telling us to not explore shore for fear of unexploded bombs, so we kept to the beach. 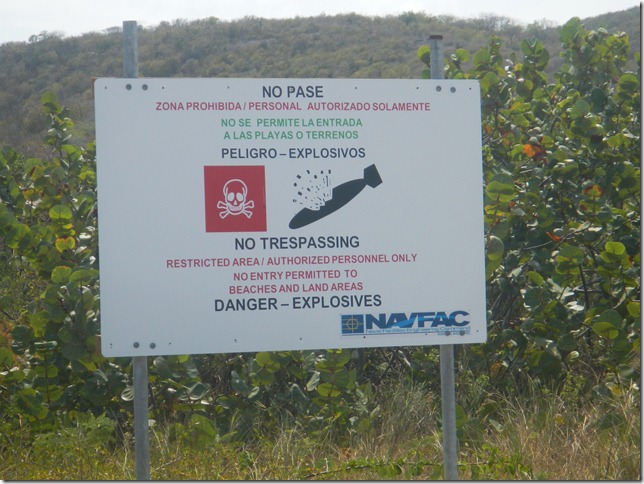 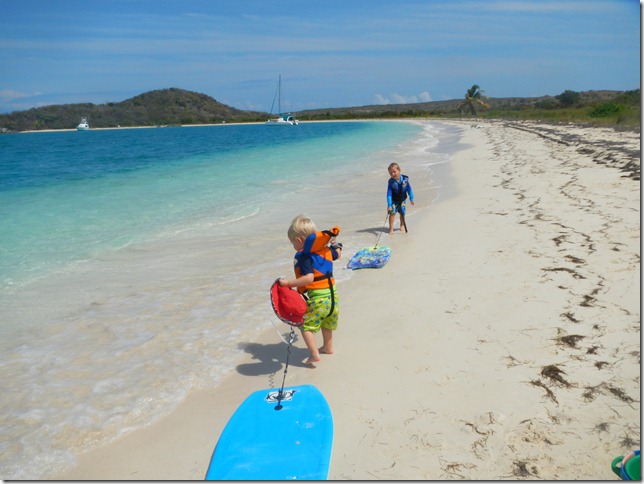 We spent the afternoon on the beach.  Sean, Cristina, jessie (the dog) and the kids swam to the beach from the boat.  I followed a bit later, while Matthew hitched a ride in the tender with David.  As I swam to the beach I passed over 50 star fish along the way.  They were everywhere! 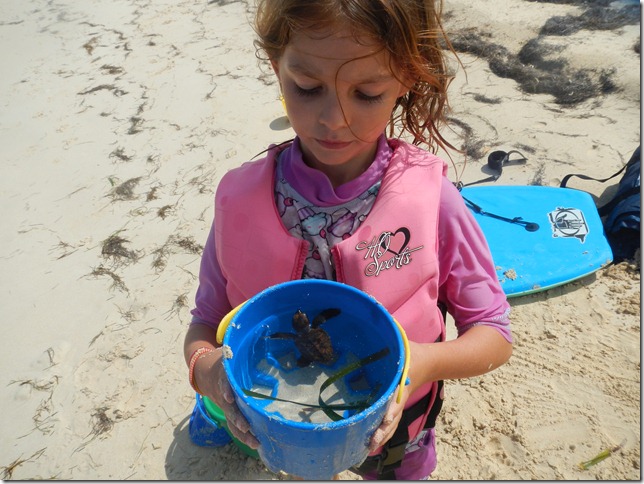 When we arrived at the beach, Isabel had found a baby turtle and had scooped it into a bucket.  We admired the turtle for a bit.  He was a feisty turtle, fighting to free himself from the bucket.  He pulled himself a few times out of the bucket.  I knew it was time to set him free, he was fighting so hard for it.  We watched him crawl over the sand to the sea and swim away.  It was so neat to watch. 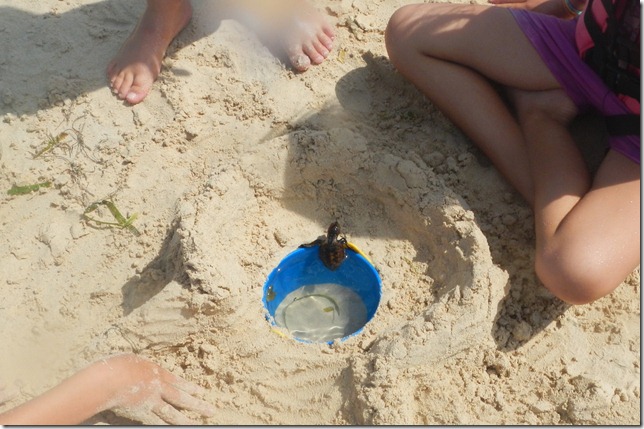 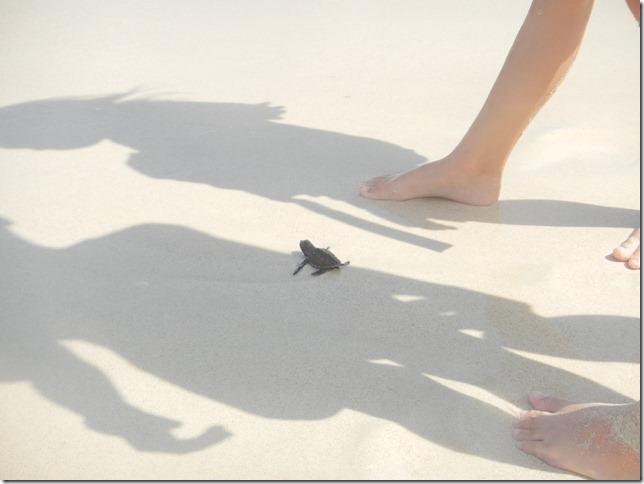 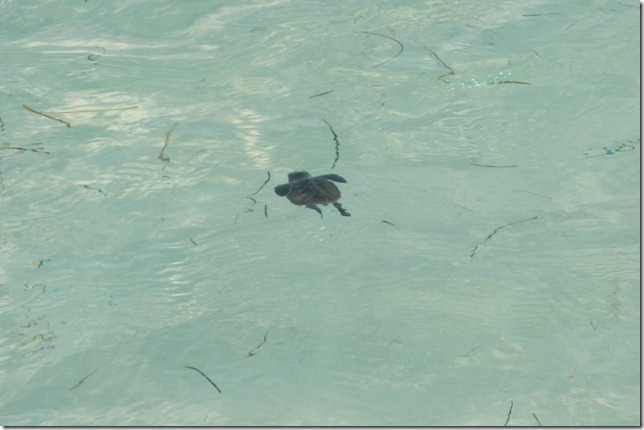 As we walked along the beach we spotted about 5 other baby turtles all making there way out to sea.  Some were not as feisty as the one we had spent a short time watching, they drifted in the shallow waters, not quite making it to the deep. They are so little, they look like a leaf floating in the water.  You have to look close to see that they are in fact little turtles. 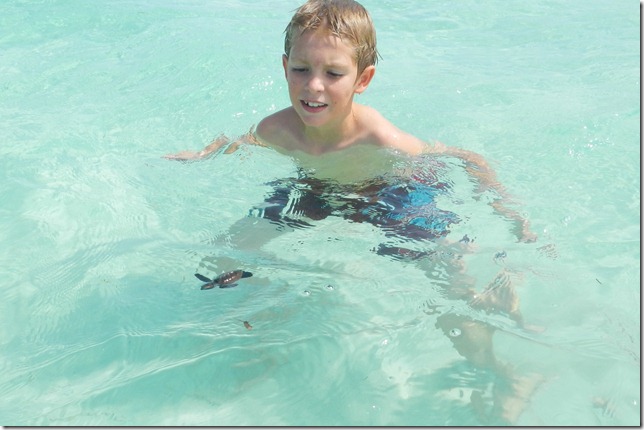 Sean and Cristina snorkeled out near the end of the beach by the rocks. The kids loved playing in the sand and digging holes.  I admired the beautiful water colors as it rolled onto the sand.  It felt great to be out of the marina and back to exploring the sea.  Madison swam out from the boat.  With her watching Matthew on the beach, Calvin and I headed off to snorkel a bit too.  David came along in the tender after dropping Cristina and Baby Isaac at the beach and gave us a lift to the outer reef of the bay to explore.  We didn’t see too much out there as far as coral and fish, but I found a beautiful King Helmet Shell and a floating purple sea fan. 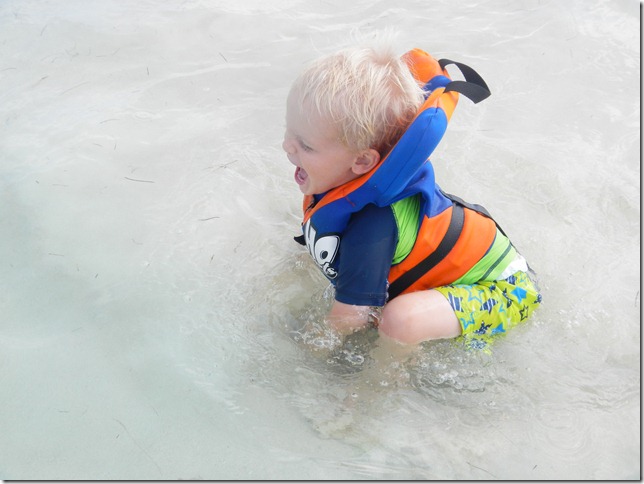 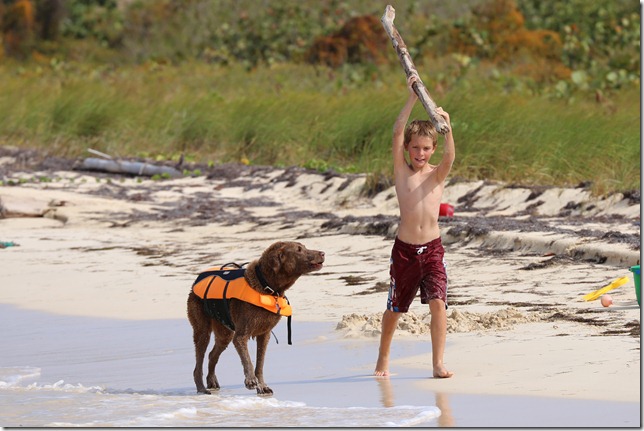 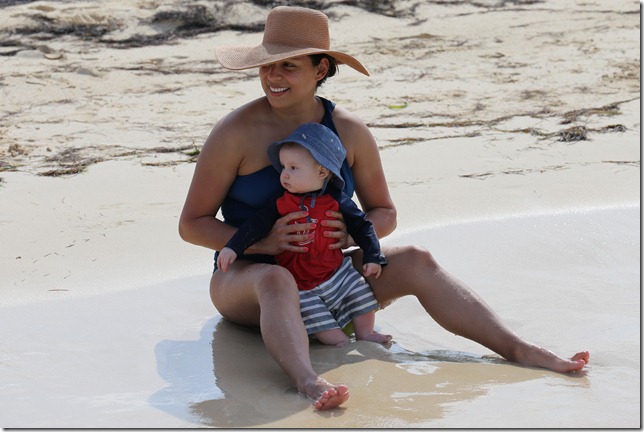 We headed back to the beach to pick up the rest of the group, it was nearing dusk, and I learned months ago—dusk is not a time to be on the beach!  The sand flies come out, they are teeny tiny, you can’t see them, but they are there, biting you.  No Thanks!  So we packed up the toys and Sean and I swam back, while the others rode in the tender.  After everyone was back on board, David and I were cleaning up the tender, putting the snorkel gear away, packing up the sand toys.  I grabbed my new finds – sea fan and shell—and went to step from the tender on to our back steps, and I slipped.  I hit my hip, elbow, and head on the way down into the water.  Ouch!  The wind was knocked out of me and I needed to float a few minutes before I could move.  I had dropped the shell, and it sunk 15 feet to the bottom.  Isabel exclaimed—”at least you saved the fan!”  It had dropped on the swim platform.  I was bruised and bleeding—but I saved the sea fan. 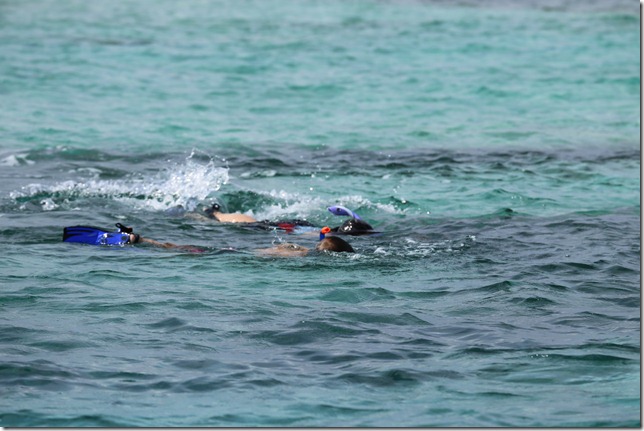 When I was able to climb out of the water and get inside to survey the damage, I was going to have a big bruise on my hip (that Cristina later referred to as red cabbage).  I had 2 cuts on my elbow, which was also going to bruise, but at least none of the cuts needed stitches.  I won’t be making a leap like that again.  Seeing I wasn’t in shape to dive down to retrieve my dropped shell, David jumped in his swimsuit and dove after it.  It’s a beautiful shell. 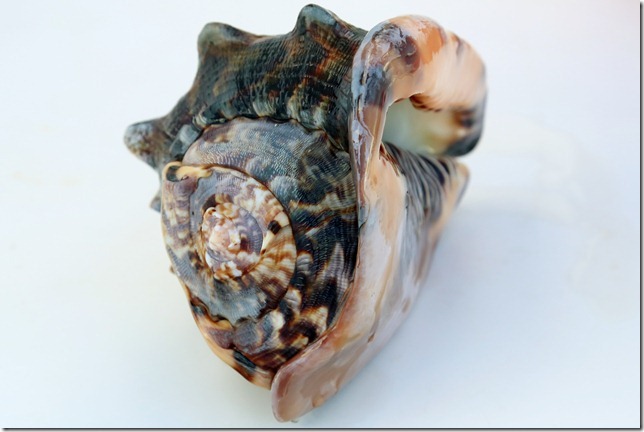