While staying at Cambridge Cay we took the tender 10 miles south to Staniel Cay.  Staniel is a big stop for most boaters, and it has a large anchorage area that can fit a lot of boats.  We were planning to bypass it when we move further south, so we thought we would take the tender down instead for a morning to see the swimming pigs. 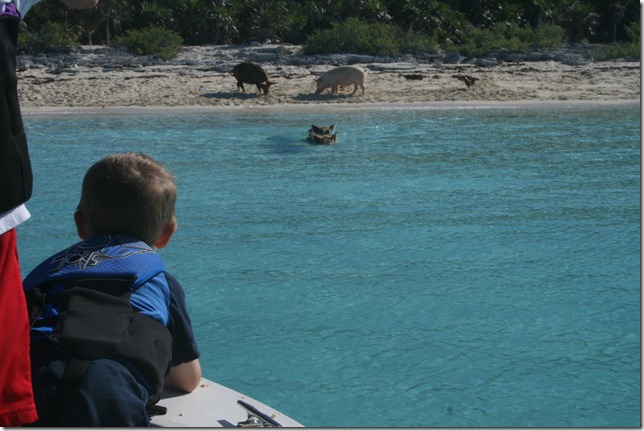 lFrom the anchorage there are 3 beaches.  The south beach has 4 or 5 pigs that live on it.  They were brought there by a local.  Over time they learned that the boaters would bring them food and they learned to swim out to the dinghy’s that would approach the beach.  When we arrived another tender had taken their scraps ashore so the pigs were busy eating already.  We waited a bit and toured the anchorage looking at the boats anchored there including a 100 ft mega yacht.  It is always fun to see a fancy yacht at anchor, usually we only see them at a marina, but in this part of the world there aren’t any marina’s for mega yachts, or regular boats, so we all anchor together.  It reminds me why we are travelling on a boat… there are some parts of the world, that a boat is the only way to see them, and the Exhuma’s is one of those places.  It is so worth the effort of travelling by boat to see. 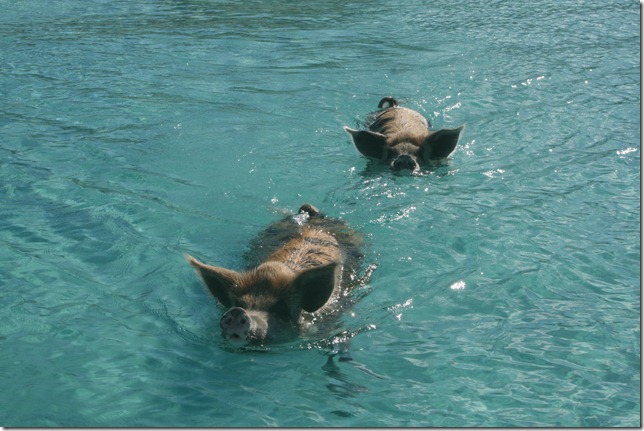 We circled back around and 2 of the pigs ventured out to see us.  They swim like dogs, same sort of movement.  We had brought some bread ends that we had left over, but they didn’t seem to like my homemade bread, I guess they are a bit of food snobs. 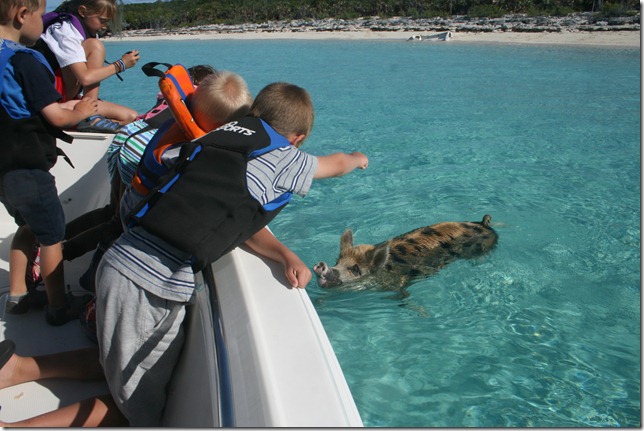 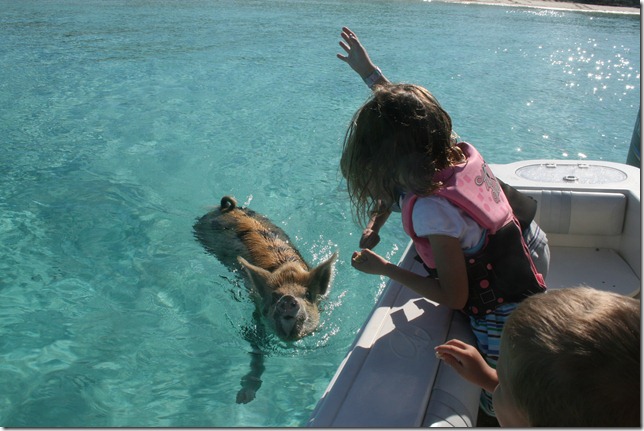