While at Cambridge Cay we spent a day snorkeling the area.  We went to several different spots in the area and had a great time.  The first place we went to was called the Sea Aquarium.  It is very aptly named.  It is this little sheltered grotto.  I was the first to hop in and was just surrounded by little fish.  I have snorkeled a lot but have never been surround by so many.  I didn’t know where to put my hands or how to move, afraid I was going to hit them, which is silly since with the flow of the water they just move out of the way, but they were everywhere, I felt crowded.  The kids hopped in next.  Because it is just a little area, we put out a rope tied to the boat for the kids to just hold onto and keep their heads looking in the water.  No need to worry about them floating away and all the fish are just right there in one spot.  Benjamin really enjoyed it! 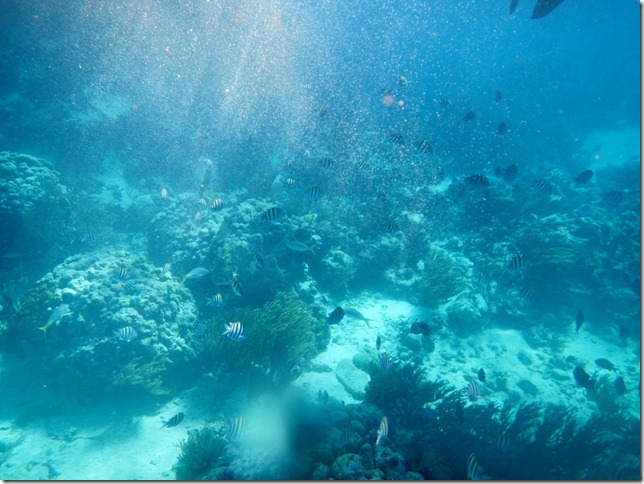 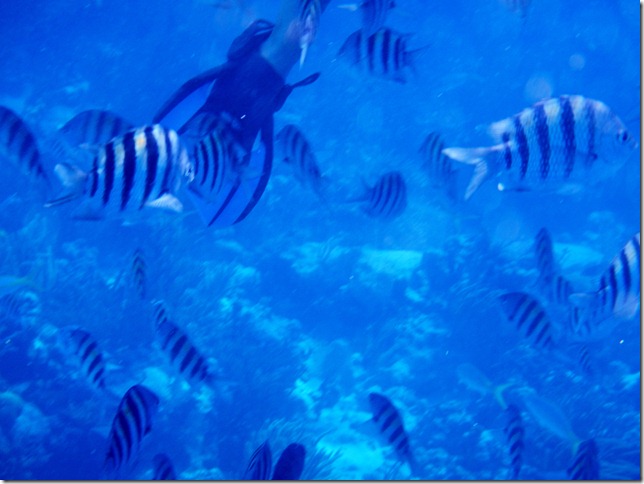 Matthew and Alexander stayed in tender watching and sleeping while we enjoyed the water below.  David and I took turns hanging out with them in the boat. 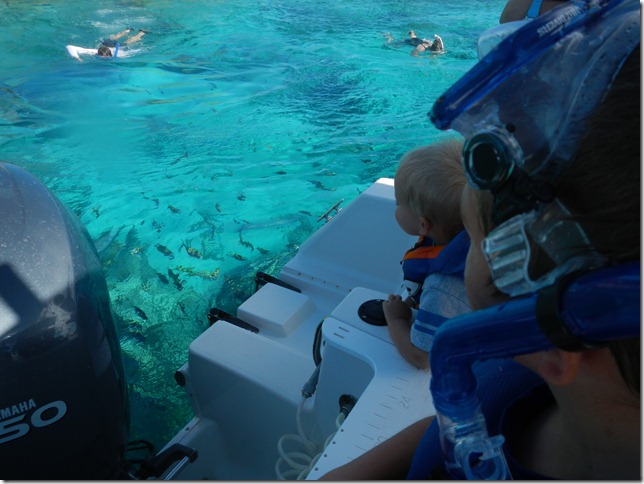 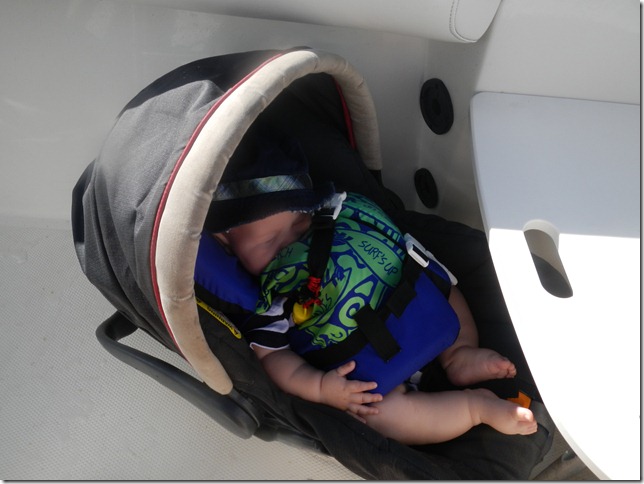 Another snorkel stop was at a light plane about 20 feet in the water.  The current was ripping thru so only a few of us got in to see the plane below.  We were able to hold on to the mooring ball line to keep us from floating away. 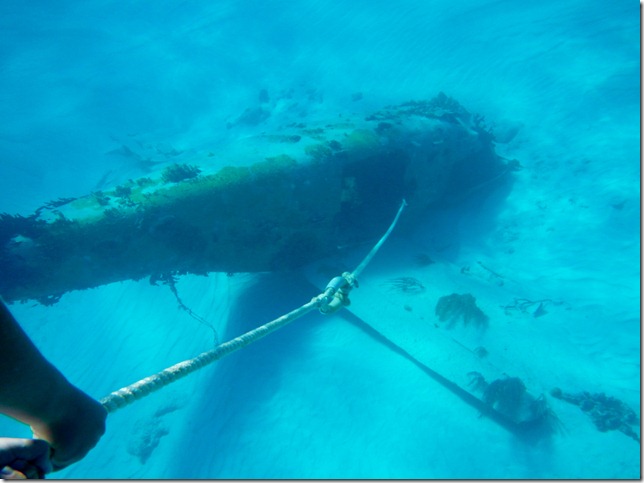 The kids were done snorkelling so Madison and I did a few drift snorkels on the way back to the boat.  We saw 2 different sting rays swimming along, an spotted eagle ray, and a southern sting ray.  I was hoping to find a turtle but didn’t till later…

Later when the little kids were ready for naps, we put them down in their beds on the boat, and Savannah stayed to babysit, while David, Madison, Calvin, and I headed over to the Rocky Dundas to snorkel.  We had to wait till slack tide to snorkel here, which was late afternoon.  The reef outside is pretty, and then you can snorkel thru the hole in the cay and into 2 different caves.  They were fun to snorkel around in.  We saw some cool fish we hadn’t seen before.  Along the reef outside the cays we saw a beautiful stand of Elk horn Coral. 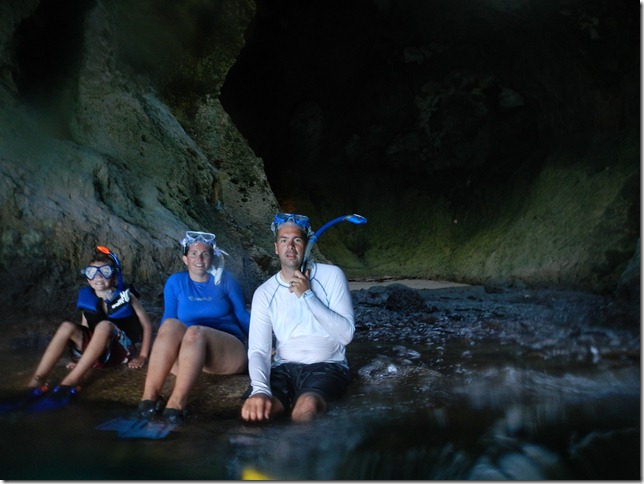 After the caves, David dropped Calvin, Madison, and I off for a drift snorkel.  After a bit Calvin said he was ready to head out to the boat.  I coaxed him into snorkeling a little further, to the end of the reef area.  And just before we met up with the boat we saw a turtle!  It was a little guy, maybe 2 ft, swimming along.