With Doug on board, and a nice weather window, we decided to pick up the anchor and set sail on the 26th for either Turks and Caicos or straight to the Dominican Republic.  It was a beautiful day, nice and calm, so we put out a couple of lines to try fishing.  We have decided we know how to fish, but not how to catch.  We are still working on it.  And Calvin enjoys every time we try.  He is using these fishing times to earn his fishing belt loop in cub scouts. 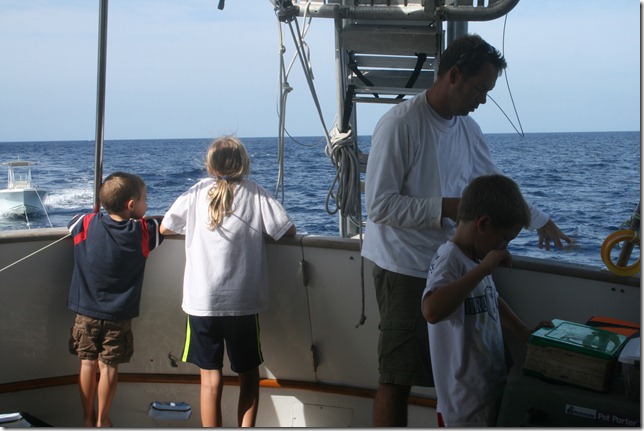 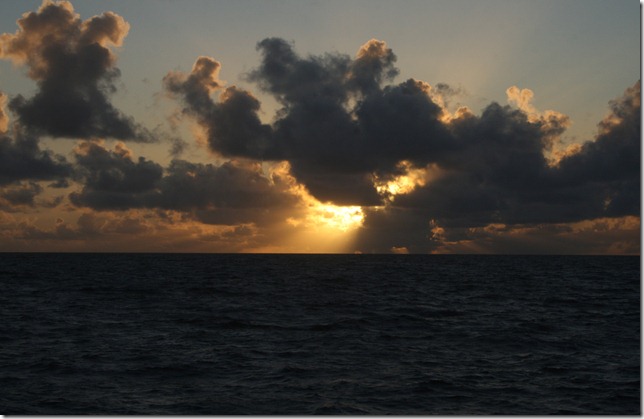 A few hours later we rounded Long Island in the Bahamas, and the swell picked up.  But still not so bad.  It was getting later in the day, soon it would be dinner, and the kids would go to bed.  They always sleep really well when we are under way, so that always makes it easier on me.

The sunset was beautiful of course.  With 4 adults on board.  We worked out our night watch schedule.  Doug and David each picked a time slot for the middle of the night.  Madison and I took slots earlier in the evening and early in the morning.  Each of the 4 oldest kids got a 2 hour slot with an adult thru the night to be on watch too.  They enjoy the special time of being up in the middle of the night, watching a movie, eating popcorn, and checking to make sure we don’t hit anything.

Sometime during the night, the waves picked up and were a little rougher, but then a few hours later, the winds calmed and the waves did too.  By the time the kids got up in the morning, it was fairly nice travel.  We usually don’t watch much on the TV while on the boat—except when we are under way.  It is just easier for the kids, especially the little ones, to sit and watch movies and shows all day.  So that is how they spent their day.  In between shows they would come up to the flybridge and have a popsicle or 2 and enjoy the sunshine, then back down for another movie.  Savannah and Calvin enjoyed listening to Books on CD while we travel.  Their favorite—Tennis shoes among the Nephites Series. 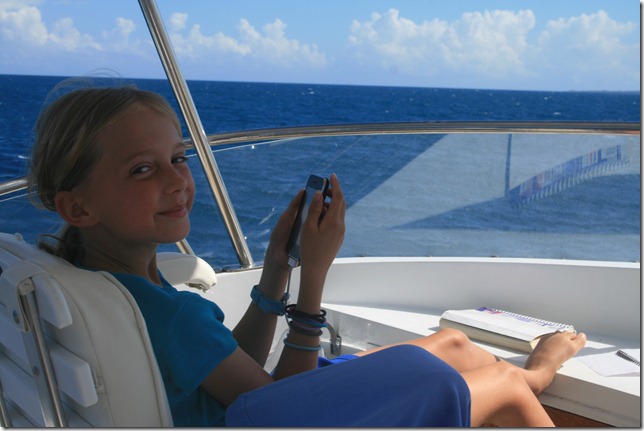 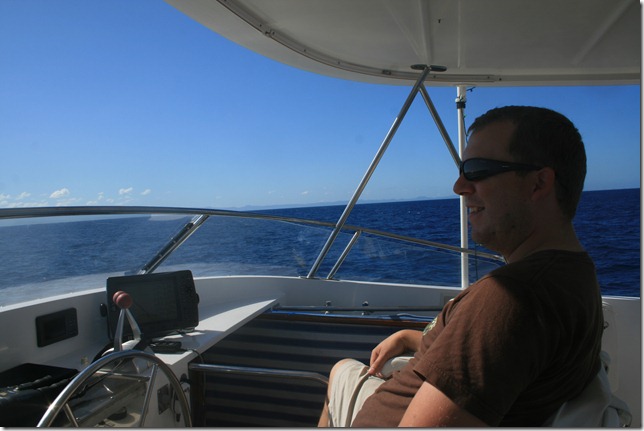 Later that day we considered stopping at Turks and Caicos for the night.  But after reviewing the weather we decided to continue on to the Dominican Republic.  We were concerned that if we stopped overnight, we’d run out of good weather to make it all the way to the DR.  So on we went again thru the night.  As we passed T&C a few miles off shore, we were able to pick up cell phone service to send out a quick text or 2.  Phone calls are quite expensive.  But I could spare 50 cents for a text or 2.   The waves lessened as we were in the lee of T&C, but then again around midnight they picked up which we had been expecting.  It wasn’t terrible, but enough to make Calvin sick during his night watch.  He opted to go back to sleep instead of staying up for his whole shift with Uncle Doug.  In the morning as we got closer to the DR, the waves became more consistent and  then lessened the closer we got to the Dominican Republic.  They were also on our beam more so that makes for nicer travel in waves too.

A little after breakfast time I popped my head upstairs to look around and could see the mountains of the DR off in the distance.  It was exciting, not just to see land, we’d seen it over the course of the trip, but this was land we were going to and it was mountains.  We hadn’t seen those in a long while. 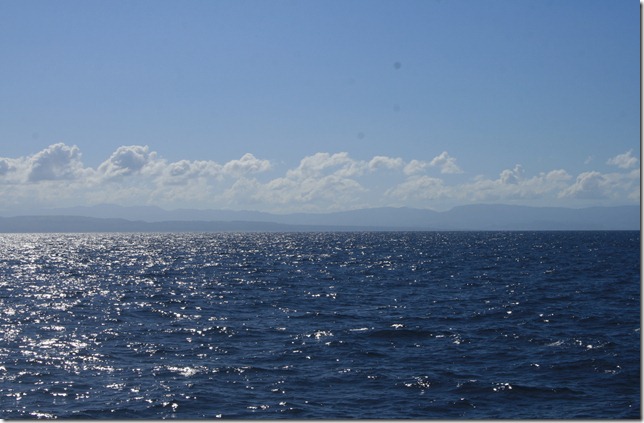 We had planned to anchor in Luperon and clear in there.  But as we pulled into the anchorage, it was quite full and we couldn’t easily find a place to fit.  A lot of the boats seem like permanent residents, rather than an anchorage of travelers.  So we decided to head back out to the ocean and go a little further east to the marina.  2 hours later we arrived at Ocean World.  Clearing in to the Dominican Republic was a breeze.  The officials were quickly all aboard.  Paperwork filled out, minimal fees paid and passports stamped.  All in time for dinner.  Everyone, including Jesse went ashore for a walk around the Marina and Resort while I cooked dinner with the baby.  54 hours of travel.  This was our longest consecutive trip yet.  We have now travelled over 5500 miles on the boat and it has taken us to some great places.  We are excited to explore the DR. 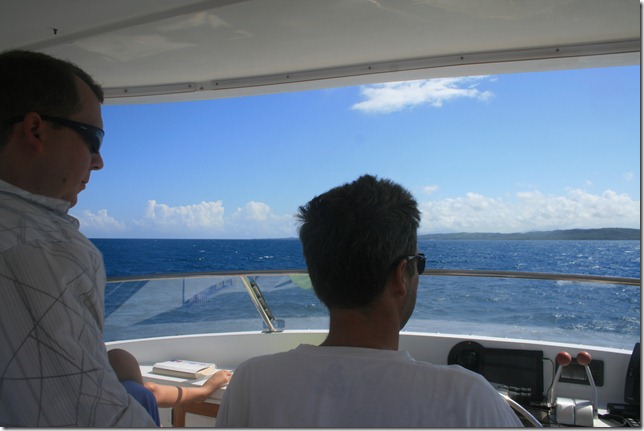