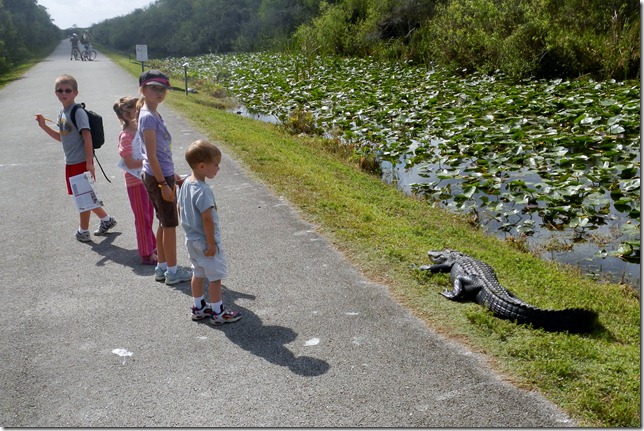 Seriously, no fence, no restraints—the alligators are right there. We walked by a dozen of them, just hanging out in the water or along the path.  Sometimes they would move in or out of the water, but mostly they just stayed very still.  There were turtles and fish swimming around.  And birds. Lots of birds.  Many different kinds we had never seen before.  We went to the Northeast entrance of Everglades NP.  The kids completed the Junior Ranger program, and we did a short hike along the canal and through a hardwood hammock that had some limestone areas with holes in the path from the soft limestone breaking down.  Benjamin wrote about not falling in the small holes for his journal entry in the junior ranger book.  He also really liked counting the birds. 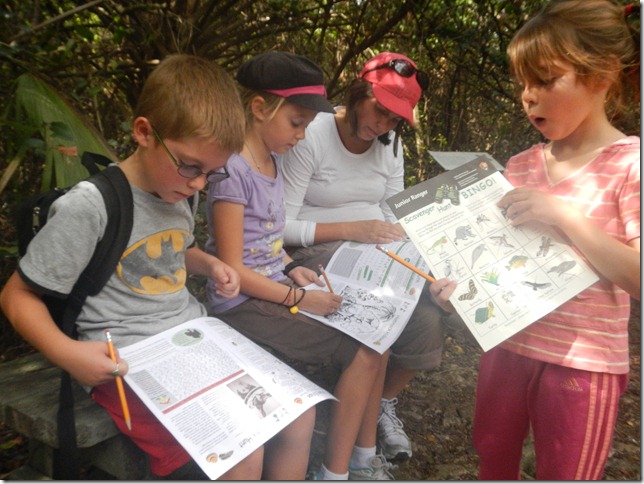 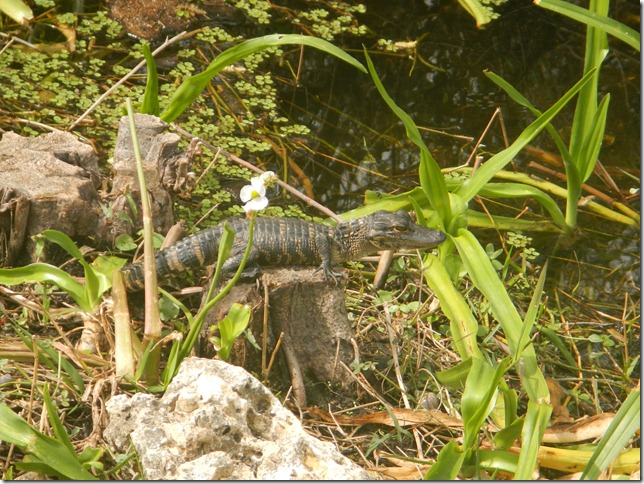 After spending the morning at Everglades, we drove 30 minutes down the road to Big Cypress National Preserve where we attended a ranger program and learned more about alligators, which were larger there than in the everglades, but they kept the canal area fenced off.  Did you know they only eat like 4 times a year?  Alligators can eat only once a year if necessary, but that would be starvation mode for them.  The ranger said they really don’t seem to bother anyone unless provoked or when they are feeding.  He said they canoe and kayak by them all the time without issues.  I don’t know, still scary to me. 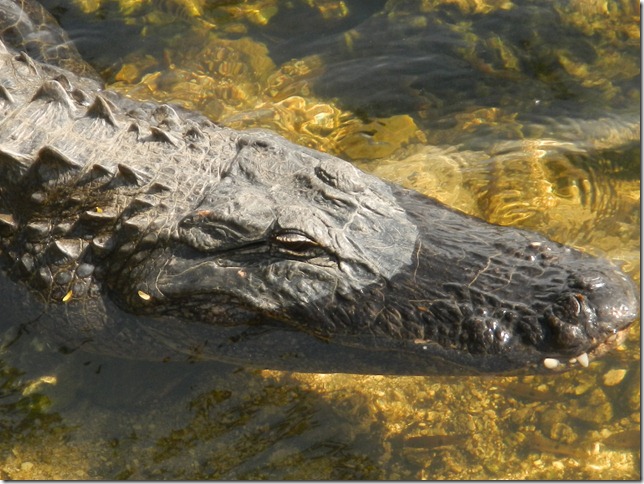