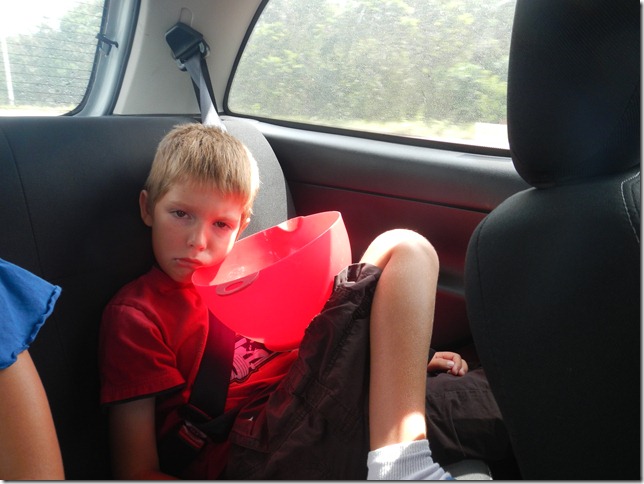 The day following our trip to Tulum and Coba, David and I had planned to take the 3 oldest kids to Akumal to swim with the Turtles.  But with the kids up most of the night sick, we weren’t sure anymore.  Around 10am Calvin seemed fine and Isabel a little tired.  We talked with them and decided we would make the drive to Akumal Beach and then only spend an hour out in the water, as they both really wanted to go.  Savannah felt great of course, she was sick much earlier in the week and was passed it.  The trip started out good.  But then Calvin started feeling sick again, I think the car made it worse.  It was a good thing Isabel brought a bowl in case she got sick, because Calvin used it twice on the way there.  Isabel on the other hand, went to sleep for the hour drive. 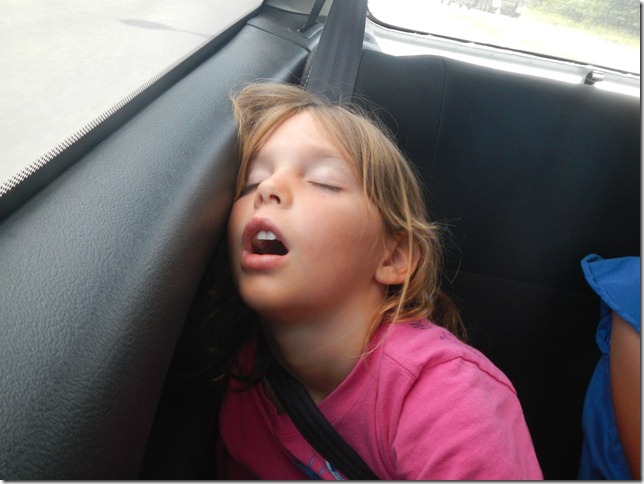 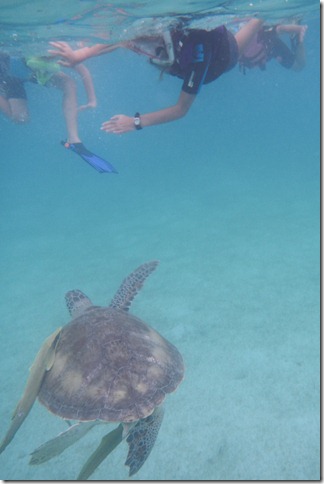 Once we arrived both sick kids felt so much better. We got them changed into wetsuits and off we went in search of turtles.  A friend from home mentioned this beach and the turtles, so after looking it up and reading a bit I learned, you head to the public beach in Akumal and swim out about 100 yards to the grassy areas and look for turtles. There are lots of people snorkeling out in the water so if you head towards a group they are most likely looking at a turtle. There are boats and snorkel shops offering trips, but I don’t know what else you get from them other than a short boat ride out the short distance from the beach which is easily swimmable.  And of course the snorkel gear if you don’t have it, but that you can just rent at the parking lot without a tour group.

Rob and Heidi had come earlier in the week and told us the turtles were huge.  I was not prepared for how big they really are.  They are 3-4 feet long and 2-3 feet wide.  They sit on the bottom munching on the grass.  After a bit they start to swim off and come up for air.  They are 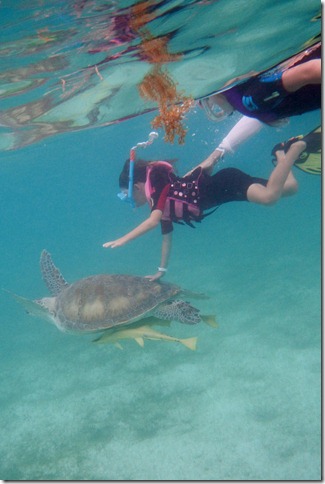 pretty fast swimmers.  They look like birds flying as they flap their fins.  It was so neat to watch.

In all we found 5-6 turtles.  Isabel and Calvin were ready to head back to the beach after a bit needing a rest.  David swam in with them, while Savannah and I stayed out looking for more turtles.  Savannah found a smaller one swimming by us.  She swam off to follow him and he was a fast turtle!  I had to swim fast to catch up with them or she would have probably followed him out to sea.  She had fun swimming with him. 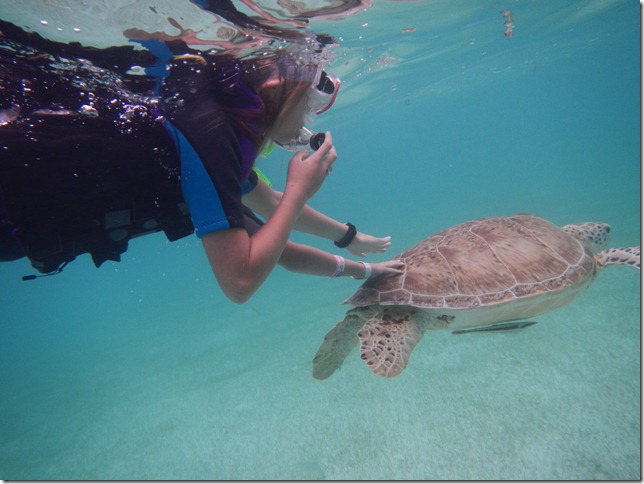 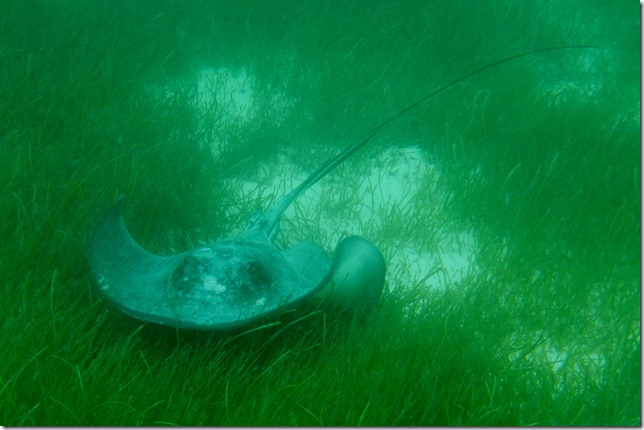 While swimming back in we found 3 stingrays. They are also neat to watch munch on the sand and grass. They swim quite gracefully as well. As we watched them I could see their eyes watching us, on guard. They would swim away more readily than the turtles as we watched them.

The kids all loved the trip, Calvin and Isabel were happily playing in the sand when Savannah and I made it back to the beach.  They were happy and well for the uneventful trip back to the boat.