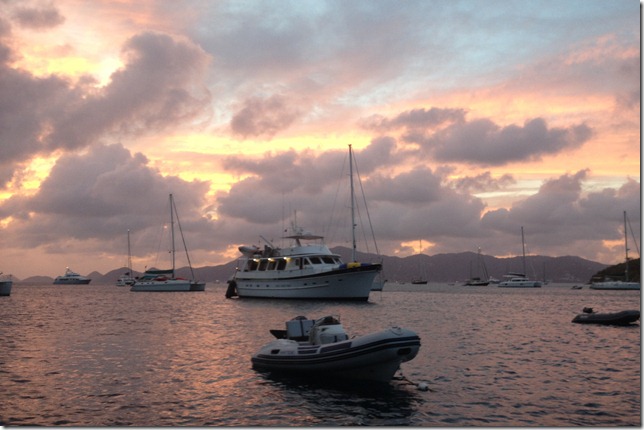 While anchored at Great Harbor, Peter Island, we had heard there was a nice hike ashore that started at the Peter Island Resort.  I was thinking it was maybe just a 1-2 miles, nothing too big.  So early one morning we decided to dinghy to shore and go for a hike.  I didn’t pack any snacks, thinking we’d be back in an hour or two.

We tied our dinghy up to a tree on shore and headed across the peninsula to the resort to find the Sunset Point Trail.  We had been told that it was mostly a road and had benches and water station along the way.

We started on the trail, and it was mostly up, up, up.  I was wishing we had brought the stroller. David was carrying Alexander in the backpack carrier, but Matthew would have liked a ride too.  We just kept walking up and up and up.  We hadn’t yet come to water station, so I was starting to wonder if we were going the right way.  We had passed a couple of other turn offs, but the signs said to follow the road for Sunset Point.  So we kept going up. 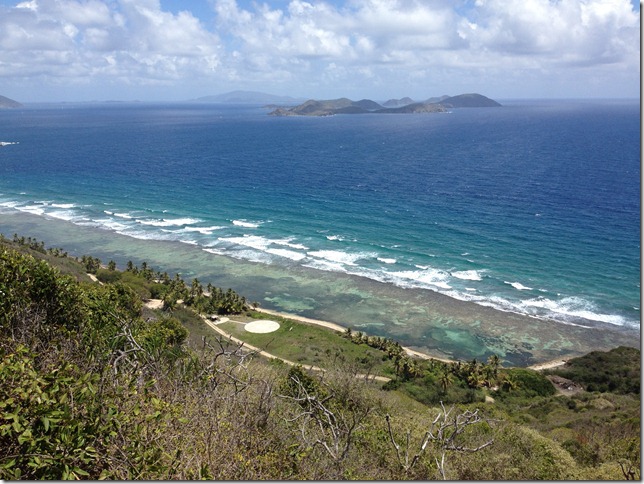 Finally we came to a bench under a shade roof.   We needed a rest.  The kids were hot and thirsty.  We sat for a rest and found under the shade roof a cooler jug filled with ice cold water and some paper cups.  We each filled a cup and drank down the water.  After a few minutes we continued on our way up, up, up.  We enjoyed the beautiful views along the way.  Madison and I took turns carrying Matthew every once in awhile, just to give his little legs a little rest.  Otherwise he and Madison trailed a little ways behind us.  At one point we reached a neck of land and it was sooo windy.  There we found 2 huge windmills turning soaking up the wind energy. 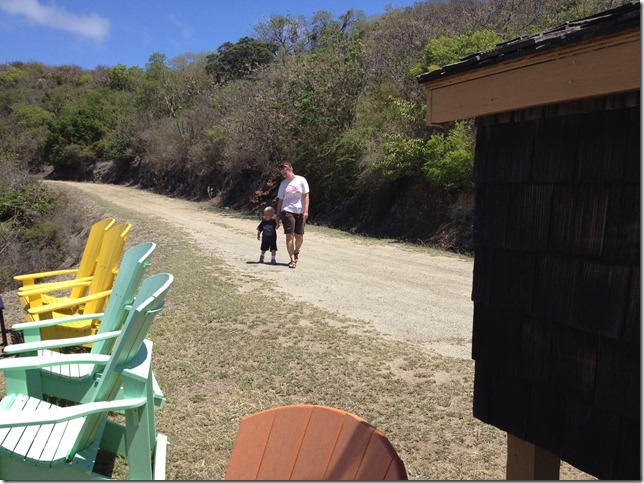 Hurray!  We reached Sunset Point, the furthest south point of the island.  We found lounge chairs and another shade roof with more ice cold water.  We took a much longer break to appreciate the view.  It would be a beautiful point to watch the sunset from. 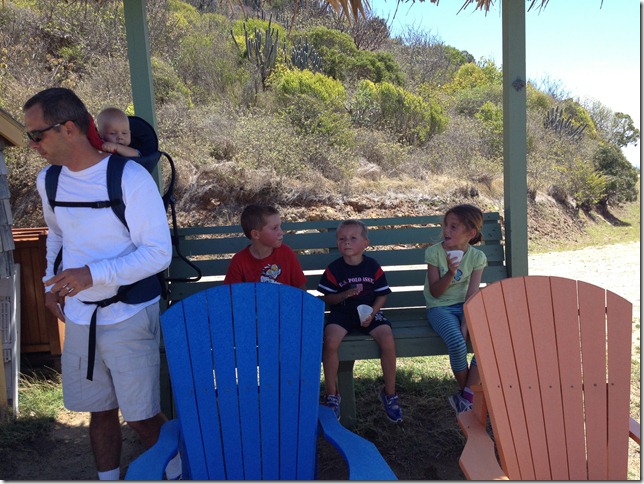 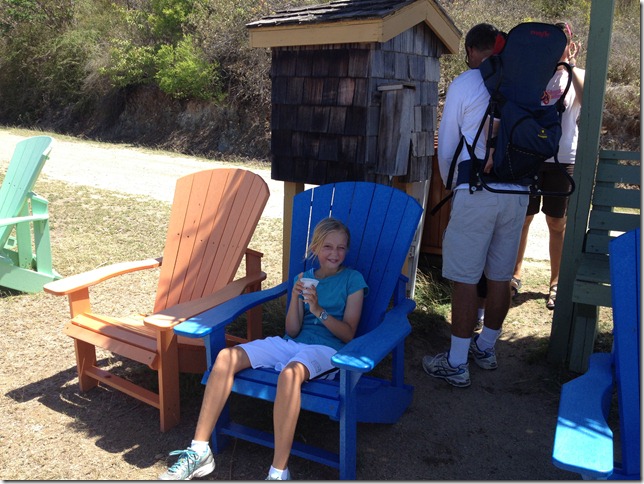 On the way back I decided I wanted to know just how far this hike was, so I had David hand over his phone, I had left mine on the boat.  I turned on my running app and set it to hiking.  We enjoyed the way down much more, since it was down.  It had been a long ways for the kids, so even going down they were tired and worn out.  David and I traded kids, and I took Alexander in the backpack carrier, and he carried Matthew on his shoulders most of the way down.  Near the bottom we took the beach trail back to the resort, it was a beautiful beach.  The kids were so excited when we reached the dinghy to head back to the boat. 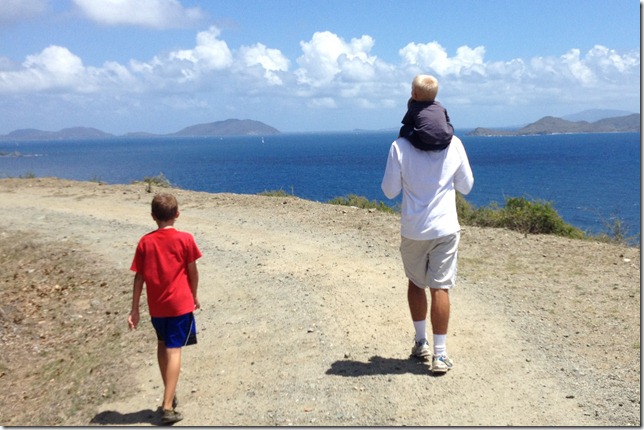 We enjoyed our hike, it was a nice morning break from school work.  The views were so beautiful.   I wish I had brought some snacks to enjoy along the way and to give the kids some energy.  I thought it would be a short hike.  Next time, I’ll re think that.  I checked my app and found that we had walked 3.25 miles, and that was just one way.  So my “little” hike was 6.5 miles. Those little legs of my kids had hiked a long way.  And half of it was up! 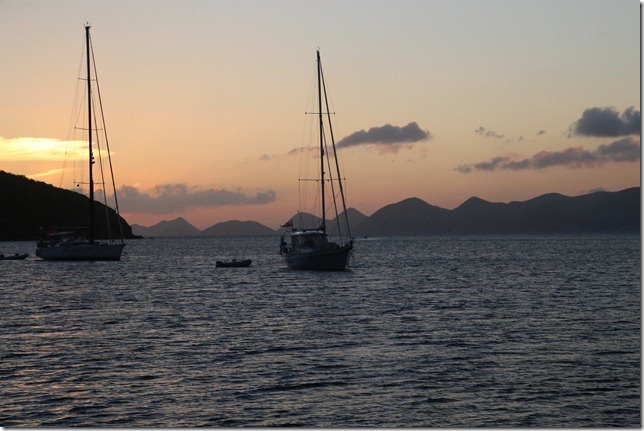