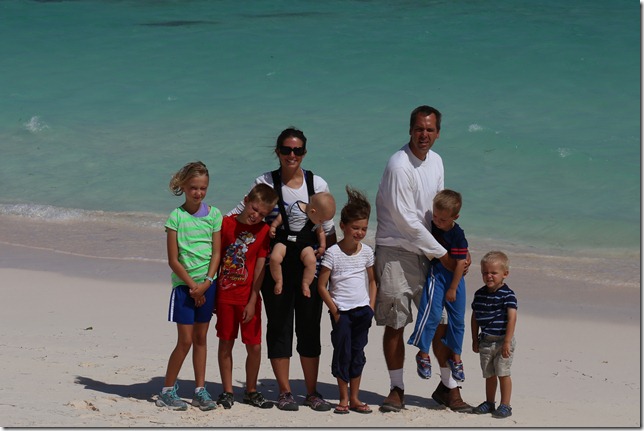 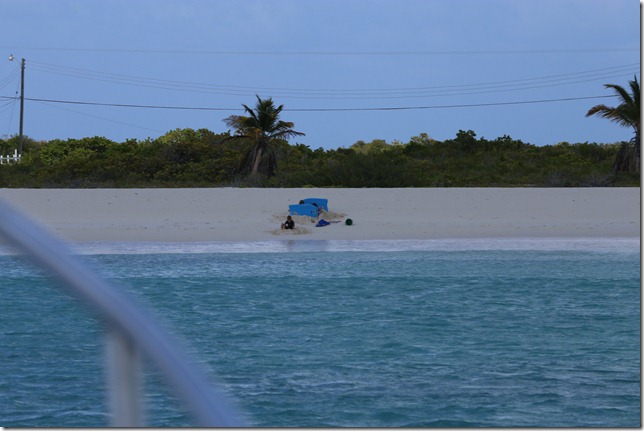 Since we were waiting out weather in the BVI’s we thought we would head north to see Anegada.  It is different from the rest of the BVI’s in that it is a low lying island, rather than a hilly one.  In fact it is disappearing into the water little by little, and what is left is a beautiful reef.  On paper--the anchorage looked like it would provide great coverage from the current winds.  It was a not so pleasant 2 hour journey up there, and the anchorage was not calm as we had hoped.  Anegada’s shore line is mostly one big beach, so it was fun to tuck in only a few hundred feet from the beach and drop anchor in 9 feet of water.  It had been awhile since we had anchored in shallow water.  We only rocked a little, but enough that we debated whether to head back Virgin Gorda for the night.  The kids spent the afternoon playing in the soft sand on the beach.  Once the baby was down for a nap, Jessie and I jumped in the water for the nice swim to the beach.  The sand was gorgeous and soft.  The kids were building a fort with the boogie boards, having a great time.  I started walking down the beach and then decided to run.  I ran as far as I could go till branches and rocks blocked my path, then turned and ran back.  Several times Jessie would pick up a branch and chase me, thinking I would stop running and throw the stick for her.  No such luck.  Once I reached the kids again, I checked on them before Jessie and I made the swim back to the boat.  What a great work out. I had never run barefoot before, at least not a significant distance.  I was worried my feet my get sore, but the sand was so soft, it was great.  I mapped my route on the GPS back on the boat and my barefoot, sandy run was close to 3 miles. 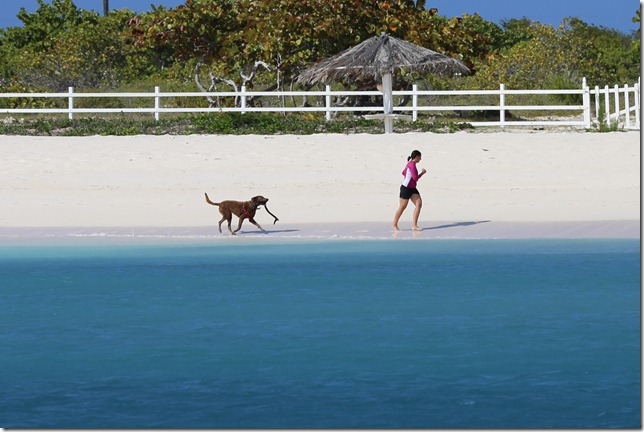 We made it through the night and headed into town the next morning to rent a car to tour the small island.  Our vehicle turned out to be a pick up truck with benches in the back.  The island is very small with only a few roads.  We drove the north side, stopping at a couple of beaches.  The north side was being hammered with waves and had beaches for miles and miles. 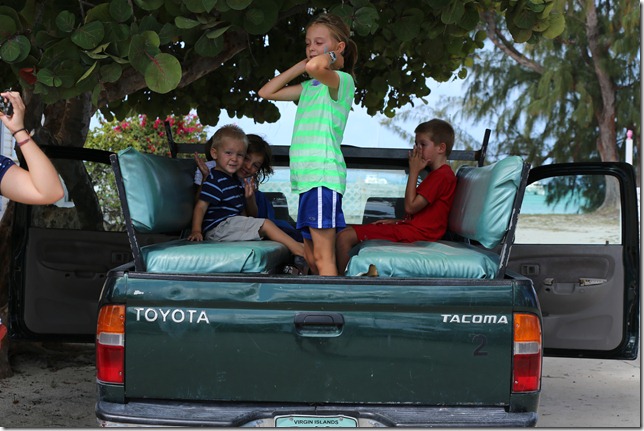 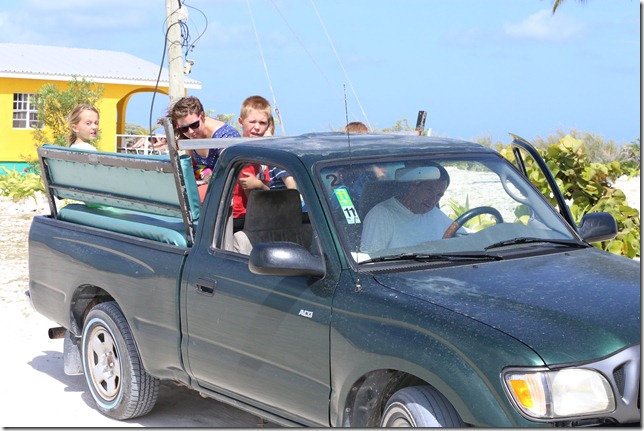 The kids had a nice time shell hunting along the north beaches and just walking on the sand.  Of course if you were looking in the right direction as the wind blows it would whip sand in your face, and that wasn’t very fun. 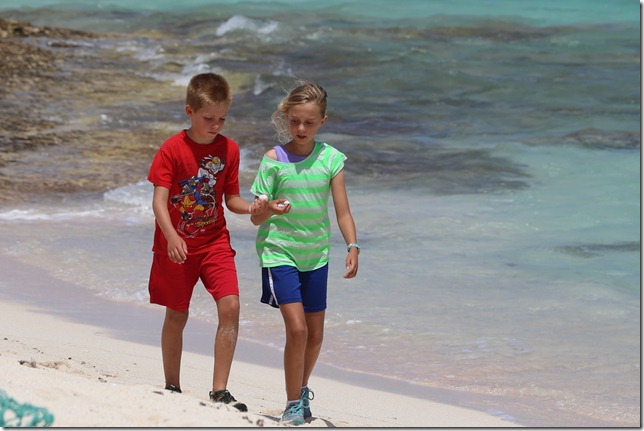 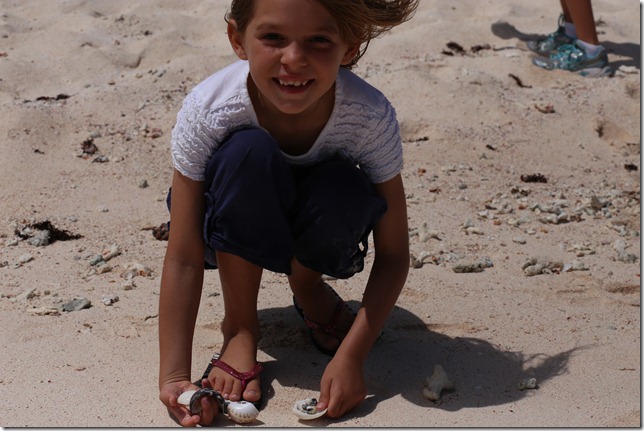 Before we left Puerto Rico we had purchased a new camera.  I may have mentioned previously that I broke our old DSLR, so it was time to invest in a new one anyway.  Well, we invested alright, in a camera without auto settings.  Needless to say, I have a lot to learn about how camera’s work and what makes a great photo.  But it was fun to sit for a bit and play with the different settings and light.  This camera can turn out some great photos, I just need to learn how… 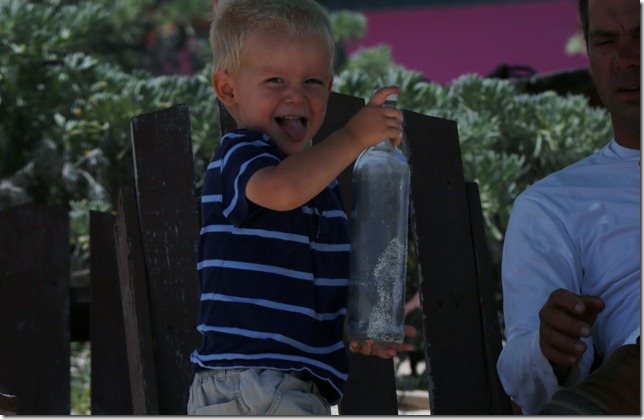 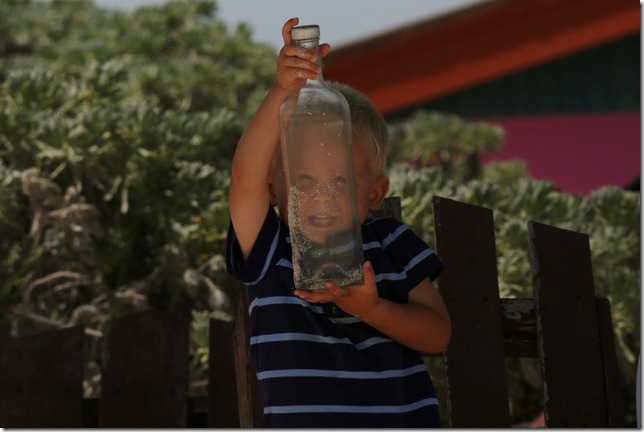 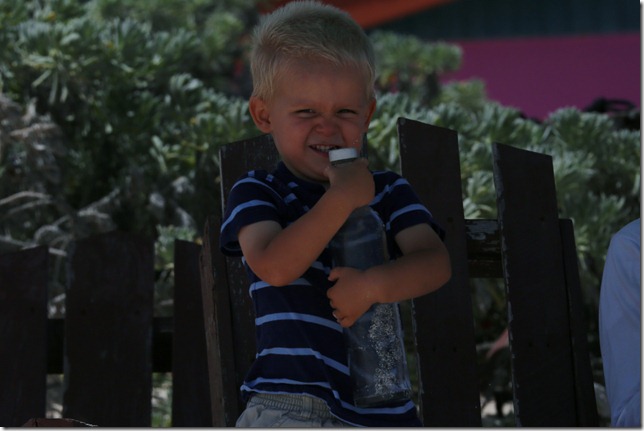 On the drive back we passed slowly by the salt ponds looking for the resident flamingos.  Off in the distance, far away, we finally found them.  With the help of my new super zoom lens we were able to capture a few shots that you can tell they are in deed flamingos. 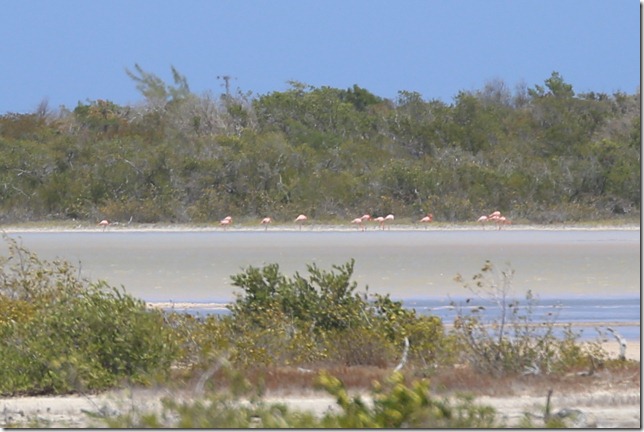 It felt good to get back to the boat and pull up the anchor.  It was a bumpy 2 hours back to the lee of Virgin Gorda, and then another 2 hours to our anchorage for the weekend--  Great Harbour, Peter Island.  We love it there. 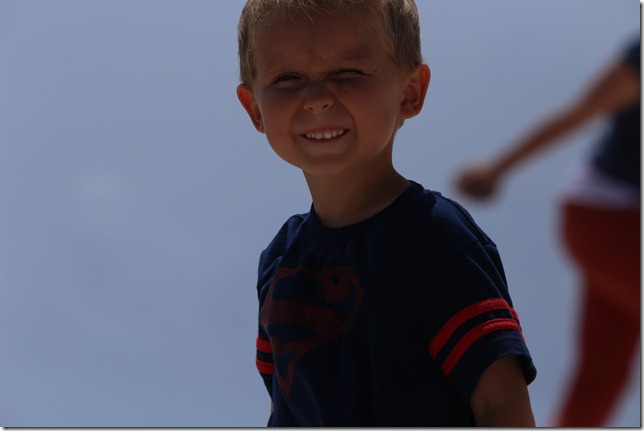 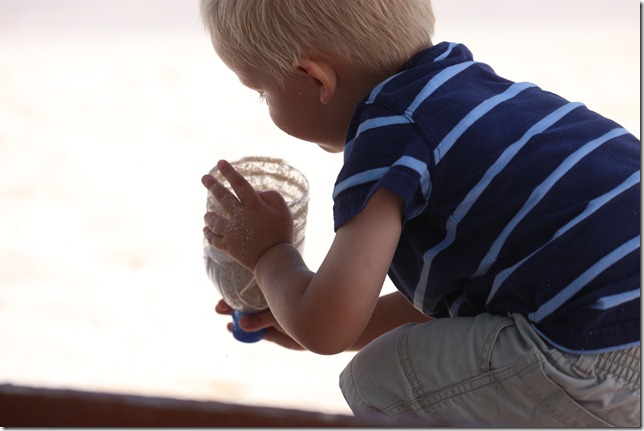 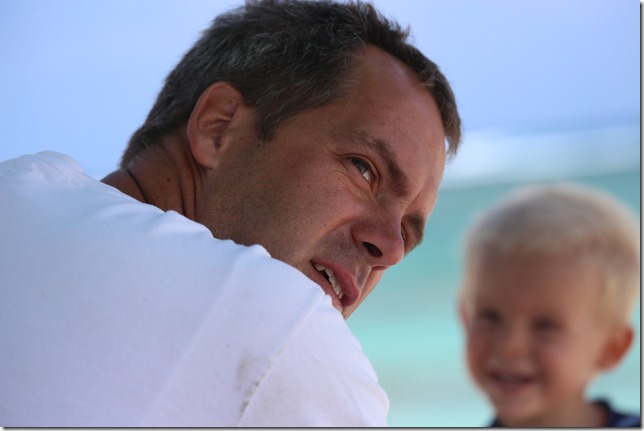 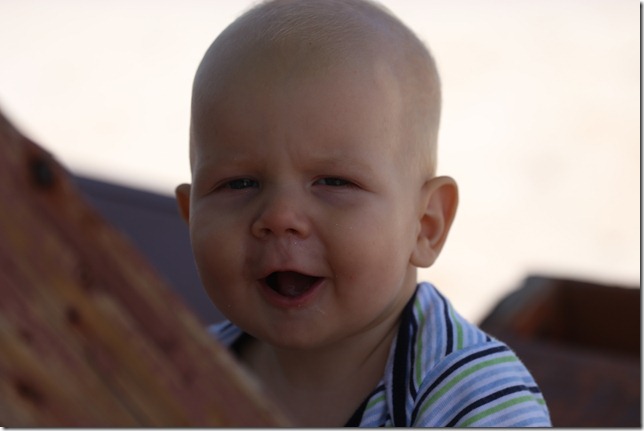