Sabota is Polish for Saturday. We arrived on Tuesday, so this was our first Saturday and it was a busy one.. 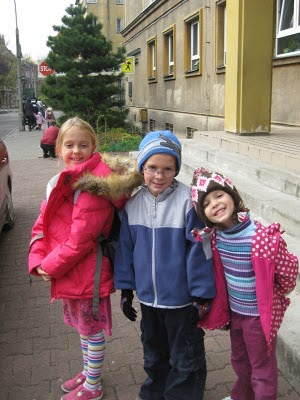 Savannah and Calvin had their first day of school. School starts at 8am so we had to get up early and it was about a 15 minute walk to school. Yes, school on Saturday. But just this week The schools had a day off earlier this week and had to make it up, so Saturday is the make up day. Different from the US. Both Savannah and Calvin are in the first grade, and the kids in that grade are 7 to 8 years old. Savannah's age. They were going to put her in 2nd grade, but since she doesn't know how to spell in Polish, much less speak Polish we decided with the Prinipal that first grade would be better. If she picks up quickly they will move her to 2nd grade. 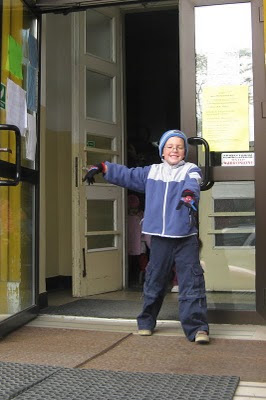 We stopped by the school on Wednesday, and since I don't speak Polish I don't really know what was said, but they were very open and accepting of the kids attending school. There wasn't much needed to enroll them.

School is from 8am to 12:30pm, usually, but it is different on different days depending on afterschool activities. We walked to the school at 12:30pm to pick the kids up and they both said they liked it alot. We had sent them with a snack not knowing if they would eat lunch there or after and the kids told us that there is no recess, but they do have a 2nd breakfast time, and a lunch time. I am glad they at least had a snack to eat. They also have gym time, and they told us the gym is in the basement. The kids thought that was cool. 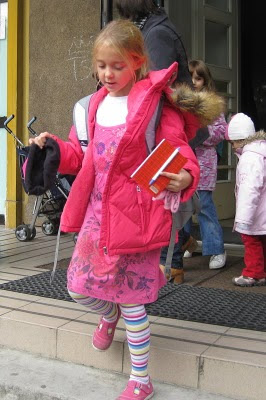 Also on Saturday, most of the street stores close early. Which we found to be a problem when we went to pick up school supplies for the kids. The stores had all closed at 2pm, and are closed until Monday.
Posted by The Blood Family