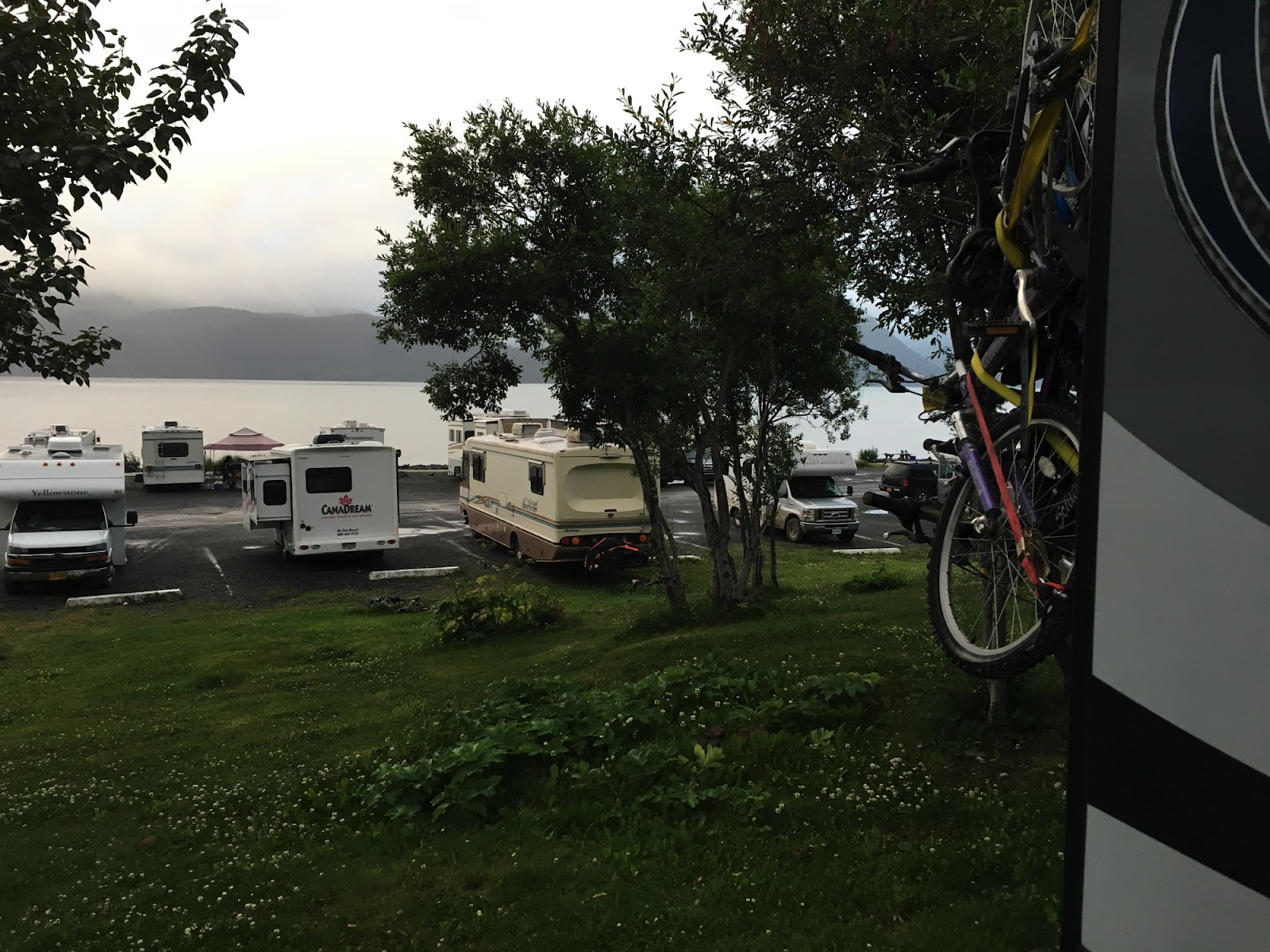 From here we headed down to Seward for the night. The city has a huge RV/Camp park along the waterfront. We found a spot and made a short walk through some of the town It is very touristy filled with shops and restaurants. David and I had a short date night and a good meal of local halibut. Not as good as the Salmon Sierra had prepared for us though.

In the morning we visited Exit Glacier, in the Kenai Fjords National Park. We hiked out to the "edge" of the glacier, which is quite far from the actual edge of the glacier. It was a great hike though. We returned to the small visitors center where the kids questioned a ranger, and turned in their junior ranger packets for badges and a patch for making extra observations. The ranger we worked with was excellent with the kids, and full of answers for our many questions. We learned they use a few gps devices to track the movements of the glaciers, but they often look at google earth to look for changes over time. He also explained the how the ice fields drain into the glaciers, and as the ice field empties the mountain peaks come out of the snow. We learned a lot! 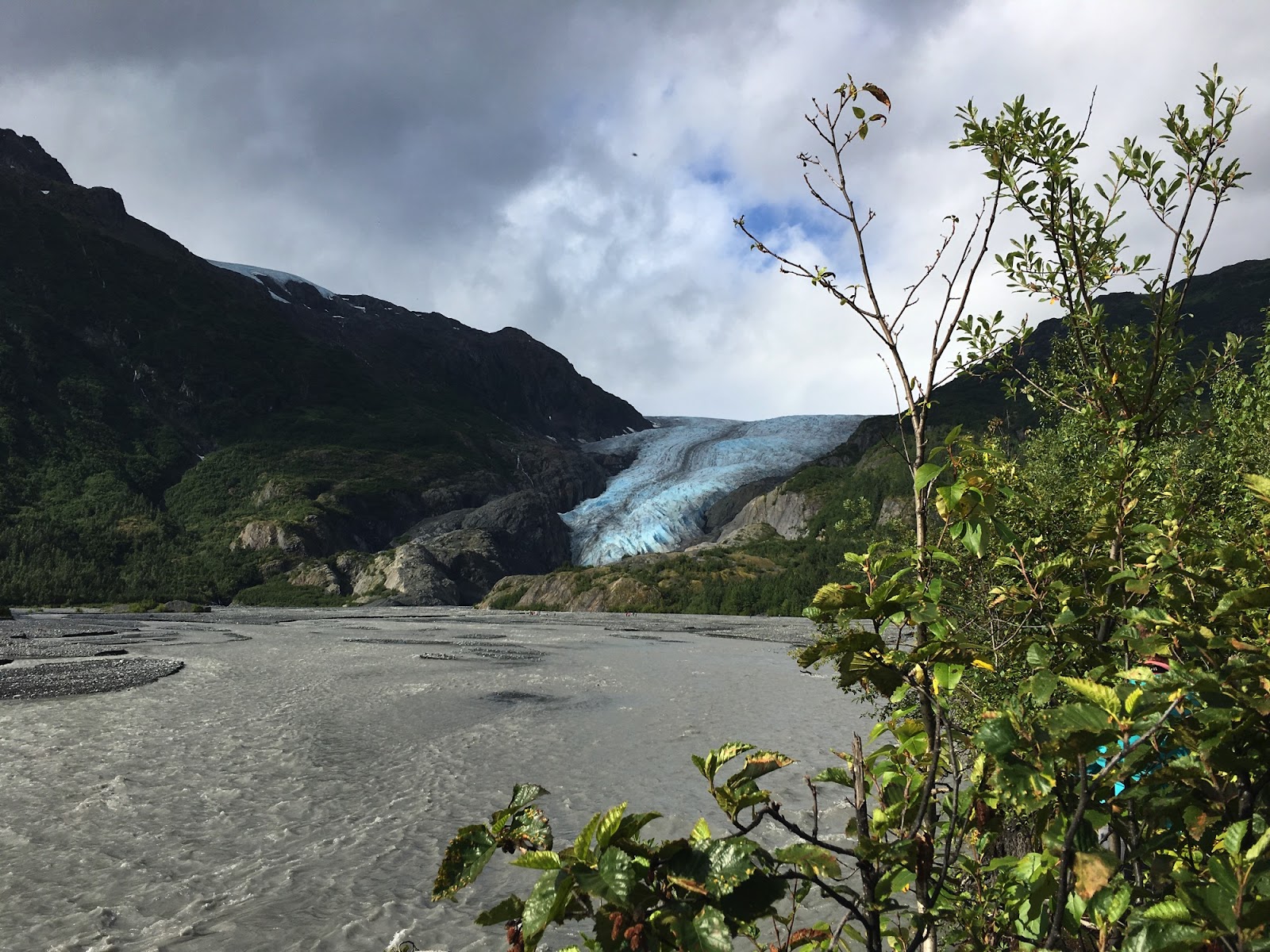 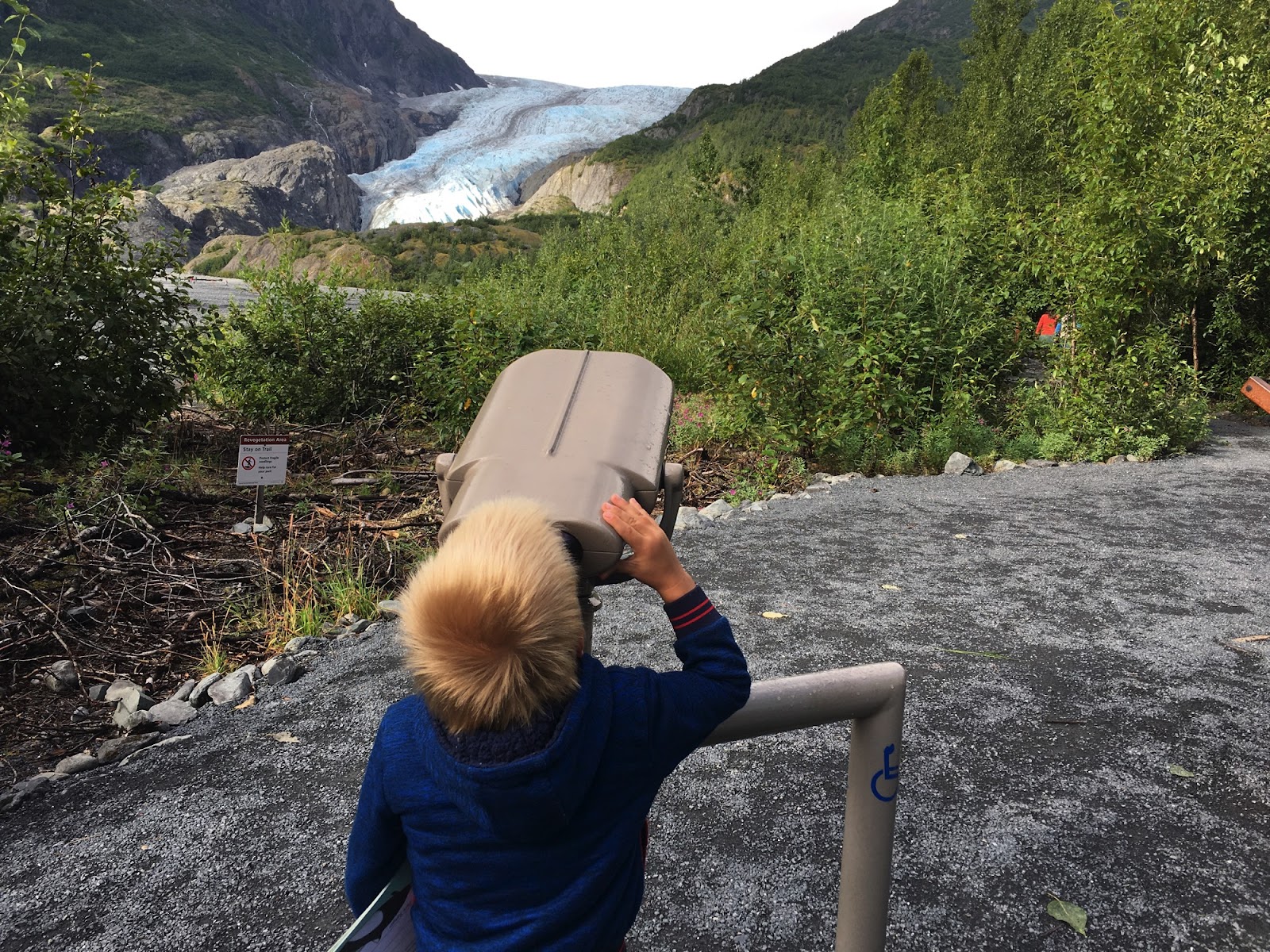 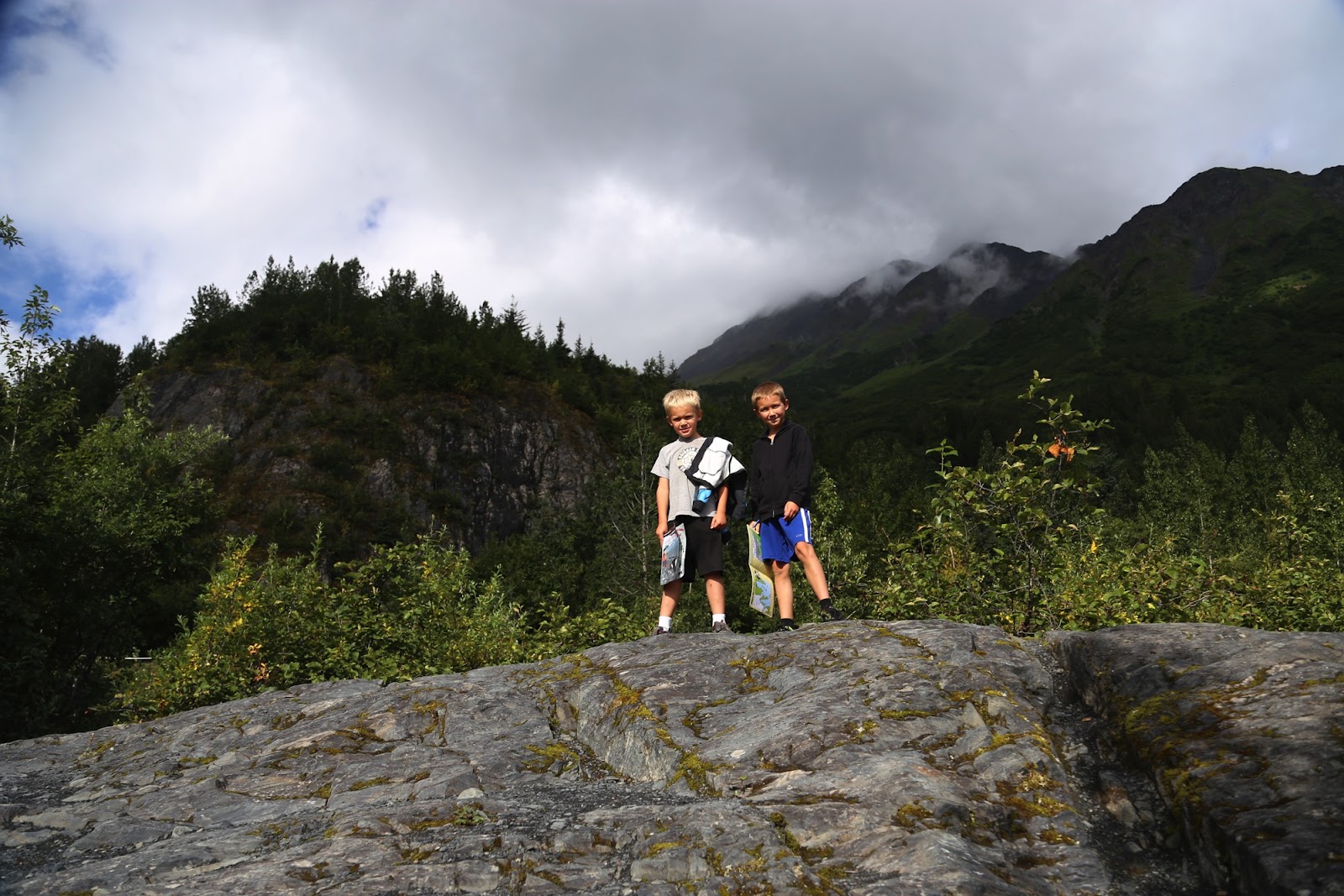 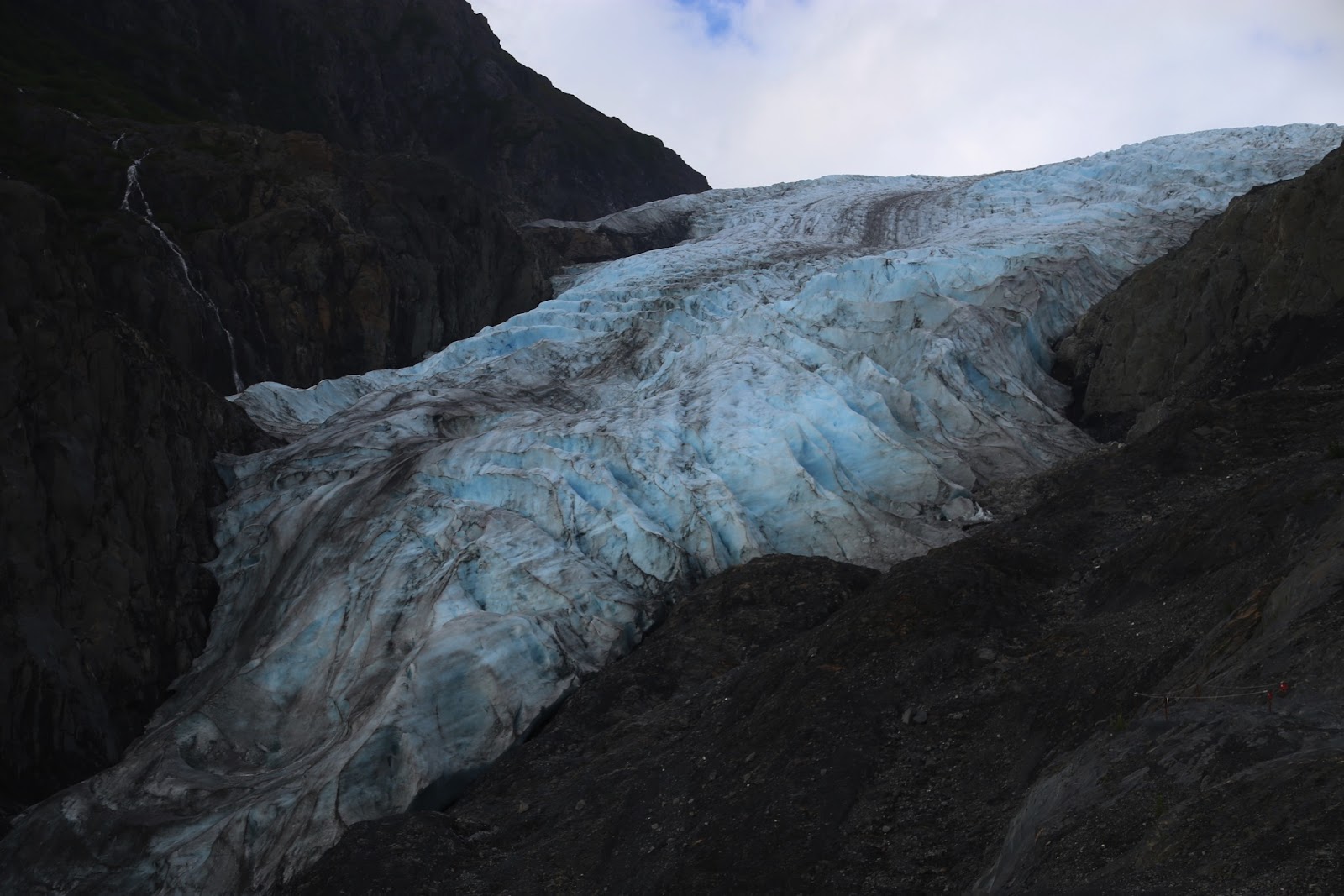 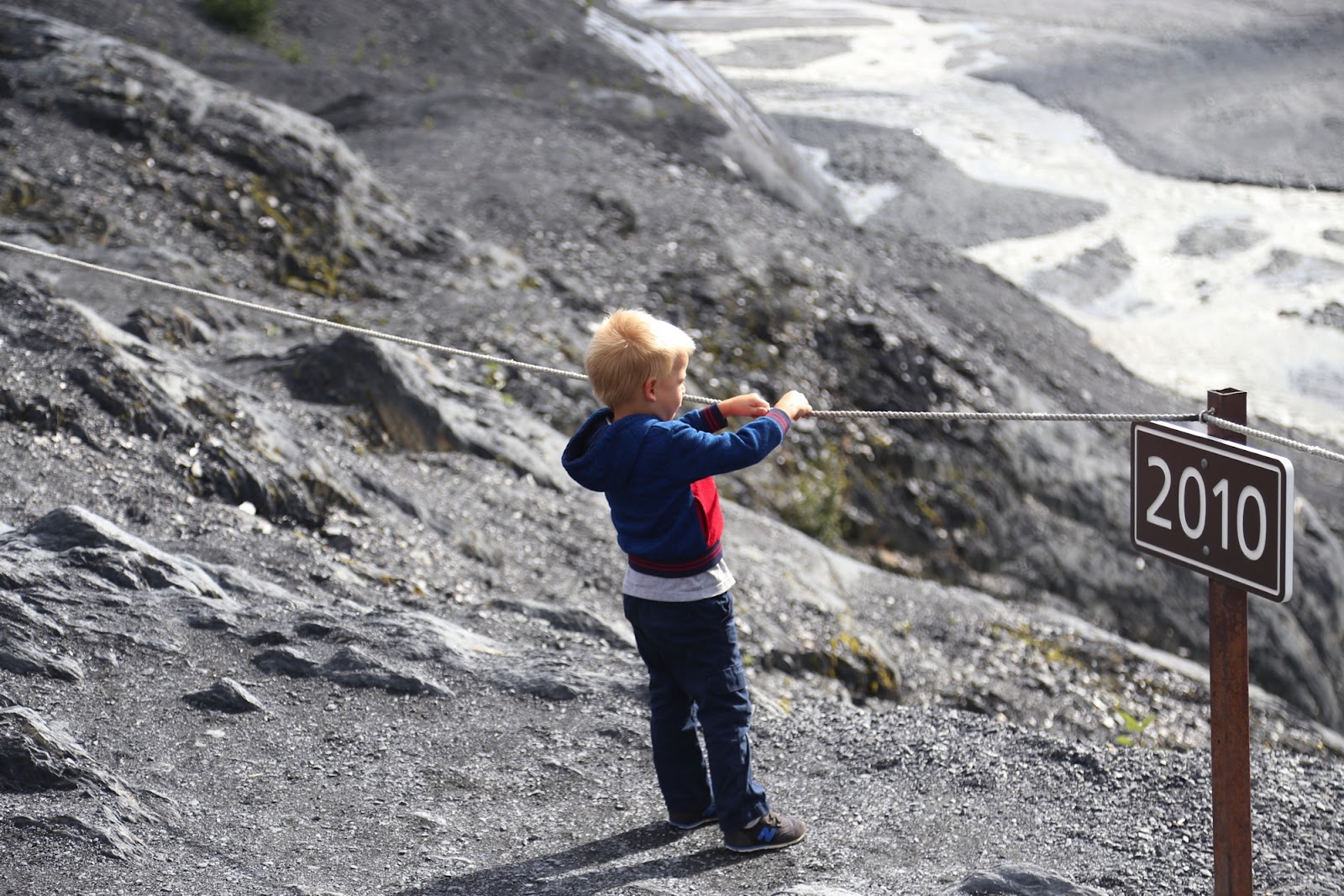 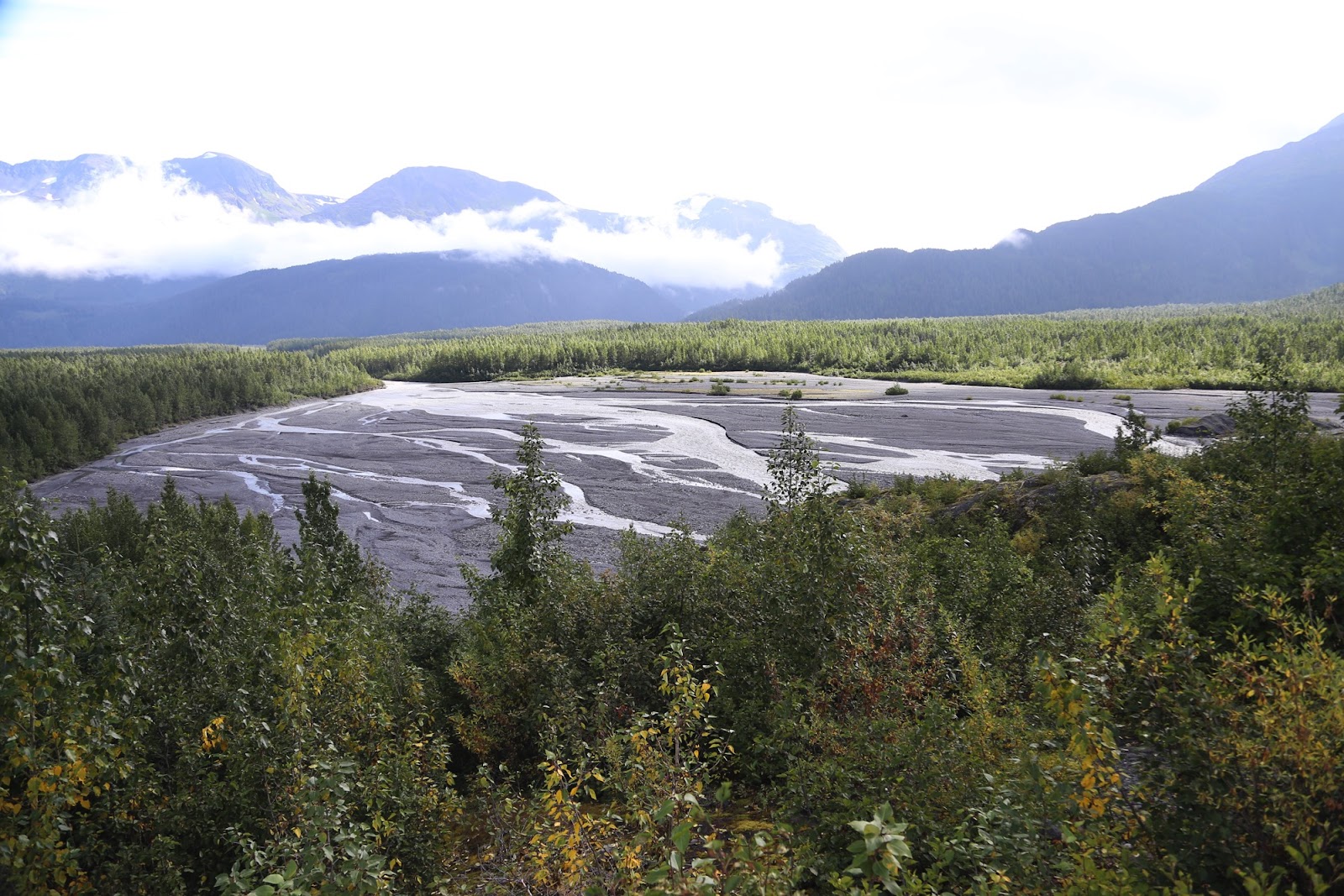 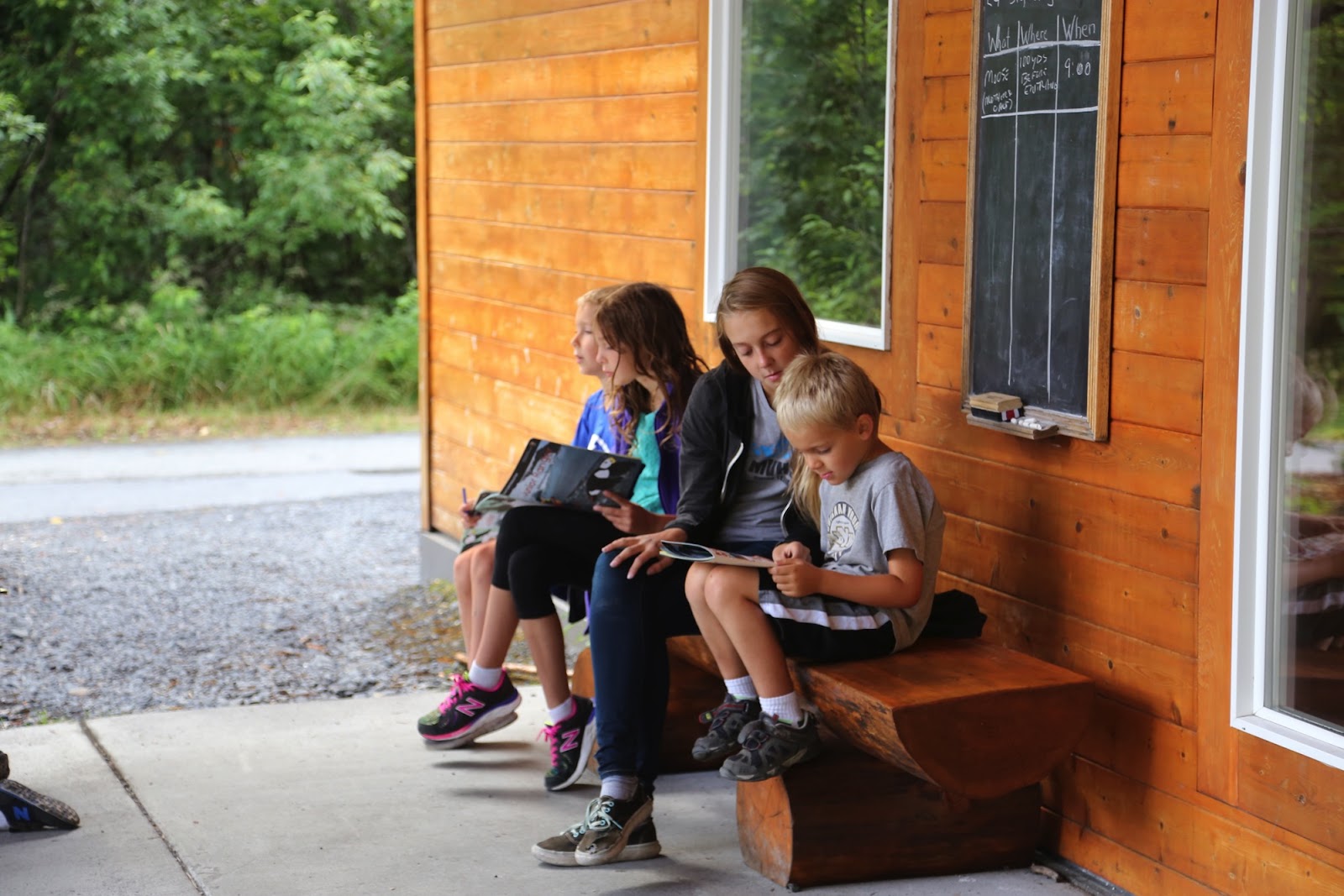 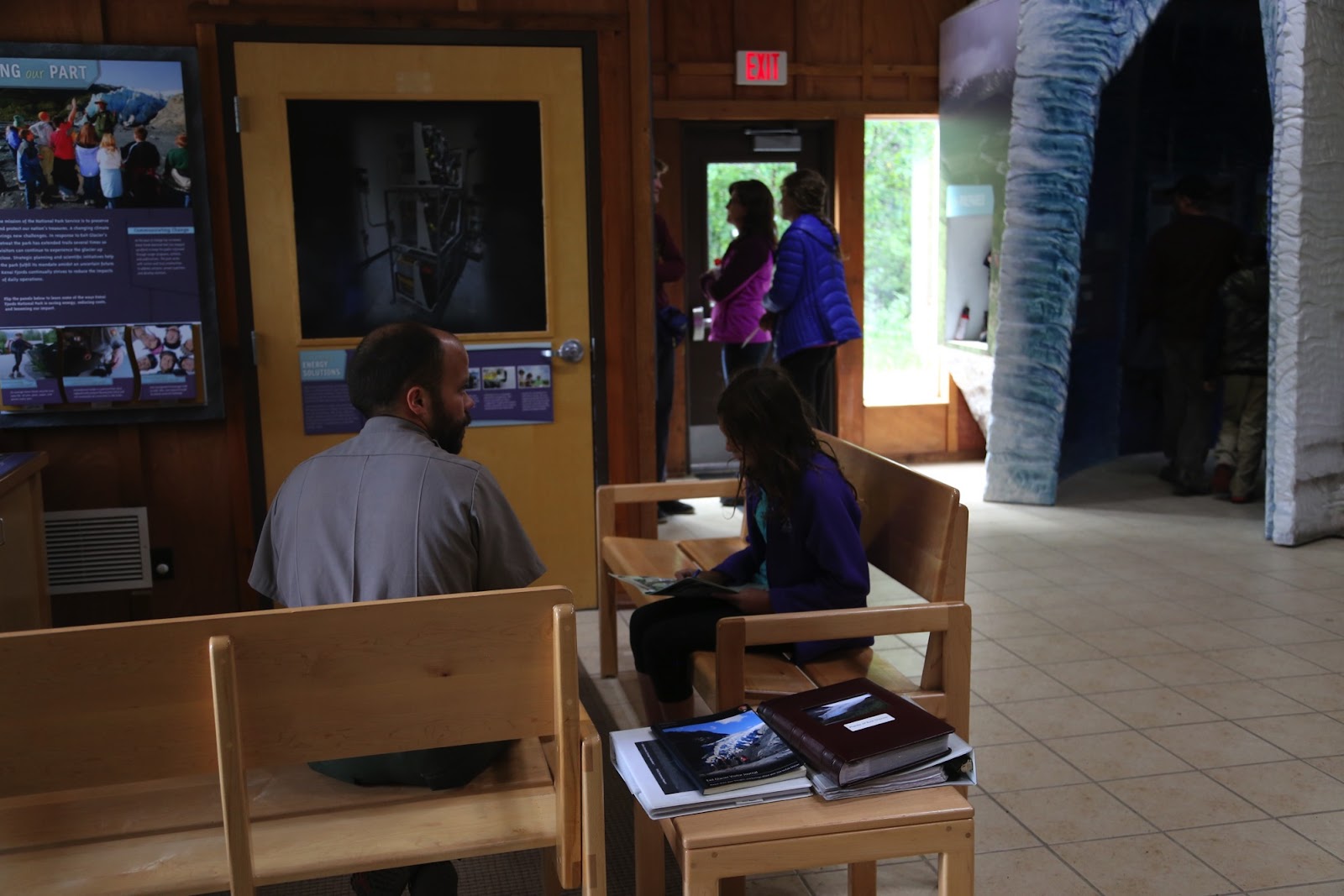 We left Seward after lunch, headed for Talkeetna. After passing thru Kluane National Park in the Yukon and seeing several signs for Flightseeing, David was interested in doing a flight tour over glaciers and ice fields. After talking with our friends, who had taken a flight tour a few years ago, we headed to Talkeetna, a couple hours from Denali, and scheduled a flight tour for the morning before checking in at Denali.

After the drive, and a quick walmart stop, we arrived in Talkeetna in the rain, near bed time. We found a place to camp down near the river, and settled for the night. In the morning, we left the kids in the trailer, sleeping in, with donuts and bananas for breakfast. David and I made the short drive to the small airport just to find out the cloud cover prevented the full 2 hour tour we were planning to take. The shorter 1 hour flight didn't cover as much glacier area, so we decided to pass on the flight, and hope when we returned to Kluane the weather would be good and we could do one there.
Off to Denali. This left us more time to do Laundry!
Posted by The Blood Family