Snorkeling under the Bridge 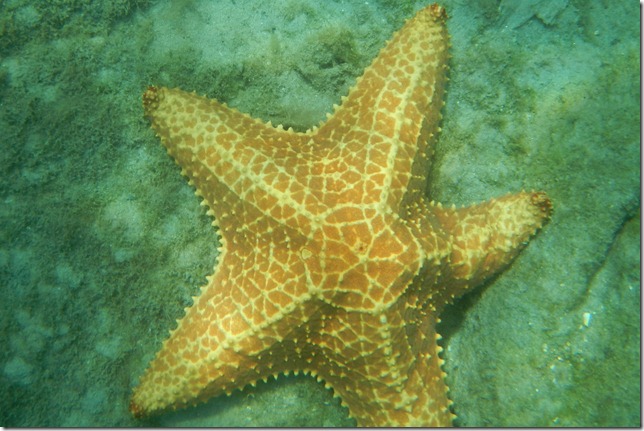 The weather was warming back up and we still had a full day left before we needed to head to Stuart to dock the boat for our upcoming week at Disney World.  We looked up where we could go snorkeling at in the Lake Worth—Palm Beach area and read about a spot under a bridge nearby.  So we headed up there to anchor and dinghy over to the bridge. 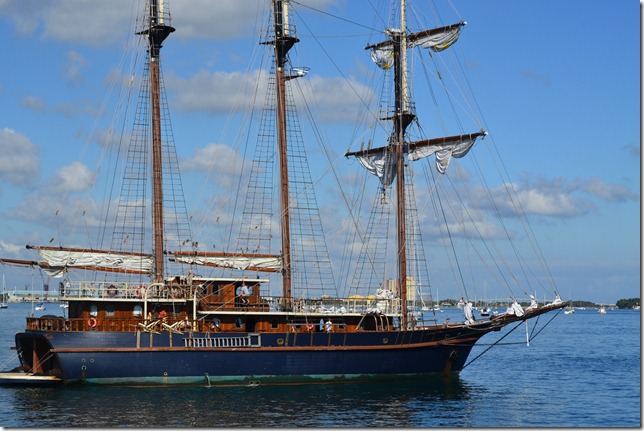 On our way we passed by a pirate ship headed to Peanut Island.  It’s a good thing we weren’t headed there or we might have been under attack! 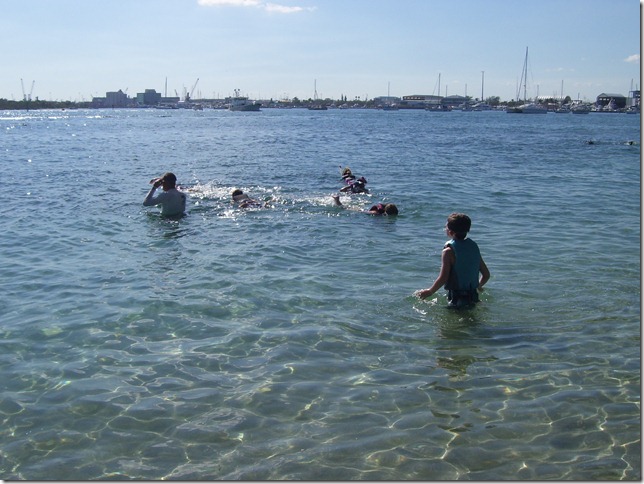 We choose a spot right of the ICW channel to drop our anchor.  It was a good thing we were leaving the boat because it was very rolly from all the wakes of boats passing by.  We took 2 short trips in the Dinghy to get everyone over to the beach and park under the bridge.  The water was a little murky and somewhat chilly but that did not stop the kids from snorkeling.  All the adults ventured in as well.  The littlest kids played on the nearby play park with Aunt Suzie.  Snorkeling around we saw a few little fish and a several starfish. 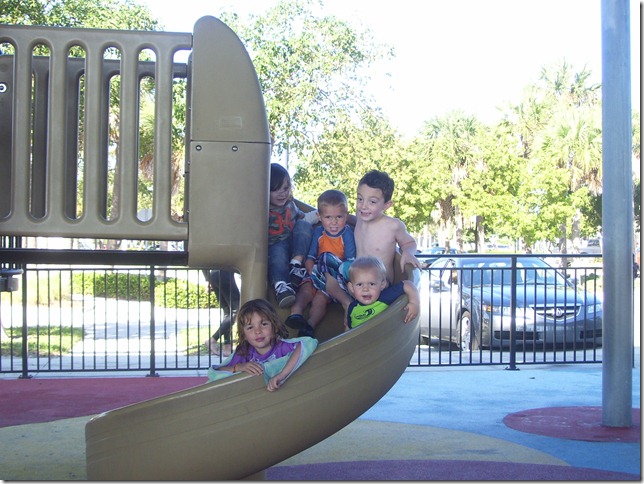 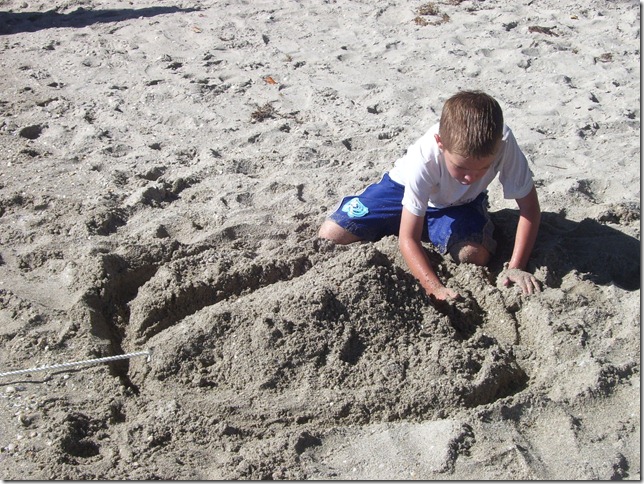 There were a lot of scuba divers in the area so we asked them what we were missing and they told us a little ways out near some old run down sailboats there is a manmade “reef” made by shopping carts.  David, Brent, and I decided to swim out and take a look.  The kids had all gotten out by this point and were happily playing in the sand or at the park.  So the three of us set off for a short swim to the shopping cart reef.  It was interesting to see the sea life growing off these shopping carts.  There were lots of fish swimming around them. 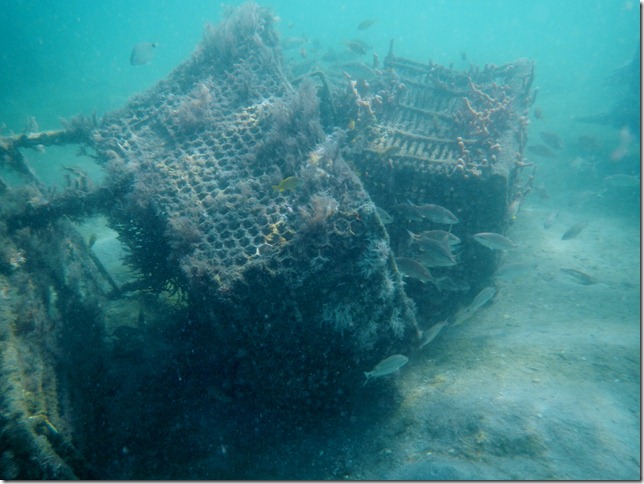 The next day we checked the weather and it was sunny and calm, so we decided to take the outside route up to Stuart.  We headed out the Lake Worth Inlet into the big blue ocean.  Once we were a couple miles out from shore we turned to head north. It was a pretty day on the ocean with maybe 1-2 foot waves.  Diane spent the morning proving her great culinary skills by frying up homemade donuts while we motored thru the ocean.  I was a little worried that if it was any bumpier we might have a grease fire on our hands, but Diane managed it all like a pro.  No grease fire, just yummy glazed donuts while passing thru the beautiful water.

It took a couple hours but we soon arrived at the Stuart inlet.  We docked at the Loggerhead Marina in Stuart and started packing for our trip to Disney World. That night was New Years Eve, I didn’t stay up till midnight, but Diane and Brent did and said they were able to see a dozen different firework shows over the water and city.