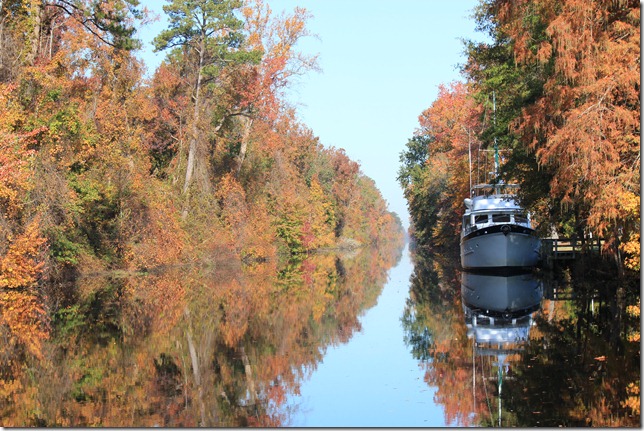 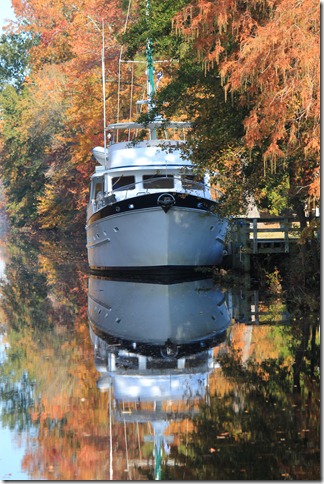 To get from Southern Virginia to North Carolina there are 2 routes.  The popular route-which we took in the spring is called the Virginia Cut.  The other route, not as popular because it requires a slower speed is the Dismal Swamp Canal.  We choose this route to head south for a couple reasons.  One, it was suppose to be a beautiful route to travel.  Two, we wanted to stop in a city near the outer banks to rent a car to take the kids to the Wright Brothers National Memorial. 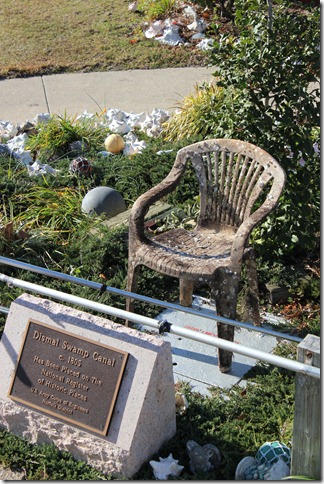 Beautiful it definitely is.

With the fall colors in full force, and no wind, the water was like a mirror reflecting the beauty above, it was gorgeous to travel thru.  The Dismal swamp canal is the oldest working lock system in America.  The 22 mile canal was built in the late 1700’s, finished in 1805.  George Washington, among others, funded the canal as a business venture to log the area.  We entered the canal thru a lock that rose us 8 feet to match the water level on the canal.  On the south end we exited by another lock that sank us 8 feet to the river level below.

RCabin is on the large side to travel thru the canal.  Because it is narrow and shallow, some places no more than 6 feet deep, we had to travel at a very slow rate so as not to displace too much water around us and to not rub the bottom too much. The canal is fed by a fresh water lake near by.  While fresh water makes me think of clear water, this water is anything but clear.  It is full of tanic acid from all the vegetation along its banks.  As the vegetation dies the tanic acids are released into the water causing it to be a very dark brown color.

After traveling 17 miles thru the canal we reached the Dismal Swamp Welcome center in North Carolina at dinner time.  We were able to dock there for the night for free.  In the morning we went for a hike thru the woods and visited the nature center to learn about the area.  You can reach the the Dismal State Park and National Refuge by car, so if you are ever driving thru the area, it is worth the visit.  It is a beautiful place.

After our morning hike, we loaded back on the boat and headed down river a few more hours to reach Elizabeth city, the City of Hospitality.  They allow boats to dock for free for 48 hours at their downtown Dock.  We didn’t fit in their finger piers so they allowed us to tie up alongside their water front park face dock.  Here we were able to rent a car to see the area. 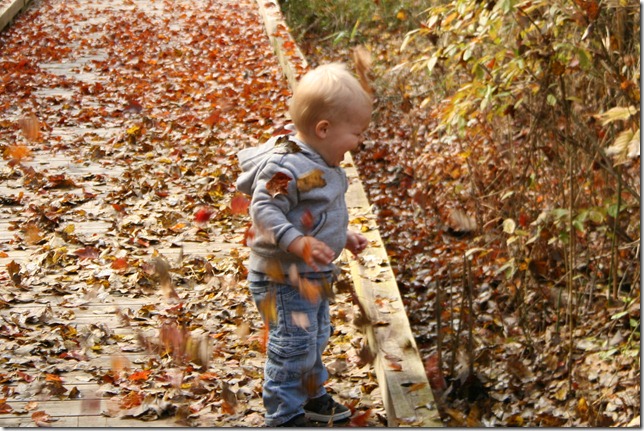