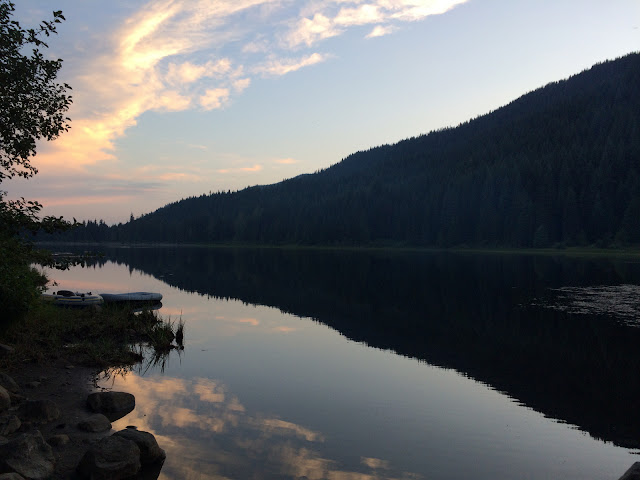 Our friends talked us into taking a week long camping trip with them in Oregon and Washington.  She had planned out the whole trip back in February, but since we never know what our future holds, I couldn't commit to going back in February, so finally in June, I decided we could join them.  I was able to book in the same campgrounds except 2 nights near the end of the trip, but we found something close by, so it worked. They have a travel trailer, and in June I was just planning to tent it.  But in July, we purchased a "new to us" pop up tent trailer.  In July we also purchased a giant van that now fits our entire family, plus the neighborhood, otherwise known as a 15 passenger van.  I had put that off for a long time, but was glad to have it for our trip.  Even though we were leaving the littlest 2 behind with Grandma, the big van made it nice and roomy for the remaining 7 of us, and all our stuff. 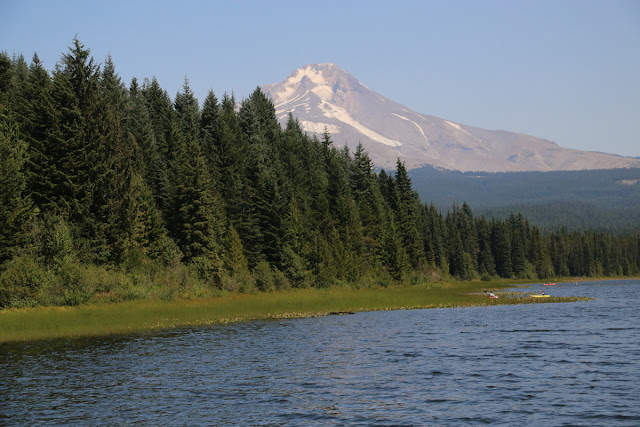 Our first stop on this trip was Mount Hood. We had never been to any of the places on this trip, so it was fun for us to explore new places.  On our way there, we took a few bathroom stops.  At one of the rest stops we met a young woman who was finishing up a cross country cycling trip.  She had biked from Portland, Maine, and was heading to Portland Oregon.  We found her at a rest stop in Oregon.  She humored us with answering our questions.  Being the mother of a young girl who would like to be a long distance cyclist, it was interesting to have the opportunity to interview one.

Our first 2 nights we camped at Trillium Lake.  After a long 7 hour drive, we arrived in time for dinner and a campfire. 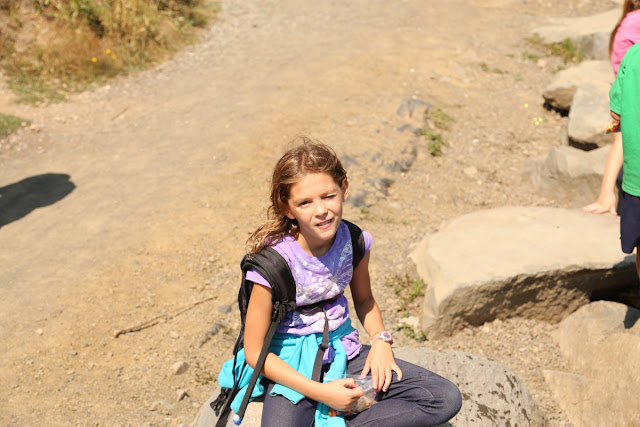 In the morning, after breakfast, we hiked the 2 miles around the lake, enjoying the scenery and beautiful views of Mount Hood.  In the afternoon we rested, and the kids played.  They made forts in the forests surrounding the campsites, and unfortunately disturbed a nearby wasp hive.  Both Savannah and Isabel were stung.  Savannah had 5 stings, poor girl.  After many screams and tears, they calmed and handled the pain well.  We pulled out stingers, we iced, we melaluca'd, took Ibuprofen, and watched a movie.  This helped them forget their trauma and they recovered. 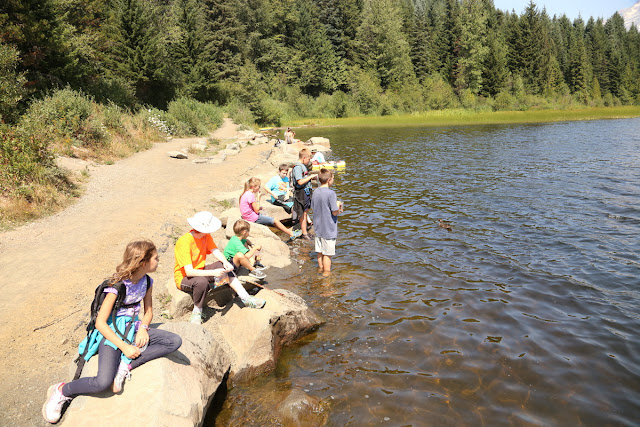 During the drama, the others went fishing and swimming in the cold lake.  When they returned we loaded up in the van and headed into nearby historic Government Camp to catch the last 10 minutes til closing at the local museum.  Then we drove up Mount Hood, to the National Historic Site of the Timberline Lodge.  An Old Ski Lodge built at the end of the Great Depression to help create jobs in the area.  It is has beautiful wood carvings throughout the lodge.  Normally they ski year round here, but this year they had to close for summer due to an early snow melt. 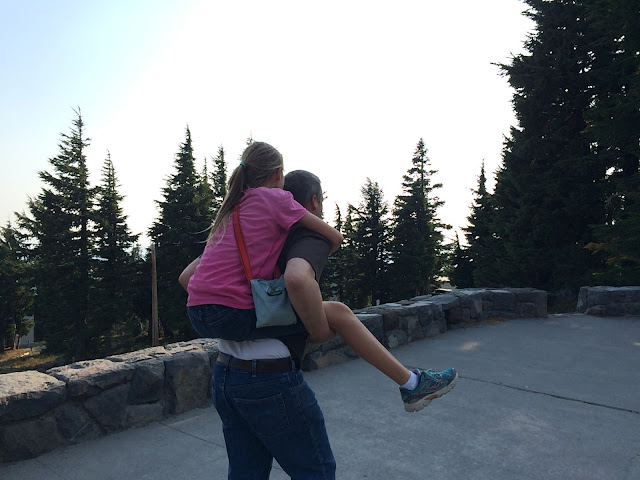 Mount Hood is a beautiful area, we enjoyed exploring it.
Posted by The Blood Family