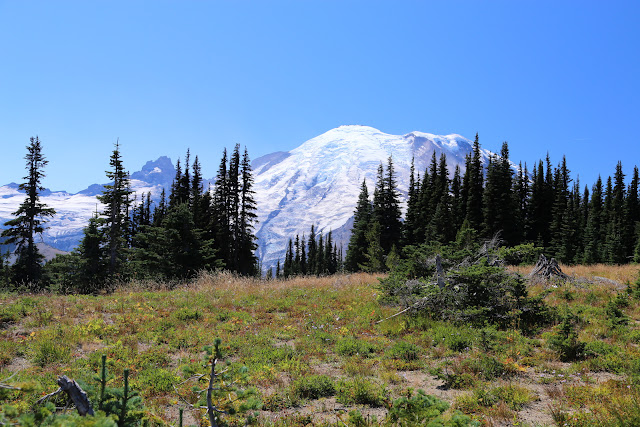 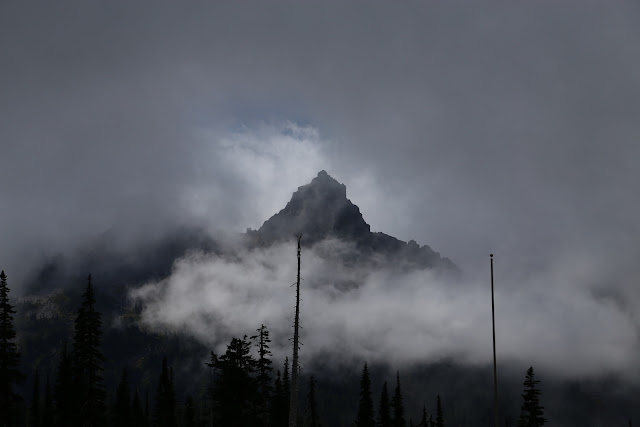 Our last stop for this trip was Mount Rainier National Park.  We headed to the Cougar Rock Campground, and while it was a large campground, we had not made a reservation and it took us a bit to find a good open spot for 2 nights. 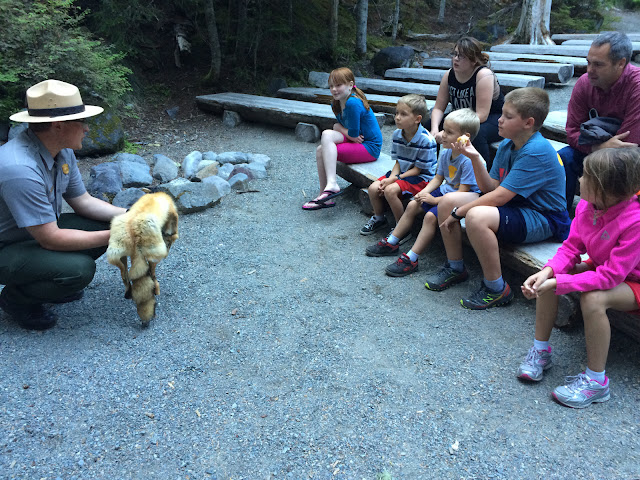 That night we attended the ranger program in the campgound, where the ranger talked about foxes and other animals found in the park.  We thought it was a great program-- mainly because our 6 year old had been talking about foxes and coyotes the entire camping trip.  He was very concerned a fox was going to come and eat him-- even when we stayed in the hotel.  He asked me if foxes could jump high, and could they break through glass.  He was very worried they would get us through the window of our 2nd floor hotel room in Seattle.  Funny kid.  So we enjoyed watching him through the program as the ranger brought out the fox fur he had brought and taught the kids about foxes. 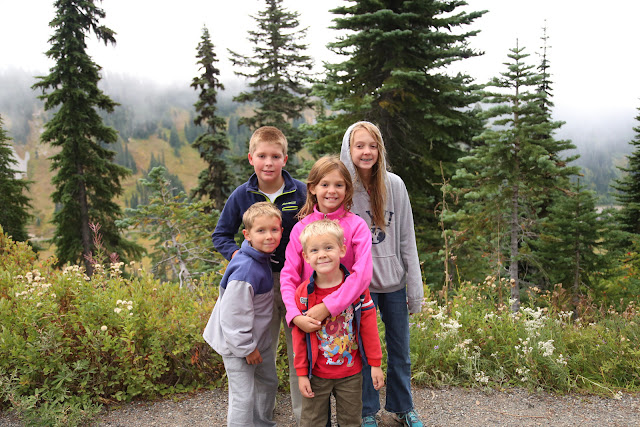 In the morning, we headed up to the Paradise visitors center.  We arrived early, before the visitor center even opened, the cloud cover over the mountains was beautiful.  We did a short hike and were treated to seeing some animals out looking for breakfast. 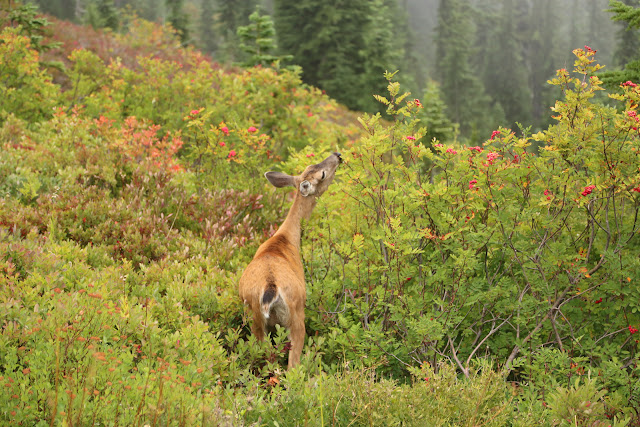 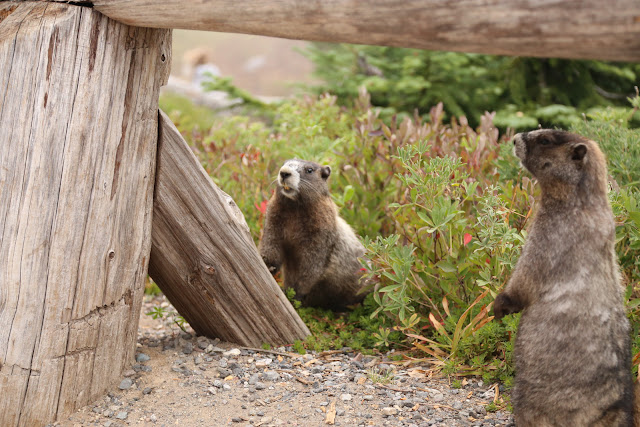 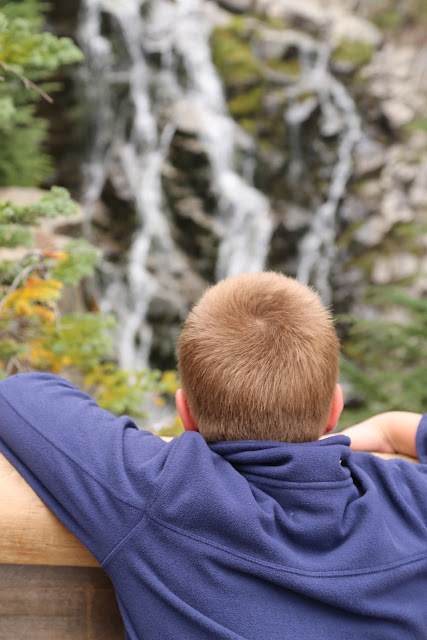 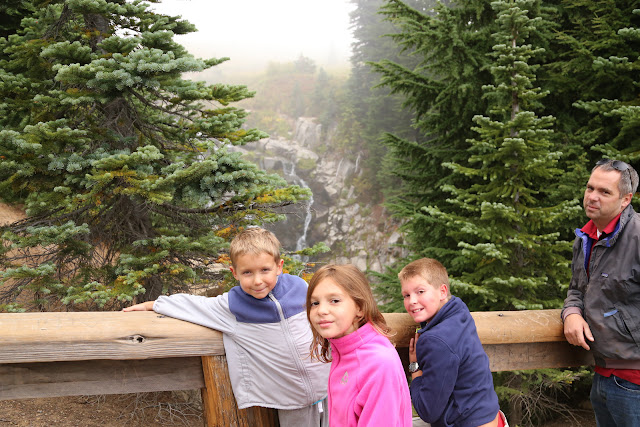 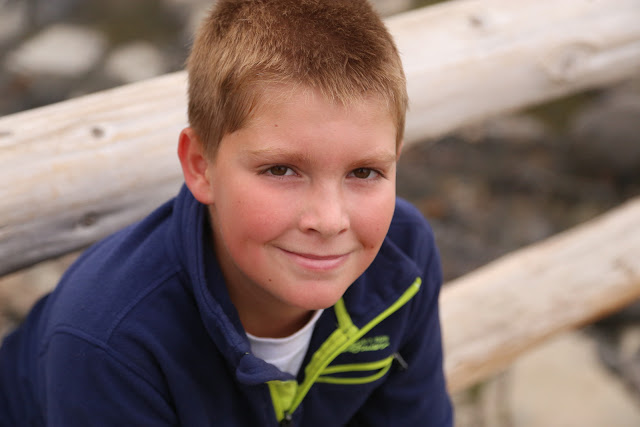 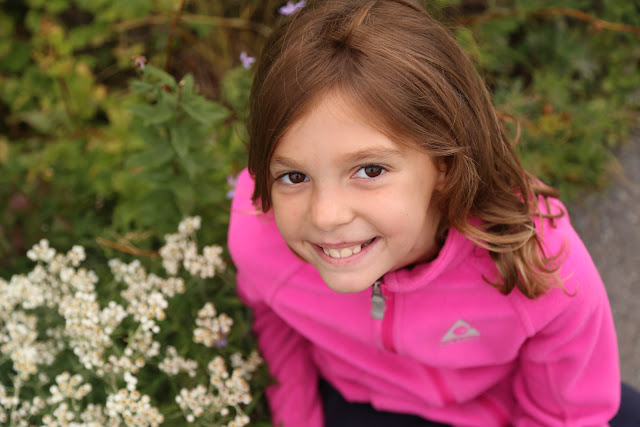 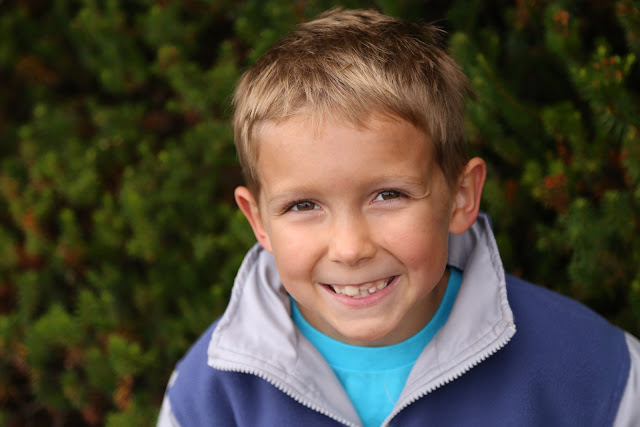 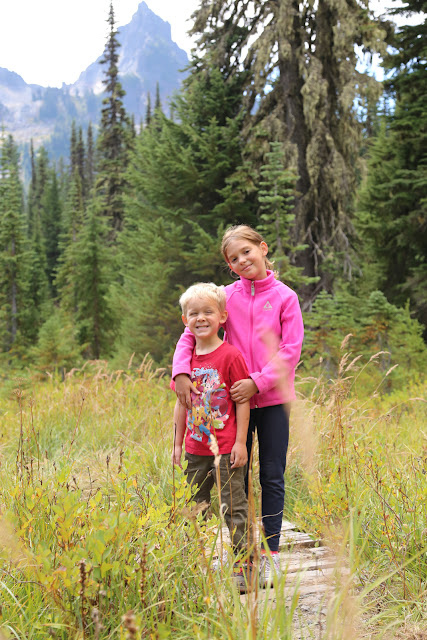 Back at the visitors center we turned in the junior ranger packets we had picked up yesterday at the ranger program and the kids received their badges.  The rangers then told us about an additional program they have at the park-- one we had not encountered at any other national parks we'd been too.  It was great for the older kids and a little harder and required a little more learning to accomplish.  After fulfilling the parts they could at the Paradise center, we headed back to the car for the beautiful drive to the Sunrise Visitor Center. 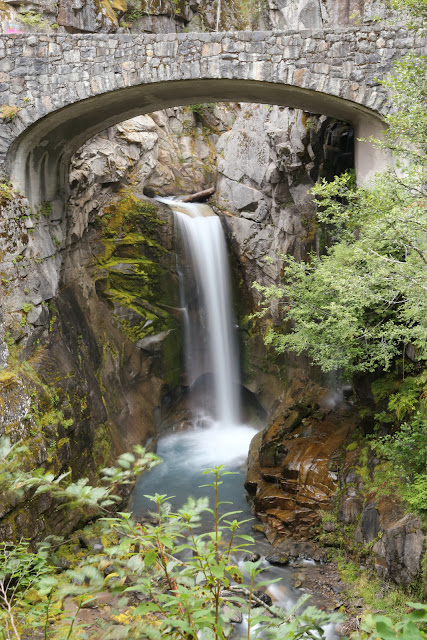 There are numerous waterfalls, gorges, and nature trails along the way.  It was a beautiful drive, and we snapped TONS of photos! 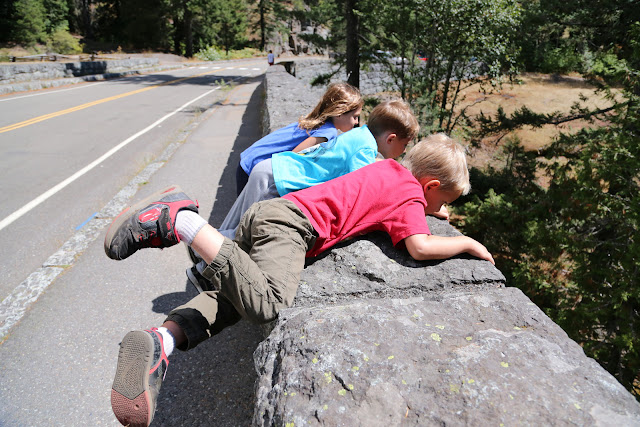 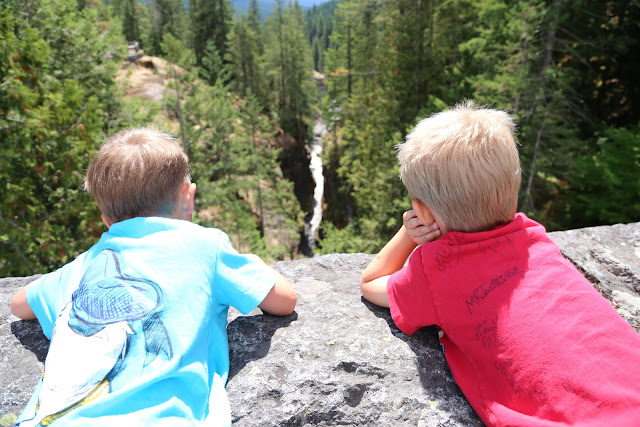 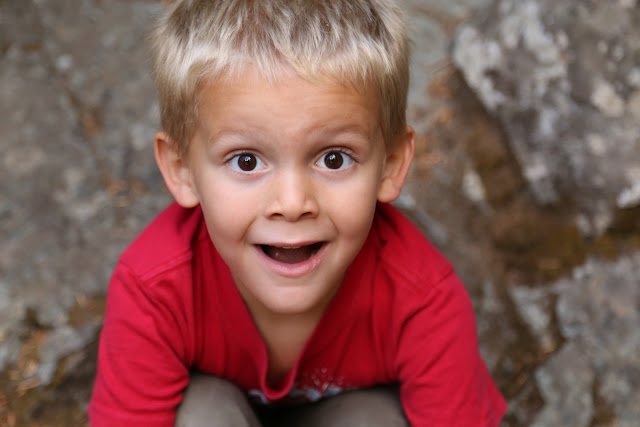 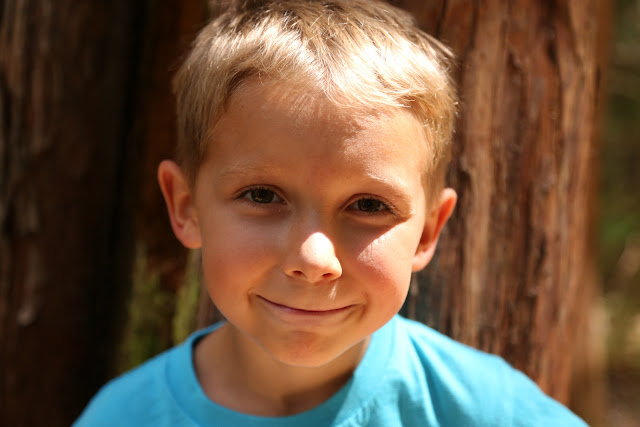 Up at the Sunrise visitor center, with the beautiful view of the glacier, we picked out another hiking trail to do.  It brought us a little closer to the glacier fields for great pictures, and eventually passed by a pretty little lake,  but the first half of the hike was a little bit of a let down.  It was the frozen lake trail, and we thought we were going to hike by a frozen lake, instead the "lake" was a dried up mud pit, and it was definitely not frozen. But the last half of the hike, definitely made up for the first half, scenery wise.  If only the kids stamina would have held out til the last half, but I guess that will come in time. 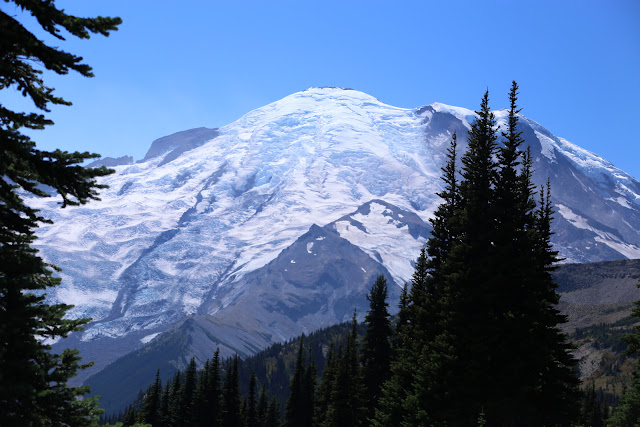 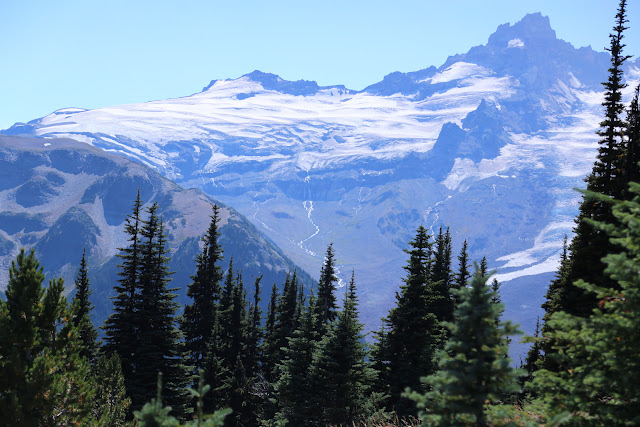 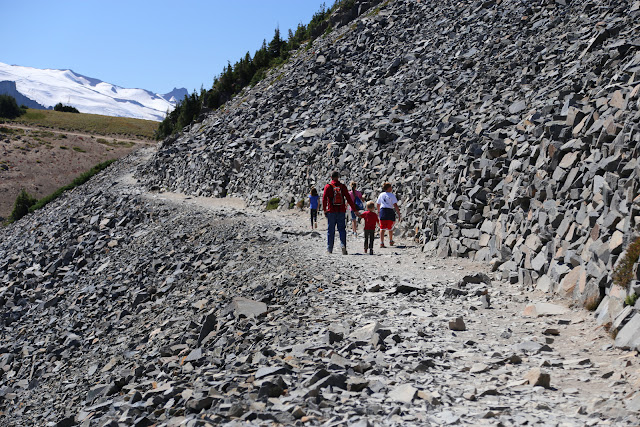 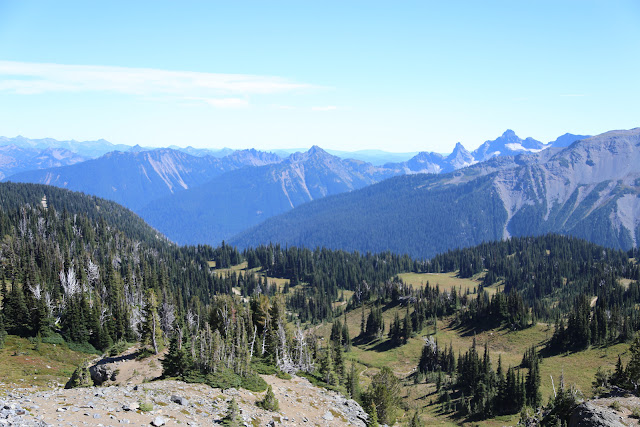 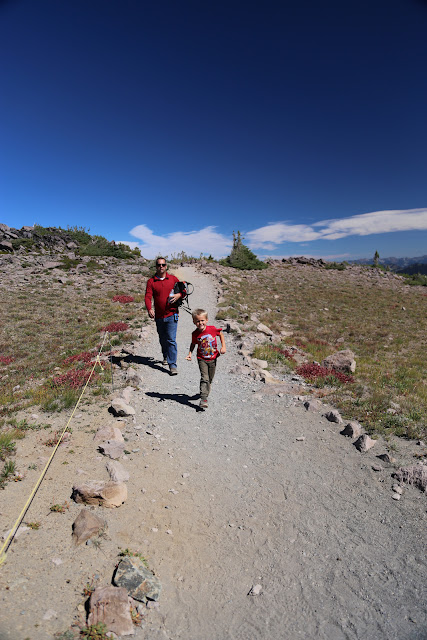 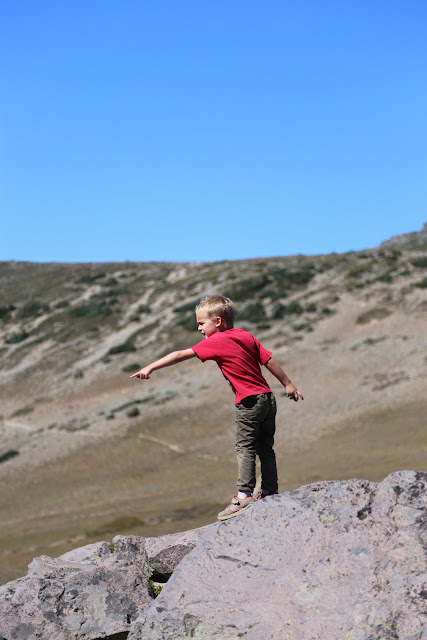 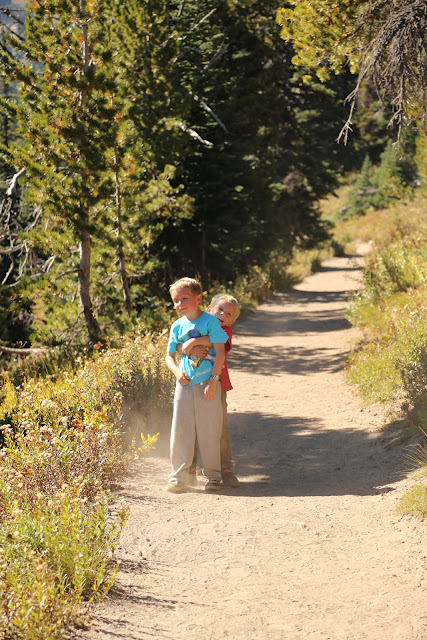 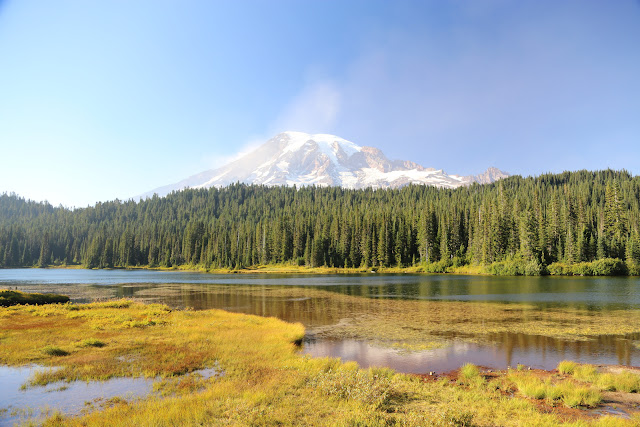 The next morning we packed up and headed on our way.  We stopped at a few more waterfalls and nature trails on our way out of the park.  We had several hours to go till we reached home.  Passing thru farmland of Yakima Valley, on our way, we stopped and picked up a few boxes of the most delicious peaches I have ever had.  I wish I had bought several more boxes, they were that good. 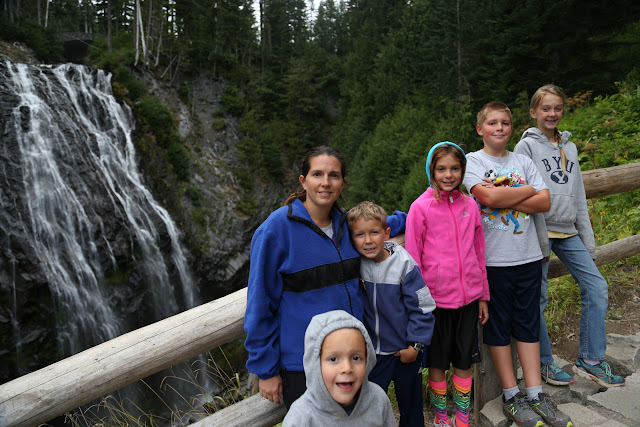 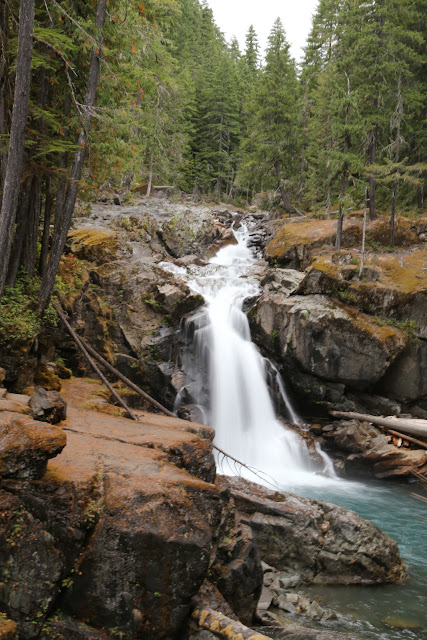 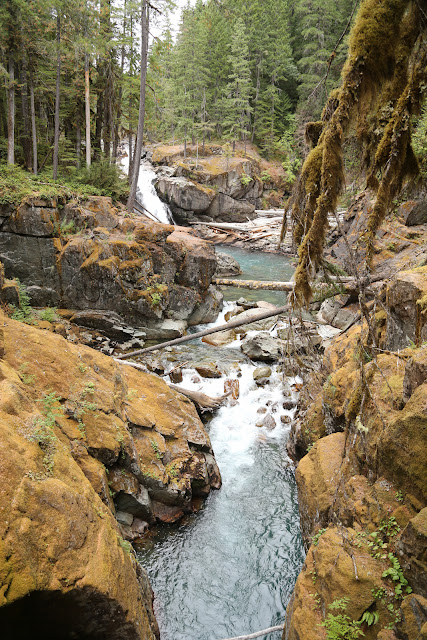 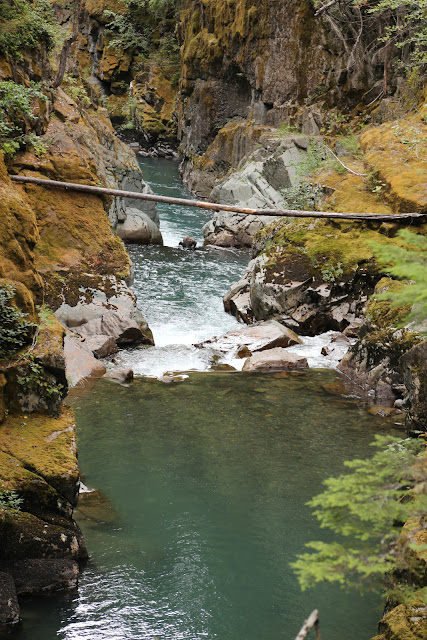