We stopped in St. Barts for a short 2 nights in route to St. Martin.  We hadn’t been before and thought we’d stop and see. We decided to anchor in Colombier Anchorage on the northwest end of the island.  It was very picturesque, turquoise water, beautiful deserted beach, and about 20 boats.  It was a little more rolly than I was hoping for, but we after 6 weeks of rolling almost every night, all I could think was “well, it’s the Caribbean!”.  It was much less rolly and choppy than the main anchorage closer to town, so that was good.  But the deserted beach left us with no internet for the 2 days we were there. 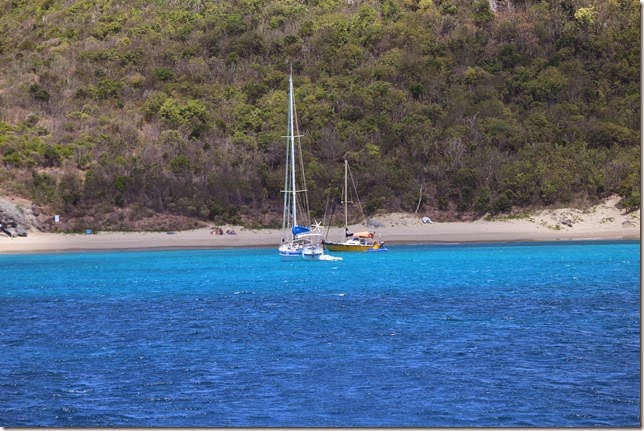 St. Barts is a whole different kind of Caribbean.  Clean streets, nice shops, expensive everything.  It was like being in Park City, Utah, or Sundance, Idaho. This is a place the super rich visit and stay.  Everything had a clean and nice appearance and they had hundreds of run about boats all along their harbor boardwalk. We’re told that many of those runabout  boats are moved during Christmas and New Years and replaced with dozens of Mega Yachts. We had met a family last year in Puerto Rico and they were currently living at anchor on their catamaran in St. Barts.  We had a great time meeting up with them and visiting. 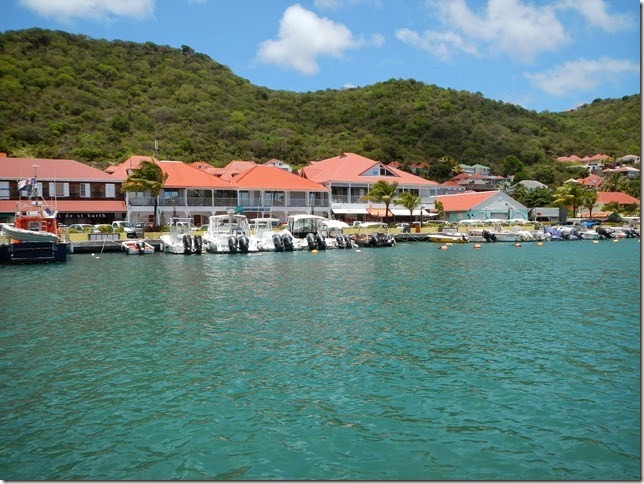 The kids loved the 2 beaches we visited.  We swam into the one in front of our boat.  I towed Matthew and Benjamin on a raft.  It was a great work out..  The beach had gorgeous soft sand, and awesome surf (that’s why it was so rolly!).  The kids had a blast on their boogie boards surfing the waves.  Matthew and I walked the beach and enjoyed the nice afternoon. 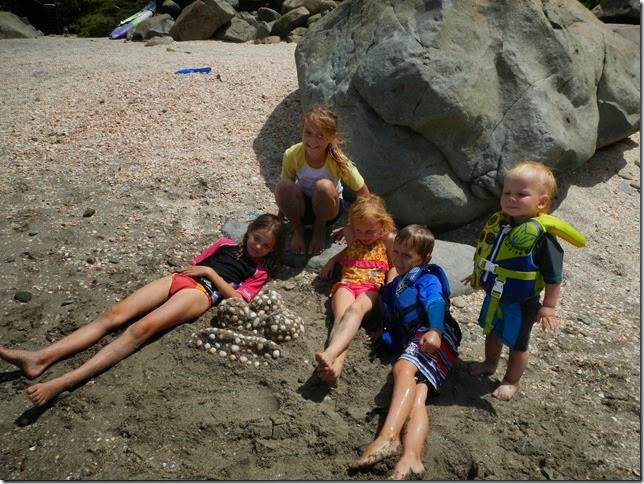 The next morning we met with our friends again and walked from town out to Shell Beach.  Not hard to imagine why it has this name.  The sand is literally millions of little shells.  It was beautiful.  The kids had a fabulous time playing with their friend for a few hours.  David and Simon drove the island for a tour, including the road where airplanes fly so close overhead as they come in to land. 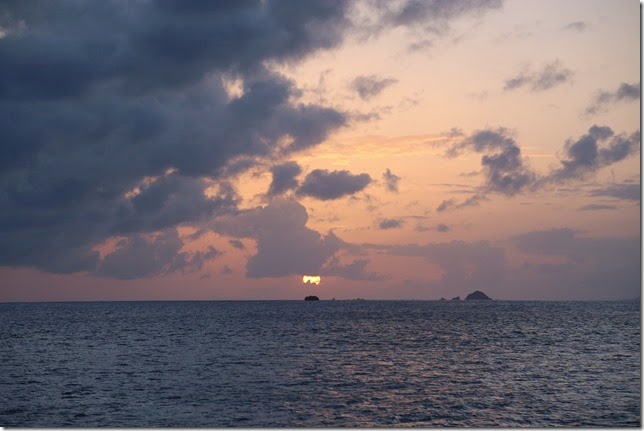 We enjoyed our short stay at ritzy St. Barts and would probably return if nearby again.