Day 2 brought another busy schedule. Kayaking and snorkeling in the morning and 4 beaches to explore in the afternoon. 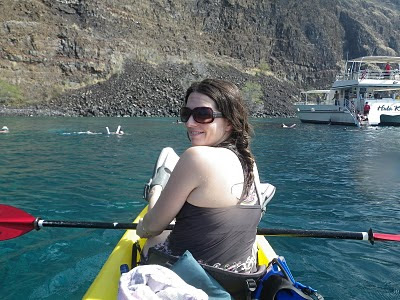 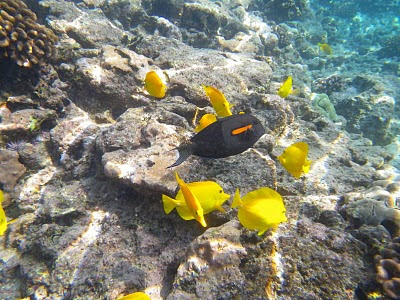 We rented a Kayak in the morning and headed out across Kealakekua Bay to the Captain Cook Monument to snorkel along the reef.  It is a healthy reef and there is lots of coral and beautiful fish.  It is a popular snorkeling site and tour groups bring in large party boats full of people.  On our way out to the site we saw a double kayak aways out towards the ocean.  As I continued to watch them, wondering what they were doing so far out I looked back to catch the tail of a whale as it dove into the water.  It was pretty cool.

The reef was beautiful.  It was different then the coral and fish we had seen snorkeling in the Abacos last winter.  While the fish were abundant they were a little lacking in variety. It was interesting swimming around the reef there would be cold spots and you could clearly see the temerature changes in the water or the heat waves of the warmer water.  The cool water is found in many different beaches on the island from fresh water springs.


I had hoped to see some dolphins in the bay as we kayaked to and from the monument, but no such luck. It was a lovely morning. 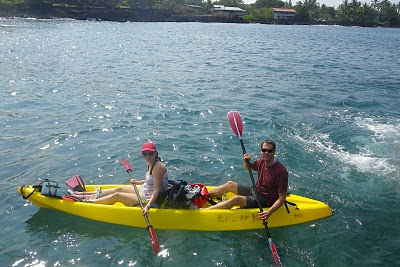 Off to the beaches for the afternoon...