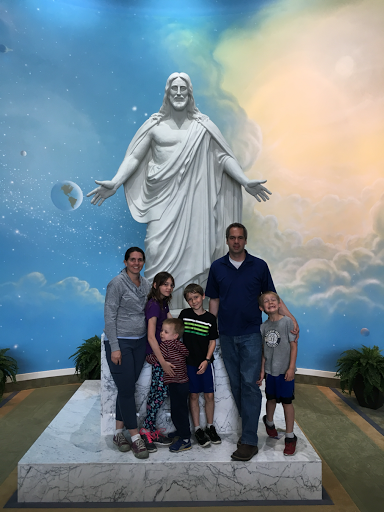 Mormon history is also found here in Independence.  So after our walk around town exploring life in historic Independence we finished our day at the LDS visitors center and learned about the saints that came here, full of hope and faith, adding to this city.  We also learned about their removal from the city as well and the hardships they endured for their faith.
Posted by The Blood Family