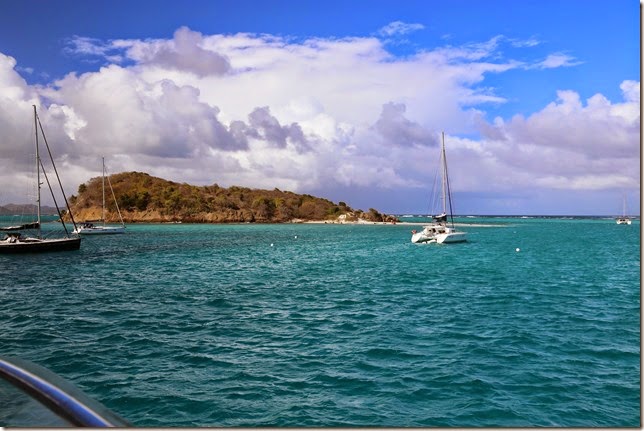 With strong northeast winds approaching we decided the best anchorage to hunker down in would be the Tobago Cays.  I had been looking forward to this anchorage for MONTHS now.  Everything I read talked about how amazingly beautiful it is.  And it is beautiful.  But, it’s only a handful of small islands, all within close distance of each other.  This small little piece of heaven is often compared to the beauty of the Exuma Islands in the Bahamas, which consists of over 100 little islands, so this was tiny in comparison.  But definitely beautiful. 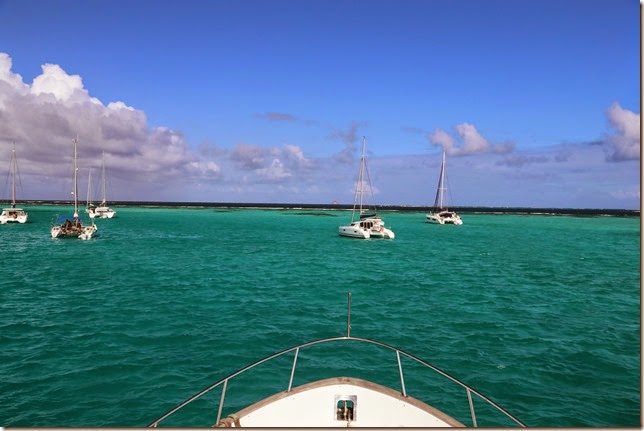 The winds were blowing when we showed up, but it wasn’t too bad.  David dropped the kids and Melinda at a beach behind our anchored boat to play for a few hours.  Later he would share that while they enjoyed the beach it was not easy access for the tender to drop them off or pick them up.  Transporting by boat is just not as easy as a car sometimes.  The catch is—you can’t get too these places by car anyway, so I guess a little trouble is worth it.  I took a few photos and enjoyed the beauty around us before deciding I would swim to the reef about a quarter mile east of us to see the water scenery. 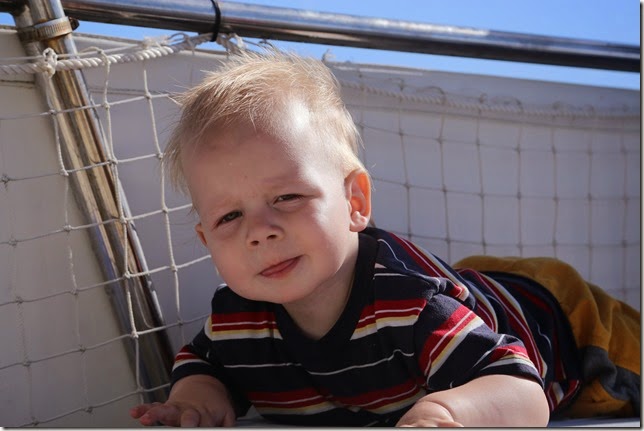 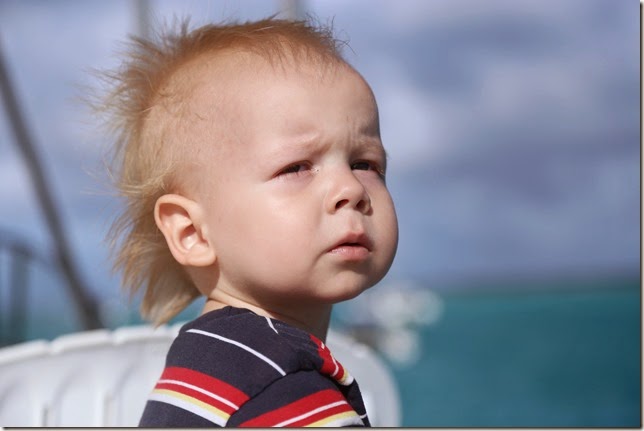 I had a great swim.  The wind provided extra exercise for me, but shortly after jumping in I saw a large puffer fish.  I love puffer fish, they have the friendliest eyes and are just so pretty.  A few feet further I saw a stingray swimming ahead, so I followed it and it lead me to a rocky patch with 5 other sting rays swimming around or resting in the sand.  Six rays all together.  I had to stop a while and enjoy that sight.  I reached the inner reef a good swim later and enjoyed lots of fish, corals, and sponges as I swam along the reef.  As I headed back to the boat from a different direction I continued to pass an occasional sting ray along my way.  I saw a total of 11 in my one hour swim.  Fantastic! 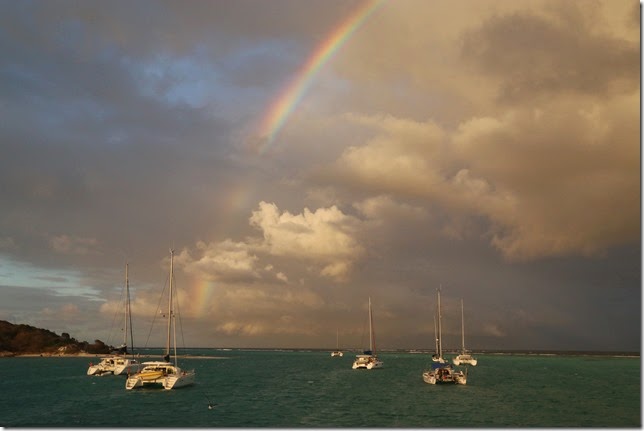 David had picked the kids up from the beach with Melinda and we arrived back at the boat to get Alex up from his nap, shower and start dinner.   It rained quite a bit that night after sunset, which made David happy—the boat was getting a good rinse.  The wind blew all night and we rocked a little, but it wasn’t terribly bad at all. 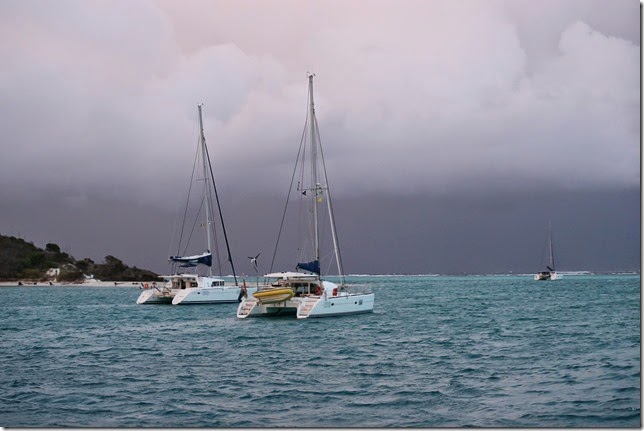 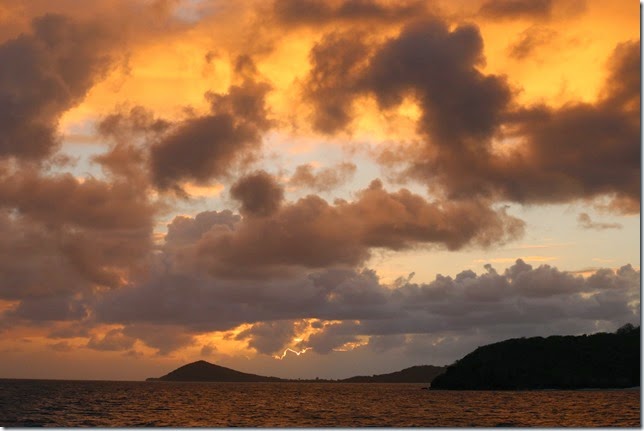 The next day, Saturday we did house chores in the morning, and just after lunch we all decided we would attempt to land the dinghy at the beach in front of us to see the turtles eating in the grassy water area there.  We did not know what we were in for.  The wind was still blowing like crazy, so getting into the tender was a feat in itself as it rocked up and down next to the boat.  So david decided to use the little tender, but that was just as difficult to get in and out of, but it is an inflatable and not as damaging to have rocking up and down next to the boat.  It is small so we took 2 trips to get us all to the beach.  On the first trip we realized how hard it was to beach the dinghy, and as the kids and I stepped onto the sand it was stinging us from the force of the wind.  The kids hurried to a small patch of beach hidden behind a hill out of the windy area and had fun playing there.  Calvin was charged with keeping and eye on Matthew, while we ran back to to the boat for the second trip of passengers.  Once everyone was out of the dinghy David attempted to drag it up on shore, but it was quite heavy.  So he thought maybe we would just anchor it off shore, so we tried that, which meant for him to get to shore he would have to get wet, and he hadn’t worn his swim suit.  But such is life.  A wet pair of shorts isn’t sooo bad.  But if you know my husband, it’s a big deal. 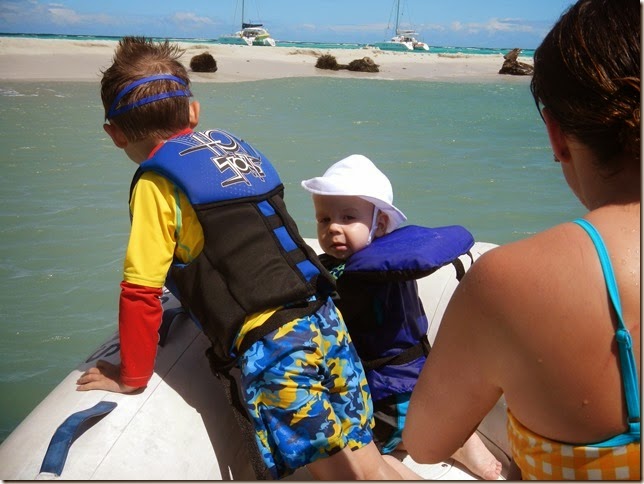 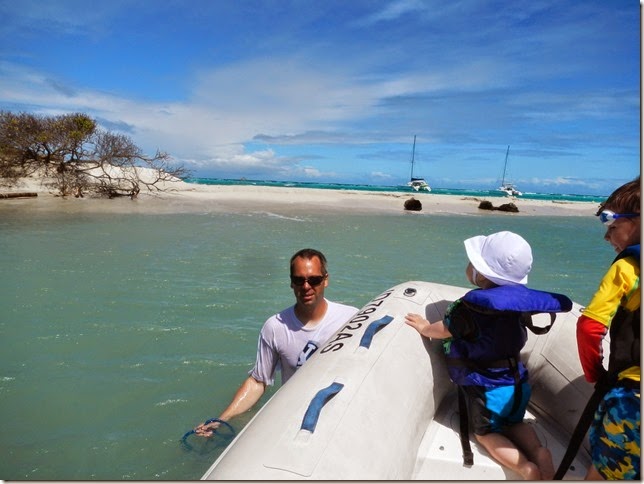 A group of us headed out to snorkel thru the grass area looking for turtles.  They were easy to find and we saw half a dozen during our little swim.  After a bit I noticed David standing with the dinghy in the water, so I went in to find out what was going on, and with it just so windy, the dinghy was not staying put.  So we gathered up the kids and crammed all of in the little boat and head back in one trip.  Clamoring back on the boat in the bouncing waves to shower and clean up.  That night we made a peach cobbler and invited our neighbors on sailboat Seabatical (we’d met them at church in St. Lucia), over for dessert, but after looking at the howling wind and waves, they opted to resist the cobbler for fear that they would be soaked before reaching our boat.  Understandable.  They did ask if we wanted to get together in the morning for church.  That sounded like a great idea so we planned to see them then.

Sunday dawned with much less wind and chop on the water.  We held a short primary lesson and singing time before our new friends on Seabatical arrived for Sacrament meeting.  Promptly at 10 am, they arrived and we joined together for our first ever sacrament meeting on RCabin.  The couple who lives on Seabatical had friends visiting with them for a couple of weeks from the states.  And the husband visiting is a Stake President in Florida so he presided over our meeting.  The sacrament was blessed and passed, followed by a few talks and a musical number.  It was a beautiful Sabbath morning.

That afternoon the kids played games and watched a movie.  No one wanted to join me for a snorkel, and it was still too windy to head to the beach.  So my wonderful husband joined me for a short snorkel out on the reef.  We enjoyed seeing the large schools of blue tang.  I also saw a nurse shark off in the distance, but it was gone by the time David looked in that direction.

Everything we read talked about how isolated this little group of islands is and that cell service and internet were not to be found here.  Well we did have cell service, not that we use anything but text messages while out of the country, and David was also able to get us internet access from one of the islands about 5 miles away.  It is amazing what you can do with the right technology in our time. 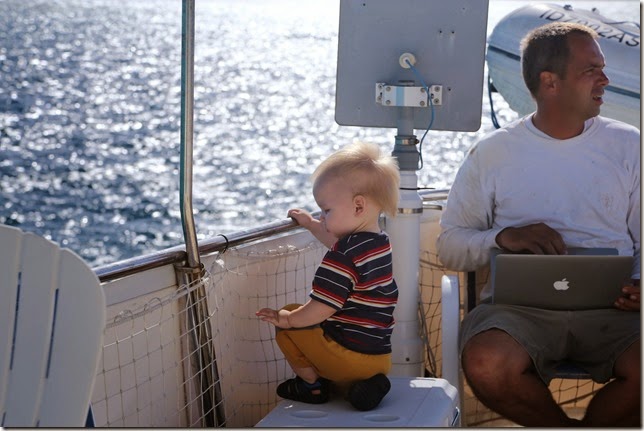 The next morning we decided to head on to Mayreau island only a couple of miles away.