Anchoring between the Pitons, St. Lucia

We are stocked with food for a couple weeks, things are mostly put away, and the important boat parts seem to be working, so that means it is time for us to head out!  Our first stop is a one night stop between the beautiful Pitons of St. Lucia. 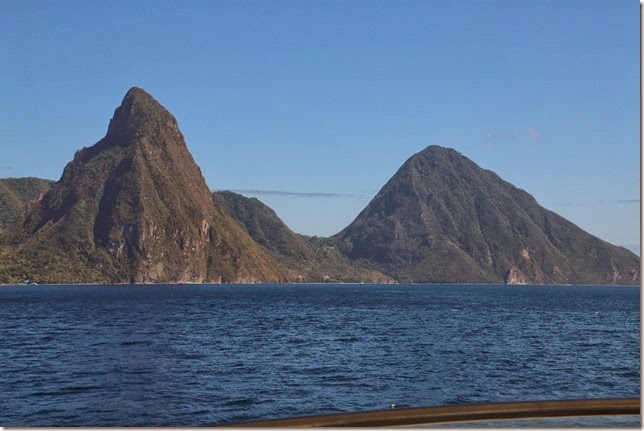 When  you come to St. Lucia, visiting the Pitons is a must.  They are 2 huge green covered volcanic mountains rising out of the waters on the Western Coast of St. Lucia, near the town of Soufriere.  We had seen them in our driving tour of St. Lucia last year, but it was beautiful to view them from the water front now.  This stop also put us in a good position for an early start to cross all the way to the Grenadines, an 8 hour sail away. 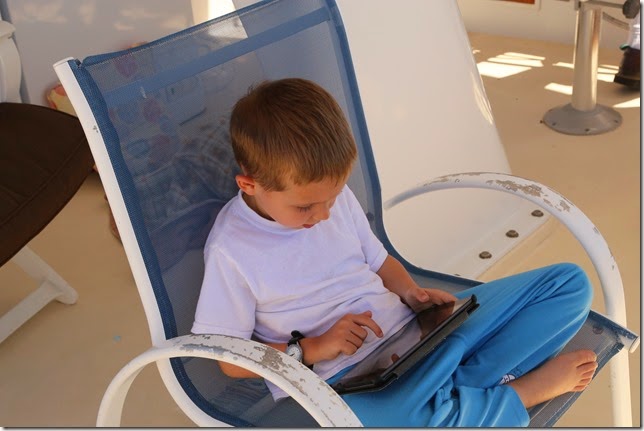 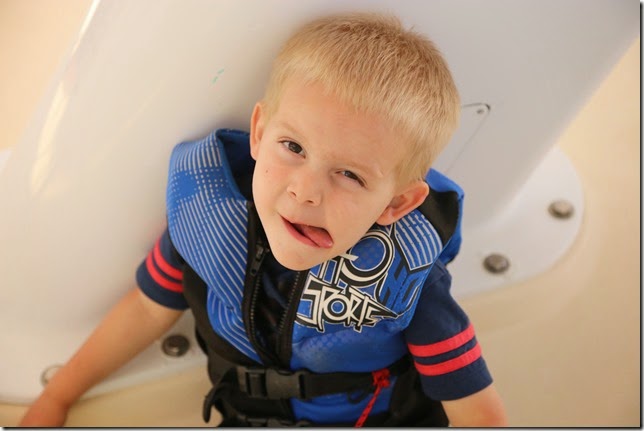 Since we were in the lee of the St. Lucia, the 2.5 hour trip down to the Pitons, was calm and beautiful.  With the island blocking the big waves, we were left with not much, so it was a great start to our trip out.  The kids enjoyed playing on the fly bridge while we drove, since it was easy to move around on the calm waters. 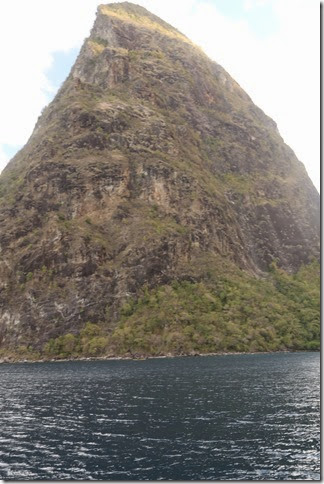 We’d been on the boat at this point for almost a week, and while the kids had gone to the pool at the marina, we had not yet been to a beach, so as we pull into the anchorage and the kids see the beach, they all start screaming about how they have to go to the beach.  It was getting later in the afternoon, and a short beach trip sounded fun, but we still had to find a mooring ball, which there were none available.  The Pitons are part of the Marine Park, and we had made a reservation for a mooring ball the day before, but trying to reach the park to ask about it over the VHF became difficult.  Finally we made the expensive cell phone call to reach them and they informed us that someone new took our reservation and our boat was not quite big enough for a reservation, so if there are no balls, then we would have to try to anchor.  The problem with that is it is over 100 feet deep until you are practically on shore, near the rocks.  The park ranger came out to show us a good spot to anchor, but it left us swinging very close to an old, falling apart cement dock.  As we were sitting there deciding what to do, because we couldn’t stay in that spot, a boat near us, left the mooring they were on to sail off.  Yeah!  We quickly picked up our anchor and headed to the mooring before another incoming boat came to take it.  A short while later we saw 2 other moorings open up from boats leaving at the end of day.  I guess they wanted to be somewhere else for the night, or were making night crossings.  We felt very blessed to be on a mooring.  Although it was now 5pm, and I should be making dinner, I couldn’t resist a short trip to the  beach.  So we all quickly jumped into bathing suits, and into the tender and off to the beach.  While there our nanny, Melinda, looked up where the recent bachelor finale had been filmed, and sure enough we were lounging and digging in the sand of the beach resort where they had filmed and stayed.  She thought it was great! 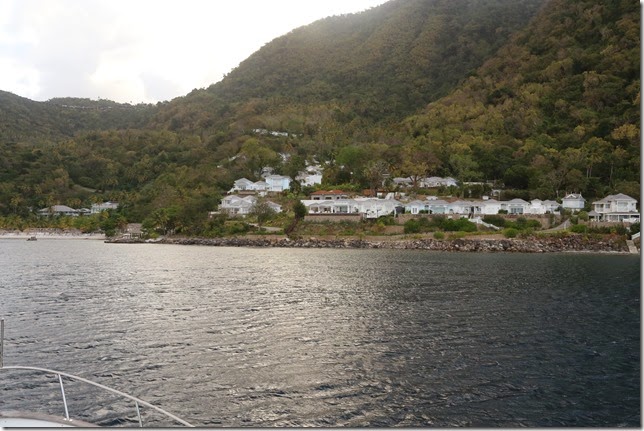 After an hour, our beach play time was up.  The kids had so much fun.  Both Matthew and Alex loved the sand and water.  It was a surprise to us, because last year Matthew did not like going to the beach, so we enjoyed watching him dig in the sand and swim his heart out in the water.  We headed back to the boat for showers, and a quick spaghetti dinner before bed.  We enjoyed the sunset while cooking dinner and found a sailing cruise ship circling the pitons anchorage as the sun went down. 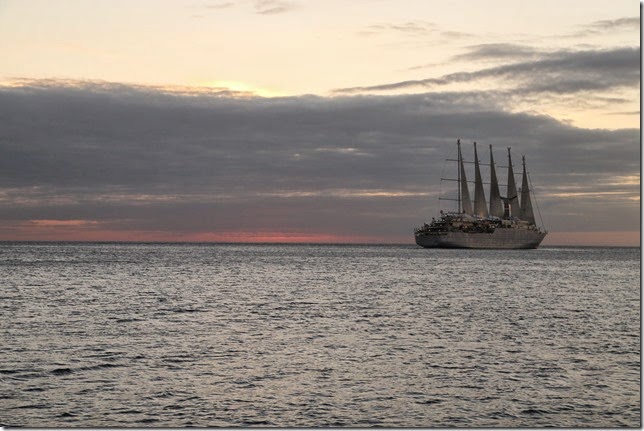