We pulled out of the Pitons to start our journey south at 7am.  We were excited to leave St. Lucia behind and head on to new waters and see more beauty.  We were hoping for less wind, but it was more windy than the day the before. I am sure all the sailboats loved the wind.  There were several out sailing, headed the same direction as us, south.  Not too much later, we neared the end of St. Lucia and started to feel the brunt of the waves coming around the island.  The channel between St. Lucia and St. Vincent is about 25 miles, and would take us 4 hours to cross.  Quickly the kids started feeling sick and Dramamine was passed around.  Even little Alexander climbed in his high chair to have a stable place to sit. It was a good place for him and made it easy to clean up when he threw up.  Shortly after that I took him down to bed for a morning nap, and he happily laid down and went to sleep thru the rocking waves. 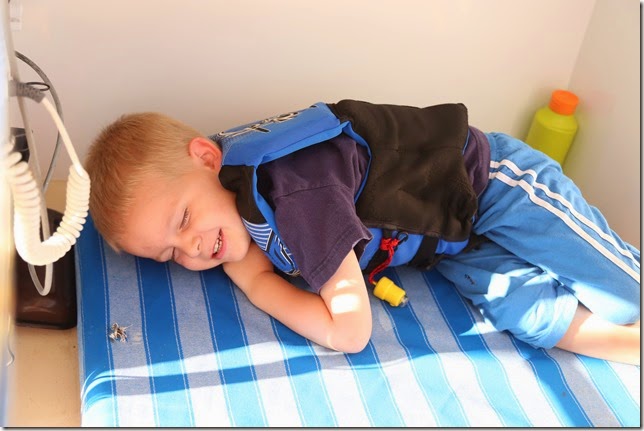 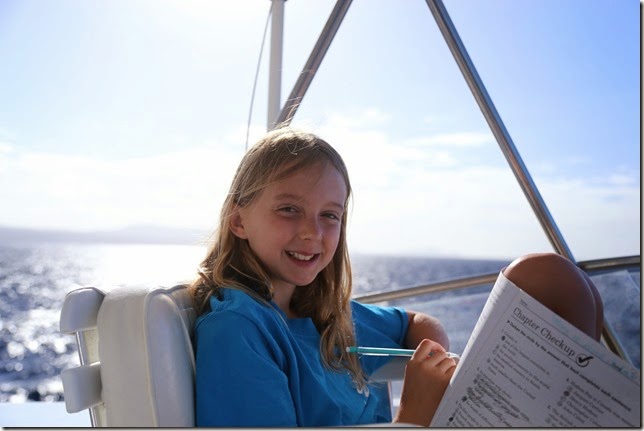 Poor Benjamin had been sick 2 days before, and I had hoped he was over it, but the mixture of still being sick and the rough waves sent him over and he threw up the most.  Poor kid.  He survived and did well despite his upset stomach.  He even took a nap for awhile which I know helped him thru the crossing.  Nearing St. Vincent, just a few miles away, the waters turned even rougher and the waves rocked us hard a few times.  I admit, I am not looking forward to those few miles when we turn to head north.  Luckily it was only a couple miles and soon we were behind St. Vincent and the waves subsided.

We were passing by St. Vincent due to safety concerns, heading to the nearby Grenadine island of Bequia (pronounced beck-way).  In route down the coast of St. Vincent we could see smoke over the water a few miles ahead.  We listened to the VHF and heard a large commercial ship radio the St. Vincent Coast Guard in regards to the fire and should they divert to help.  The Coast Guard responded that they were not yet on scene, if the ship would divert to help.  Before the ship reached the fire, the Coast Guard radio’d that the ship could cancel their diversion that help had arrived on scene.  We didn’t hear anymore about the fire and when we reached the area, the smoke had cleared and nothing was left to be seen.  A day later, our nanny Melinda found an online article about what had happened.  The fire was from a boat that was engulfed in flames and later sunk.  A burned man was found floating nearby, his life raft not deployed properly.  He was found by a dive boat and pronounced dead at the hospital.  It appears his boat exploded, but they are unsure as to what caused the explosion.  They only found documents in the wreckage for him, so they believe he was alone, fortunately.  Weird that all that happened and when we approached the area, an hour or so later, nothing was left to show of it.

At the south end of St. Vincent I worried the short 5 mile channel to Bequia would be as rough as the north end, but luckily it was only windy, not too bad on the waves.  This is where we were greeted in the wind by a man in a small dinghy taking pictures of us as we approached the island.

As we headed into the large bay, there were several places to anchor and lots of boats at anchor.  We looked across to the south end and recognized another motor vessel that looked a little familiar.  As we got closer we knew for sure that it was another boat we had met last year.  A nice couple on board who have shared great info about different islands with us.  Fun to run into them again, a year later.  We anchored nearby, close to 2 beautiful beaches.  After clearing into St. Vincent and the Grenadines, David put the raft out the back of the boat for the kids to swim off of for a bit while we prepared dinner. 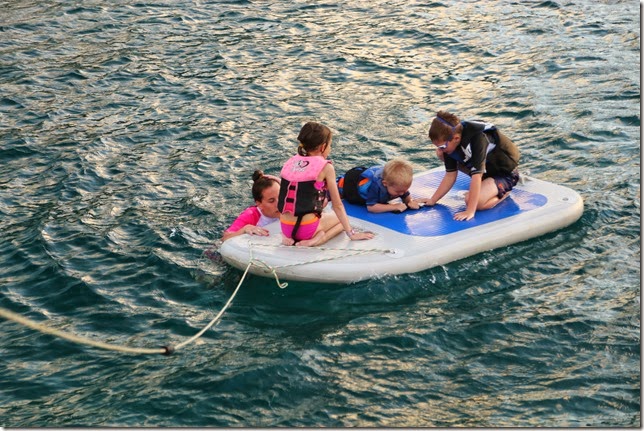 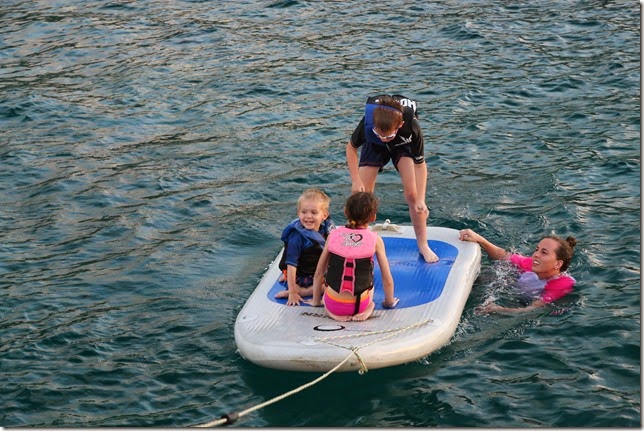 The anchorage was calm until we sat down to dinner, and then a swell started making its way in, making us roll just a bit.  It wasn’t bad, but can get tiresome after awhile.  The next morning as boats started clearing out, we decided to move further in the bay hoping to lessen the swell some.  After moving it was calm again, so we hoped we’d gotten out of the swell.  but it returned later around dinner again.  It is possible timed with the tide.  After the kids finished their school work, we headed to the nearby beach for the afternoon.  Benjamin and Isabel had been feeling sick again, so they stayed with dad and hung out on the boat for the afternoon, while Alex slept.  David was able to get a few projects done.  One of them was to get the dog ramp hooked back up to the swim steps, so Jessie could go for a daily swim.  She loves being in the water! 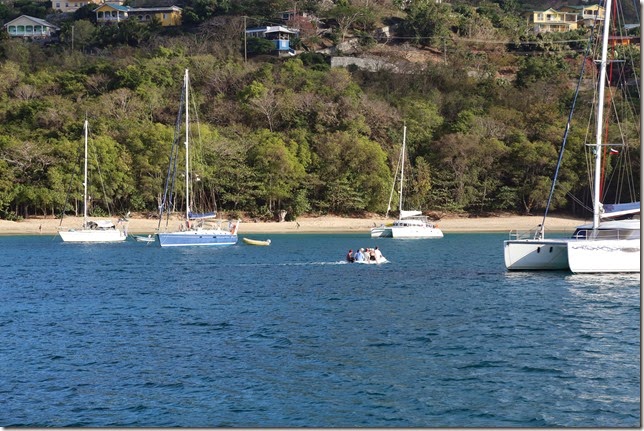 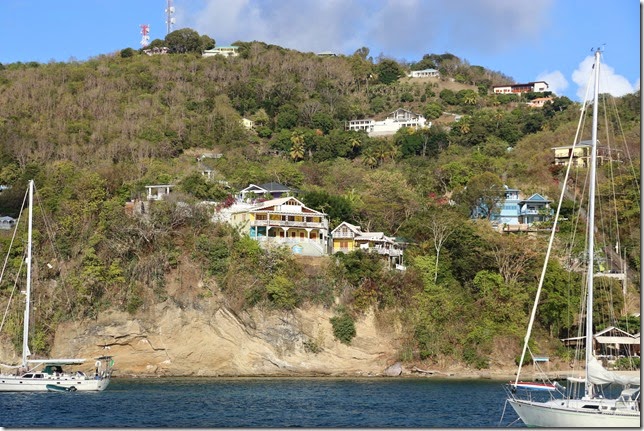 The next morning both Benjamin and Isabel were still not feeling well, so we cancelled our island tour.  We had been planning to rent a car and drive around Bequia and see a few sites.  But with 2 sick ones we decided to not do it.  Strong North East winds were approaching later in the day so we decided to head out from Bequia that morning, instead of the afternoon.  It was off to find a better anchorage for North East winds and swell. 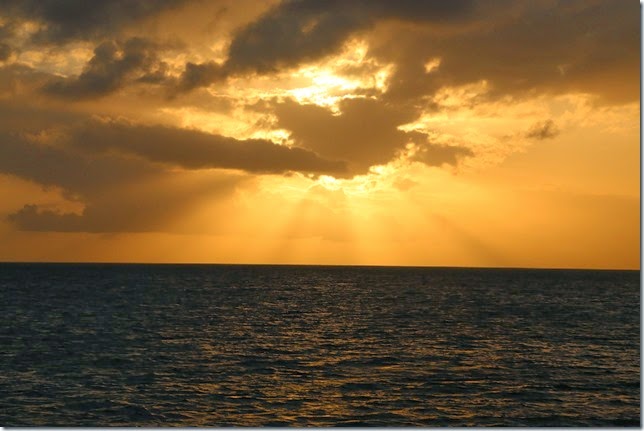 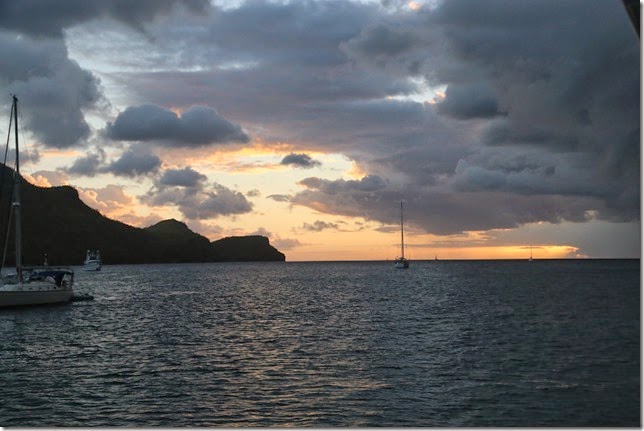