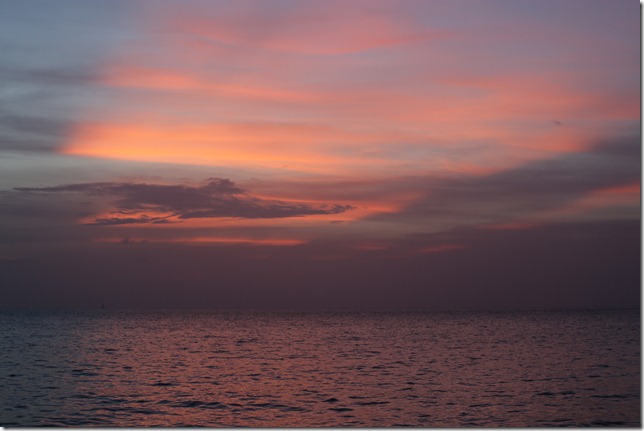 We arrived in Guadeloupe late in the day, just as the sun was setting.  We had enough time to find a spot to anchor in the crowded and deep anchorage of Deshaies, Guadeloupe.  The next morning David and I went into town looking for the shop that houses the customs computers.  In the island’s of Guadeloupe and Martinique, both part of France, you can clear into customs by filling out a form on a computer, usually found in a internet café or shop.  We found the shop, but it was closed because it was Sunday morning.  We headed back to the boat to wait for Monday. 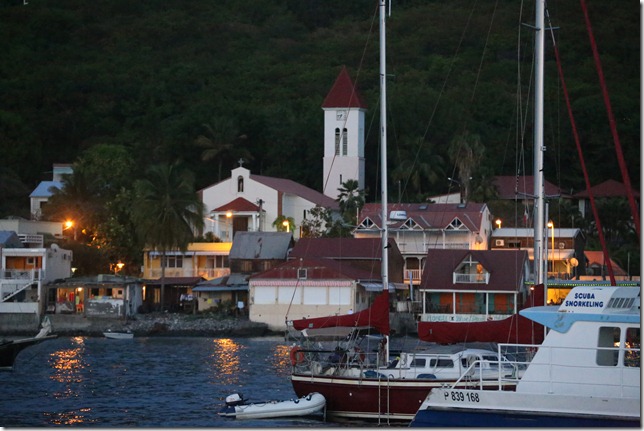 David had said that the boat had rocked terribly through the night.  Luckily I had slept through it.  Both he and Madison complained about it, so we put out a stern anchor to keep us pointed into the smalls swells rounding the bay.  The anchorage had cleared out quite a bit during the day, so that made it easier to put out a stern anchor.  With 2 anchors out we would not swing, so it was important to watch where the boats around us anchored – since they will swing with the shifting winds, and we won’t.  We found that in the evening, the winds would drop to none, and the small swell would push the boats to lie parallel to them and rock the boats.  We were happy that night as we stayed pointed into the swells and we watched the other boats in the anchorage rock like crazy. 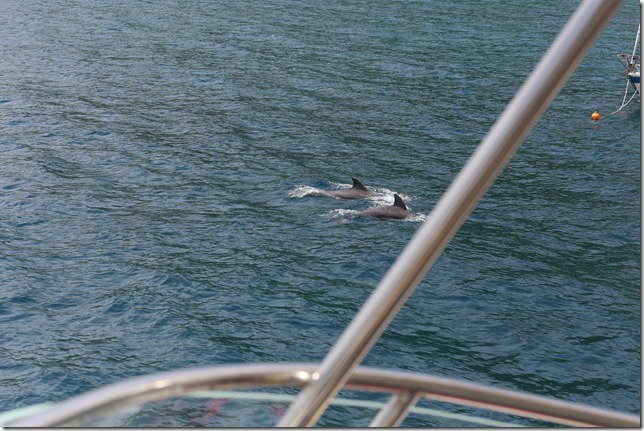 The winds had been blowing a little out of the south which had all the boats facing out of the anchorage instead of to shore.  Little rainstorms were passing thru, and with them, sometimes dolphins would come into the anchorage and swim around.  It was so fun to watch them play right near the boat.

Monday morning we headed back into town, to clear customs.  If only all islands were this easy.  We simply filled out the computer form, paid $6 US to the store clerk who printed our form and stamped it.  No immigration to see or getting our passports stamped, but we were now cleared in and could come ashore and see whatever we’d like.  There is not a lot of English here.  French or Creole.  I am sad to say that my French was not good enough.  We got by, but I wish it were better.  Of course that would require more effort on my part of learning it. 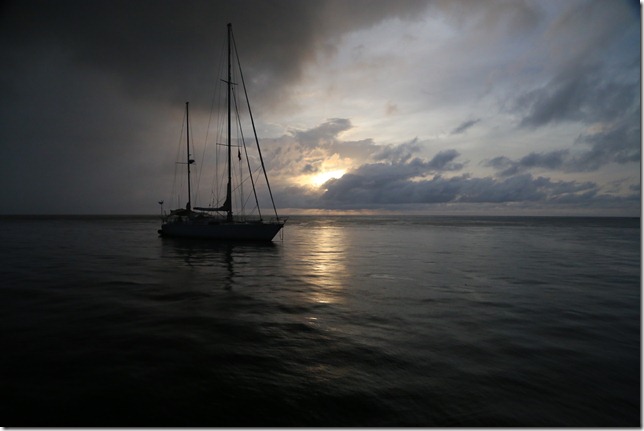 I was still recovering from my crazy flu bug the week before so we weren’t in a hurry to tour the island.  We spent our days taking it easy in the calm anchorage.  The kids had school every day of course, than in the afternoons we’d go for a swim off the boat, or headed off to the cliffs on the side of the anchorage for a snorkel.  We often went into town to pick up delicious french bread from the bakery.  We tried their fresh croissant and pastries too. 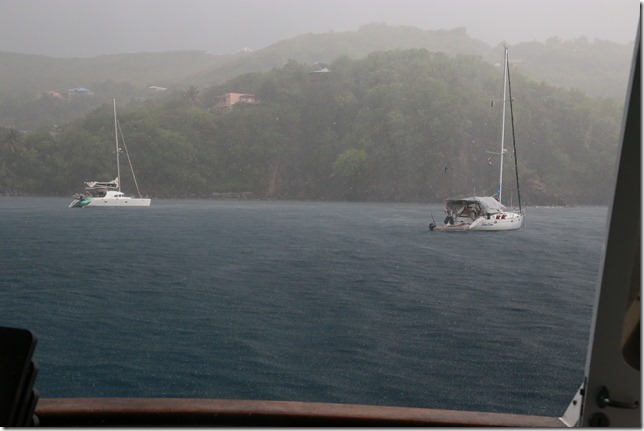 One afternoon David loaded up which ever kids wanted to go- Calvin and Isabel, and Madison and headed off in the tender, for a boat tour of Guadeloupe. I didn’t feel up to a few hours of riding in the tender, so the rest of the kids and I stayed behind on the boat for naps and quiet time.  They went and explored the north side and the river that runs thru the center of Guadeloupe.  They saw lots of farm land and beautiful country.  At one point they wrapped a line in the prop and David had to take a quick swim to remove the line.  It rained on and off throughout the day, but they said they didn’t mind. 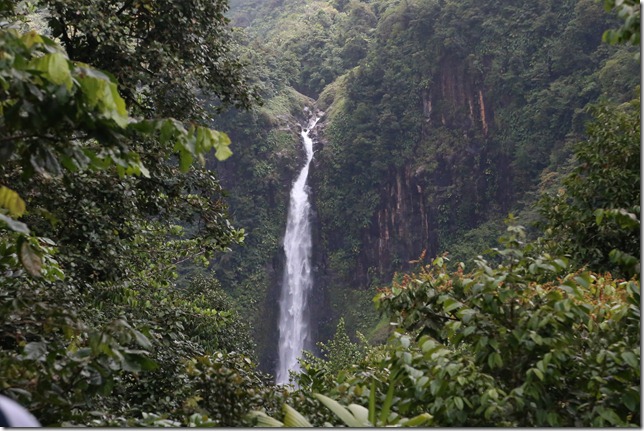 After a few days we made arrangements to rent a van for a day, and early in the morning we headed off to see Guadeloupe.  If you look at Guadeloupe on a map, you will see it looks sort of like a butterfly.  The right wing is the island Grand Terre, and it is quite flat.  It was formed from an old volcano and has been eroded away.  The outer islands of the Caribbean are of this same age and formation.  The left wing of Guadeloupe is Basse Terre.  It is a younger island, and it’s volcano is still active and forming the island.  The inner loop of the Caribbean islands are of this age and formation.  They are all relatively young with rainforest covered hills and peaks, with potentially active volcano’s. 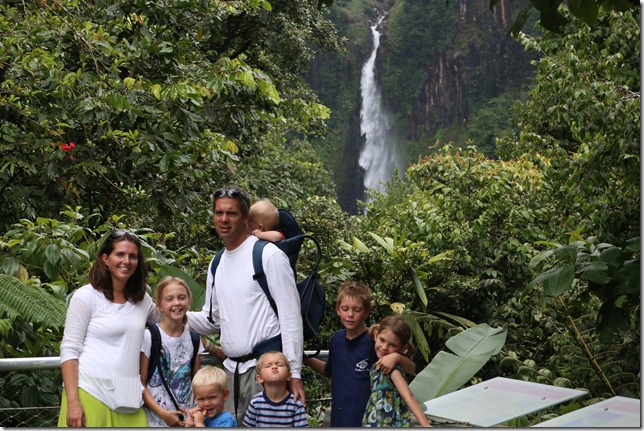 We drove south along the coastal road.  It had many curves as it climbed up and down through the hills along the shoreline through villages and towns till we reached the south end of the island.  At this point the island becomes more flat along the south and west coast and there is a fast highway.  We hadn’t driven on a highway since we left Puerto Rico.  It was fun to see a nice roadway.  On the south end of the island we drove up into the rainforest and visited the 2nd chute of Cabret.  One of 3 nearby waterfalls.  It was a bit overcast, but supposedly on a clear day you can see these waterfalls out at sea.  We were only able to hike to the 2nd fall, as the 1st and 3rd were hours further. 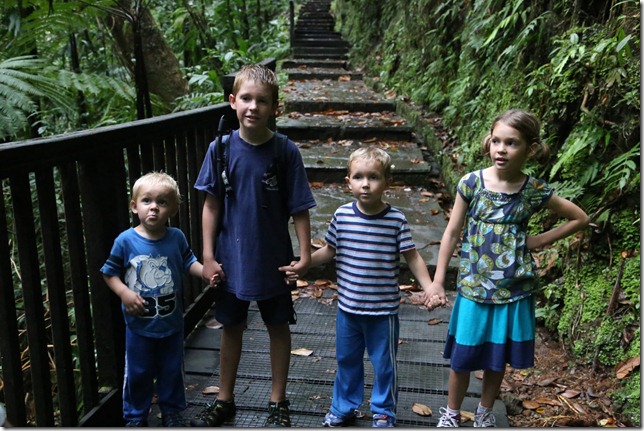 The kids had a fun time hiking on the short trail.  On the way back they would run ahead and then stop and join hands, blocking the trail.  As we approached, one of them would tell us a riddle.  We couldn’t pass until we answered the riddle, then they would run off again, to repeat the process over.  We don’t know to many riddles so after 4 or 5 they started repeating them.  It was a fun hike.

On the way down from the falls, we stopped to make another short hike out to a pretty lake, where it rained briefly on us and we were swarmed by mosquitos.  Matthew grabbed a giant leaf and used it as an umbrella to keep in dry, he remembered learning this from hiking on the island of Saba.  The trees and plants are so pretty up here in the rainforest.  I just love seeing the moss covered trees and roots, they are so pretty. 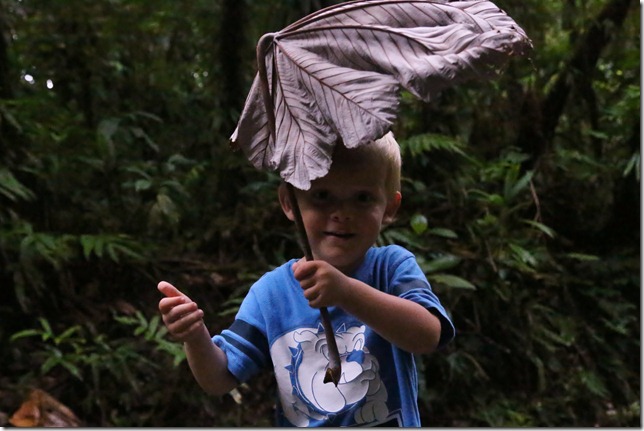 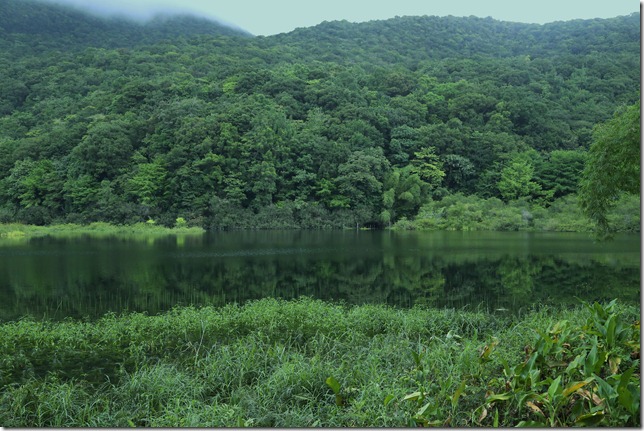 We continued driving along the populated west coast of Basse Terre.  There is a small river that run between the 2 islands so it is hard to tell that they are 2 separate islands.  David had taken the tender down this river in his explorations a few days earlier.  We stopped at a Carrefour market to check out food and prices.  Carrefour is the brand of store we would shop at in Poland, so it was fun seeing the French grocery store here in the islands.  We were excited to see that when we return to our boat late summer we can stock up on food at the Carrefour in Martinique, also a part of France. 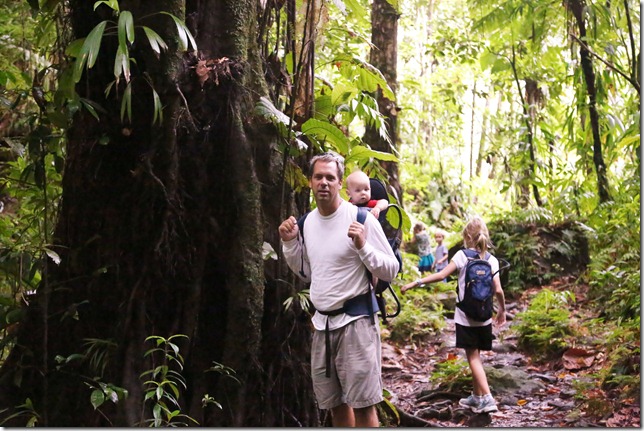 On our way back to the boat, we pulled off the road to allow a bicycle race proceed by us.  The race had passed us earlier in the morning on the other side of the island, it was fun to see them again on this side of the island too. 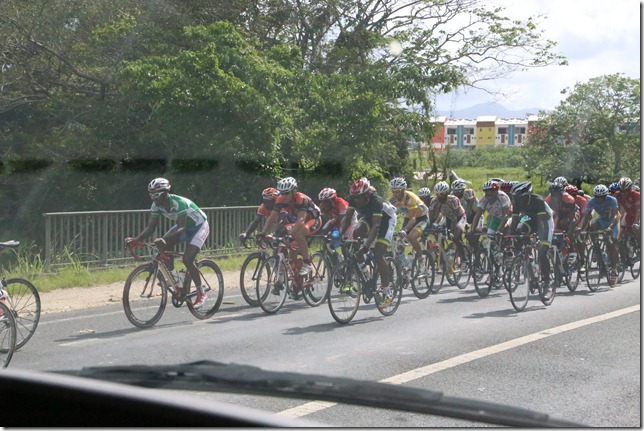 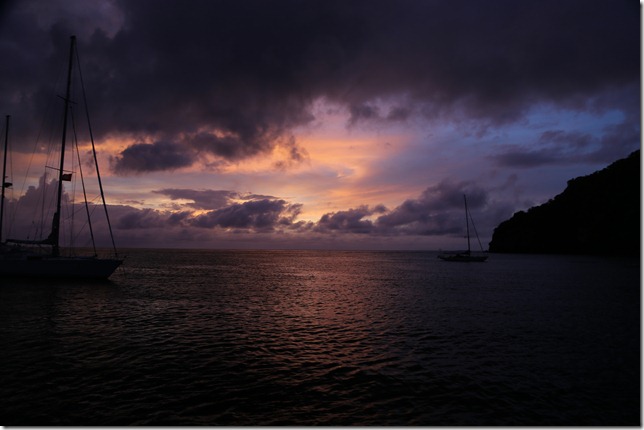