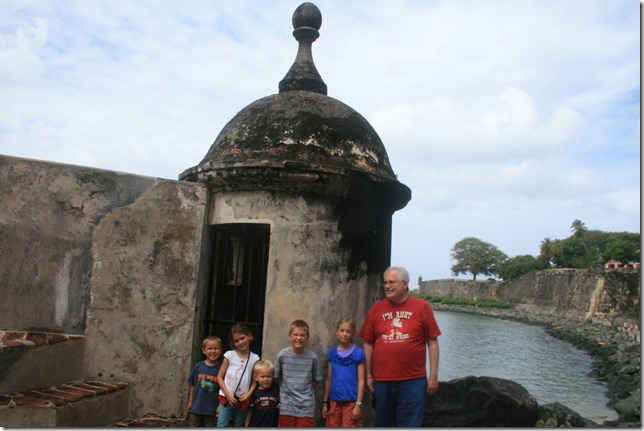 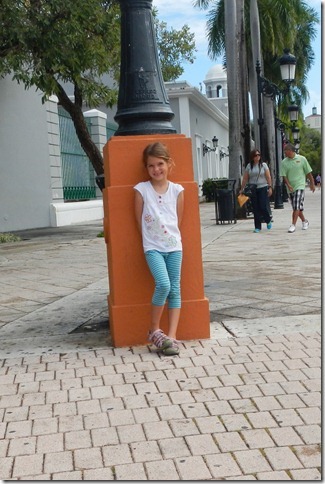 While Grandpa was visiting we went to Old San Juan.  It is a beautiful colonial city.  It is a great place to stroll along the streets and see the buildings as they would have looked 500 years ago.  But the 2 forts of the city are amazing.  As we traveled down the east coast of the US last year we stopped to see several old forts, so trust me when I say these are amazing.  If you visit Puerto Rico, do not miss visiting Old San Juan. 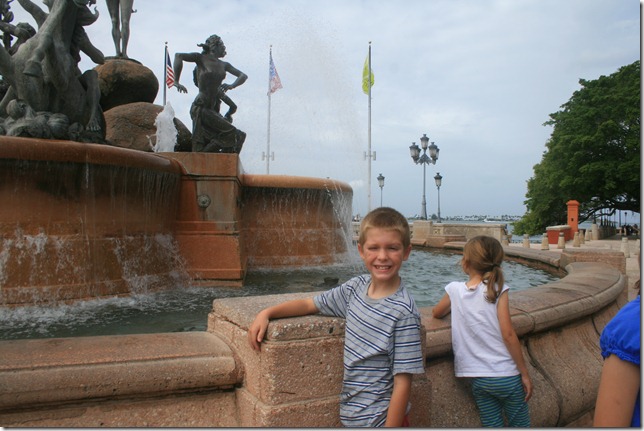 We parked the car just outside the old city wall, so we walked along the harbor till we reached one of the gates into the city.  We made our way thru a few short blocks on the narrow old city streets till we reached the large field leading up to the Fort –Castillo San Felipe del Morro.  The fort was strategically built higher than the field to allow for an advantage should they have to fight from the land on this side- which they did, they fought the Dutch on the field, many died.  On the other side of the fort is the beautiful Ocean and entrance to the harbor.  This is why the fort was really built, to guard the city from attack by sea.  There is a small island across the harbor where a small fort was built to help aid in defense of the harbor entrance.  Only ruins are left of the small fort.  So there were really 3 forts here. 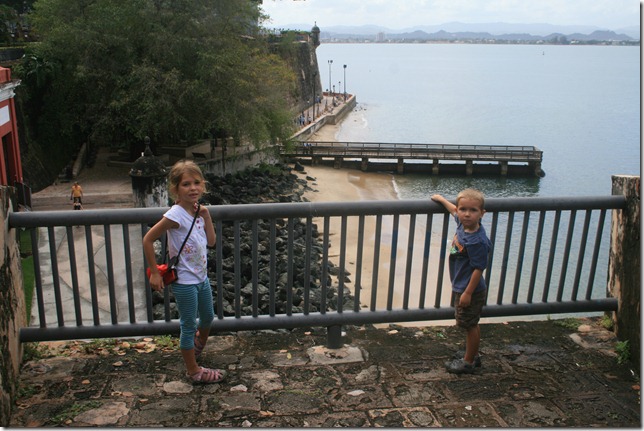 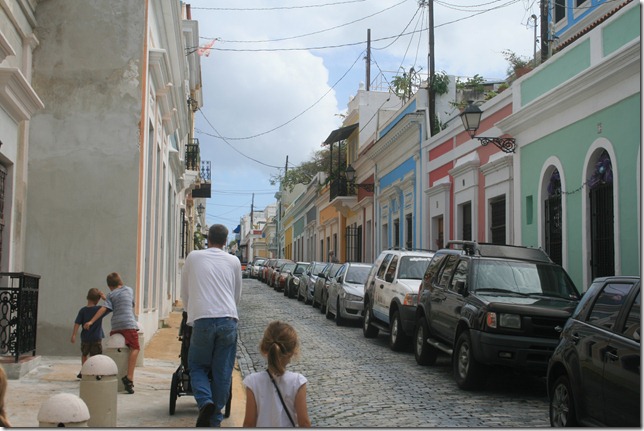 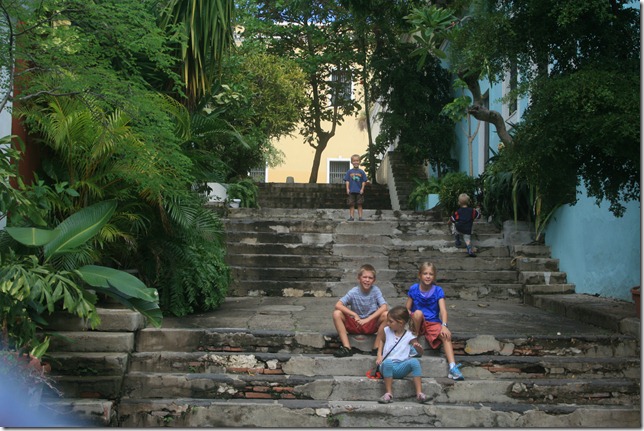 The forts are part of the National Park Service, and that meant – Junior Ranger Badges for the kids. The kids had a nice time filling out their packets and learning about the fort. Then it was time to explore… 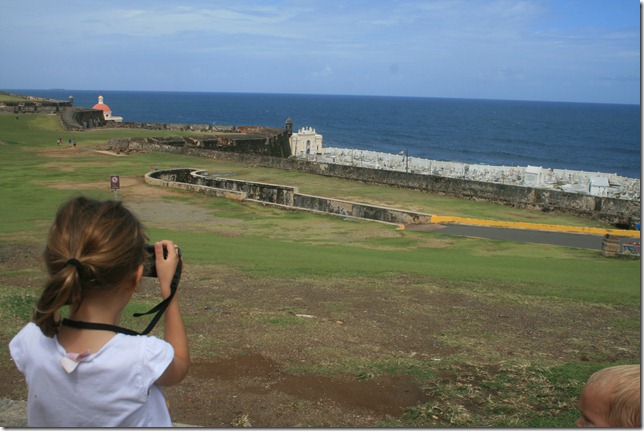 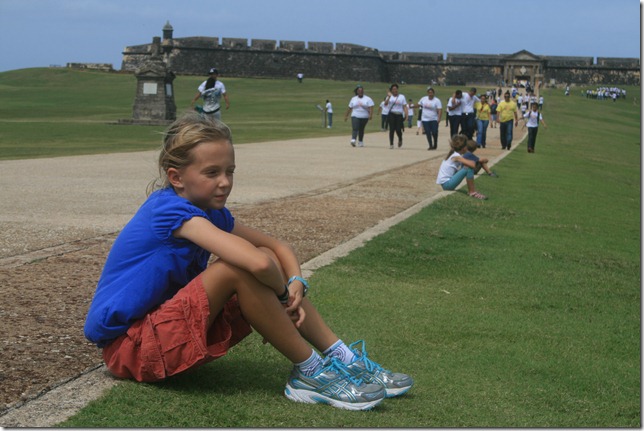 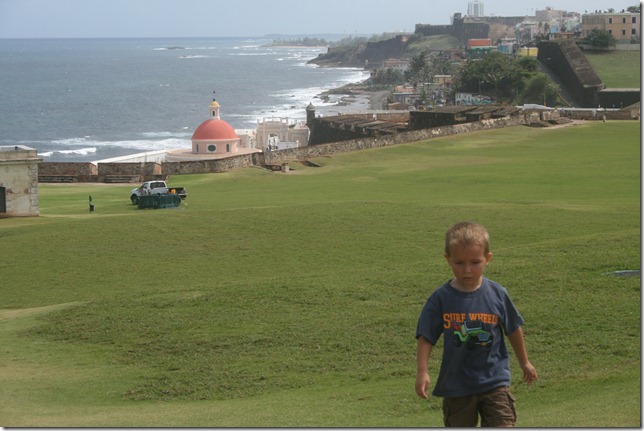 Castillo San Felipe del Morro is beautiful, from the field stretched out before it- perfect for flying kites, to the beautiful cemetery built off to the side, to the 6 levels of the Fort built over 300 years.  Construction for the Fort began in the early 1500s.  It was built in stages as they needed a bigger and stronger Fort.  The 2 forts here are by far the largest forts we have explored.  Individually they are huge, and the fact that there are 2 of them built so close together is amazing.

The tunnels and stairways were fun to go thru, and up and down.  The architecture of the Fort El Morrow is beautiful. Arched windows, Arched hallways, triangle stairwells, cannon guarding the fort, rounded guard stands. 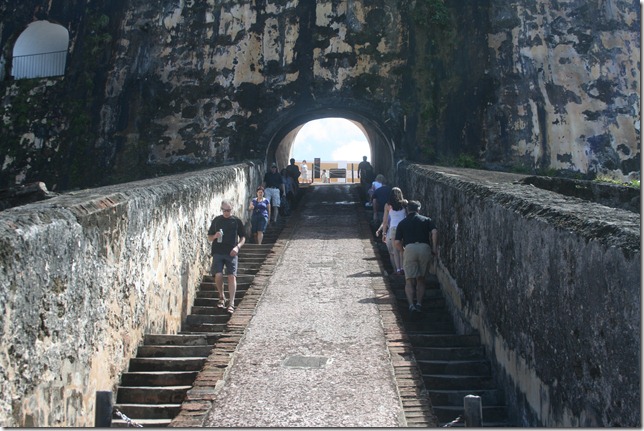 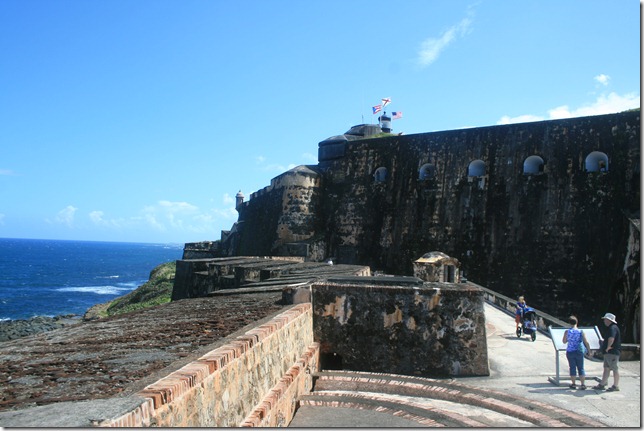 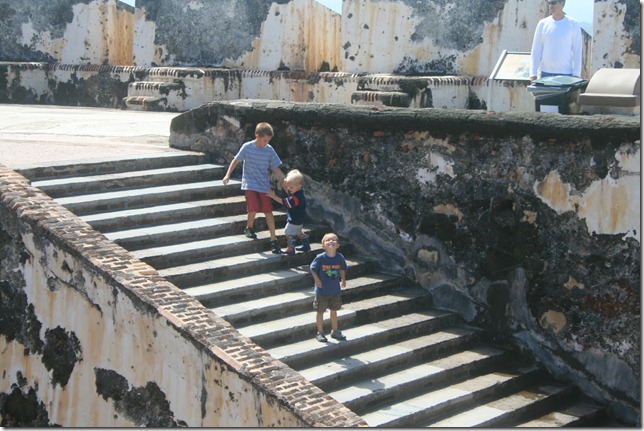 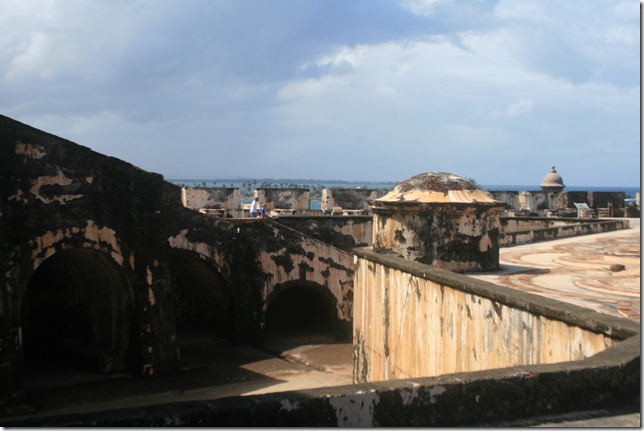 The Fort guarding the land entrance to Old San Juan is Castillo San Cristobal.  Built in the 1600-1700s, this fort is also architecturally stunning, and yet different from Fort El Morro.  It is the largest fort the Spain built in the New World.  It has several long tunnels, a dungeon, and beautiful views.

While we were visiting they were preparing to film a car commercial there.  They were setting up lights and cameras, and a piano.  Benjamin loved watching them put the piano together. 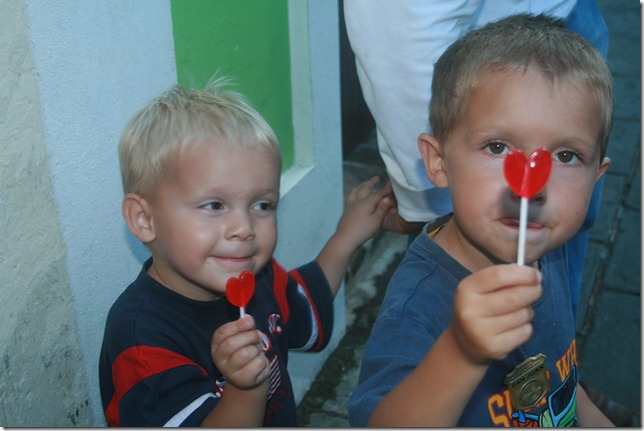 After visiting the Forts we walked nearby to a restaurant I had read about for an early dinner.  But they were closed.  They didn’t open for another hour, but we were ready to eat now.  A staff member recommended another restaurant a few blocks over.  We walked there and had a delicious Puerto Rican meal.  We had rice and beans and chicken,and the traditional Mofongo- with Plantains and shrimp.  We all had a great time sampling the local food.  The wait staff at the restaurant were so nice to the kids, they hurried our order along and brought out extra food for the kids.  They loved making the baby and Matthew smile. 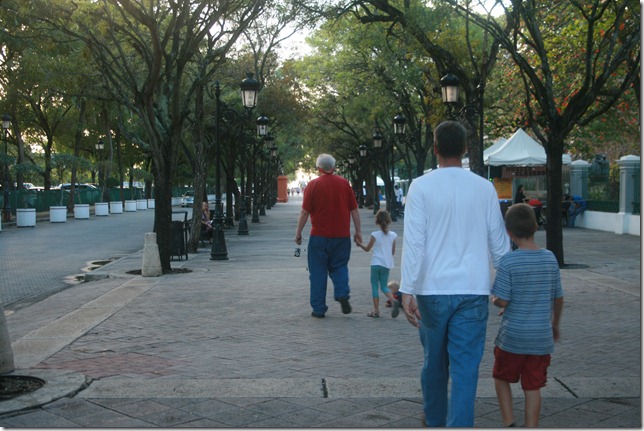 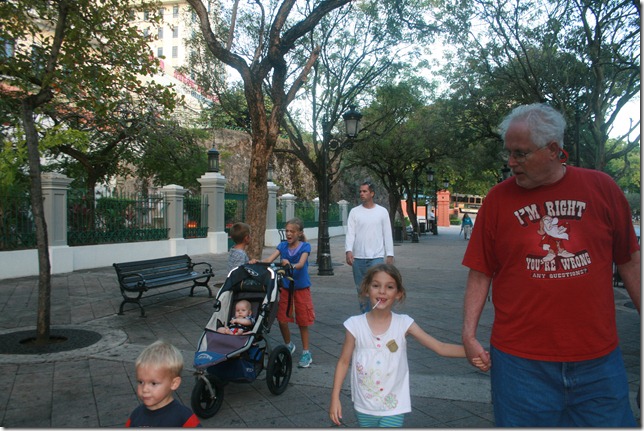