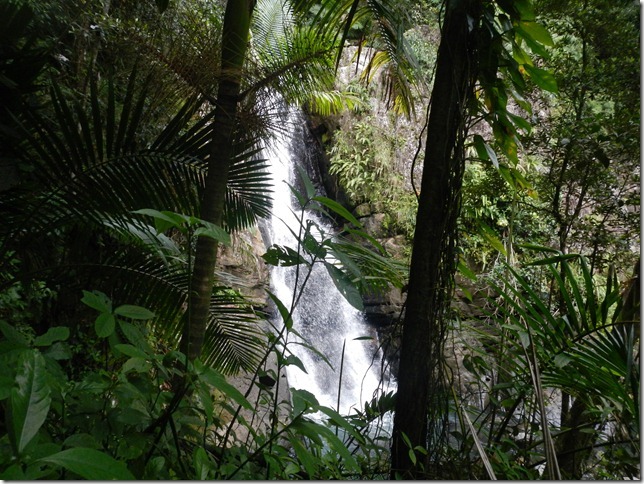 About a week after Grandma went home, Grandpa Bob flew out for a visit.  We had made our way to the east coast of Puerto Rico to stay in a Marina for a month.  This was a good arrangement for Grandpa’s visit, then if he felt a little seasick he could easily hop ashore and go for a walk.

While he was visiting us we went to see 3 major sites here in Puerto Rico.  El Yunque, the rainforest, the Arecibo Observatory, and Old San Juan (which I cover in a separate post). 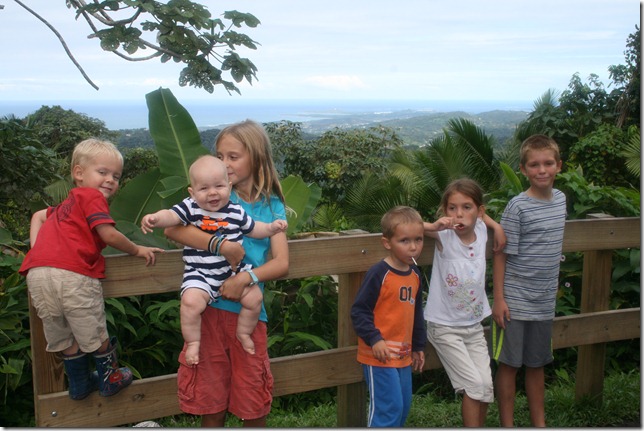 El Yunque is the only tropical rainforest in the US National Forest Service.  It is located in the North east part of Puerto Rico, and it is beautiful there.  We drove thru the forest, as high and as far as the road would allow—it had been closed further on due to a mudslide that has not been repaired for quite some time. 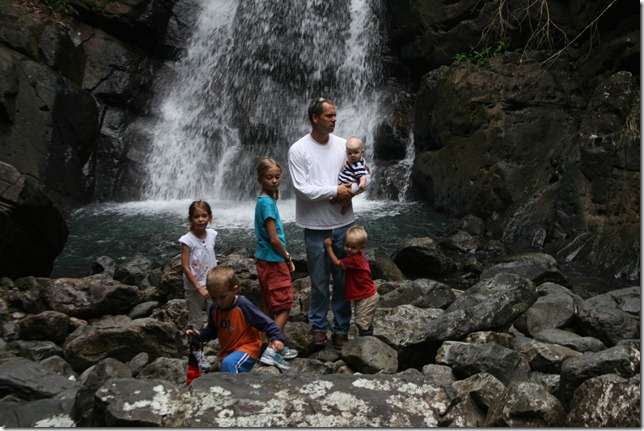 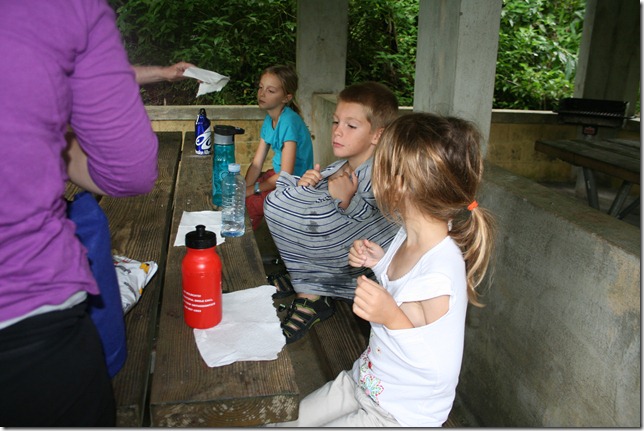 We had brought a picnic lunch.  The kids love picnic’s, but the temperature was much cooler this high up in the mountains, and they complained of being cold.  Considering it was freezing cold, literally, back home, this slight chill was pleasant.  After lunch we hiked down to a popular waterfall, La Mina.  Grandpa waited for us at the picnic area since the trail had lots of stairs to go up and down.  The waterfall was pretty, but I really enjoyed the scenery along the trail. We took Alexander in the stroller.  We have done this numerous times over the years and babies, end up hiking down a trail with the stroller, only to have to carry the stroller back up the trail and numerous stairs.  Someday we will learn. 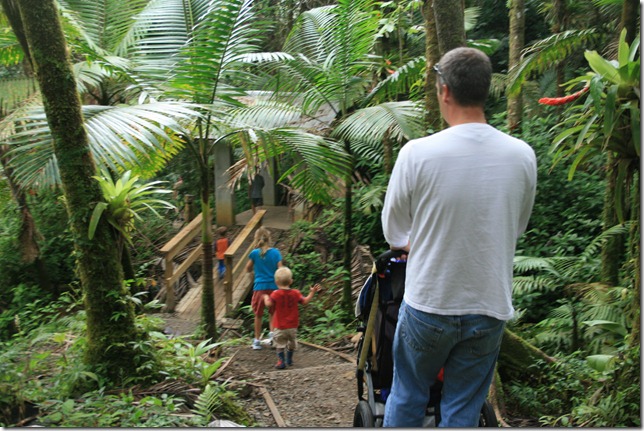 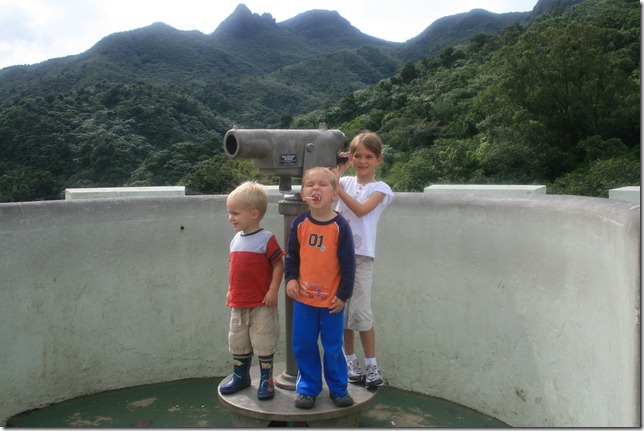 We stopped along the road on the drive out at an observation tower to check the view from the rainforest to the coast.  It is beautiful here. 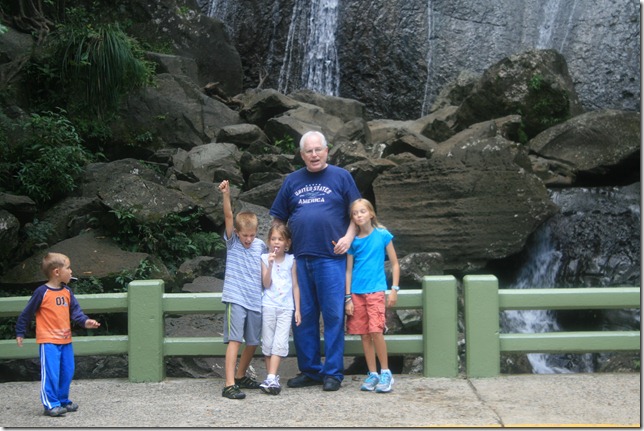 We also visited the Arecibo Observatory.  We had planned to go to the Observatory with Grandma because we were closer to it on the west side of Puerto Rico, but we ran out of time.  So with Grandpa here, we made the 2.5 hour drive up to the observatory.  It is the largest single radio telescope in the world, and was filmed in the movie Contact. 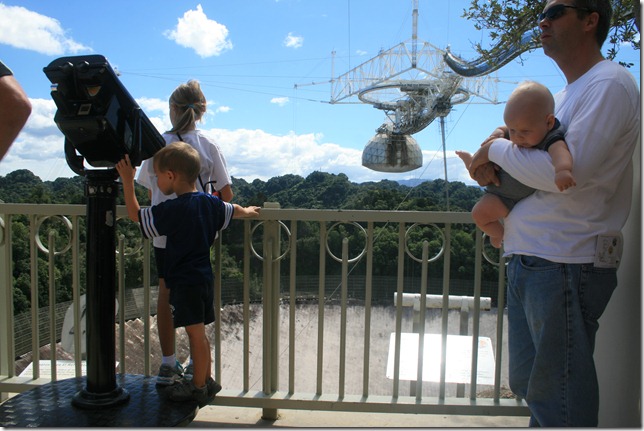 It is located in the beautiful karst mountains of north Puerto Rico, west of San Juan.  In a sinkhole they built a 1000ft diameter telescope.  It is very cool to see and learn about. It was built in the 1960’s.  With this telescope they discovered the exact days of rotation of Mercury.  They can make images of Asteroids, meteors, or planets.  They also have someone listening for extra terrestrial life.  The official statement is nothing has been heard, but they are listening.  Pretty cool. 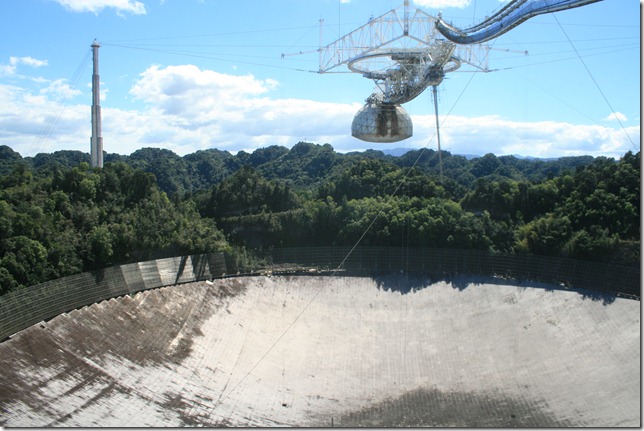 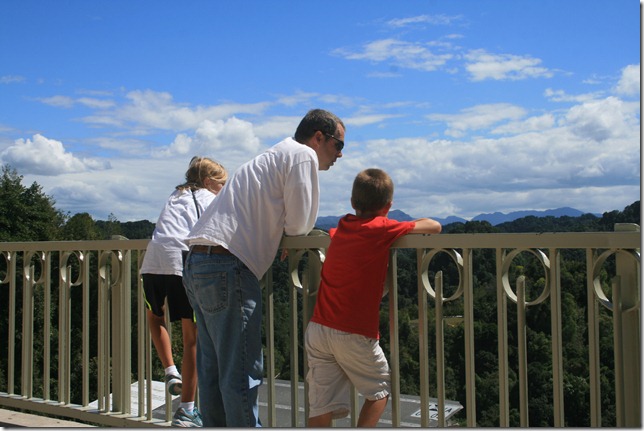