Time had come to move on. We really enjoyed our time in the Dominican Republic, especially in the Samana Bay area, but it was time to head South East again.  We had been watching the weather and waiting to head on to Puerto Rico.  The time came to move while Grandma was visiting.  We hoped she would handle it well.  We considered going at night with everyone sleeping, but the weather was suppose to be nice enough to make the passage during the day.

The Mona Passage is not for wimps though.  All that we had read considered the Mona Passage to be a difficult journey.  This is the passage of ocean between Dominican Republic and Puerto Rico.  It is about 70 miles across and has frequent storms.  It is often subject to turbulent waters.  A lot of boats make the passage at night and hope for lighter winds and smaller waves.  The forecast was calling for light winds and smallish waves.  We really hoped it would go well. 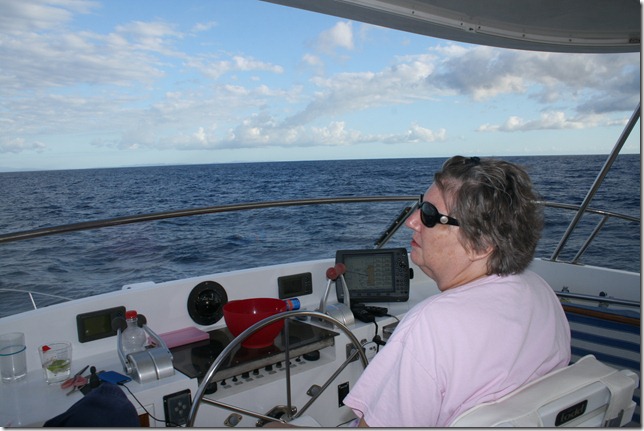 The first 4 hours were a little iffy.  The waves were small, but from all directions which sort of has this washing machine effect on the boat.  It makes it a little icky.  Grandma had been up the night before reading the possible side effects of all the sea sick meds she had brought and now didn’t want to take anything.  The first couple of hours she felt okay—and then it hit and she threw up, once.  We moved her up to the fly bridge, to the Captains chair, to look out over the water.  She took some meds, and did great after that. She sat up top, cooled off eating otter pops, and enjoyed the day.

The closer and closer we got to Puerto Rico, the water just got calmer and smoother. The last few hours were very pleasant.  We made it across and anchored off Mayaguez, PR, just as the sun was setting.  We called Customs and Immigration a few miles offshore to report our presence and to set up a time to report in the morning. 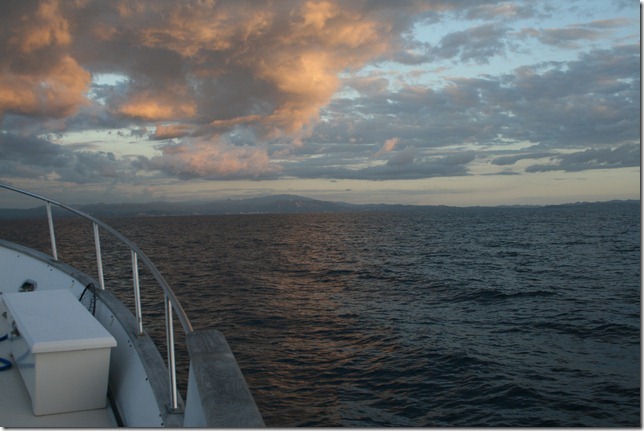 We reported at the ferry dock first thing in the morning to clear in with Customs and Immigration.  We had submitted applications for the Local Boaters Program and were able to sign off on those at this time.  Next time we come back to the US via boat, we will be able to file a float plan online and just call in to immigration, rather than have to report in person.  That will be nice!