I have taken to posting sunsets and the occasional sunrise, we see so many beautiful ones, that I think I will continue this trend… 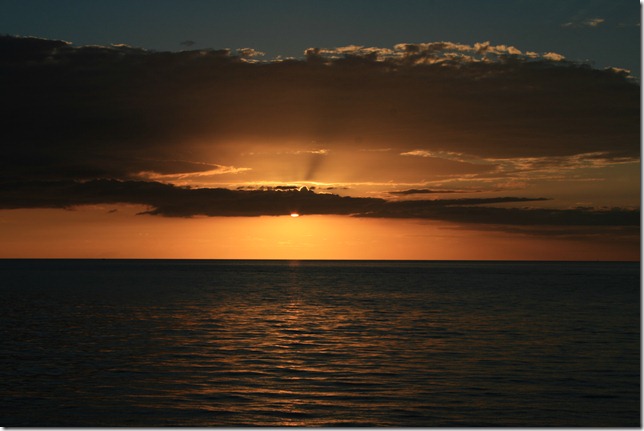 After clearing in with Customs and Immigration at the port of Mayaguez, I went into town to rent a car, while David and the kids and Grandma moved the boat 10 miles south to the Bay of Boqueron.  I had Matthew with me for company.  We headed to Walmart to stock up on some much needed items—the big one being cereal.  Cereal is just not eaten around the world like it is in our home, and it is hard to find for a good price and in the quantity we eat it. 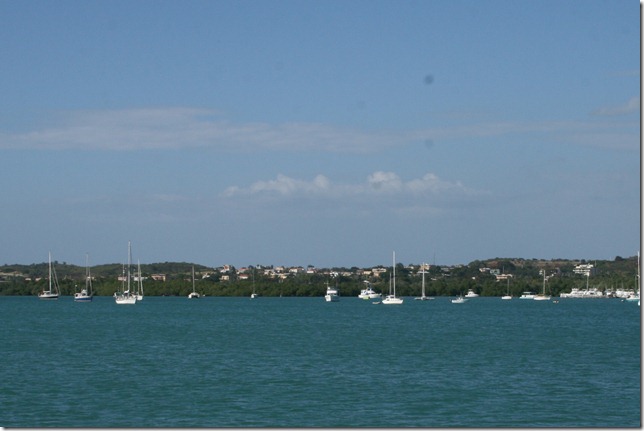 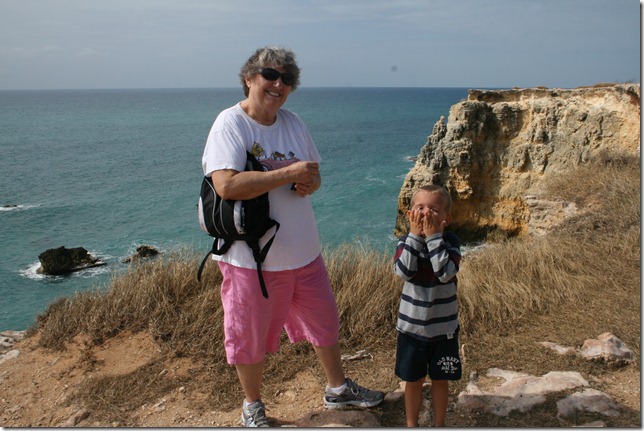 We often use google Maps to find stores or our way around by car, but here in Puerto Rico, the maps are missing a lot.  It was a good thing I asked at the car rental how far Walmart was, because it would not show up on my map at all.  The car rental guy told me how to get there.  It is located in a shopping area.  In the parking lots were parking security towers with security guards up high watching over the parking lot.  About every 20 rows there was another tower.  Made me wonder if theft is a problem here. 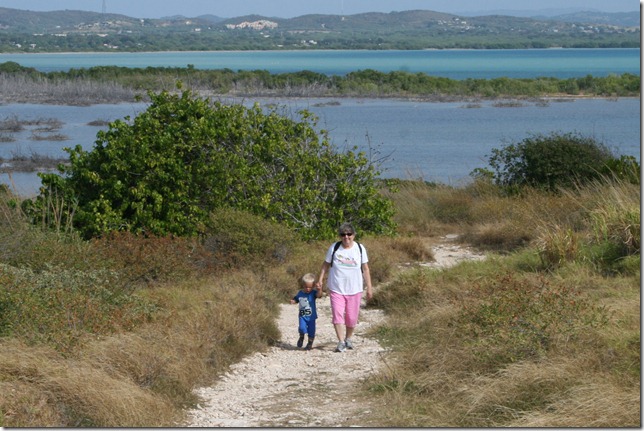 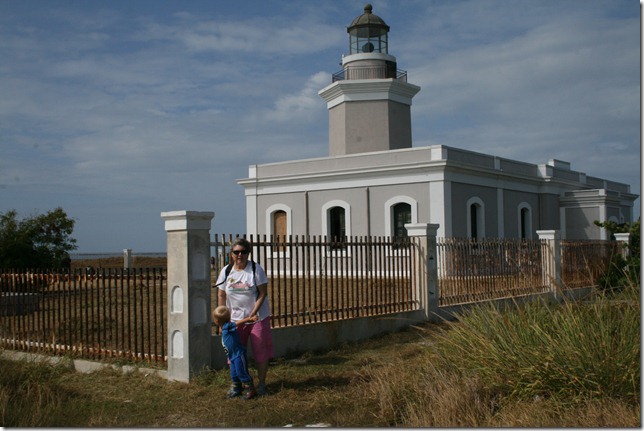 With a car we were able to get a shore and tour the area.  We anchored in Boqueron Bay off of the beach.  We rented a small boat slip from the local yacht club to leave our tender while gone during the day, plus we could park our car at the yacht club. 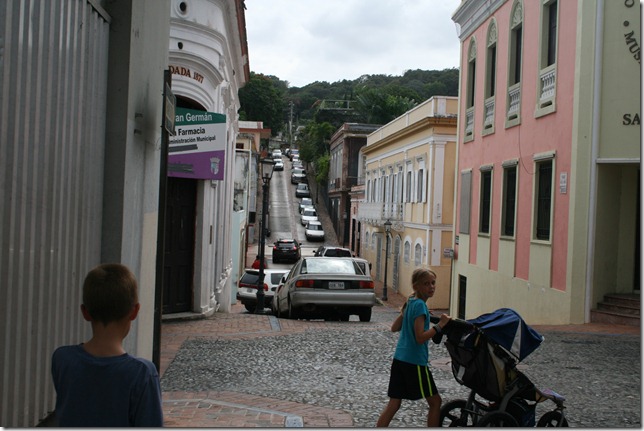 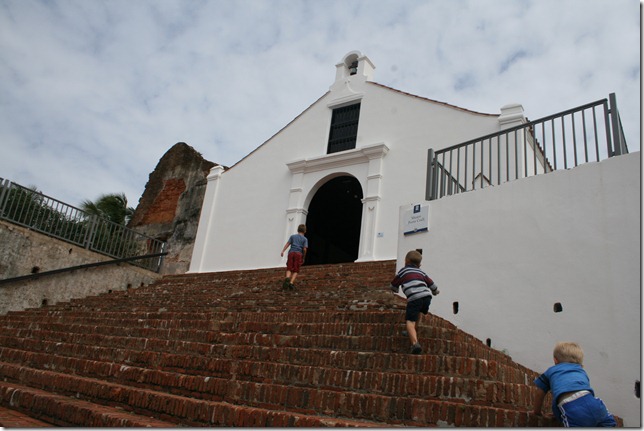 We drove south to the light house and beach on the southwest tip of the island.  We had a nice hike up to the lighthouse and the surrounding area.  We drove around viewing the pretty towns in the hills.  We stopped in San German, a colonial town.  We walked thru the old area, that reminded us of Northern California with its narrow hilly streets.  We then spent the rest of the afternoon at the beach near the boat. 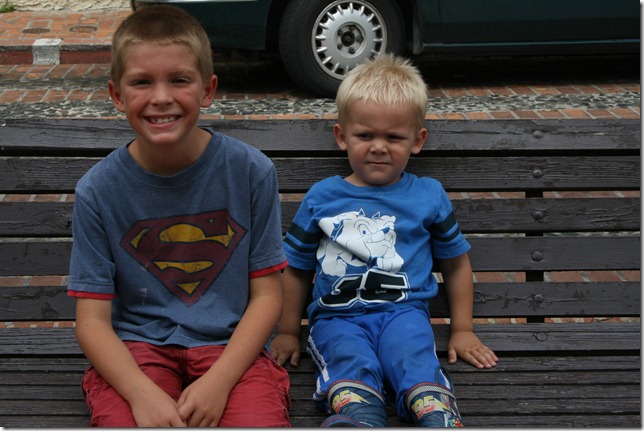 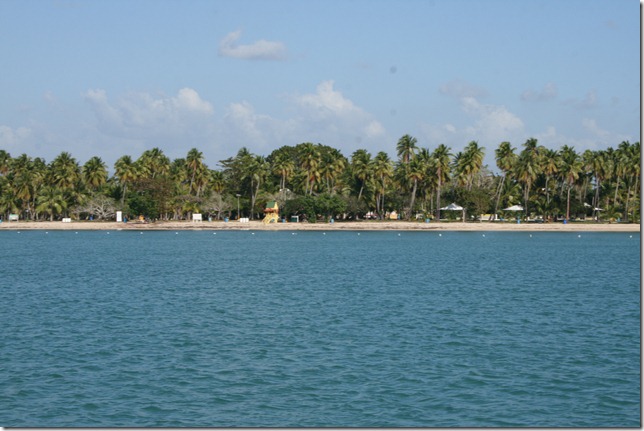 The next day Grandma was flying home in the afternoon, so we decided to leave in the morning and make a few stops of sight seeing along the way.  We choose a small road route that went thru the middle of Puerto Rico, small winding roads going up and over the mountains.  It was beautiful… at one point we were driving along a stretch of road that had thick stands of Bamboo, and they would cross over the road creating a Bamboo tunnel.  We had to turn around and drive back thru it twice.  Matthew loved it too.  He kept telling us to go back to the Bamboo tunnel. 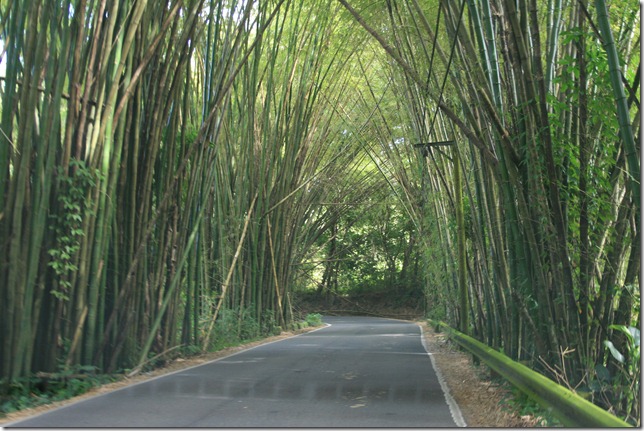 This beautiful route took way longer than we had planned, so our 2 stops turned into just one.  We stopped at the site of some Taino Ruins.  The Taino’s were Indians that lived on Puerto Rico when the Spanish came.  They also lived in the Dominican Republic area, and we saw ruins and pictographs left by the Taino’s there.  It was interesting to see more of the same kinds of drawings on Puerto Rico, this shows that these people were in large numbers and spread out.   The ruins here at this spot, they believe were sacred grounds for the Taino’s.  There are several cleared areas with stones set about them in rectangles.  They believe they were ball courts, similar to the Mayans, but played a little differently.  It was very interesting to see.  While there we had sandwichs for lunch.  The wild chickens and roosters gathered around us of course hoping for a nibble.  Matthew was so worried they were going to get his sandwich, he had to hold it high over his head to keep it out of their short reach while he cried at them to get away.  He made us laugh.  The roosters had such beautiful colors. 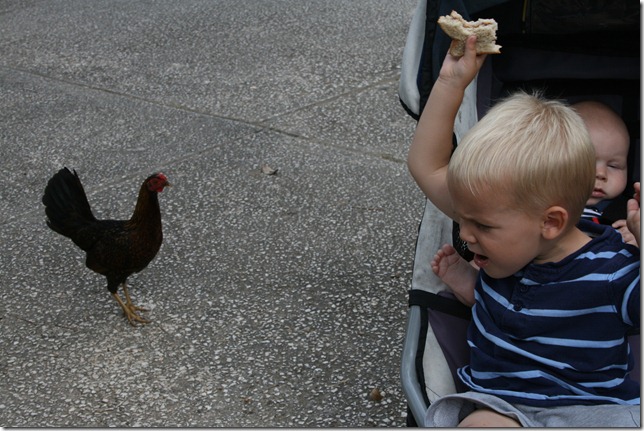 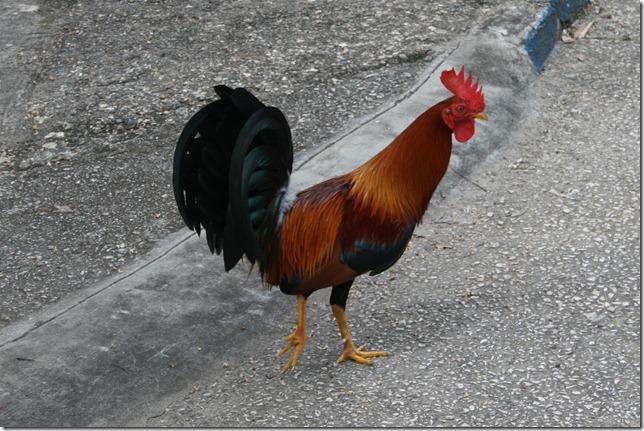 From the Ruins, we had hoped to go to the nearby Arecibo Observatory, but we wanted to make sure we didn’t get caught in traffic taking Grandma to the airport, we didn’t want her to have to rush to make her plane, so we decided we’d have to see the Observatory another time and head straight to the airport. 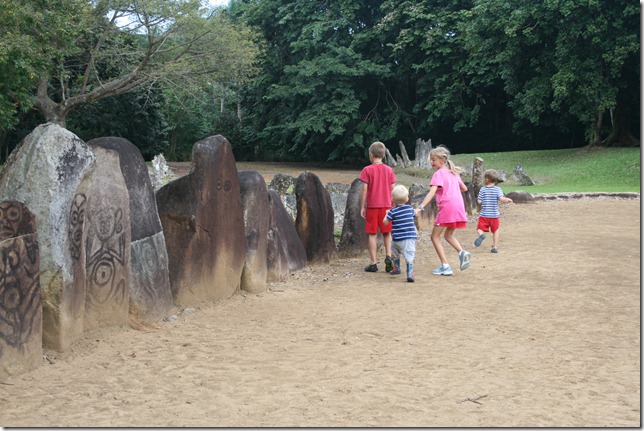 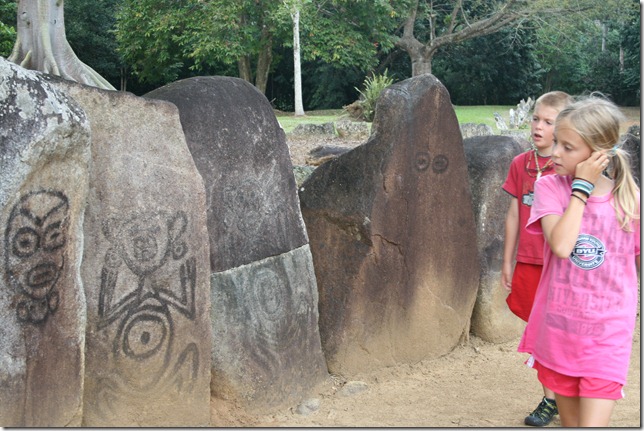 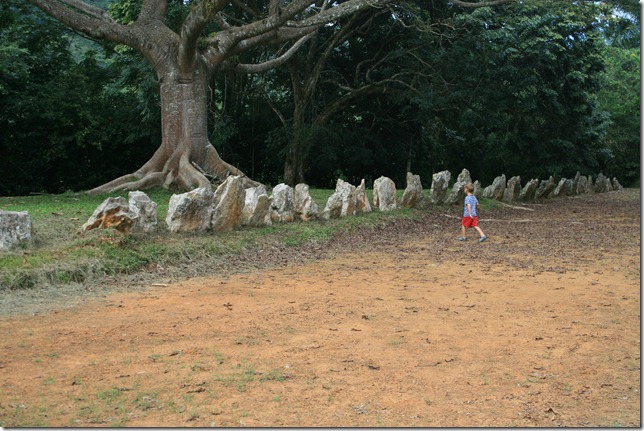 After dropping Grandma off, we went for a little “home cooking”  at COSTCO.  We were excited to be able to restock at our favorite shopping place and eat dinner in the food court, we are big Costco fans.  We have been to Costco in Mexico and Honduras, where instead of relish with your hotdog, you can get hot peppers.  Here in Puerto Rico, they serve Hamburgers and fries at Costco.  Different.  The combo was $5, so we stuck to our usual Pizza and hot dogs, but it is always interesting to see what differences the local culture can bring. I guess they like Hamburgers here—unless it’s a new item all over the US and I just don’t know it. 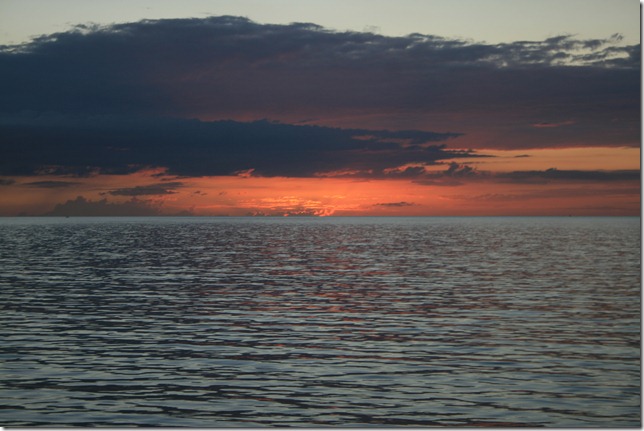 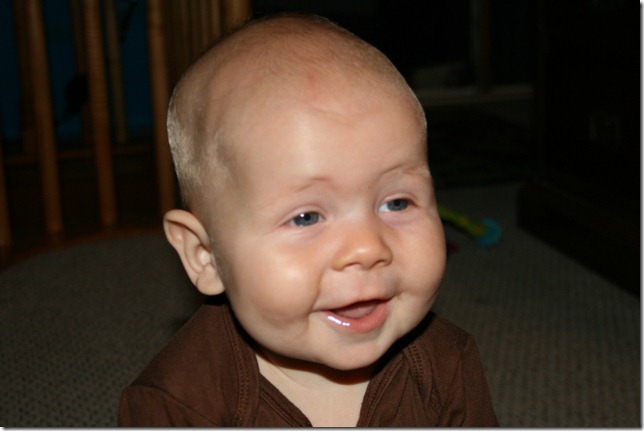 My little Alexander is growing so fast!  He has been such a good little sailor. The Cutie!