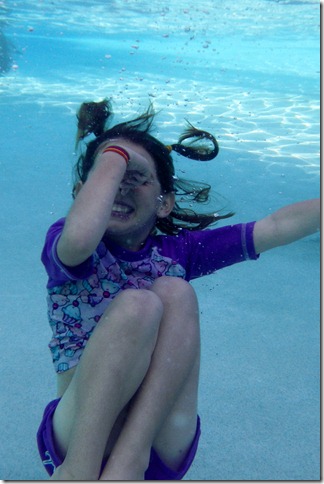 We had planned to just stay a week at Disney World with the Despain Family, but we knew that the week after we were planning to go would have super low crowd levels AND, after you pay for 5 days of tickets, to add an additional day ticket is only $8 per day per person.  It is sooo cheap to stay longer—you just have to pay for a place to stay and food.

I needed to fly home the 2nd week of Jan, to wrap up year end stuff for our company… boring work.  So David decided that rather than hang out on the boat waiting for me to get back, they would just spend the extra time at Disney World.

Rather than stay in another hotel all week, we booked a condo thru Grandma and Grandpa’s timeshare.  This way we would have a kitchen and could lower our cost of food, but having breakfast in the morning and taking lunch and snacks to parks.  We would only have to eat out for dinner.  The kids, of course, were thrilled to stay another week.  However, on Sunday it was said “It is not as fun here with out the Despains”.  Our friends were missed. 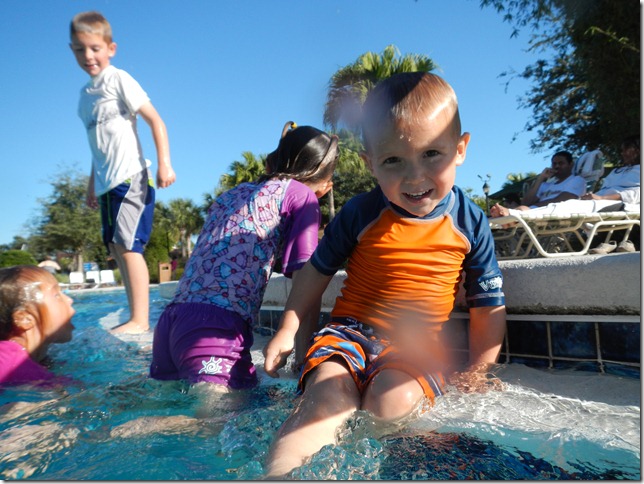 Since we were spending a total of 10 days in the parks, we decided to stay and hang out at the timeshare on Saturday and Sunday.  They had a big pool with water slides and lazy river, so there was plenty to do.  Even in the condo the kids found activities. 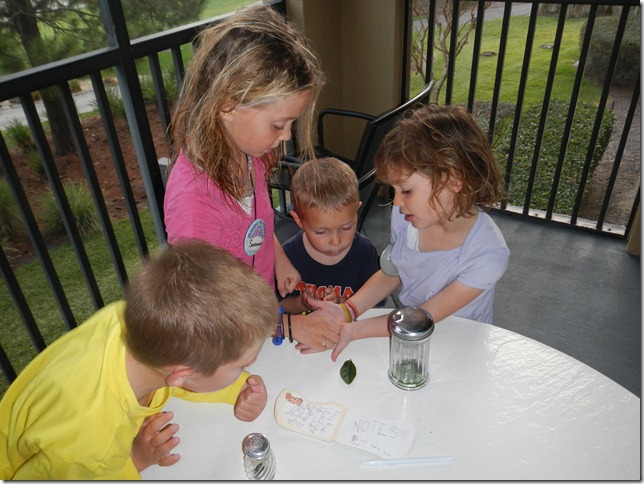 Savannah collected lady bugs on the patio and opened a lady bug museum and exhibit, complete with observation notes. 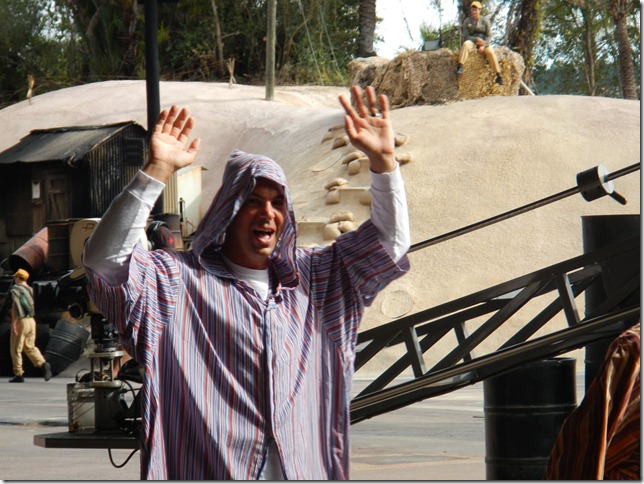 On Monday, we were back in the parks and off to ride our favorite rides. David even got to be an extra in the Indiana Jones show. The week before we found that Benjamin was about half an inch to short for most of the rides.  On Monday we really wanted him to ride the Star Tours/Star Wars ride.  I knew he would love it, and Isabel really really wanted him to go on Tower of Terror.  We tried to put some folded napkins in his shoes, but it didn’t work, he was still too short. 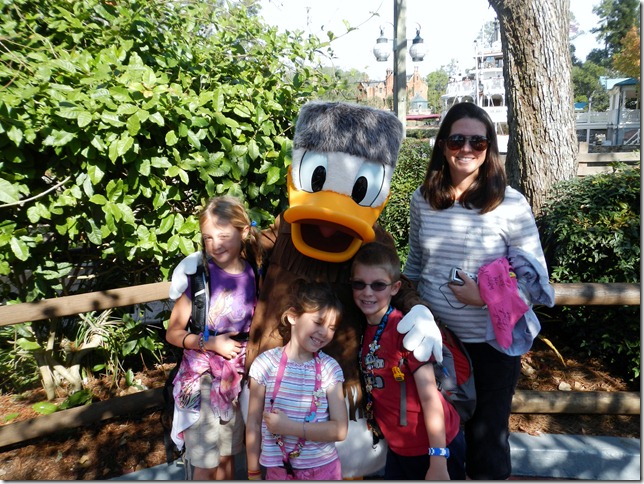 Later that day, Isabel begged us to try again, b/c she knew he would just LOVE tower of terror.  She was so persistent that we decided to get more napkins and try again.  His toes barely went in his shoes, and he walked like he was wearing flip flops, but he was tall enough!  He could ride Star Tours and Tower of Terror. 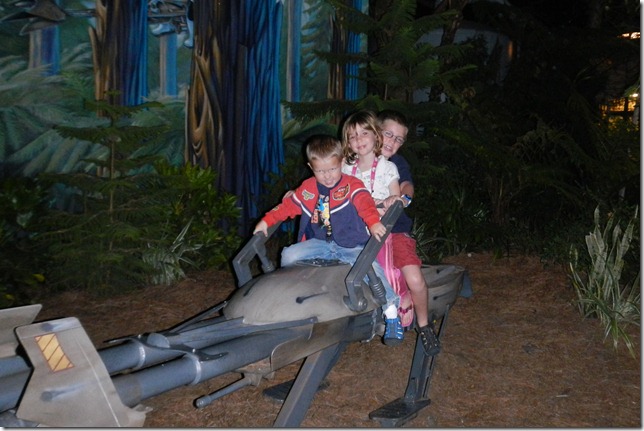 And she was right—he loved them both!  He had a great time that week trying all the rides he could now go on.  He would turn to people here and there and say “my dad put napkins in my shoes so I could be tall enough to go on the rides”  with a big smile on his face.  He was so cute.  He even begged for more napkins to make him another 4 inches taller so he could ride another new ride.  That wasn’t going to happen. 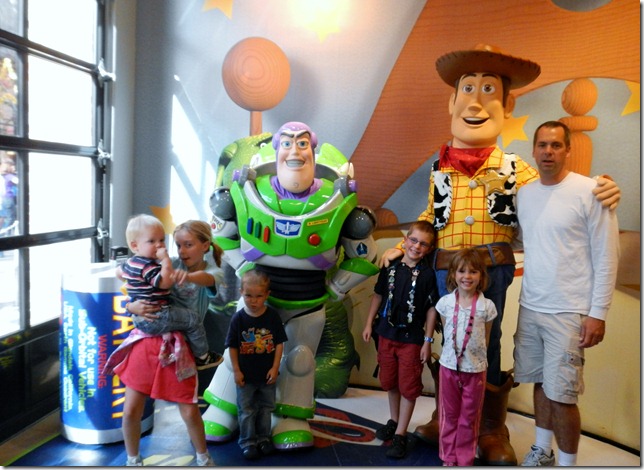 I left on Wednesday to head back home; David spent another 3 days in the parks.  After the end of the week he said he’d had enough DW this year. While I was gone they spent more time in Epcot, one of our favorite parks.  The kids love the innovation buildings with the learning games and going inside the big ball for the games in there. 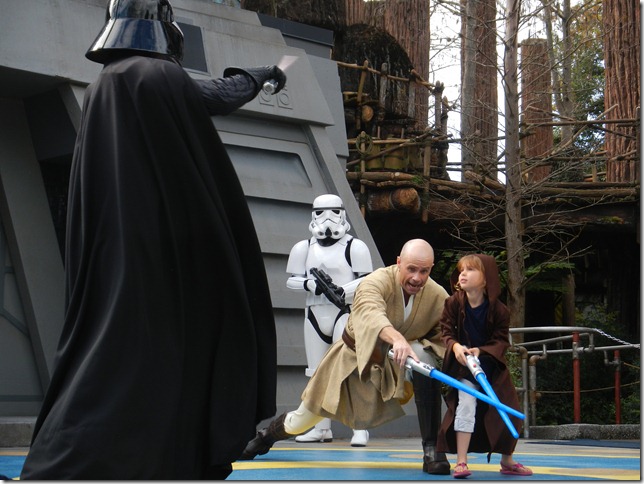 The kids got to go back to Hollywood studios for a third day and participate in Jedi Training again.  It was fun to see the new changes they’d made to some of the rides in all the parks.  Star Tours was great, and so was Haunted Mansion’s changes. We got to help test a new game at Magic Kingdom called Sorcerers of the Kingdom, which is similar to playing Kim Possible in Epcot, which my kids love. We also got to see a Memories show, where they project onto the castle pictures and images and the castle changes shapes.  It was very cool, David LOVED it.  It was especially neat to be there at the holiday time of year to see all the beautiful Christmas lights. The castle is just gorgeous with its Christmas lights.   It will be fun to go back in a few years and see what else is new, and of course ride our favorites. 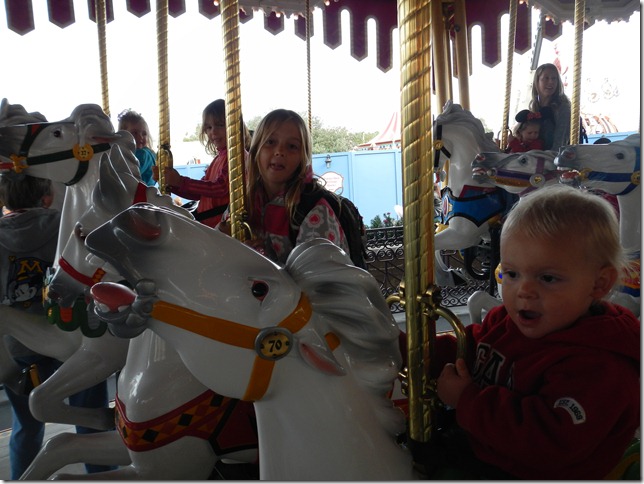