We left home almost on time only to get 45 mins down the road to have a tire blowout!   A nice trucker warned us something was wrong so we were already slowing down to pull over when the entire tire came off the rim. 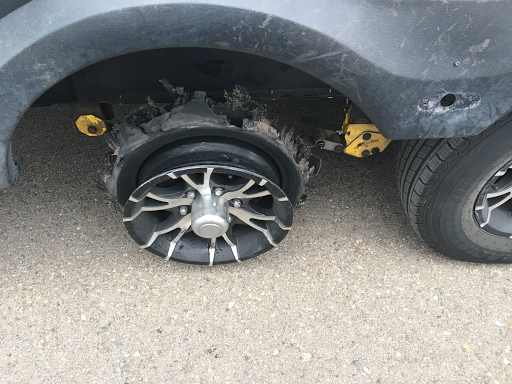 After changing it out for the spare we headed 10 miles back to Caldwell to get a new tire.  Honestly the timing could not have better.  We just purchased that particular tire (and one on the other side of the trailer) a couple months ago in Florida at Discount Tire.  So the Discount Tire in Caldwell replaced it under warranty for us.  We called ahead and they had us fixed up and on the road in 20 mins.

Several hours later we finally caught up with our friends, that werenotdelayed by a bad tire.  We all stopped at Emerald Creek Garnet Area, in northern Idaho.  We arrived to late to use the facilities and their gen sifting equipment.  But the kids had a fun time playing in the creek and pulling up teeny tiny garnets. 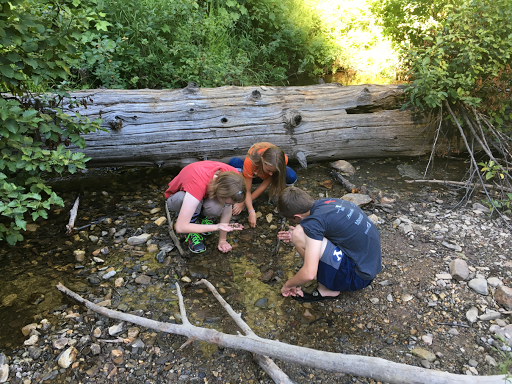 For the first leg of this trip we are traveling with 2 families from home.  For dinner they came to our campsite to eat.  We were staying on a private RV park in Cataldo, ID, that was not very kid friendly and they were not thrilled with all the kids and the noise they bring.

In the morning we met up with a Despain, and a few Miller's and started a 40 mile bike ride on the Trail of the Couer D'Alenes.  Calvin, Isabel and I did the 40 mile leg, while David drove the rest of the kids to a point further down the trail.  An hour and a half later, all 3 families met here to ride the last 20 mikes together.  We stopped at 10 miles in the cute town of Harrison for ice cream, then biked 10 miles back to the cars.  The scenery was beautiful! 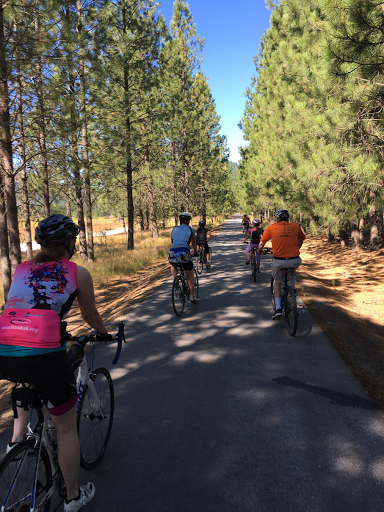 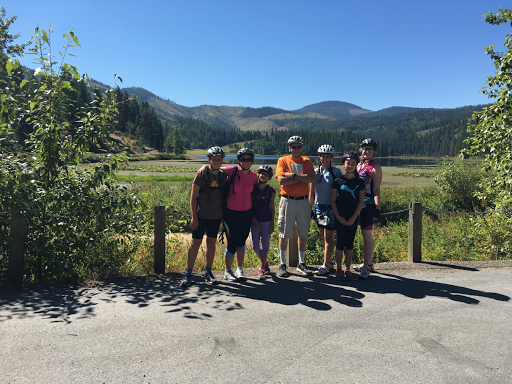 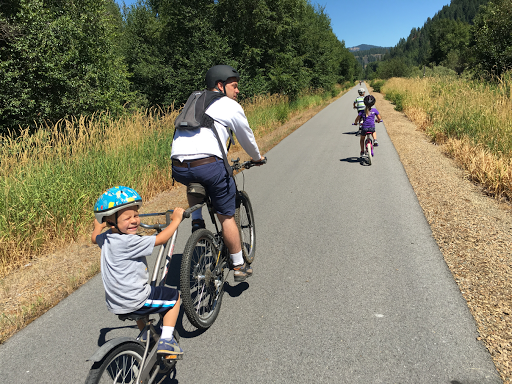 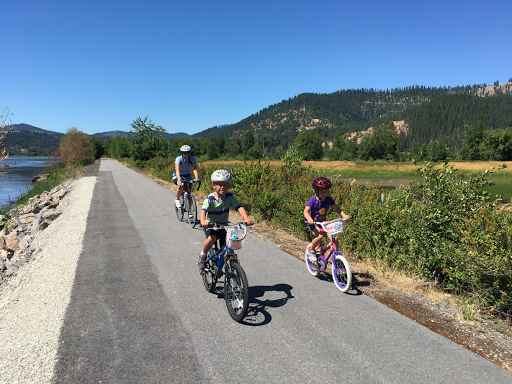 We ended the day with dinner at the Miller's place, which had a fun playground for the kids.  The favorite was the life size chess board.

Day 2 brought more bike riding! This morning we conquered the 15 mile Route of the Hiawatha.  The bike trails from both days are converted old railways.  The Hiawatha has 10 tunnels and 7 trestle bridges.  We like most people ride from the top down. Starting in Montana at East Portal at the 1.6 mile tunnel. On our drive there we passed a moose on the side of the dirt road.

We began at the long tunnel.  It was so cool!  Although Matthew was quite scared of the very dark tunnel.   He kept slowing down, even though I tried to explain the faster he pedaled the sooner we'd be out.  We each had bike lights or headlamps on our helmets so we had plenty of light.  The views from the trail and bridges were beautiful. I'd totally do that ride again!  At the end of the trail we all rode the shuttle bus back to the long tunnel.  You make one more ride thru it to get back to your car. 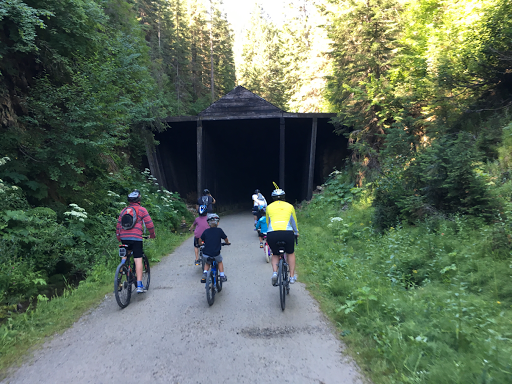 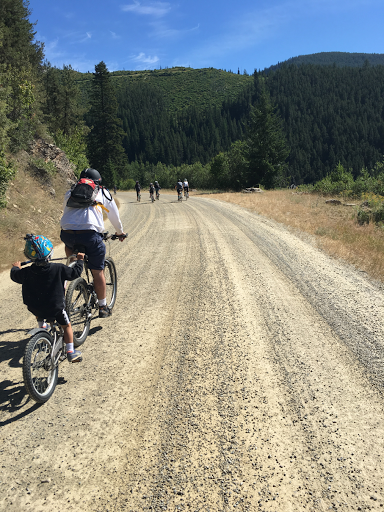 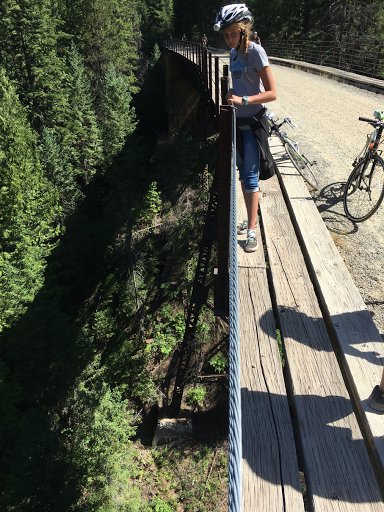 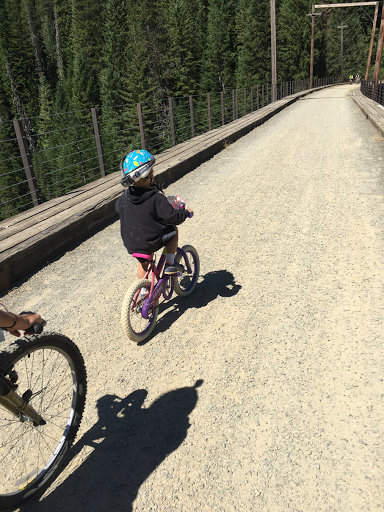 From here we had a 6 hour drive to reach Mountain View Alberta, just outside of Canada's Waterton National Park.

I was slightly worried the border crossing would want us to relinquish food I had prepped for the trip, but they did not ask one question about food!  I had read various opinions online about taking food across the Canadian border, but we had no problem at all.

An hour late we passed thru Cardston Alberta and the beautiful Temple, and arrived at our shared house outside of Waterton.
Posted by The Blood Family