Our 2 stops in Arizona included Canyon de Chelly National Park and the Petrified Forest.  Canyon de Chelly is located in the Navajo Nation.  It is a beautiful area with gorgeous overlooks.  There we learned more about the Navajo People, and the ancestral Pueblos'.  When they left the Mesa Verde area, they headed to several different areas, and this was one area they found evidence of them.  Here they also built cliff dwellings. 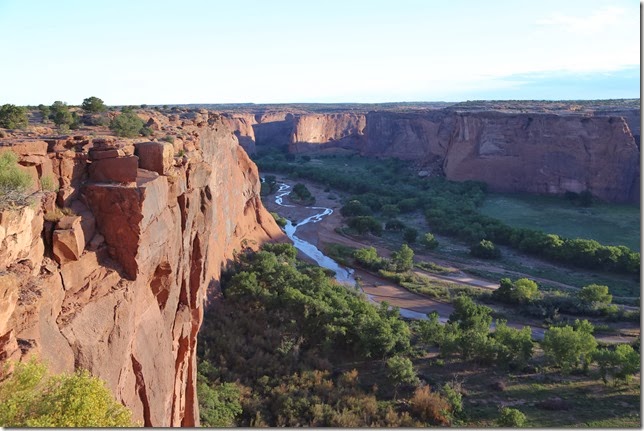 We arrived in the area around dinner time, and checked into one of 2 hotels in the area.  This was our first night in a hotel since we left Idaho, 3 nights before.  It was sooo nice to sleep on a mattress, and the shower was wonderful!

We spent the  morning driving around the park and viewing the beautiful scenery.  We noticed at every overlook there was a sign to lock valuable in your trunk, and lock your doors.  They seemed very concerned about theft in this park.  We didn’t have any issues, and enjoyed our time there.  At the visitors center the kids earned their junior ranger badges and learned more about the Navajo’s  They had a model of a Hogan, a circular room built next to a home and used for sacred purposes.  At Mesa Verde we had learned about the Kiva, built by the Pueblo’s, also a circular building, or room in the home, built for religious and sacred services.  It was interesting to see the similarities between the cultures.  But what I found more interesting was that while driving through Arizona and the Indian reservations, most of the homes had modern day Hogans built next to their home or somewhere on their property.  This tradition is still in practice.  I don’t know if the religious meetings held inside the Hogans are the same as 1000 years ago, but clearly it was a very important part of their culture and still continues today. 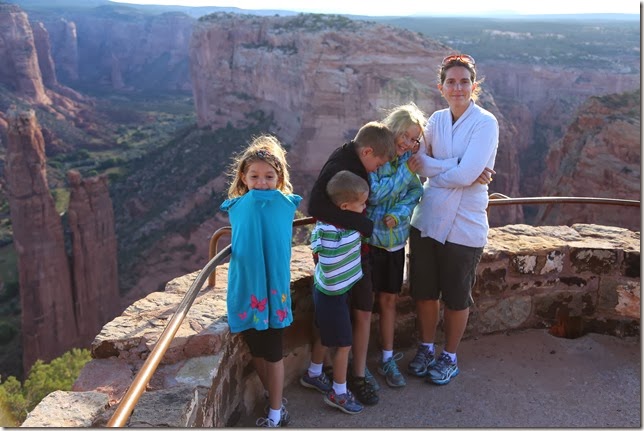 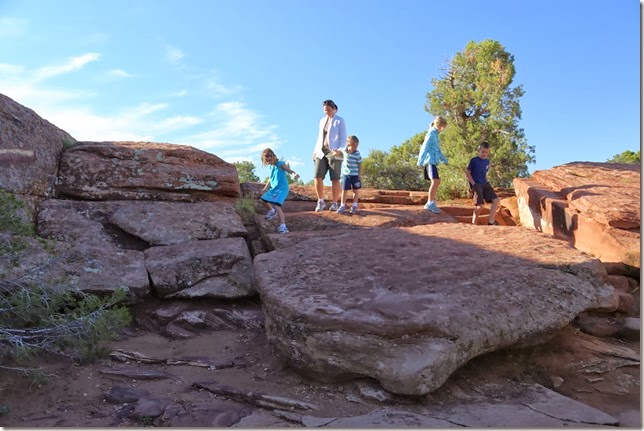 From Canyon de Chelly, we drove further south to the Painted Dessert and the Petrified Forest National Park.  The north end of the park, is truly a Painted Dessert.  The reds, blues, and purples found in the rock, buttes and plateaus were beautiful to see.  Again, another great scenic drive.  We headed to the south end of the park where we could view the Petrified Forest, ,or in reality – what’s left of it. 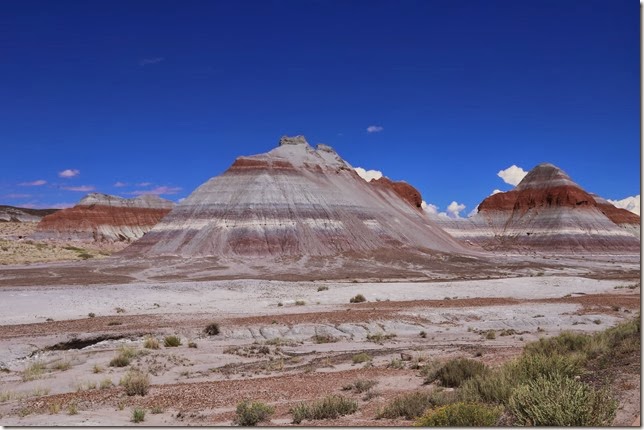 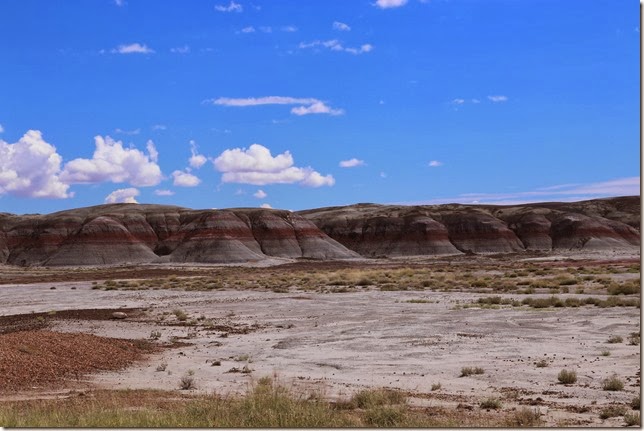 I didn’t know anything about this park.  I thought we were going to an actual forest.  Savannah, our future mineralogist picked out this stop.  It was fascinating.  Here is what we learned—no forest now.  200 million years ago, when the continents were all together, what is now Arizona, was very close to the equator, and a tropical kind of tree grew there in a thick forest.  Dinosaurs even roamed this forest.  Then came the Ice Age, and the world froze and the landscape changed.  The trees fell, and were buried and became petrified, and are now ROCKS.  Over a hundred years ago, erosion began to expose what had been buried so long ago.  It is so fascinating, because looking at them, they look like tree stumps, but lean in close, and sure enough—ROCK.  Hollowed out trees, developed different geologic formations as they were petrified and have a beautiful look to them. Trees that had not hollowed out had less of a rock look, and really looked like trees and wood.  In the picture below, what looks like rocks all over the low ground, is really petrified wood. 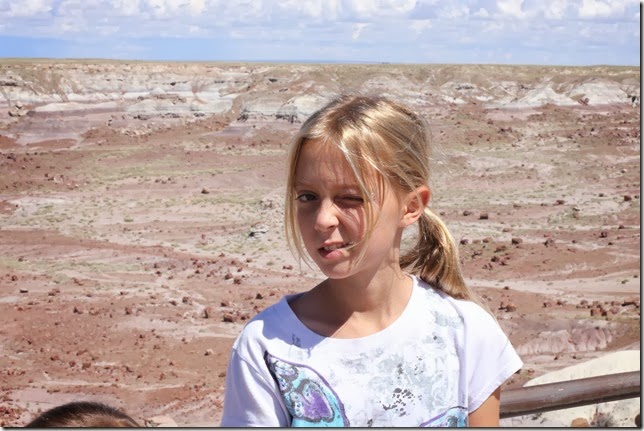 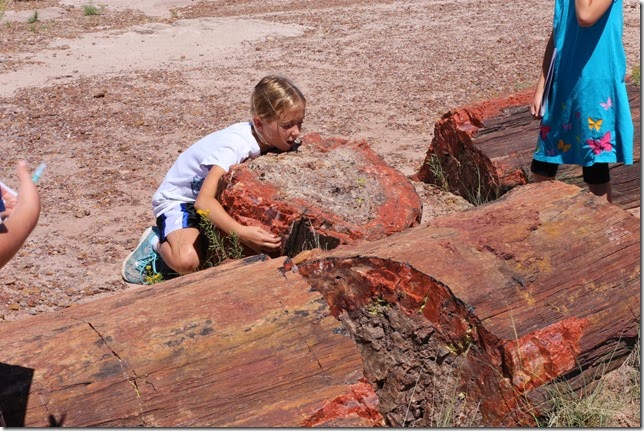 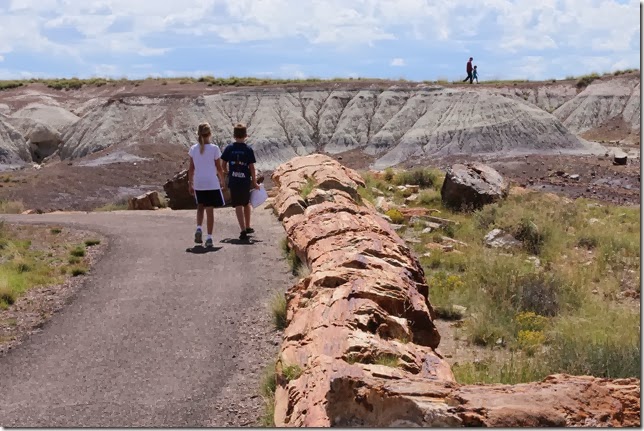 As we walked along a trail through thousands of fallen trees, I was in awe of what I was seeing.  Several areas on the trail looked as though someone had been chopping wood.  There were piles of slivers of wood, but as I picked up a handful and felt them, they definitely were no longer wood.  It was hard to align what I was seeing with what my hands were touching.  They looked like wood, but felt like rock. 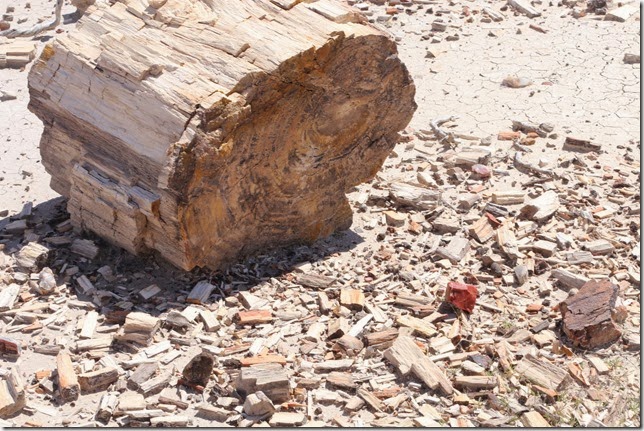 The petrified wood was found in the late 1800s as the plateaus around it became eroded away and exposed the secrets of the earth below. Much of the petrified wood was taken and the area was damaged.  It became a National Park in 1906 to protect and preserve what was left, and it is globally known as the best and largest preserved area of petrified wood and geologic formations from the Triassic period. 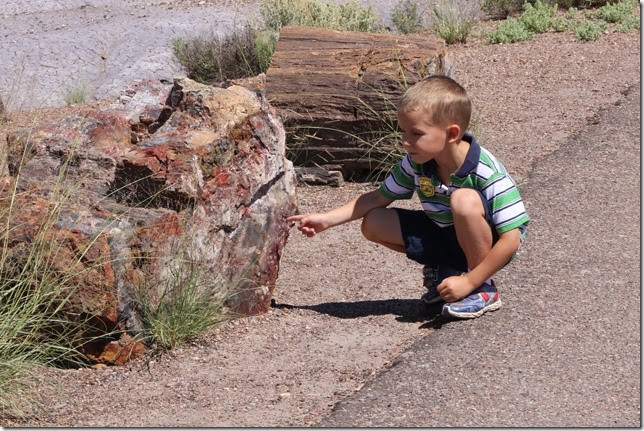 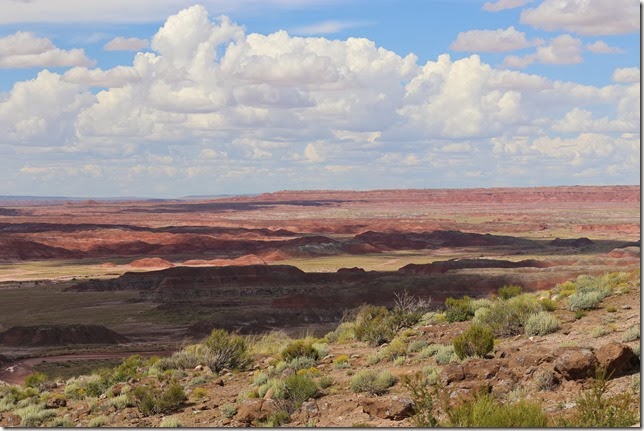 After our afternoon of Triassic exploration, it was time to head to New Mexico.  We had a late drive to Albuquerque, where we were going to stop for the night.  Arriving for a late dinner in Albuquerque, we looked up a local pizza place, and enjoyed some yummy blue corn crust pizza.  It was delicious, and we had a great dinner on the restaurant’s patio, hiding under an umbrella while it rained on us!  Memorable experiences. 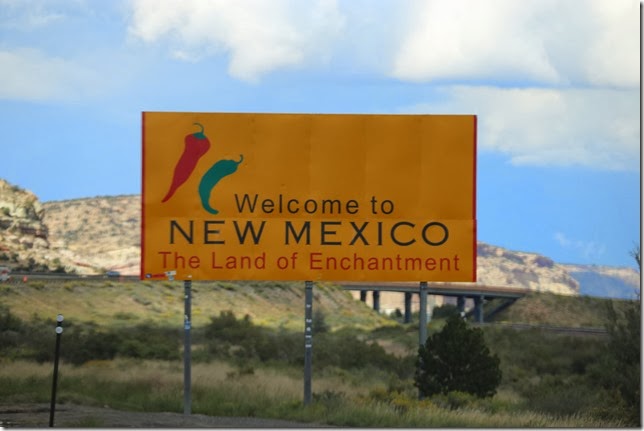